For us, the highlight of Houston was Jon’s homecoming to the Johnson Space Center, where he spent a spring and two summers as a co-op during college. It was great to tour the space center and see all of the changes as well as his old friends who still work there.

We spent most of Sunday driving to Houston where we stayed with the same Nina who had driven to Austin to see us. Ever since driving past a store called Fish Gallery (which apparently sold aquarium supplies), I wanted sushi, so Sunday evening we went to Osaka Japanese Restaurant. Osaka was very good. The meal started out with a nice surprise when the waitress brought over two appetizers on the house and the meal ended with complementary ice cream. Even without the extra’s, the sushi at Osaka was really yummy and worth a visit back if we lived closer. After dinner, we played a few games at Nina’s and watched a movie that we rented. 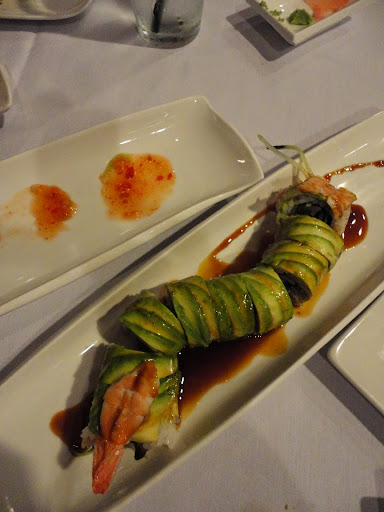 On Monday, Nina had to go to work, so Jon and I were on our own. Jon lived in Houston for a few months during a college co-op, so we had a pretty good idea of what to do. We started by driving towards Johnson Space Center, passing the city skyline, and took a detour to see the Kemah Boardwalk. Our time in Houston, like our time in the rest of Texas, was unusually cold. The cold, along with it being a Monday morning, left the Kemah Boardwalk mostly deserted, but we walked around for a while. For lunch, we stopped at Neptune’s Deli. Neptune’s Italian sub was just alright and the salad wasn’t impressive; however, Neptune’s seems to have carved out a loyal niche of locals because of their Bald Mondays which offer discounts to the hair challenged. It has been 11 years since Jon has been there, and while he remembered some things, a lot seemed to have changed in the area.

For the afternoon, we toured Johnson Space Center, where Jon used to work in college. We bought tickets at Space Center Houston in advance online and saved $5/ticket.  Space Center Houston is the museum adjacent to the space center. I was surprised at how big the space center was and realized we should have given ourselves much more time than we did. When we arrived, we were greeted by the mock-up Independence space shuttle perched atop a modified Boeing 747 airline used to transport the shuttle back from landings in California.  The area around this exhibit was still being constructed, but is due to be completed in early 2015. 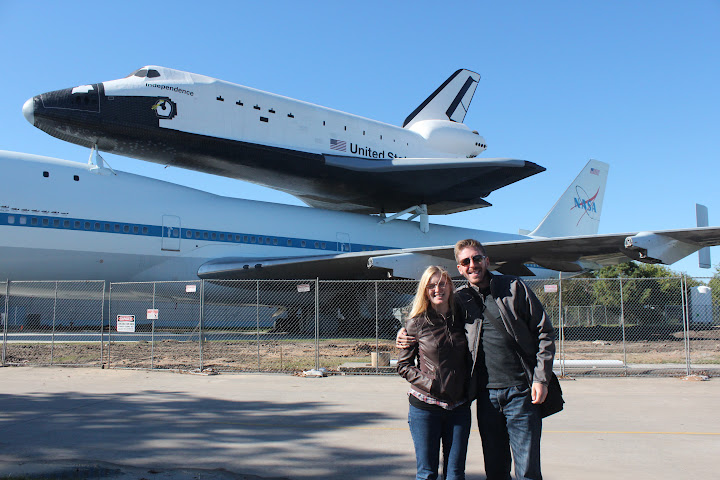 Inside, we went straight to the tram tour of the space center, which is the number one attraction. The tram tour is about 90 minutes long and is an open air tram (that was cold for us). The tram drives through the NASA campus as the guides explain what type of research is done in each building you pass. 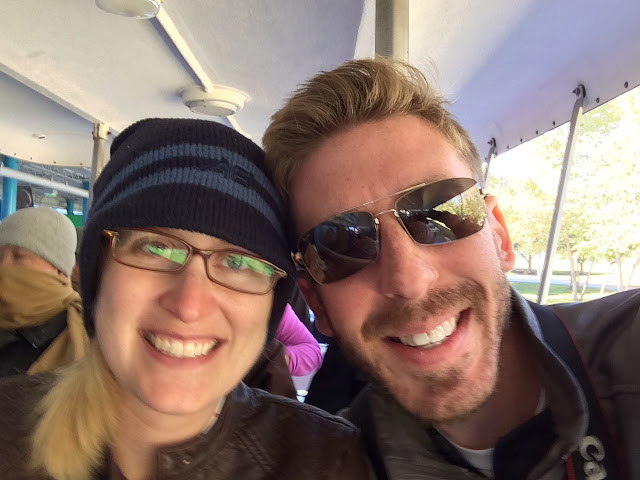 The tram has three stops. The first stop was at the Historic Mission Control Room. This is the room that controlled the Gemini and Apollo missions. The room is a historic landmark and retains the original equipment and work stations used during the missions.  As a co-op, Jon had the opportunity to sit in the room and watch the movie Apollo 13. 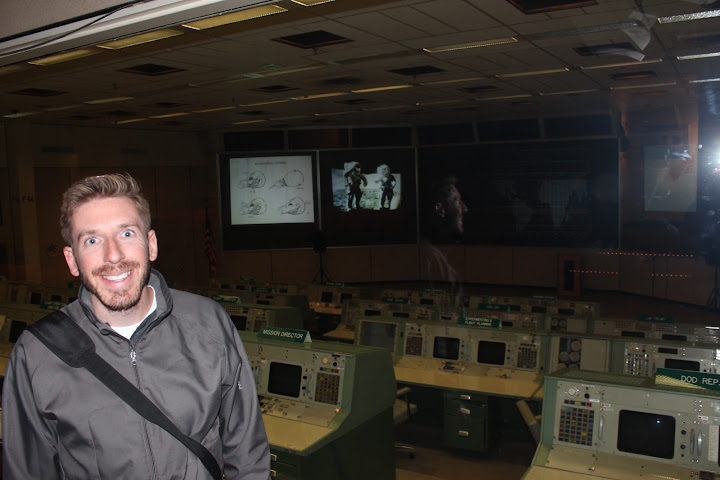 The second stop was the Vehicle Mock-up Facility, where new and existing spacecraft are tested and astronauts train. The tour walks along an enclosed catwalk which overlooks mock-ups of the International Space Station, the retired space shuttle (due to be removed), the new Orion capsule, and robotics equipment used to train astronauts. 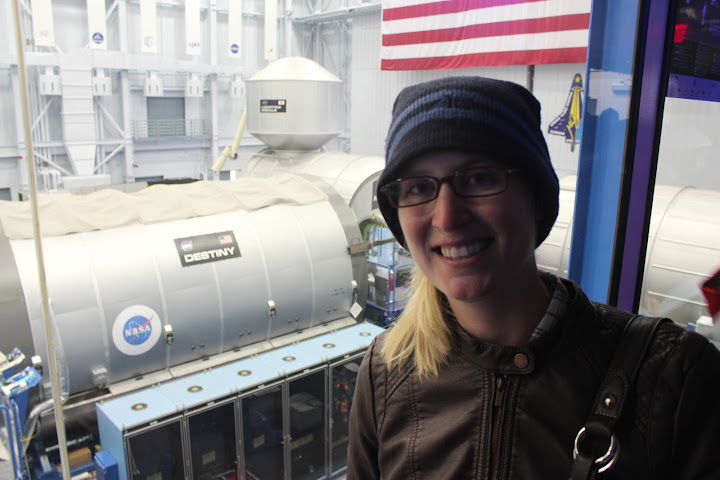 The final stop of the tram tour was Rocket Park, where one of three remaining Saturn V rockets is housed.  The Saturn V used to be outside when Jon was a co-op, but to protect it from the elements, a warehouse like building was built around it.  This type of rocket was used to take humans to the moon and is the most powerful ever built. 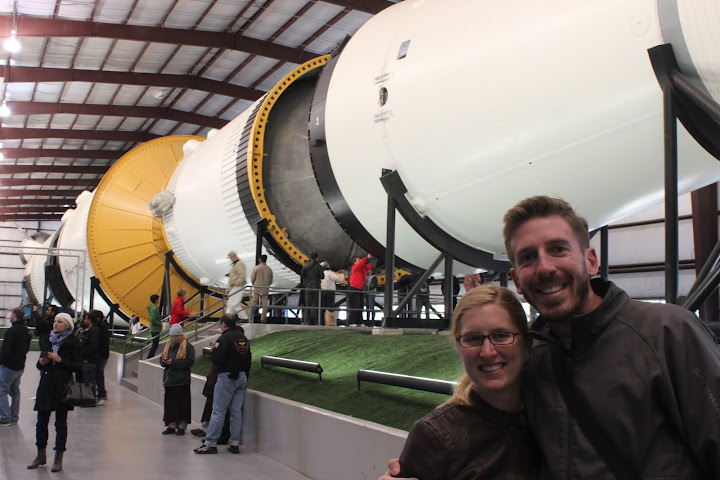 When the tram tour was over, we only had about an hour to look at the other exhibits in the museum. We started in the Spaceship Gallery. The exhibits were interesting, but I was most impressed by the number of actual spacecrafts (that had been in space) on display instead of models. Another interesting exhibit discussed methods to generate construction materials, energy resources, and life support from lunar soil and ended with a moon rock that you could touch.  We wanted to see more, but got kicked out at closing time.

For dinner, we went to BJ’s Restaurant and Brewhouse, where three of Jon’s former NASA co-workers met us. We enjoyed the beers and food at BJ’s, but the conversation was the highlight of the meal. Jon’s friends were very interesting and all still work for NASA, but on very different projects from each other. 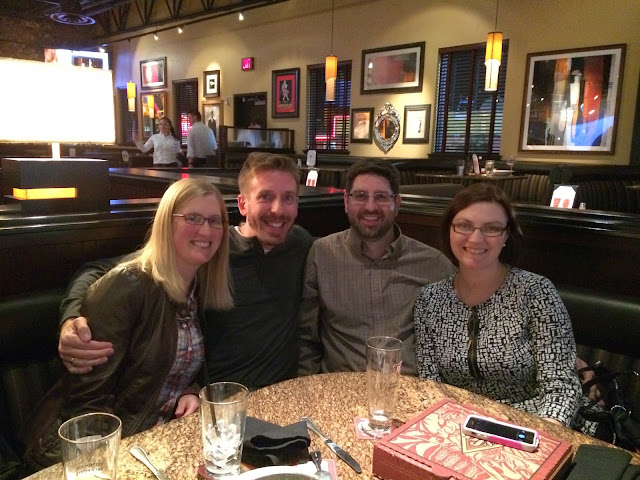 Our next real destination was Gainsville, FL to visit my sister. The drive from Houston to Gainsville is over 12 hours. We were going to divide it into a three day drive, but decided to squeeze it into two days and get there faster. Before starting, I checked roadsideamerica.com to try and find a few stops to break up the driving. 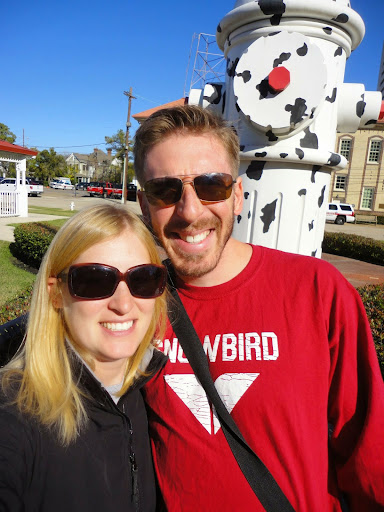 After failing to find a large accordion, our second stop of the day was to a frog statue in Rayne, LA, the frog capital of the world. 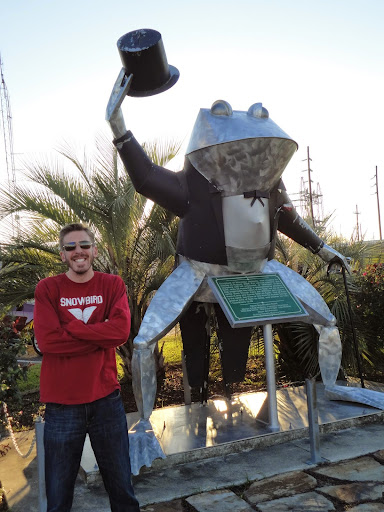 We got dinner at Southside Cafe in Slidel, LA. We were hoping for New Orleans / Creole classics, which Southside had a few of. But Southside was more of a neighborhood sports bar with a nice tribute to the local servicemen.  We broke up our trip to Gainsville by stopping for the night in Mobile, AL.  We finished our drive to Gainsville the next day with very little interesting sights on the way. 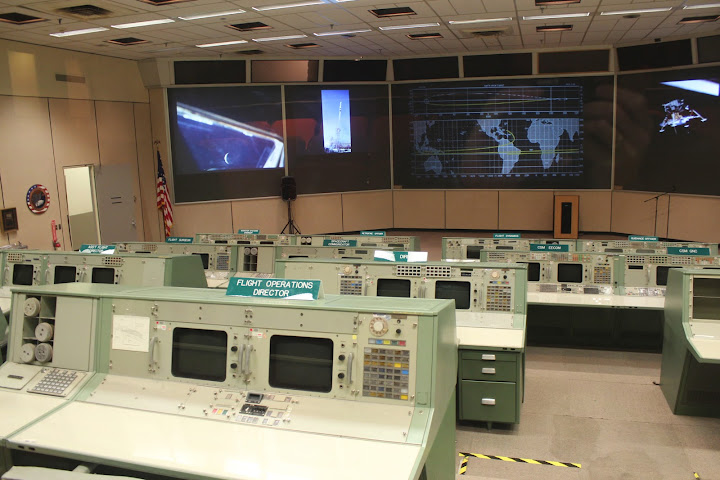 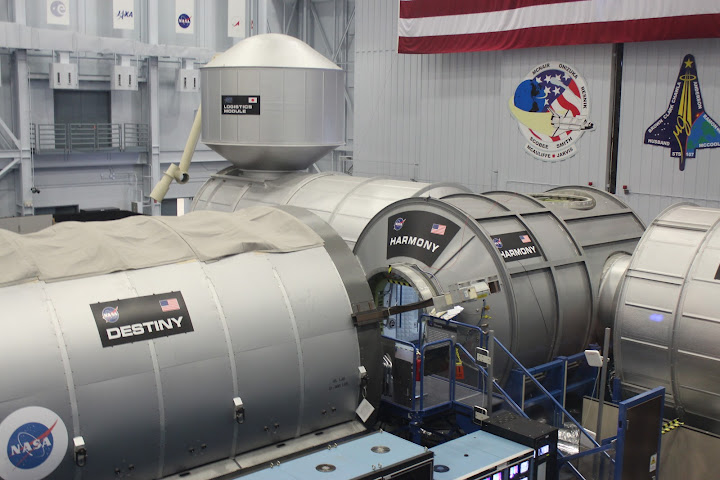 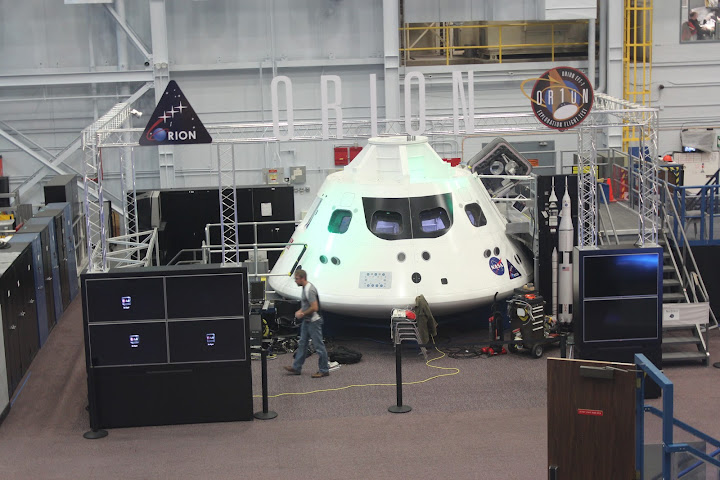 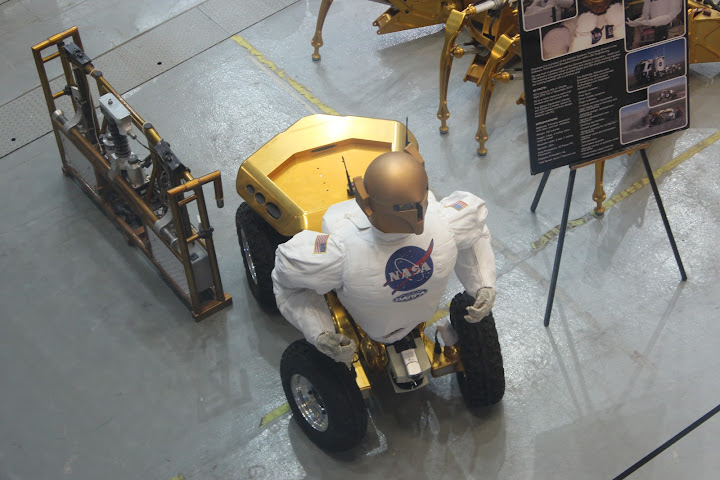 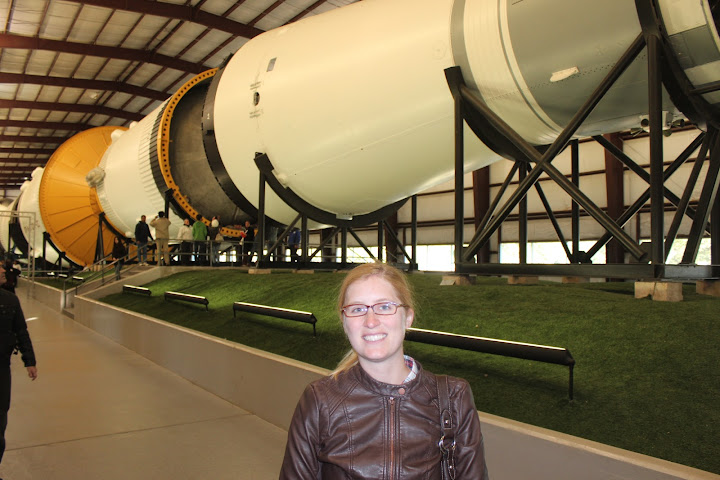 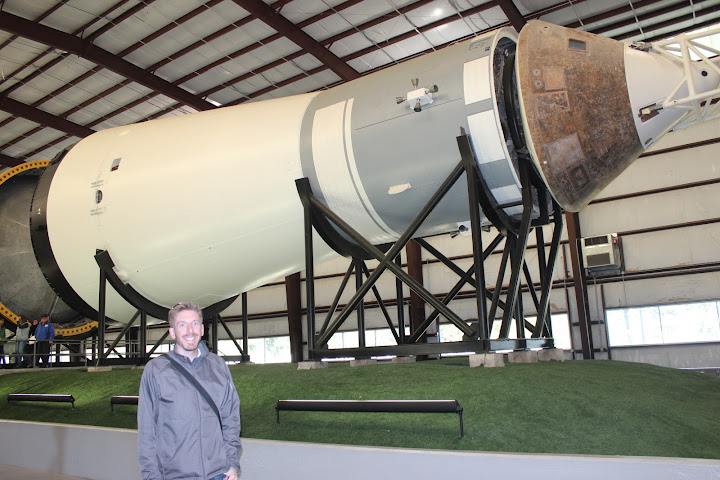 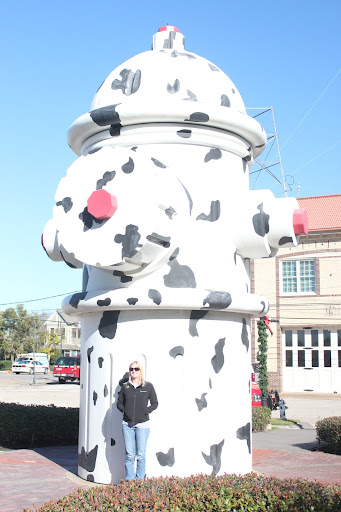