Hi, Herrwego Nation! This blog entry is brought to you by guestblogger and new Gainesville resident, Marisa Pacella. Alexis and Jon went pretty much straight from Texas to Gainesville, FL as they’ve done New Orleans before and an extra day together was way more appealing than Alabama or Mississippi.

Alexis and Jon (A&J) arrived in Gainesville on Wednesday at dinner time. I took them to dinner at the super popular bar and restaurant The Top. The Top is a Gainesville classic in more ways than one. The décor is purposefully eclectic with rotating local artists’ paintings, unique light fixtures, and tropical plants. We had drinks from Florida breweries while at the bar. Food options at the Top (and a number of Gainesville restaurants) are pleasantly vegetarian-friendly. We enjoyed the most popular appetizer, Corn Nuggets. Then, our main courses were the pecan-crusted tofu, the spicy noodle bowl with pork, and short ribs. Any guesses as to who ordered what?? 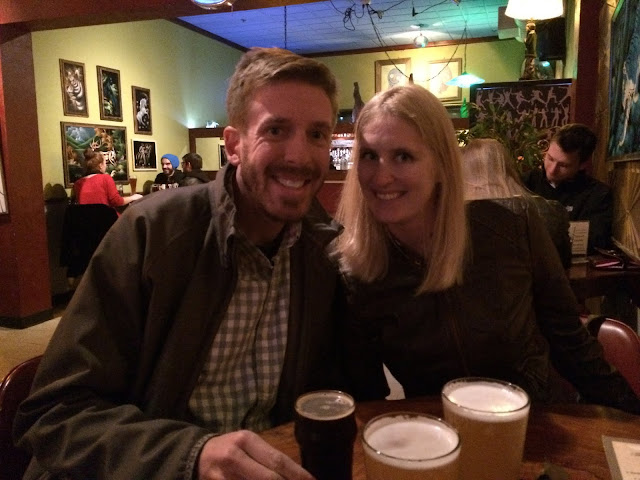 Pre-dinner drinks at the Top

After dinner, we banded together to form the formidable Trivia Night team: The Inigo Montoyas. (You kill my father. Prepare to die.). Gator Dockside provided buy-one-get-one draft beers and cheap wine during 6 rounds of trivia questions. At least 20 teams with names like ‘What do Kim Kardashian and the Middle East have in common?’ and ‘Touched by the Billy Cosby story’ participated. Questions were a mixture of pop culture (name the family dog on Married with Children, the Simpsons, Full House, and the Muppets), random factoids (what nine letter, 1 syllable word refers to a horse which has been taken off the roster of a horserace), and current news.

A&J stayed at the house that I share with a roommate. I’m still figuring out the neighborhoods here. Naturally, as Gainesville is a college town, University of Florida’s campus is geographically at the center. Many apartment and condo complexes have been built to accommodate the students. For young families, there’s a few planned housing communities. But we do have a midtown, a downtown, and neighborhoods like the Duck Pond, Sorority Row, and Haile Plantation. I’m a bit partial to my neighborhood just north of campus; my roommate tells me that it was originally homes built by and for early university professors. The streets, lanes, places, avenues, and terraces curve and twist to fill the landscape around pockets of swampland with quaint ranchhouses, southern plantation-influenced two-stories, and rogue houses with their own unique architecture. Screened porches and car ports are common. And Spanish moss is everywhere.

The next morning, I went to work in my office at University of Florida’s large medical center, while A&J did laundry and some work of their own. I had a business lunch at The Blue Gill, a gourmet little lunch spot with a number of appealing seafood dishes and, again as is common, vegetarian options for me. Meanwhile, I instructed A&J to go to Satchel’s Pizza for lunch. It is an absolute MUST for visitors and locals alike. This family-owned restaurant has been around for years. The owners are constantly adding to its outer and inner appearance with bottlecap windchimes, a custom-built toy traintrack, and even an actual airplane, making the restaurant an evolving piece of folkart. Local artpieces covers the walls inside, and a converted van is available for seating outside. A&J both took advantage of the salad and slice of pizza lunch special. I recommend ordering a Mama – either a calzone or a pizza with four toppings of your choosing. You really can’t go wrong with any of the desserts ordered off the menu that Jon is viewing below. 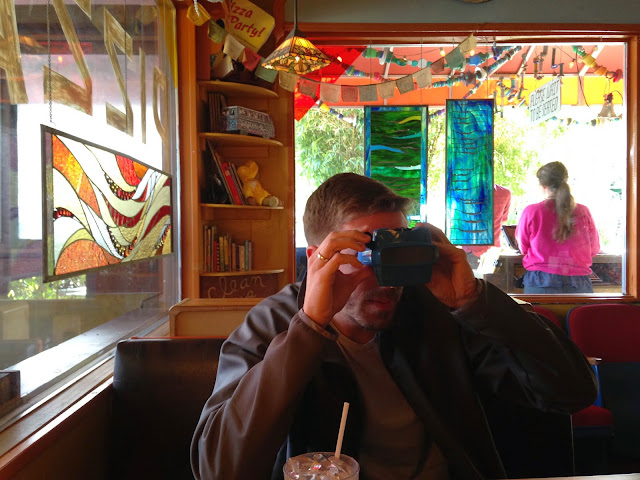 A&J took a quick drive around campus on their own (I have since googled it and found out that U of Fl does provide campus tours every weekday at 10am. Highlights, it seems to me, are Ben Hill Griffin Stadium – also known as ‘the Swamp,’ it is home to the Florida Gators, the Tim Tebow statue, and the Gator statue – and Lake Alice, which is home to actual alligators and other wildlife.) until I could meet them back home after work. We changed into jeans and sneakers (the weather is cool and the terrain is mostly flat) and drove straight to Payne’s Prairie Preserve State Park to see as much as it as we could before the park closes at sunset, 6:15 pm.

Payne’s Prairie is located within minutes of downtown Gainesville. It consists of a lake, a pond, and several walking, biking, and horseriding trails through various biomes of Floridian pine flatwoods and prairie marshes. We parked and took in the view of Lake Wauberg from the waters edge. 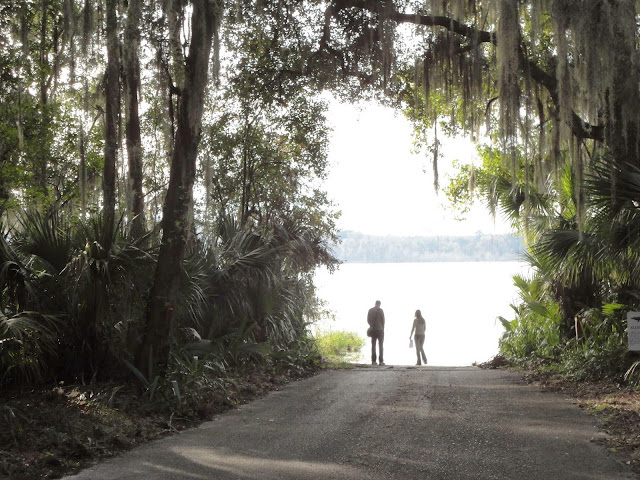 Then, we stopped briefly at the Visitor’s Center to ask for trail recommendations given our time was limited. The girl at the Center said that other visitors had spotted bison earlier on Cones Dike Trail, so we set off around the gate which keeps the animals on the preserve and took the trail deep into the preserve. The trail itself is pretty well-maintained and flat, but watch where you step! Bison patties abound! But that’s a good thing because we were on the hunt to see spot some animals. The first one that we came across was an adorable little armadillo, excitedly eating away at a patch of grass right beside the trail. Next, we spied a deer up ahead on the trail. Here and there we came across long-legged cranes strutting through the marsh or spotted various birds of all sizes hopping on the ground or soaring in the air. Branches cracking among the trees caught our attention but turned out to be a squirrel! Ha! Finally, as we neared the 2 mile marker, we spotted a warthog (maybe?) or two in the bushes, and at long-last two bison! Success! 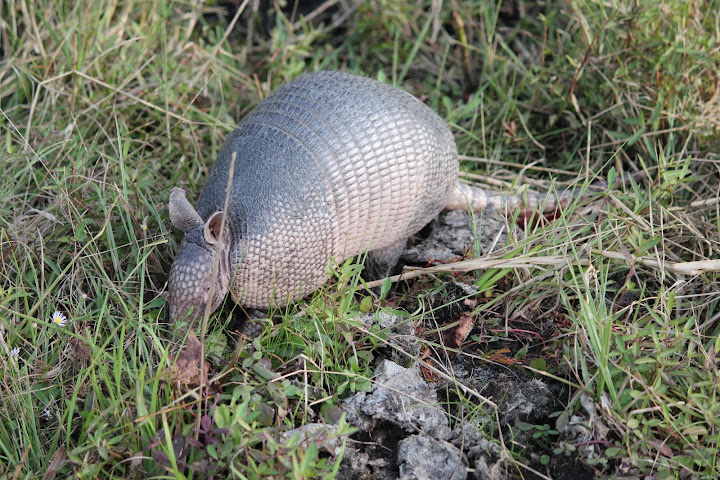 Sadly, Alexis never did spot any of the turtles or frogs she was hoping to find, but the prairie does have more than animal wildlife to offer. Jon snapped numerous photos of the plants which make up the state park. Of course, it didn’t hurt that there was a gorgeous sunset among wistful clouds and bright blue sky which, to me, really set off the lovely palette of colors – tall yellow grasses, dark green grasses, purple-browns, shoots of bright green, hints of lilac purple and buttercup yellow. 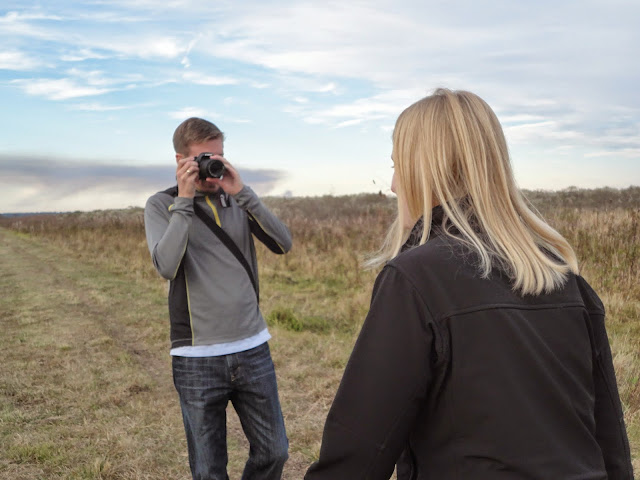 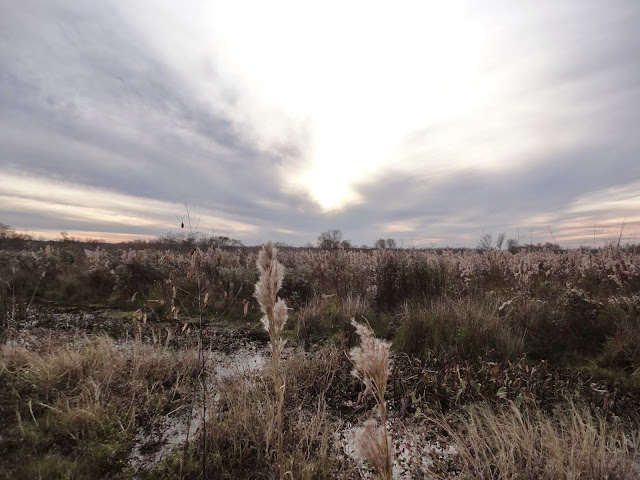 For their last dinner in town, we asked my roommate for another not-to-be-missed food experience and took her up on her suggestion of Dragonfly Sushi & Sake. It was a great suggestion! The restaurant is located in the heart of downtown Gainesville, right by the Hippodrome theater. It was busy, but on a Thursday night, we got seated as soon as they could clear our table. Chic furniture and lighting as well as nice food portion-size plated with attention to presentation. I tried a white wine that I had never heard of but was pleasantly surprised (and now I see why as google tells me that Michel Picard Vouvray is from Loire, France). It accompanied my crispy tofu and my fresh garden sushi. Jon ordered a bottle of sake, and A&J shared a number of dishes: steamed buns, short ribs, and pork dumplings.

For dessert, we walked across the street to a gourmet pop ice place. Who knew gourmet popsicles existed? But The Hyppo has invented a long-list of flavors from all-natural ingredients; flavors such as Riesling Pear, Mexican Hot Chocolate, Pistacchio Coconut, and Black Goat. For an extra $1, they’ll dip it in chocolate for you – I HAVE to get that done next time! Good thing that I have more family members eager to come visit 😉

A Word from the Herrs:

We are very excited to have our first guest blogger! Marisa was a fantastic host to us and we want to thank her and her roommate for the many great suggestions they gave us. I also wanted to thank the Team Wanderlust Blog whose Top 5 Favorite Hidden Treasure Hikes first brought Payne’s Prairie to our attention. If we go back we will try the more Northern La Chua Trail where alligators are almost a guarantee. 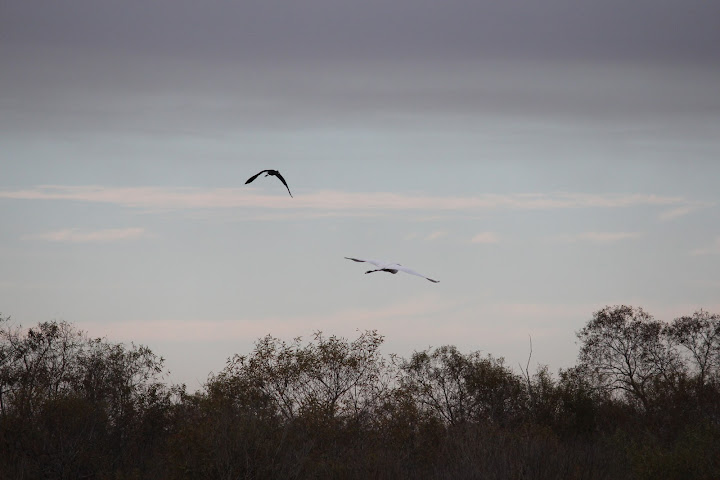 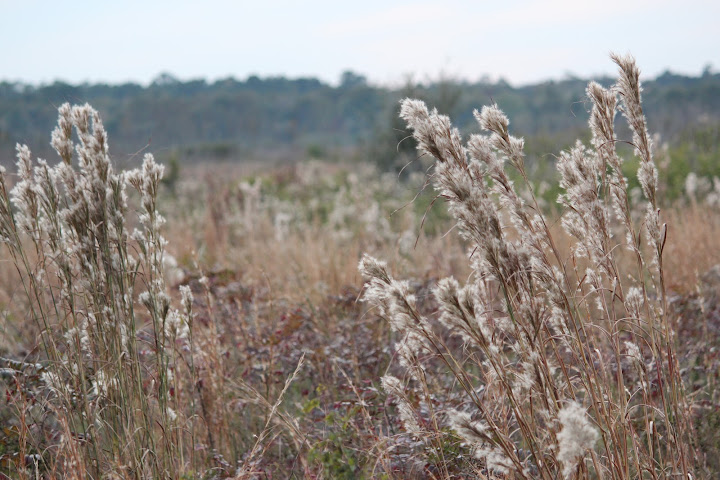 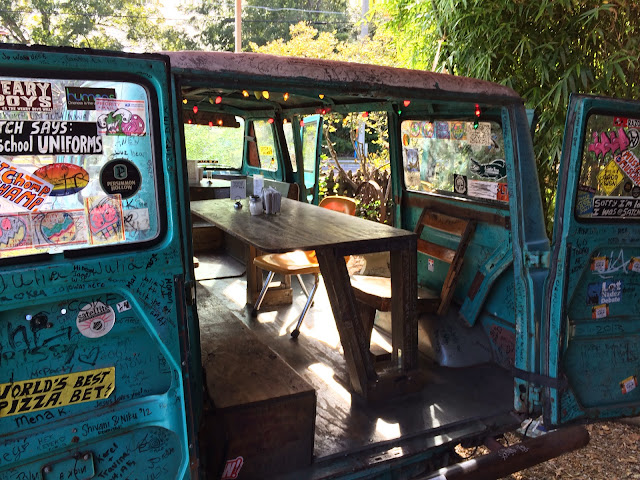 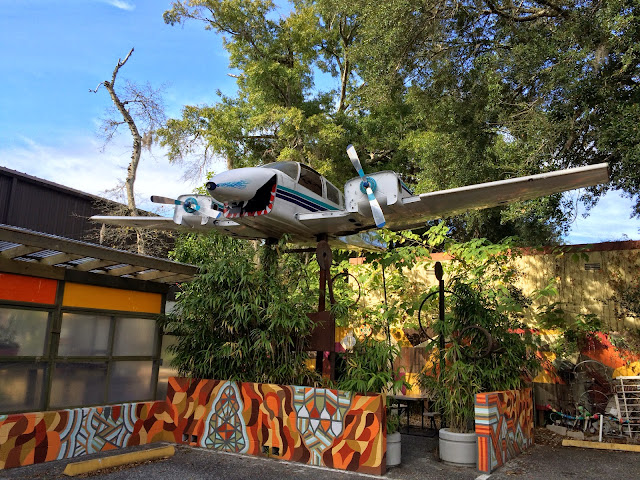 One thought on “Gainesville, FL”