Zion is a special place for Jon and I. It is where we got engaged and is also the site of our first serious hiking escapades. Our first time in Zion we hiked Angels Landing, The Narrows, and joined a guided canyoning trip, all of which you can read about in our early blog post here.

After traveling for such a long time, I was really looking forward to Zion because it would be a familiar place instead of something brand new. I was also excited to share Zion with my parents who were still with us.

Zion National Park is centered around a canyon formed by the Virgin River which runs north and south through the park. A road which follows this north-south route and dead ends at the trailhead for the Narrows. During the summer, the road is closed to private cars and free shuttle buses run the length of it. We missed the free shuttle buses by one day. Additionally, the park has an east entrance connected to the main canyon by way of a tunnel through the steep cliffs. During our previous visit to Zion, we never made it though the tunnel to see the east side of the park. The one thing we had heard about on the east side of the park is that there is a good chance you will see big horned sheep there.

This time, arriving from Bryce, we came through the east entrance. I can honestly say I was not expecting much entering from the east and was amazed by what I saw. We drove into the park and first stopped at Checkboard Mesa to look at the sandstone cliffs. From there, as we drove deeper into the park we saw huge curving cliffs of red and white with beautiful striped layers of rocks smoothed out. Everyone thought it was amazing. To me, it looked like Christmas with swirling red and white. We wanted to stop for some pictures, but almost every pull off was already full. 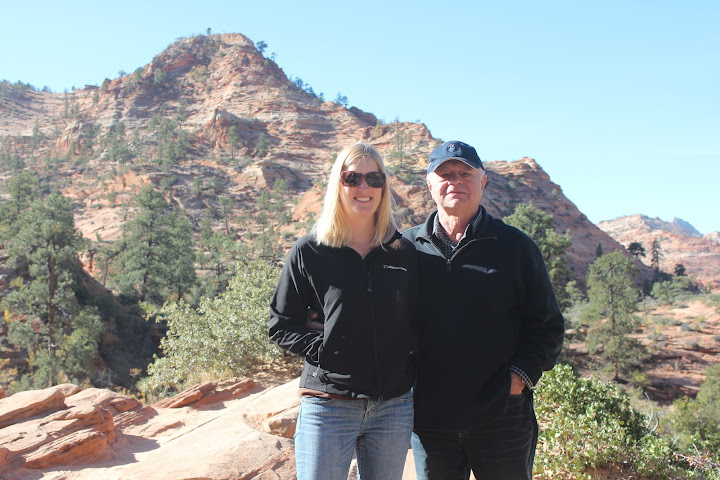 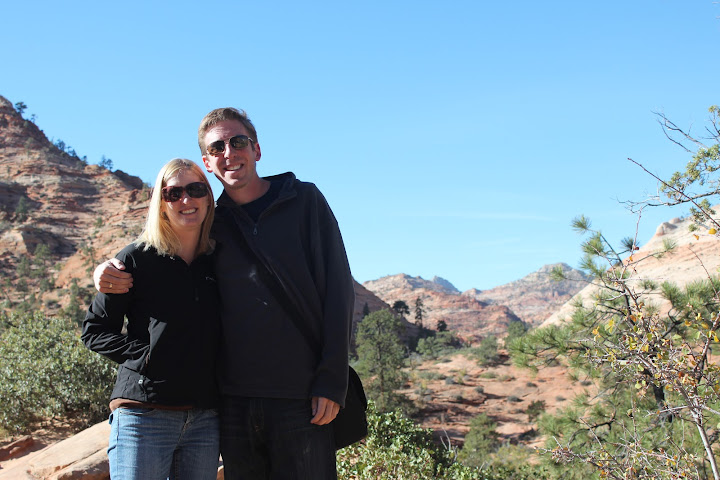 Just before the tunnel is a 0.5 mile hike (1.0 mile round trip) to Canyon Overlook. The hike to Canyon Overlook was a fun one of carved rock stairs along side a smaller green canyon formed by a creek. I was very proud that my parents hiked part way with Jon and me. About halfway, when the canyon was becoming steeper, Jon and I took off to finish the hike. The views along the entire hike were pretty, but the view at the end of the trail was gorgeous, overlooking the main portion of Zion. If you are unable to hike Angels Landing, I would highly recommend substituting the Canyon Overlook trail. 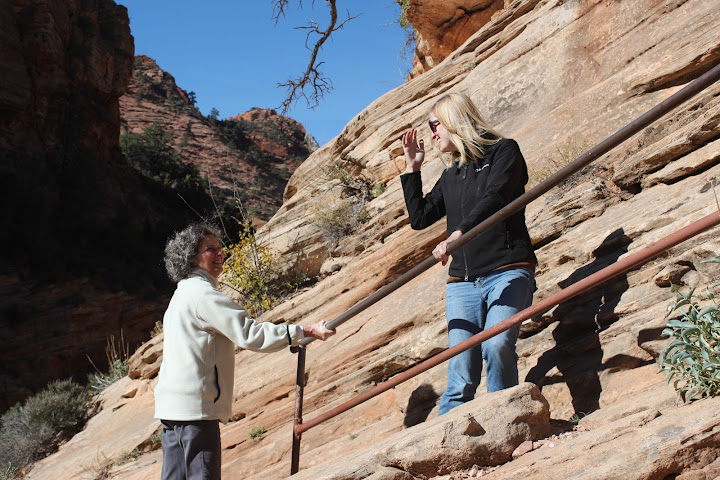 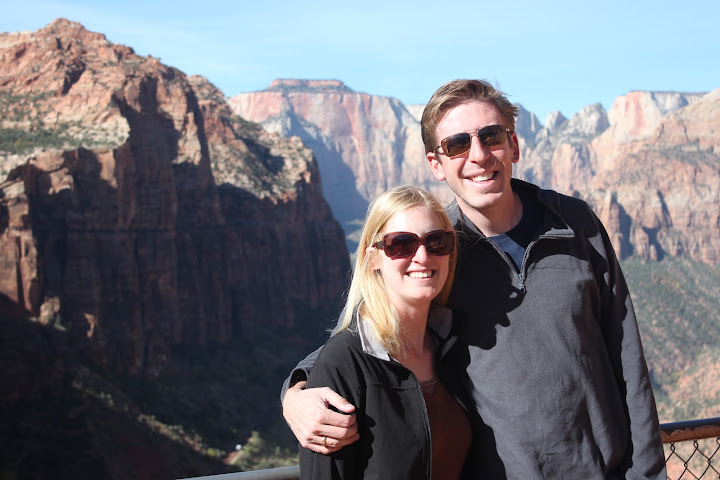 Back in the cars we continued through the tunnel and to the visitors center. Hungry, we decided to leave the park and get lunch before continuing on. We ate at Cafe Soleil which is immediately outside of the park (you could walk there) and was really good. We all had grilled panini sandwiches that came with fruit and chips.

Back in the park, we all got in one car and followed our guidebook through the park. We stopped at the Court of the Patriarchs to stare in awe. Unlike Bryce and the Grand Canyon, Zion is observed from the bottom of the canyon which is a completely different and awe inspiring experience. In some ways Zion Canyon is more similar to Yosemite Valley than to the other Utah parks. 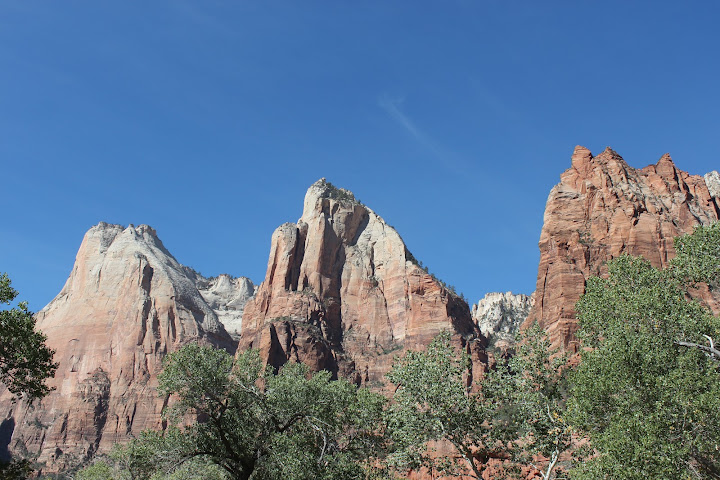 We stopped next at Emerald Pools where we all followed the trail 0.6 miles to the Lower Pool. At the Lower Pool we saw waterfalls raining down into the pools. We even ran through the falls which hit the trail for another look of the pools. The trail continues on another 0.4 miles to Middle Falls and even further to Upper Falls, but we decided to forgo those for other sites in the park. 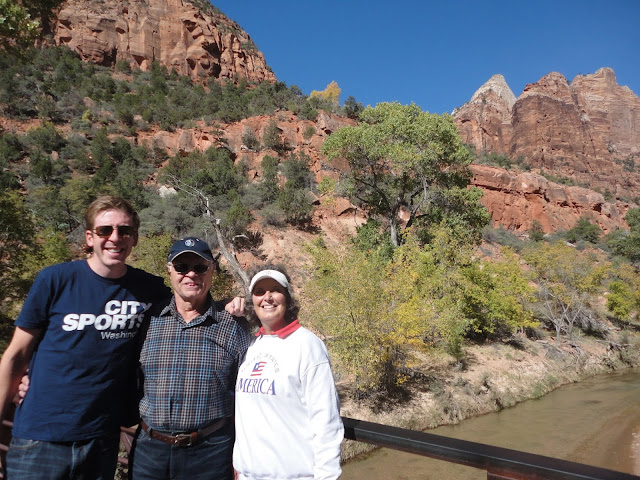 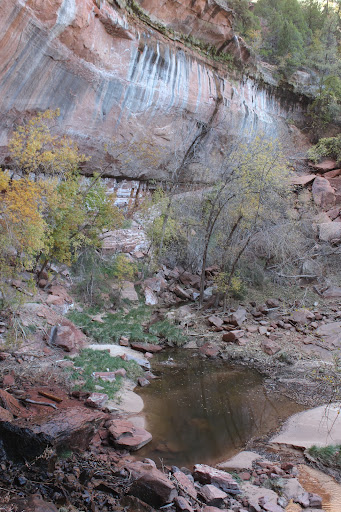 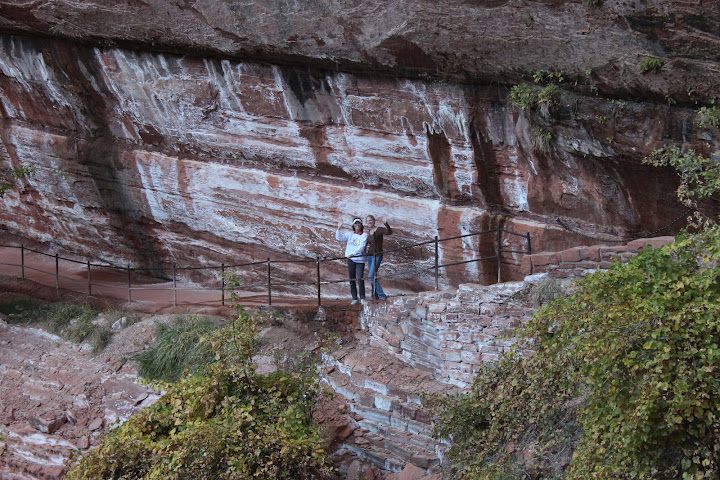 Although we didn’t do a hike, the Big Bend stop was one of our favorites. From Big Bend you can see the ridge which leads to Angels Landing. We spent quite a while trying to spot minuscule hikers following the ridge to the end of Angels Landing. On our return trip later we stopped again, this time near Weeping Rock, to look for the Angels Landing hikers on switchbacks carved into the front of the mountain. 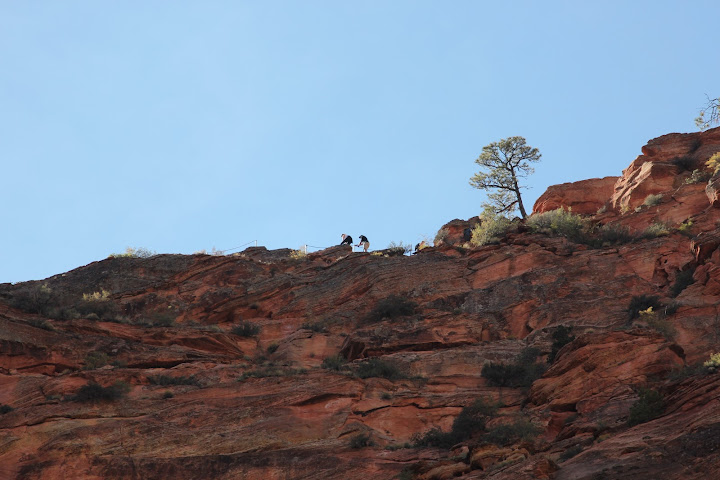 The end of the drive is the Riverwalk Trail and the start of The Narrows. We walked my parents down the Riverwalk Trail because even without reaching the Narrows you are able to experience the walls growing and narrowing around you and the Virgin River flowing along side of you. 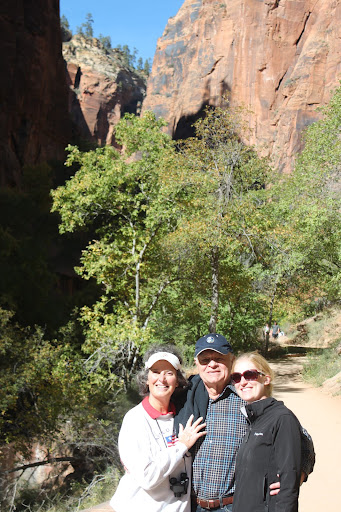 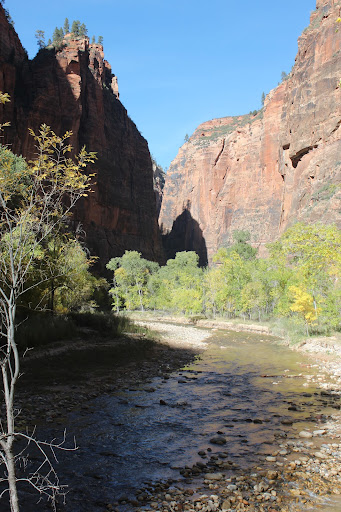 When we reached the end of the park we decided to go back to the hotel, but first we stopped to see the park lodge and bought some ice cream cones. We were staying at the Cable Mountain Lodge where we had a beautiful, large two room suite. In addition to the standard amenities, the room included free tickets to the adjacent giant screen (6 stories) movie theater. The movie included with our visit was called Zion; Treasure of the Gods. It was about the human history in the canyon and the entire region mostly centering on the Indians which inhabited the land, the Spanish occupation of it, and the early American explorers. We were hoping for more information on the geology of how the canyon was formed and less on the legends surrounding it. None the less, the movie was free, and you get what you pay for.

After the show we drove through the town of Springdale. Springdale is considerably nicer than the towns we had seen outside of the other Utah parks. There are more establishments to pick from, they are well maintained, and most of them are open year round. We stopped at two art galleries until we built up an appetite. We also asked every local we talked to for restaurant recommendations. Most often they recommended either Oscar’s or Bit and Spur, the same two places Jon and I ate three years ago on our trip. We finally settled on Oscar’s, known for big portions and the motto ‘Don’t blame Oscar if you go home hungry’. All of our meals started with a house side salad which was huge and very good. The salads had corn and other southwestern ingredients on them as well as a dill basil vinaigrette that we all enjoyed. Dad and Jon, who ordered the ribs and the pork verde chili burrito, both really enjoyed their meals. My mom and I both ordered the fish taco special and were left disappointed. In particular, I found the fish to be mushy and unappetizing. But, it is true that none of us went home hungry.

The next morning, Jon and I parted ways with my parents. We wanted to work our way towards the rest of the Utah parks, but had no reservations planned out for the next week. We discussed trying to squeeze in a trip to Salt Lake City to visit some friends or back track to some of the canyons in northern Arizona. We finally decided to stick with our original plan and we headed towards Capitol Reef National Park. Since we had the time, we went north on route 15 so that we could drive through Kolob Canyon, which his the less popular portion of Zion. 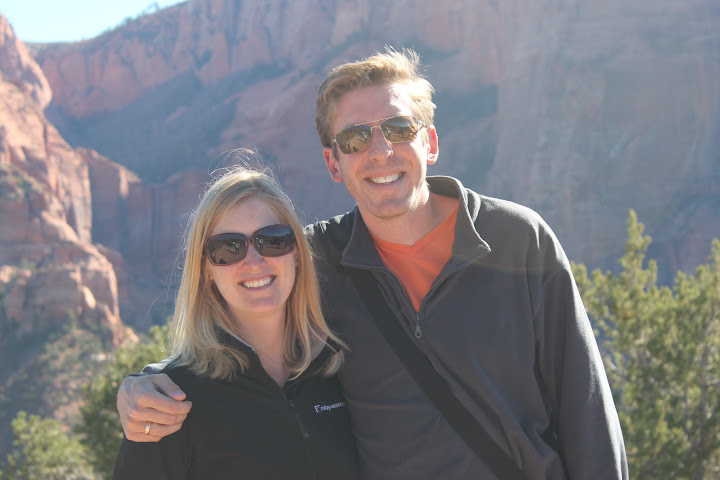 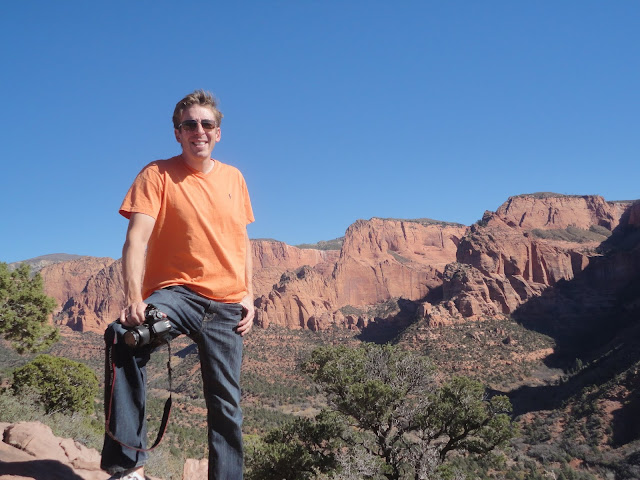 Kolob Canyon also had dramatic red cliffs and mountains similar to the rest of Zion. For me the big difference was the lack of hiking trails. We drove to the end of Kolob where we hiked 1.0 mile round trip to the Timber Creek Overlook Trail. The other two trails at Kolob Canyon are an 8.0 mile back country hike to Kolob Arch and a 2.0 mile hike to a the double arch alcove, neither of which fit into our schedule or we could find much information about. We may have walked a mile down one trail if we knew of interesting sites on the way. 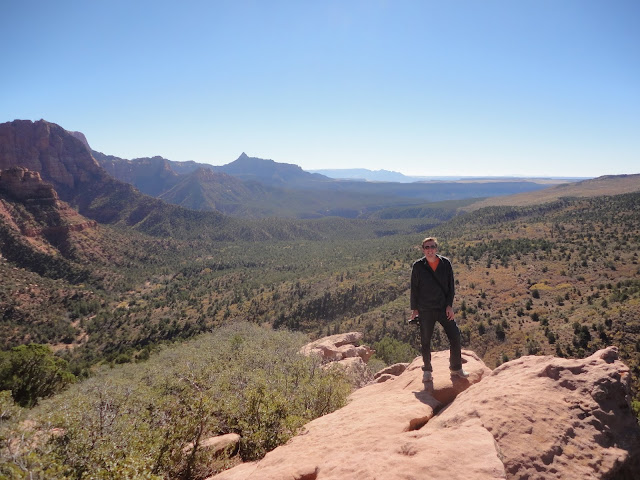 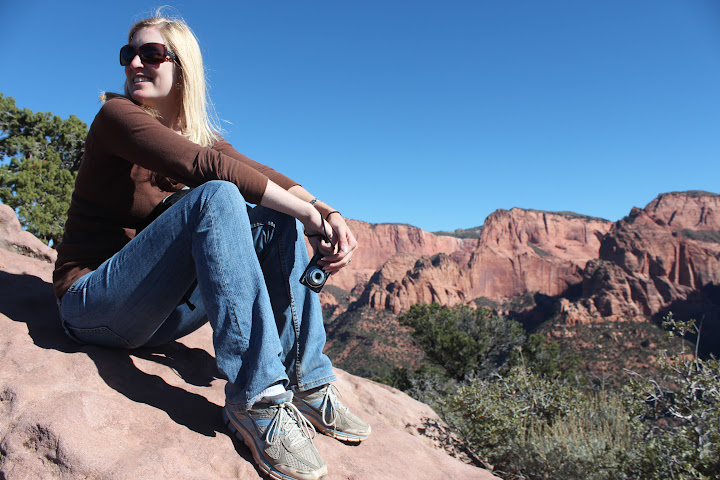 As we headed towards Capitol Reef, we also stopped at Cedar Breaks National Monument. Although we could walk up to the view points, the facilities at Cedar Breaks were boarded up for the winter. Cedar Breaks was very similar in looks to Bryce Canyon although not quite as impressive. If you can’t make it to Bryce, Cedar Breaks might be an alternative option, but if you can go to Bryce I’d recommend skipping Cedar Breaks. 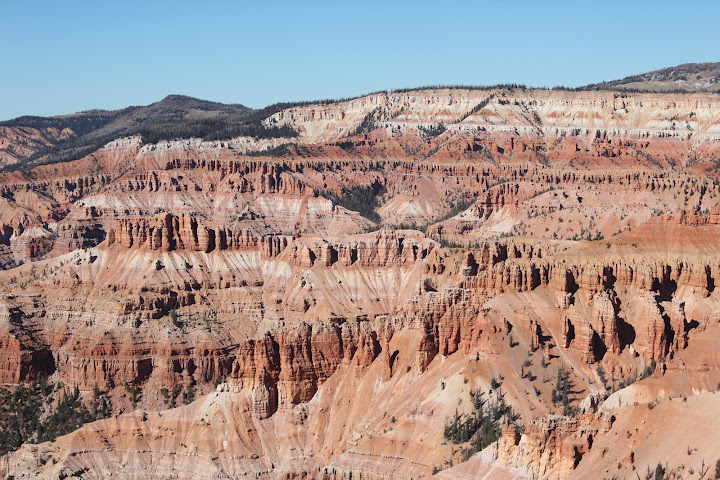 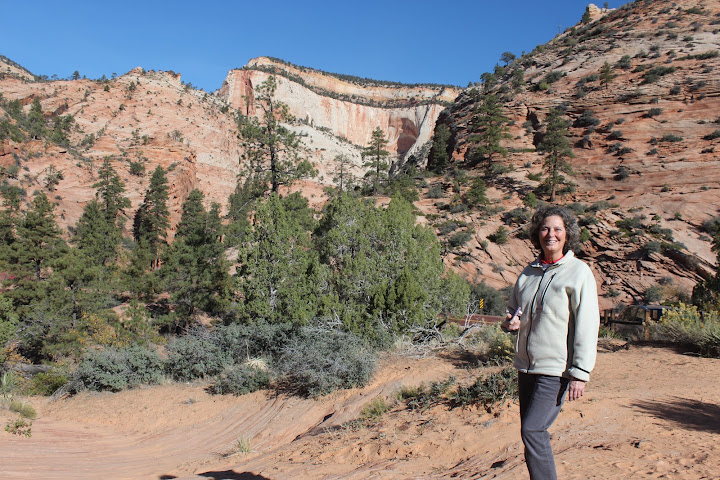 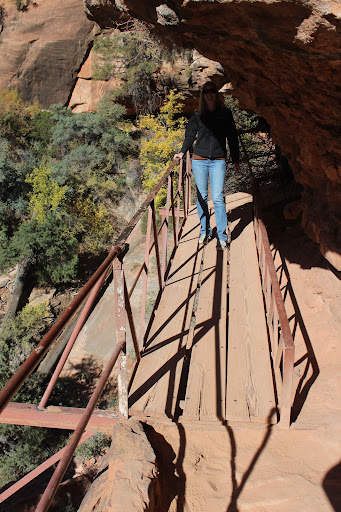 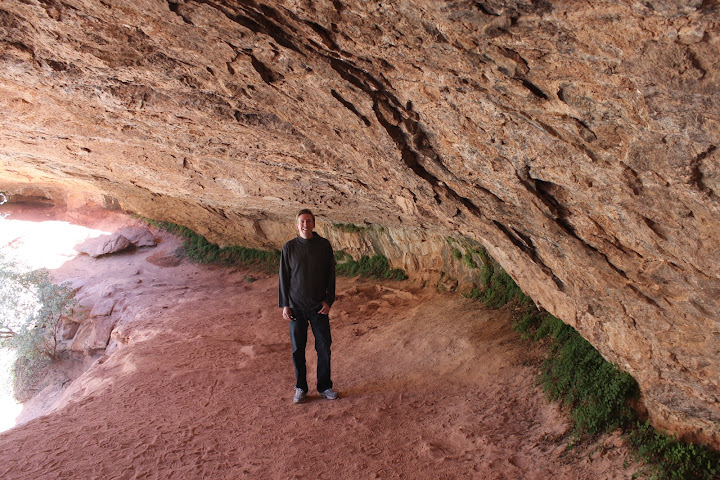 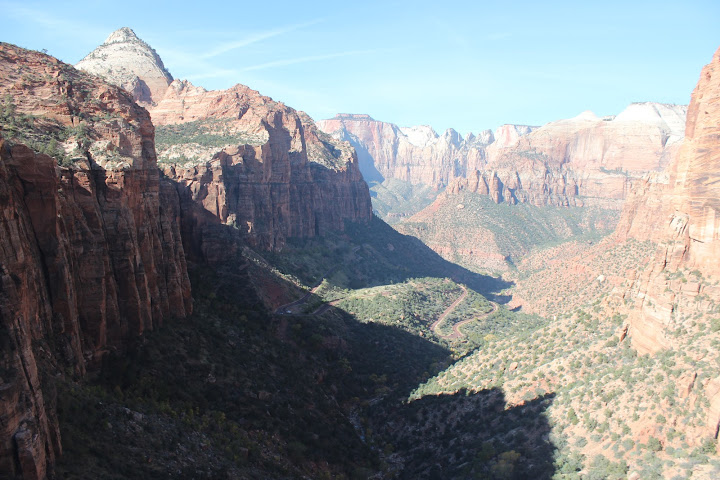 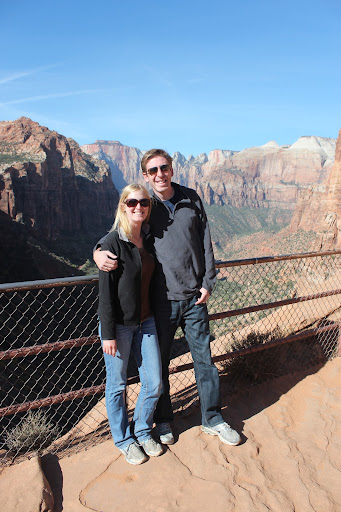 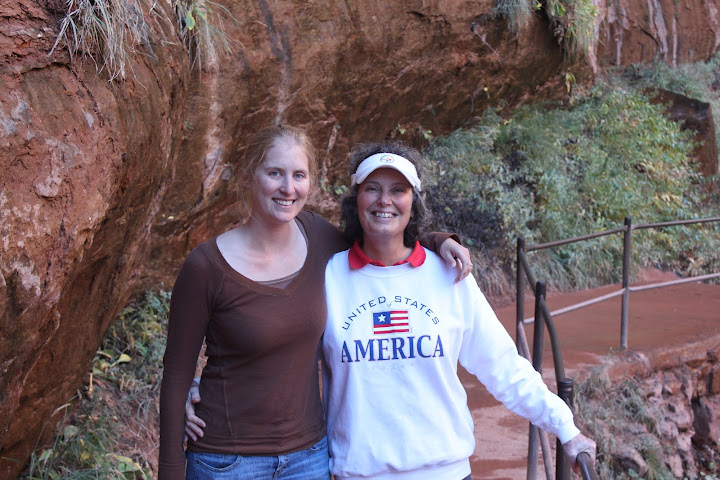 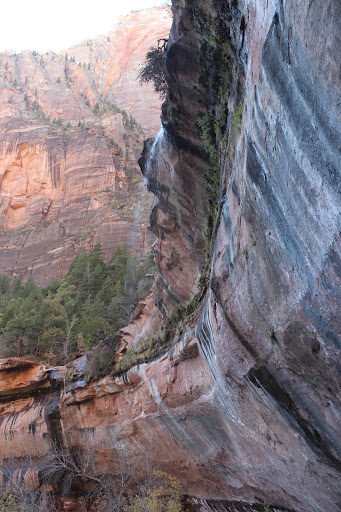 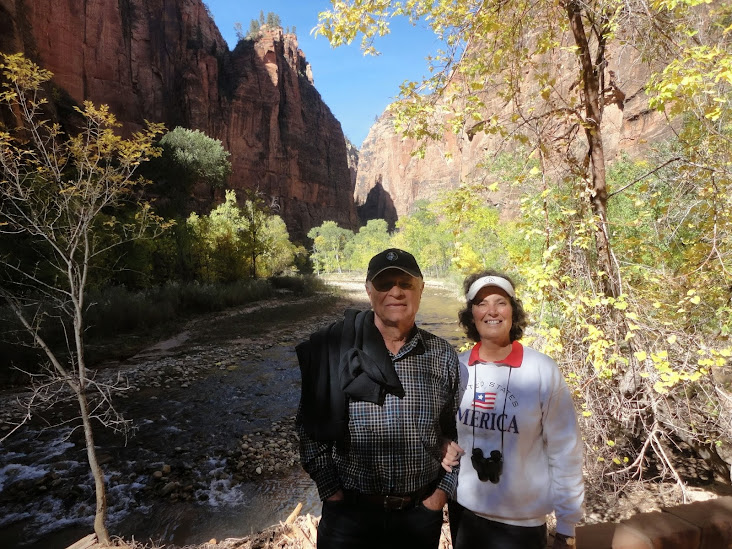 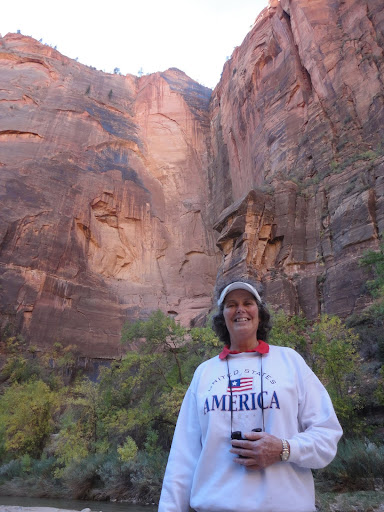 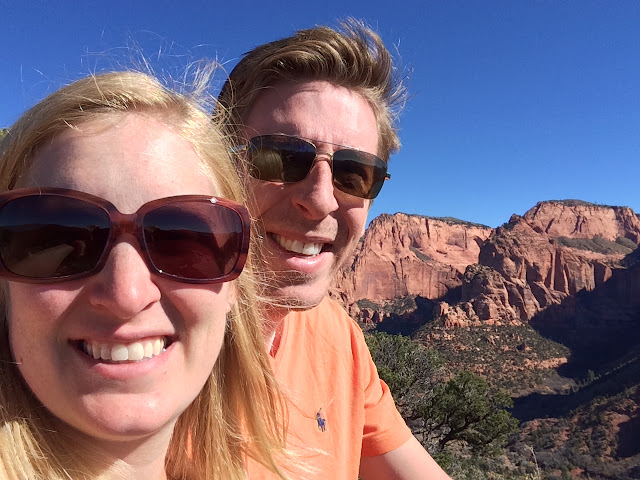 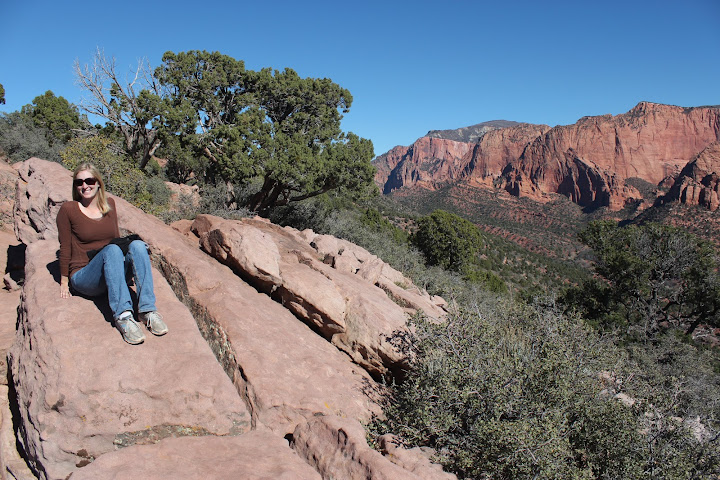