Our day started with a free continental breakfast at the hotel. We had no plans or National landmarks prepared for the day, our only goal was to get another third of the way to the South Dakota Badlands. Because we had a free day, I checked roadsideamerica.com and spent the day dragging Jon to large Americana sculptures.

The first one we went to was the 25 foot tall Indian Hiawatha in La Crosse, WI’s Riveside Park. The park was along the Mississippi River and was a very nice green space along with a few cultural themed gardens. You could also take a boat tour of the Mississippi but we skipped that. 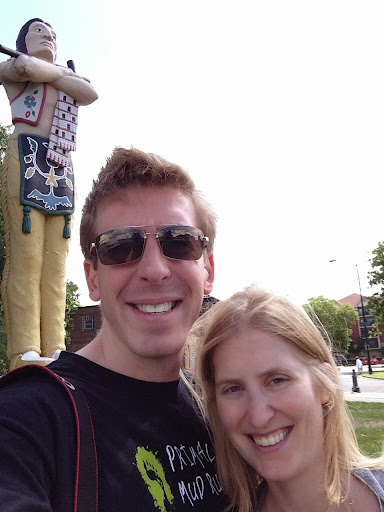 The second attraction was only a mile down the road, the world’s largest six pack at the G. Heileman Brewery. From there we headed to Culvert Man in Nodine which was only a few miles off of the highway. We snapped a photo of the culvert man without leaving the car. 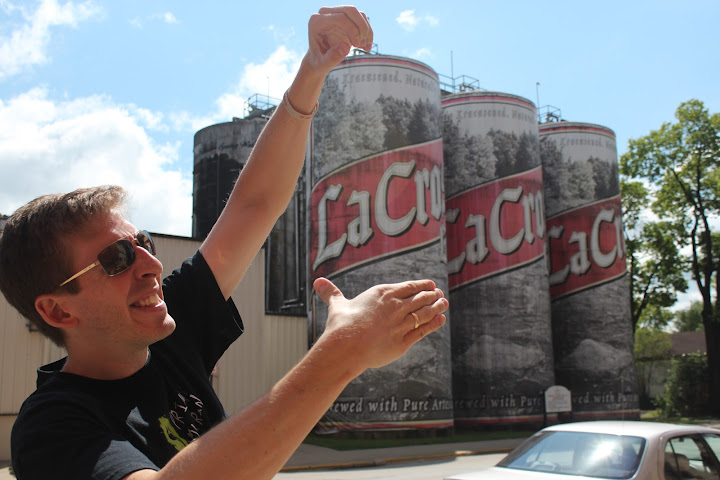 Our biggest activity of the day was 2 hours down the road in Austin, MN where the Homel factory is located. There we visited the free Spam Museum. The museum was very nice for a free attraction but I was surprised at how serious they are throughout. While we were in Austin, Jon stopped for a coffee and then we looked for lunch. Not finding much in the small town, we decided to buy sandwich fixings and make them ourselves on the road. 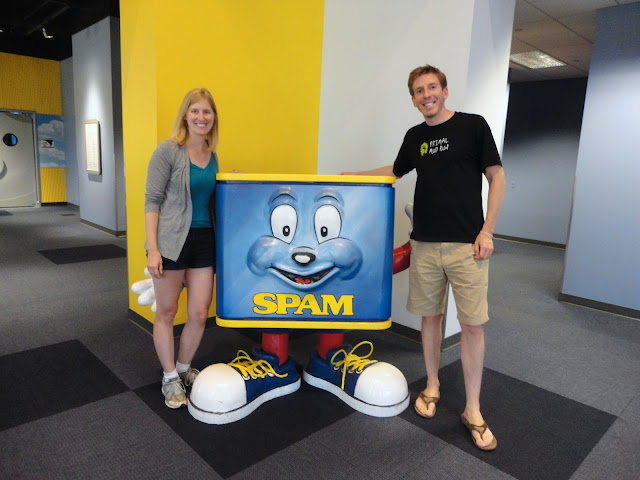 Our last roadside detour of the day was to the 55.5 foot tall Jolly Green Giant statue in Blue Earth, MN. A few road detours slowed us down a bit, but we made it to Sioux Falls, SD. 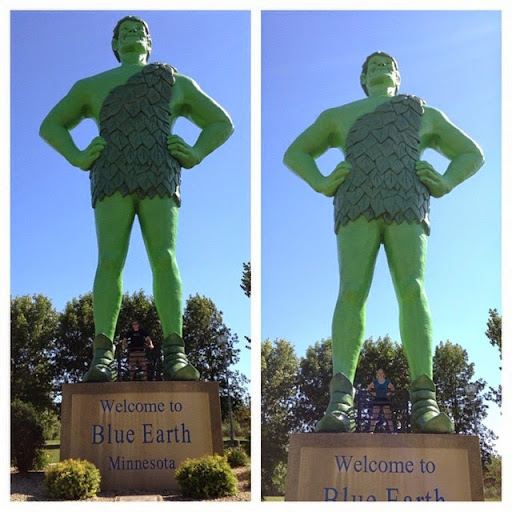 For the largest city in South Dakota, Sioux falls was very small. The town does feature Falls Park, a very nice park with waterfalls which we spent some time exploring before having dinner at Wild Sage Grille. We finished the evening by driving to Mitchell, SD where we found a hotel. 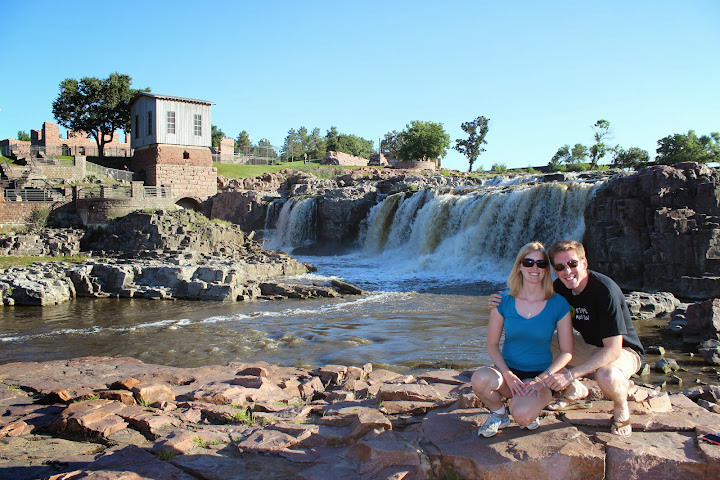 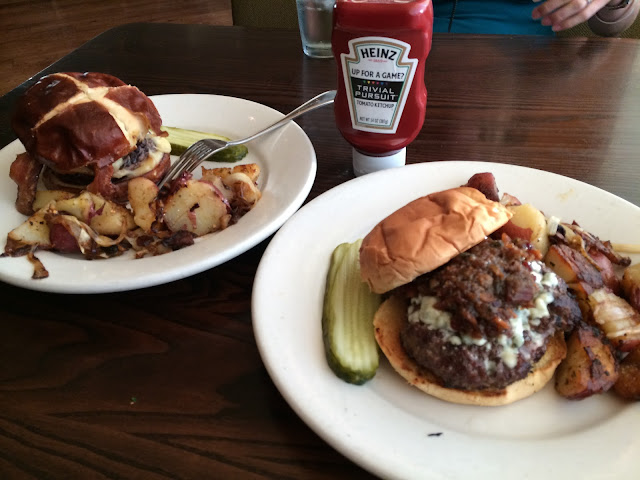 Dinner at the Wild Sage Grille

In Mitchell, SD we began our day by going to see the World Famous Corn Palace. The Corn Palace was going though a million dollar renovation so it was a but disappointing not to see the place complete. We did take several pictures and sat through their 15 minute video. 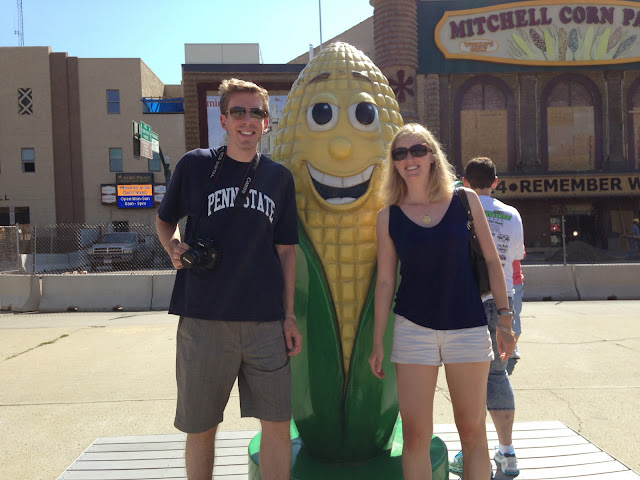 On to our next stop, The Badlands…. 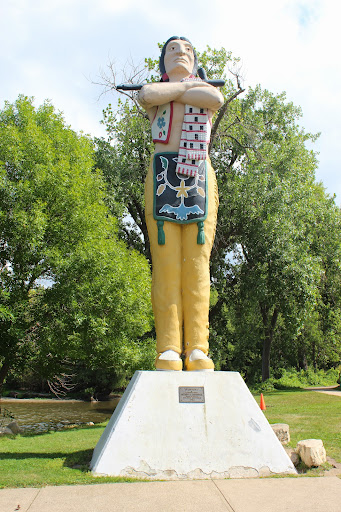 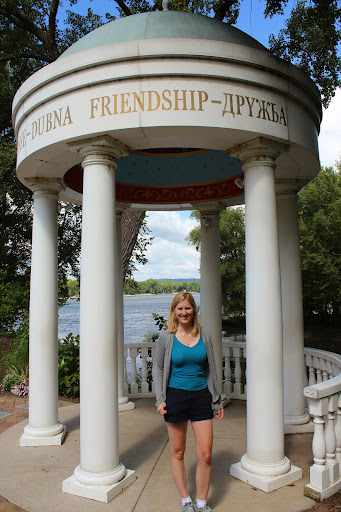 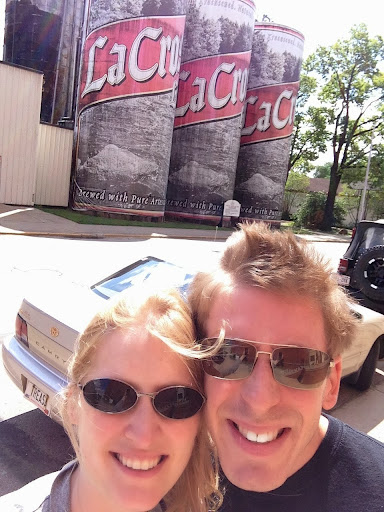 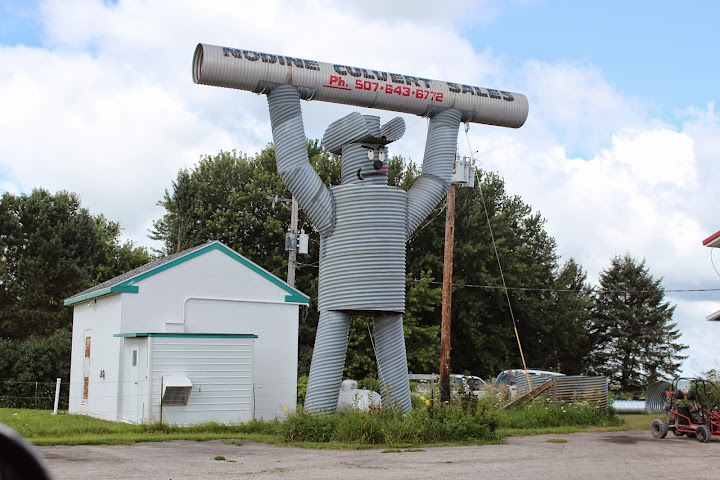 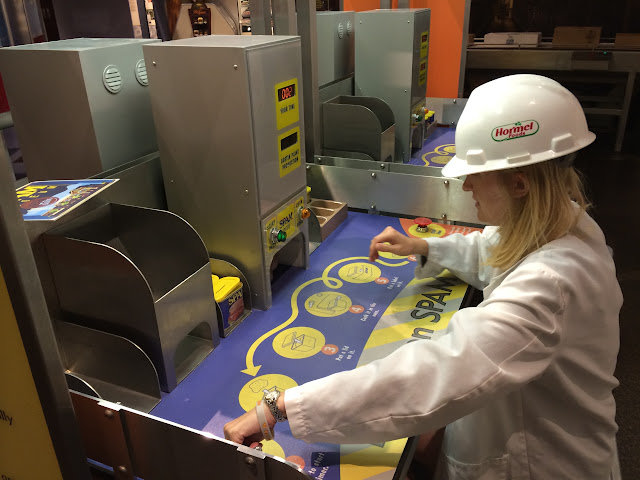 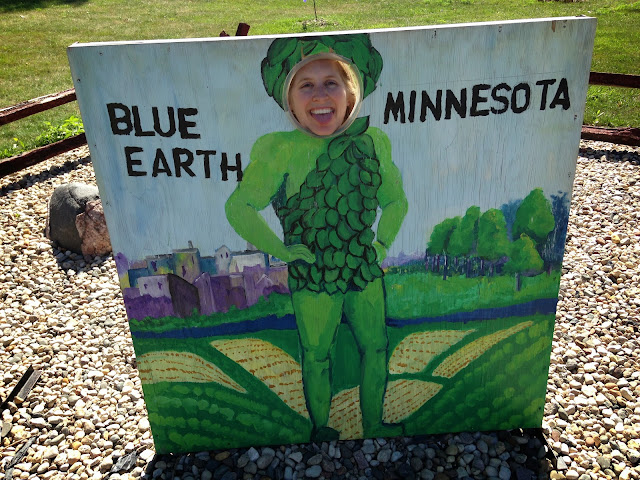 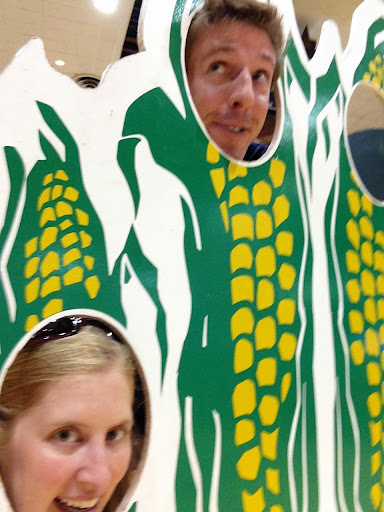 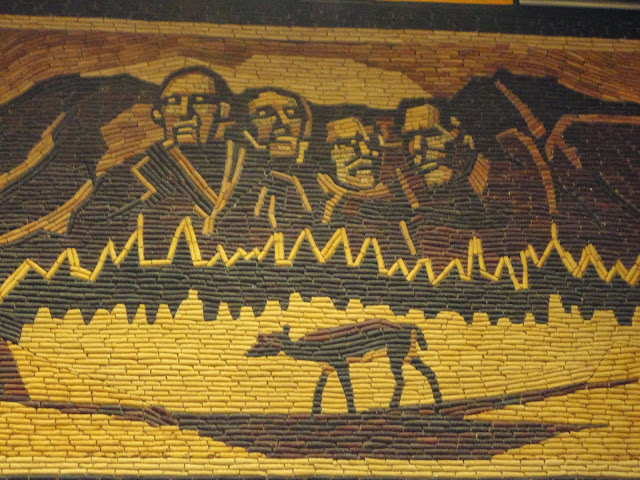 Corn art at the Corn Palace 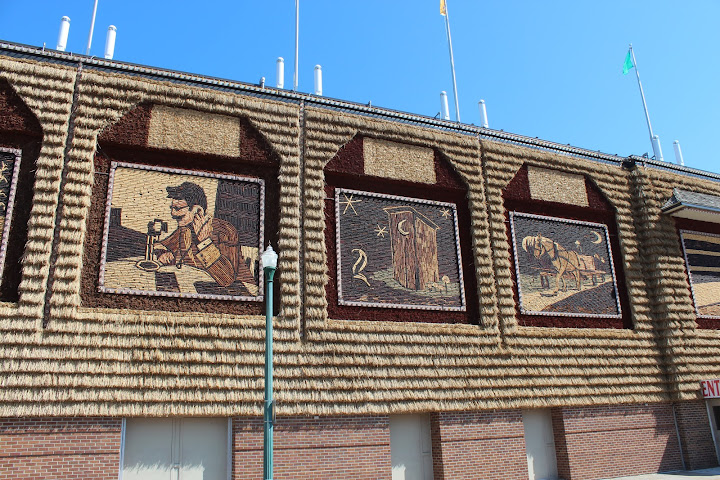 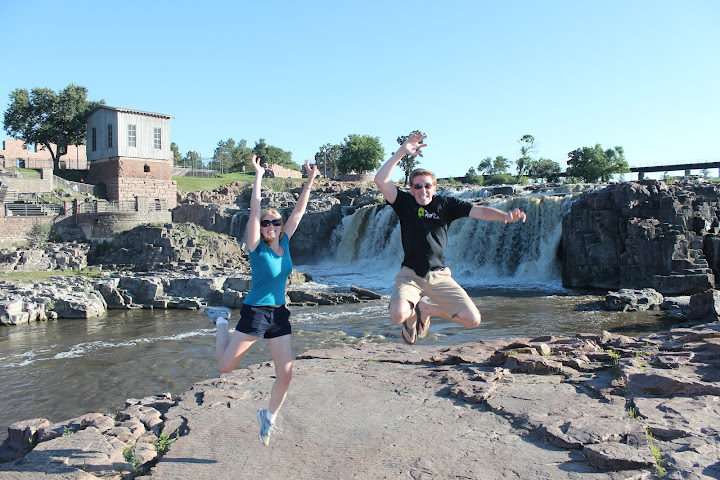 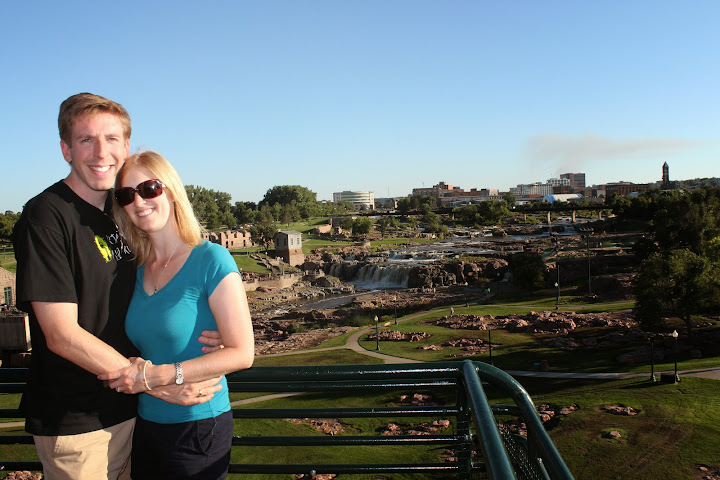 2 thoughts on “Driving across Wisconsin, Minnesota, and South Dakota”