From the Dunes, Indiana we drove into Chicago to meet one of my friends for lunch in Lincolnwood. Lunch was at Gene’s Sausage Shop and Delicatessen. Gene’s was a very cool rooftop spot located above a nice market. We really enjoyed the food and atmosphere.

Our next stop was my Aunt’s house in Wheaton where we stayed the next two nights. We stopped by the local Jamba Juice to visit my cousin at work (on her last day) and bought some drinks to walk around Seven Gables Park. Because I have family in Chicago, Jon and I have been there before and already done most of the sites in the city, so this time we stayed in the suburbs for some well needed rest and relaxation. 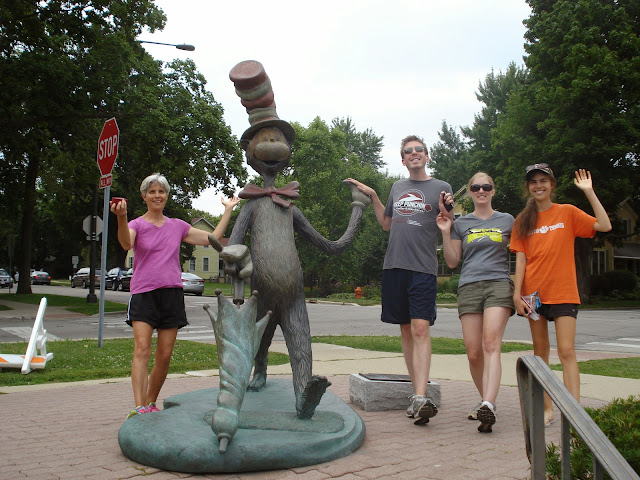 The cat in the hat welcomes you to Naperville

Sunday started with breakfast at home and everyone did their own daily activity (walking, running, basketball). I went walking with my Aunt at Danada County Forest Preserve. When we all reconvened we ate lunch at home and headed to the Naperville Riverwalk. We planned to enjoy the riverwalk, but instead started a multistep geocache. We weren’t sure what we were getting into, but we ended up walking throughtout Naperville to 13 historical sites. Each site provided one missing number in the GPS coordinate needed to find the next monument. We ended up having a longer walk then we expected, but a lot of fun seeing the town. After our geocaching adventure we headed home and then out to dinner at Maggiano’s. We ended the evening with a great game of Wise or Otherwise which has long been a favorite of ours. 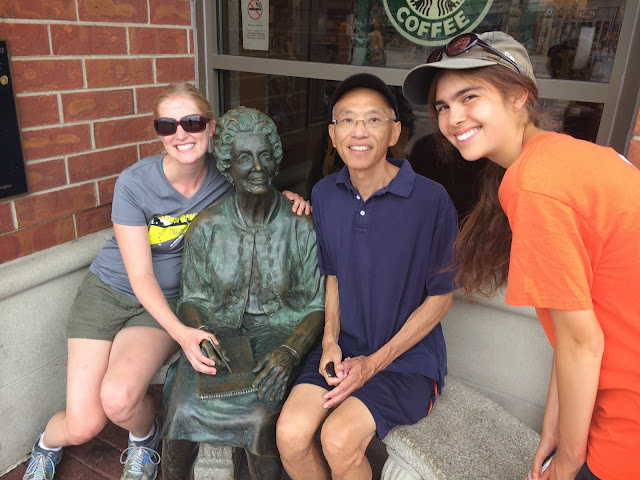 Stop #6 on our multi-step geocache 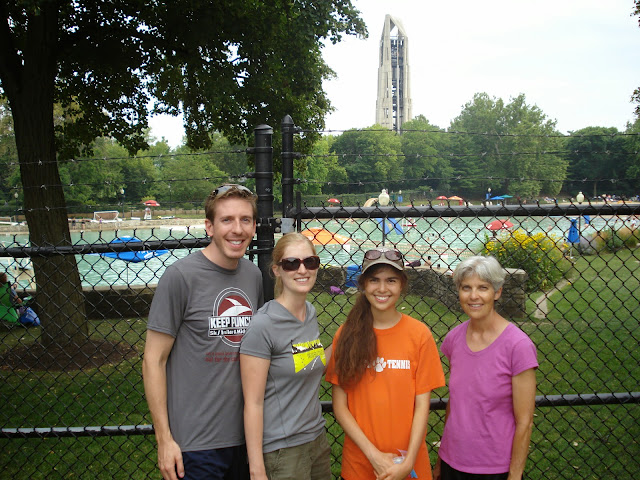 There is a hidden geocache in this photo. Can you find it? 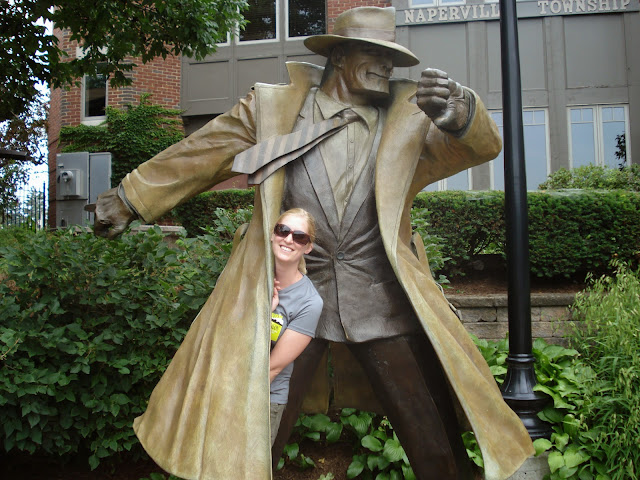 There is a hidden Alexis in this photo. Can you find it?

Our last morning in Wheaton was also relaxing. When we finally got on the road we drove to The House on the Rock. I had never heard of The House on the Rock before, but when my family in Chicago heard about the road side attractions we were visiting so far this trip, they highly recommended it. I cannot say enough about how amazing (and weird) the House on the Rock was.  As mentioned in a Yelp review, “You leave feeling that it was one of the best experiences of your life, and you would have paid double, but you NEVER want to go again, or at least not for a decade.”

It is supposedly a house built by an eccentric collector many years ago. When the house was finished he began adding huge collections of organs, guns, dolls, and carousel horses there. The tour is divided into three parts, and because of time we opted only to walk through the third section. The third section started in a room housing the world’s largest carousel (as well as hundreds of carousel horses, angels, and music machines). The overstuffed carousel room was incredible and I could have spent all day there. 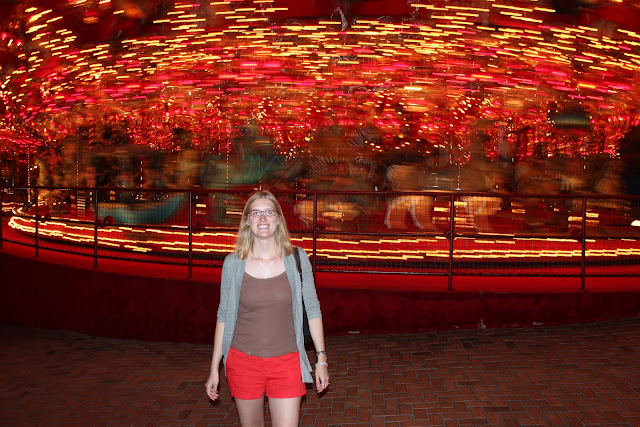 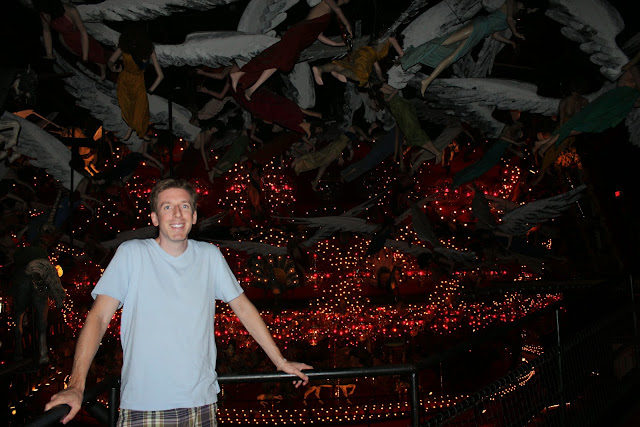 Jon overlooking the carousel with a ceiling of angels

The next room was the organ room which also featured beer steins, clocks, beer vats, and a giant chandelier. From there there is a room with a three story ‘doll carousel’, a doll house room, a model circus room with a life size mechanical orchestra, and a weapons room. The overall experience is creepy in the best possible way. 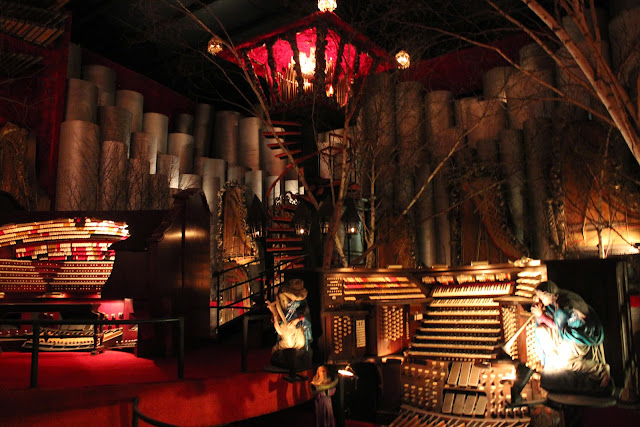 One small corner of the Organ Room 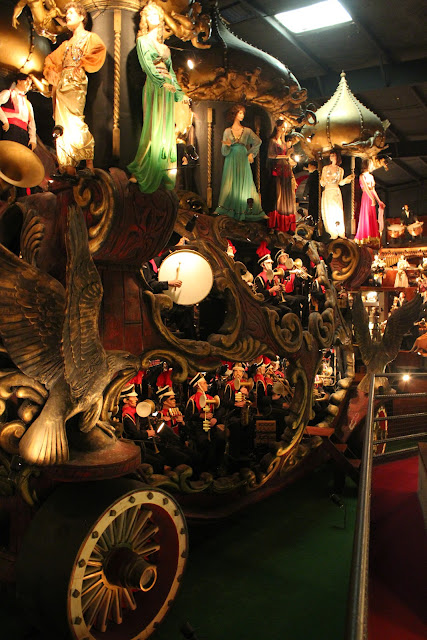 When House on the Rock closed for the night at 6, we continued on to La Crosse, WI. In La Crosse we had a surprisingly good meal at Historic Piggy’s Restaurant (thank you Yelp), before checking into a motel for the night.

Because there is no way in a few pictures to express the craziness that is The House on the Rock. 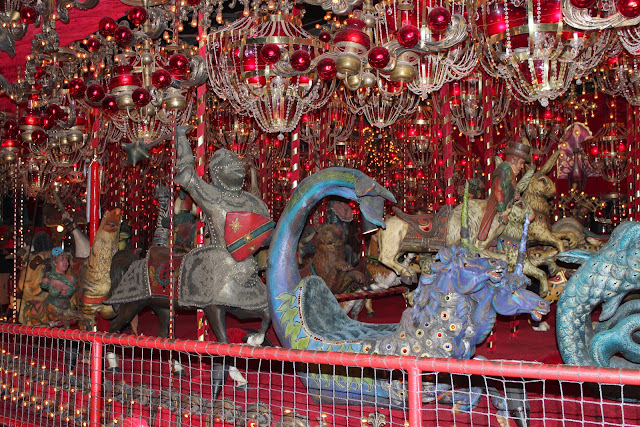 Close up of the Carousel 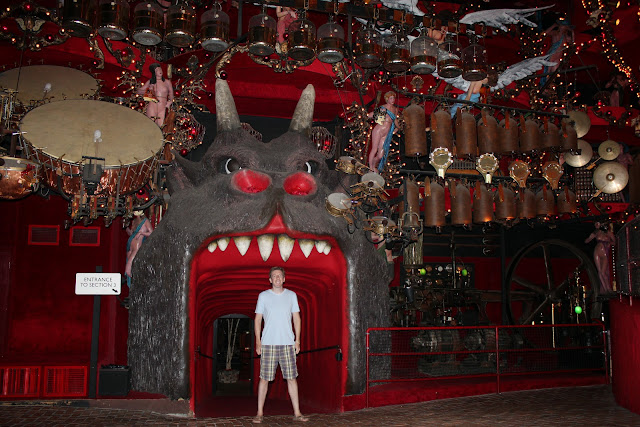 Jon with some of the music machines in the carousel room. 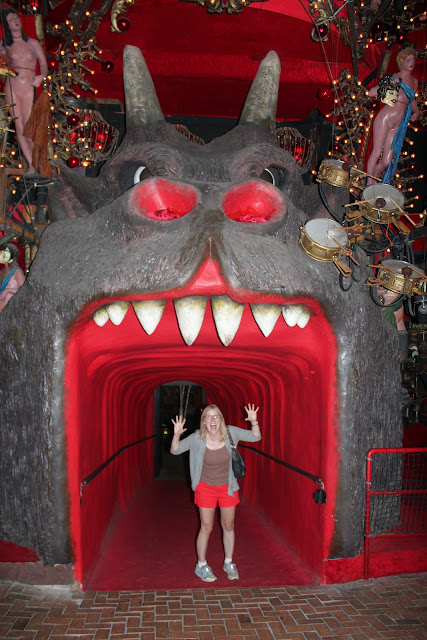 I thought the House on the Rock would eat me alive 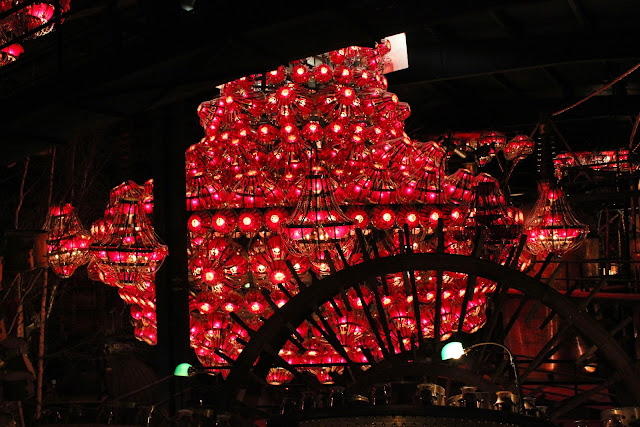 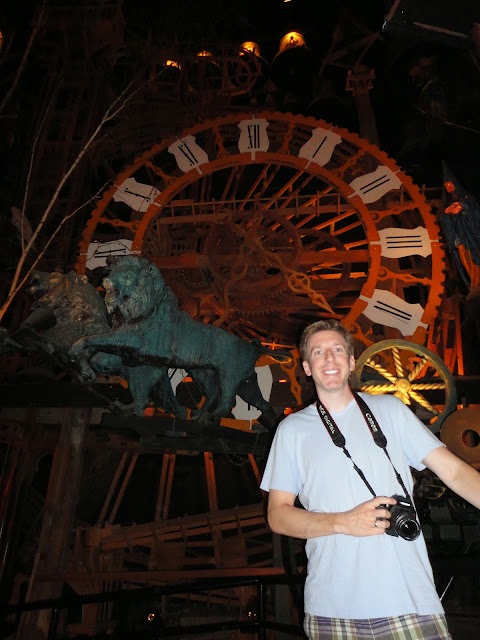 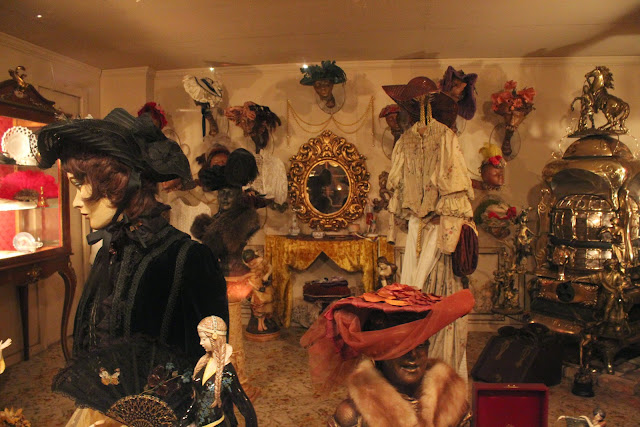 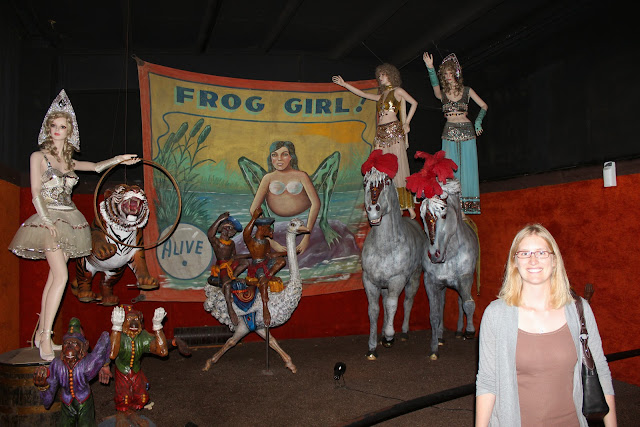 One thought on “Chicago, IL”