On our way out of Cleveland we stopped at a Panera so Jon could work for a few hours. Then we headed west towards Illinois, but before getting to our next set destination, Chicago, we had one night to spend on the road. We promptly exited the Ohio Toll Road and instead opted for a more scenic road. 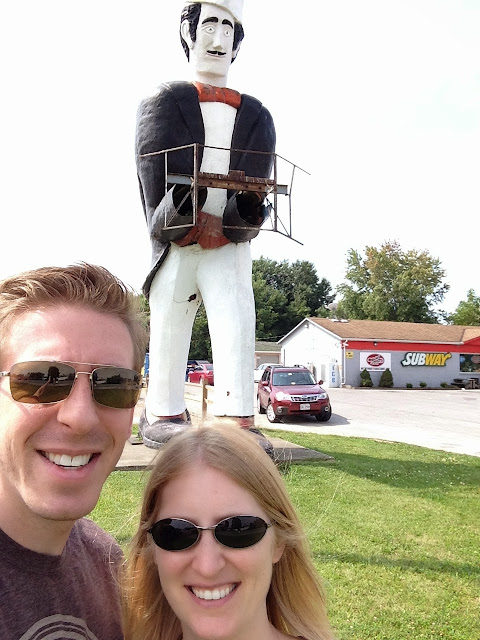 Our first stop was a small detour to view East Harbor State Park. Just before reaching the park we stopped to visit Handless Jacques, an old roadside attraction which was listed on Roadsideamerica.com. East Harbor Park had a nice little beach onto lake Erie but we didn’t get into the water. On our way out of the park we did a quick geocache. From the park we could also see the world’s most massive doric column on a near by island. 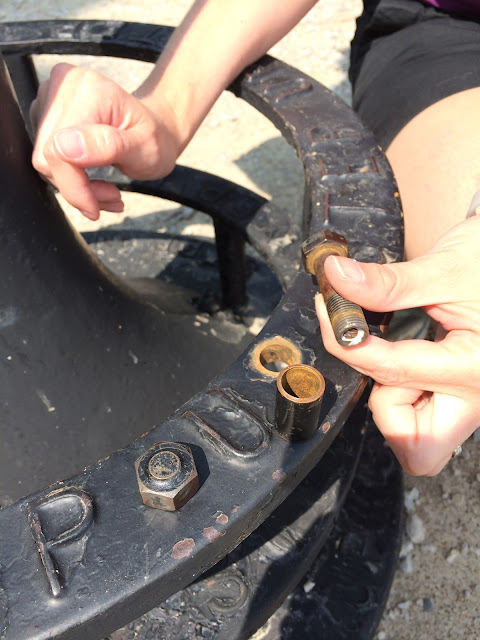 When started to get hungry for lunch we checked yelp, but didn’t see anything good nearby so we used the old method of looking out the window. None of the restaurants looked very tempting, but we finally drove past a small food stand with a huge line. Jon made a U-turn and we went back to have $1 tacos at Tacos El Rey near Toledo, Ohio. A local man inline behind us told us they were the best food around and we’d be back for more. 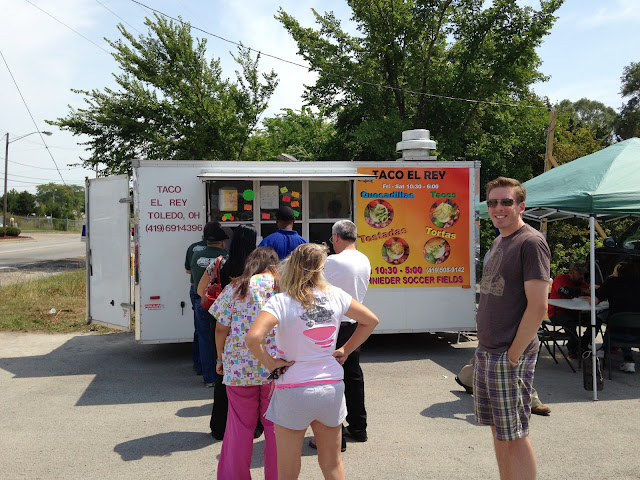 Back on the road we decided our destination should be camping near the Indiana State Dunes. Unfortunately it was a Friday night and the state park campground was full. Finally one campground recommended we try Mini Mountain where we were able to get a ‘primitive tent’ site for one night.

On our way to the tent camp site we got lost and came across some people in a golf cart stuck in the mud. We decided to be good samaritans and help them out.  Jon stood in mud up to his knees, but after trying several different ideas, we finally got them free of the mud. 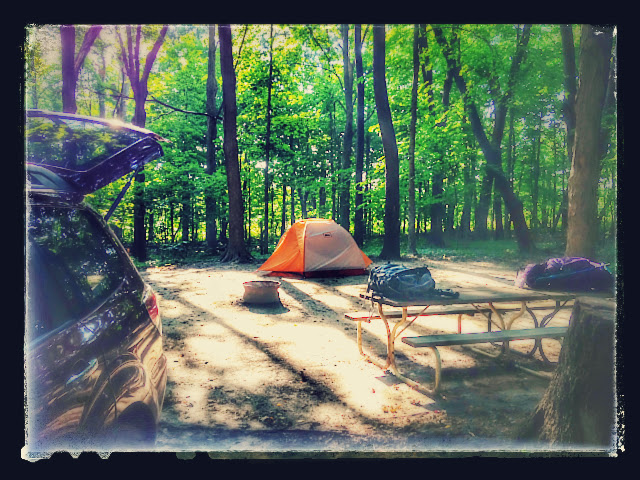 Our first night camping was a big success for us. We set up the campsite, then drove to a local grocery store for some food and firewood. We managed to start a good fire without using a fire starter or lighter fluid (much different story than the last time). Dinner was sausages cooked over the fire and baked beans on our propane stovetop. The real adventure of the night was when a large raccoon tried to get into our campsite. The first time we saw him, I had heard a noise in the woods and thought Jon was trying to sneak up on me. When I turned, the big raccoon was frozen in my headlamp and then slunk back into the woods. He showed his face twice more before we went to bed. 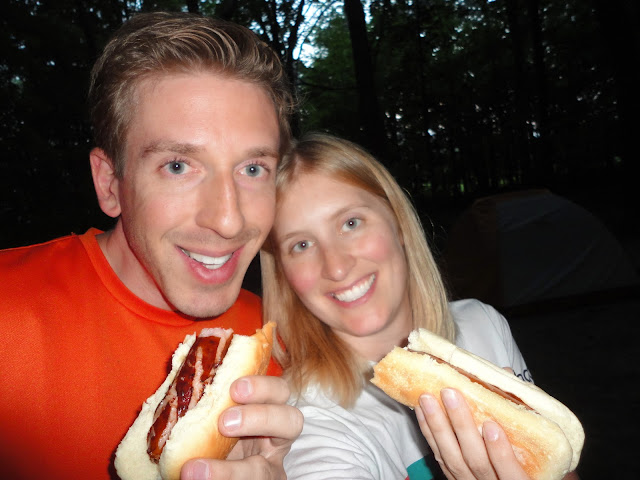 We tried to get an early start on the day and pack up the campsite quickly. We had decided the night before to make the Indiana Dunes our first stop. We went to the West Beach of the National Lakeshore (instead of the Indiana Dunes State Park). At the west beach we enjoyed a one mile hike on stairs built up over the Dunes and ending with a short walk in the lake. 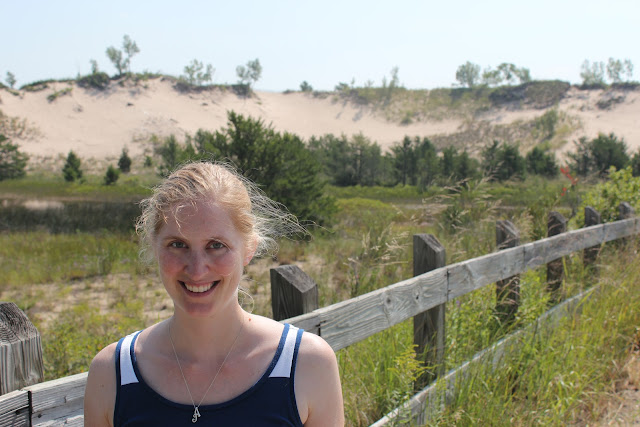 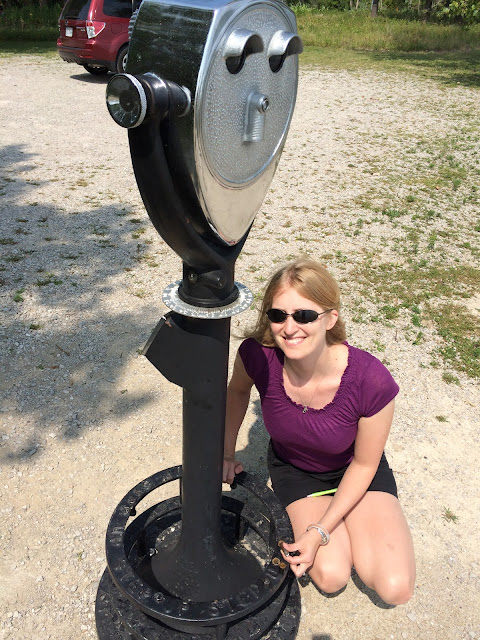 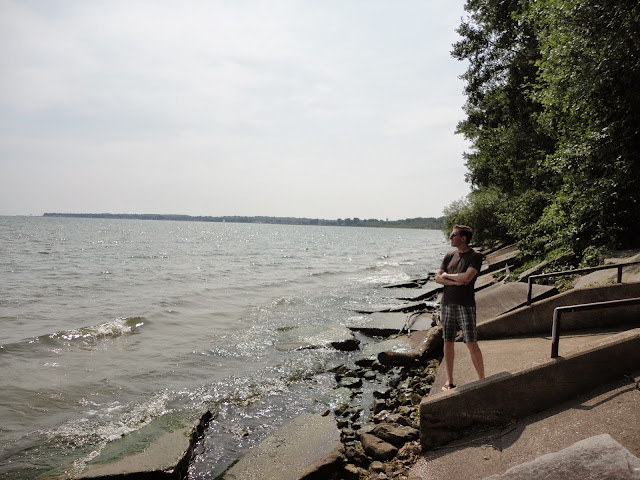 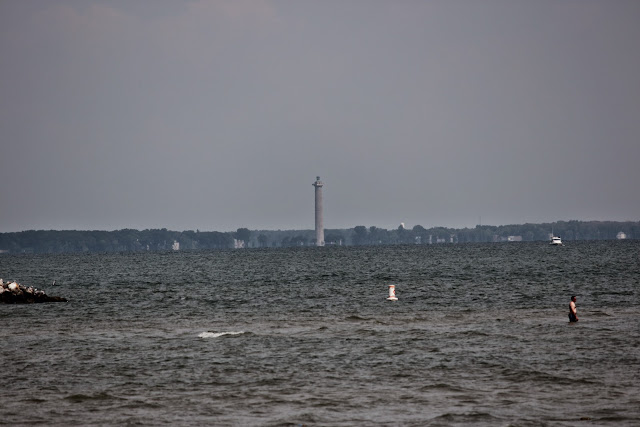 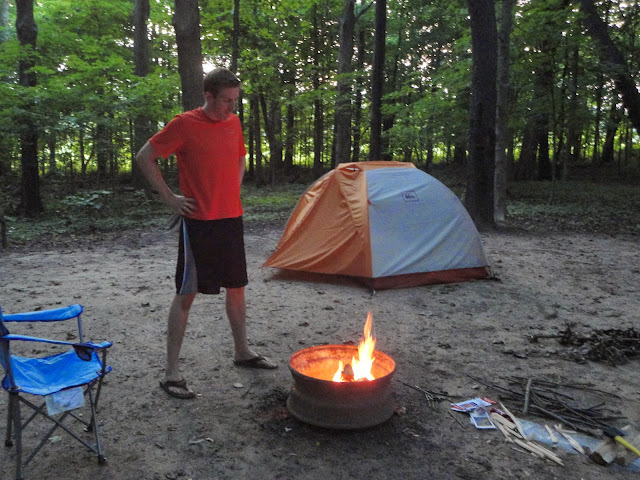 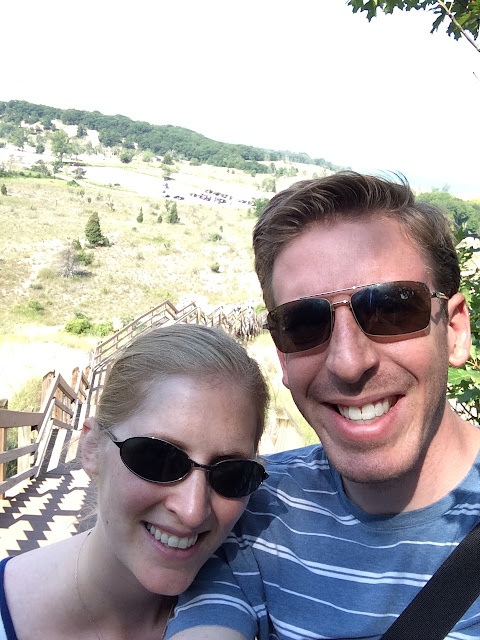 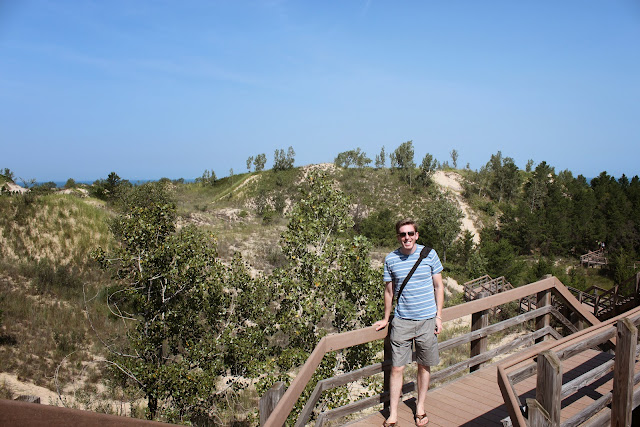