Our time in Cleveland started when we met my high school friend, Annie. Annie works for the Cleveland Indians and was able to give us a personal tour of Progressive Stadium when we arrived. 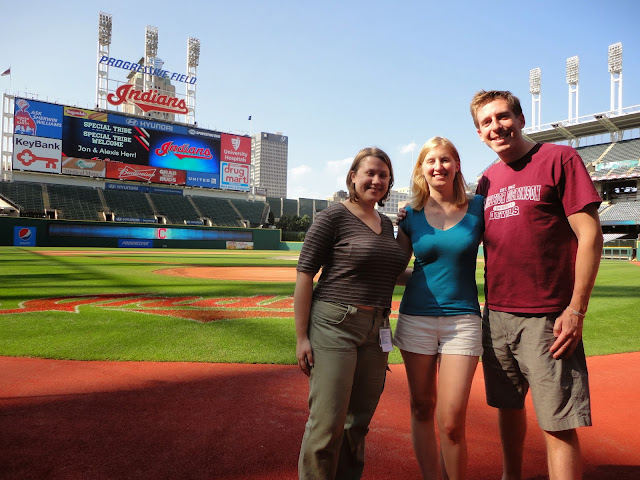 Read the score board!

Afterwards Annie drove us to the lakefront where we stumbled into a Mini-Copper convention but still enjoyed the lakeside view. We drove back into town to  East 4th Street. East 4th Street is a pedestrian street lined with bars and restaurants with outdoor seating. We got a drink at the Greenhouse Tavern and enjoyed sitting at their rooftop bar. 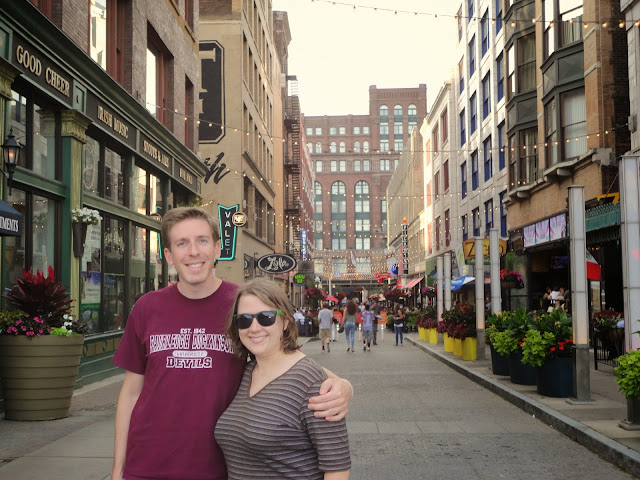 For dinner we drove to Melt. Melt is very popular grilled cheese restaurant which has been on quite a few TV shows including Diners, Drive-ins, and Dives, and Man vs Food. The sandwiches we got were huge and very decadent, but I’m not sure at which point they stop being grilled cheese and are just a sandwich. 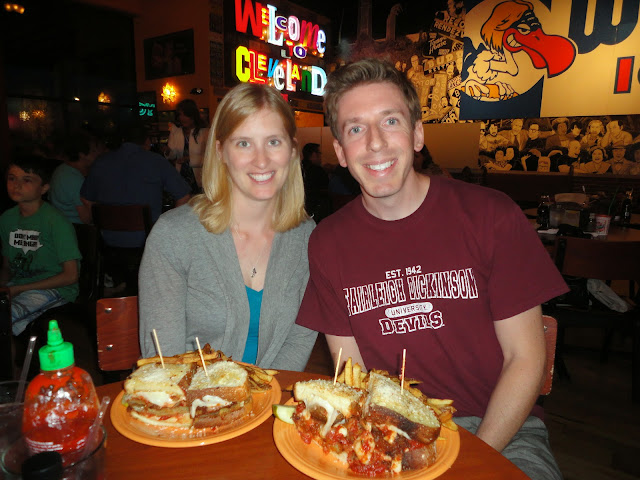 The next morning Jon worked for a while and then we started our day by going to the Cultural Gardens at Rockefeller Park. The park is apparently also known for its greenhouse (which we didn’t see). The weather was perfect for our stroll though a dozen of the gardens. For me, the most notable gardens were the Irish garden, the Italian garden, and the Hungarian Garden. We also took the time to find a quick geocache in the Latvian garden. 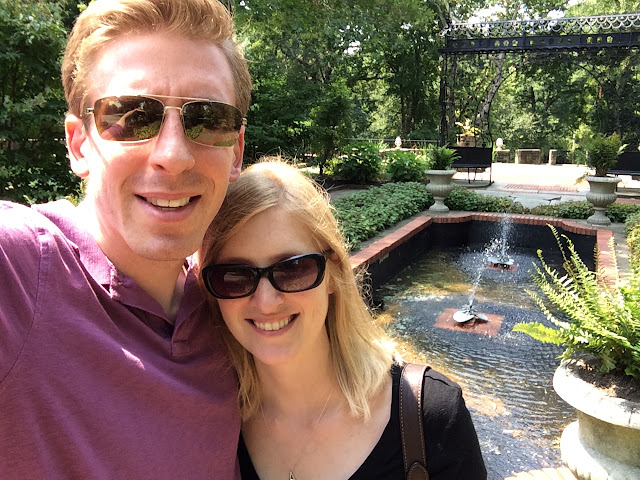 For lunch Annie took us to Sokolowski’s University Inn, a cafeteria style restaurant serving polish home cooking. The serving size was so large that Jon and I were able to split one meal of stuffed cabbage, pierogies, and a potato pancake. The best way to describe the the food is as ‘comfort food’. 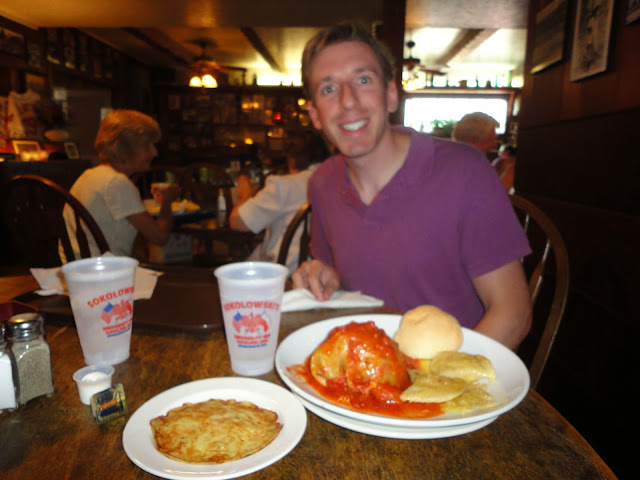 Jon and I then went to Cleveland’s most famous attraction, the Rock’n’Roll Hall of Fame and Museum. The museum starts with displays about the music which inspired rock n roll such as blues, jazz, folk, and gospel among others. There was a lot to see and after spending over an hour on the first level we decided we needed to speed up a bit. The hall of fame itself is a collection of signatures of the inductees. When the museum closed at 5:30 we decided to leave our car parked there and walk around the city a bit. 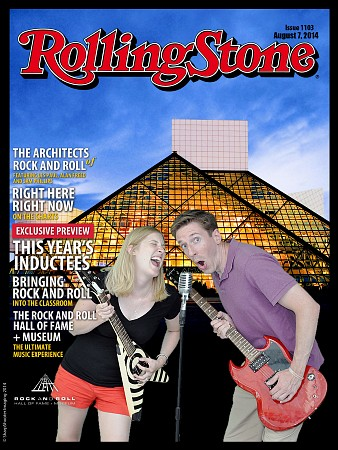 Dinner was in Ohio City where we sat outside at the Great Lakes Brewery. They had a large crowd so we waited by a bar in the basement called the Beer Cellar, which also had a unique atmosphere with the brick walls and distance beer vats for brewing.

We weren’t sure what to do in the evening, so we walked to the Cleveland Convention Center where a light show was going on. After listening to some local business people and philanthropists talk they put on a nice projection show against the wall of one of the buildings. They also had a ‘light pool’ on the ground to run around on and a huge laser made rainbow across the sky. It was a great find for something to do on a beautiful Thursday night. 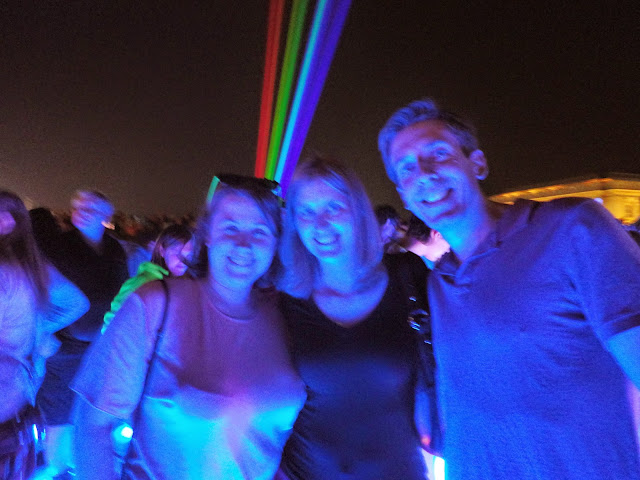 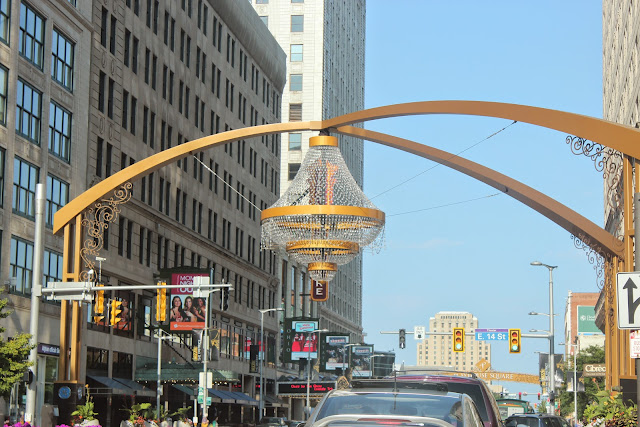 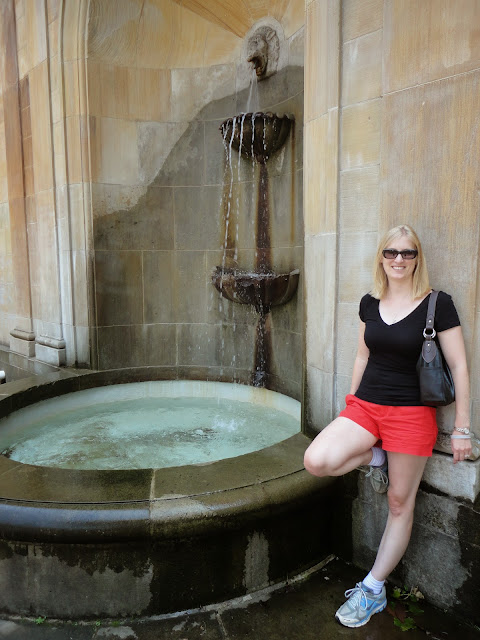 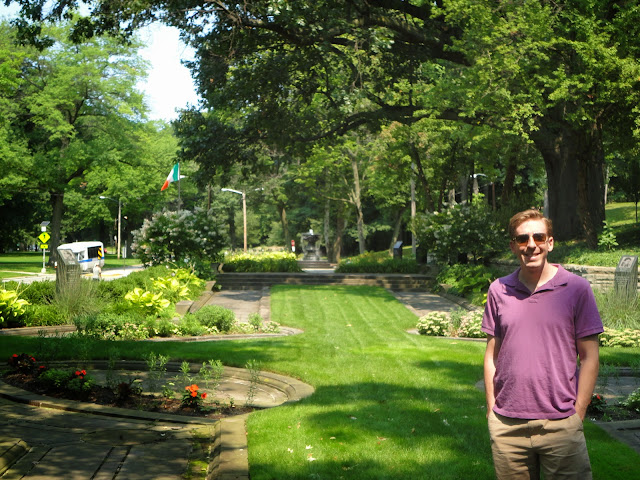 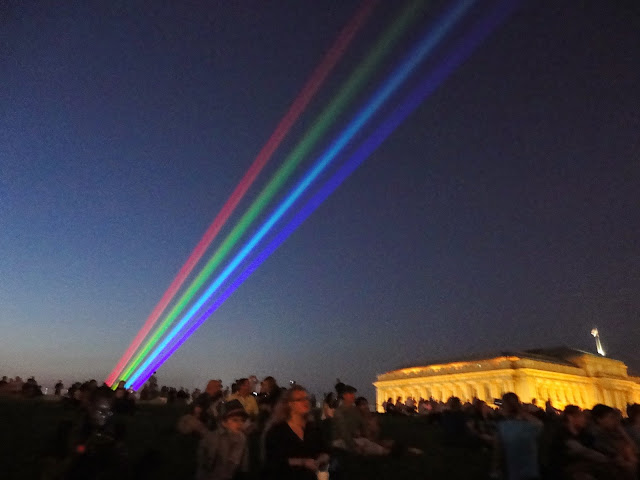 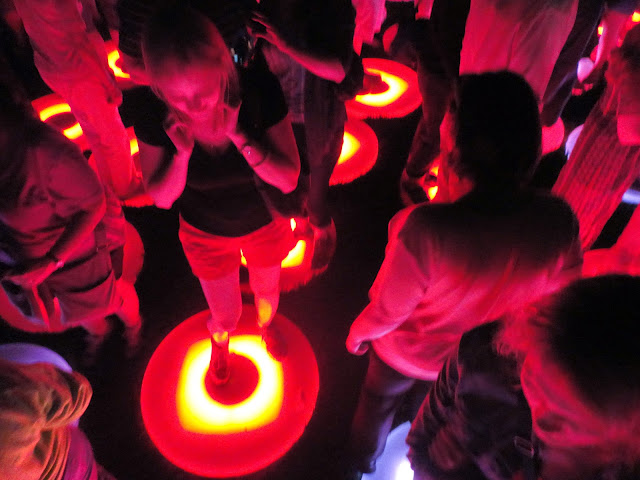 Alexis in the light pool 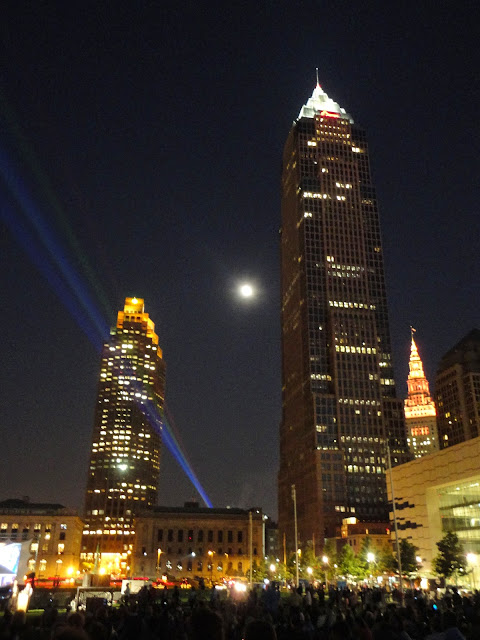 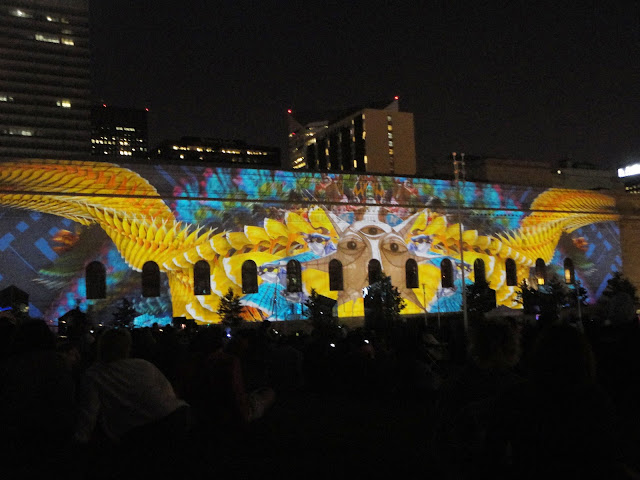 One thought on “Cleveland, OH”