Our first stop on our trip across the country, was to see our friends, Kara & Josh, in Columbus, OH.  They were ready for our arrival with a huge cookout and we spent the night relaxing and catching-up with them.

The next morning, after another home cooked meal, we went to Scioto Park where there is a free outdoor climbing wall and obstacle course. When Josh suggested the park he had no idea Jon and I had climbing gear in our car, so we jumped on the chance to use it. We started our visit to the park with a run through the obstacle course which was completely exhausting. It featured a tire flip, cargo net, belly crawl, monkey bars and a balance beam (which was the obstacle which got the best of us). Afterwards we went to the climbing wall. A Tuesday morning was the perfect time to visit the wall because it was never crowded. The wall is free but you must bring your own gear (unless you want to use the auto-belay).  Josh climbed up the back of the wall to attach a top rope for us to climb. Climbing outside was a great change from the indoor gyms we are used to and we all climbed until our arms felt like spaghetti. 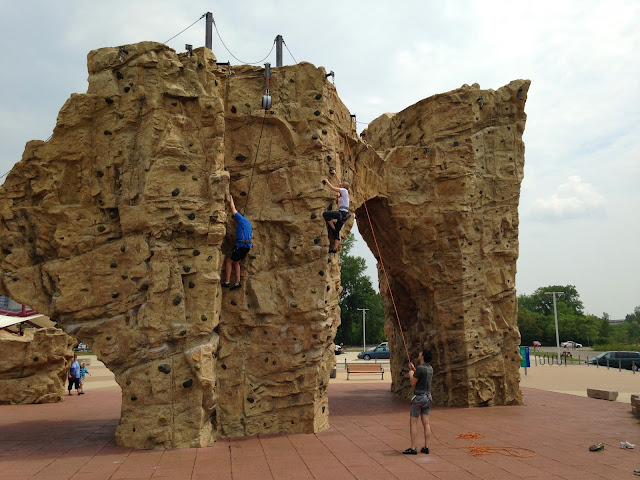 To cool down before lunch, we went to the Topiary Garden. The figures in the garden recreate the painting A Sunday Afternoon on the Isle of La Grande Jatte by George Seurat. 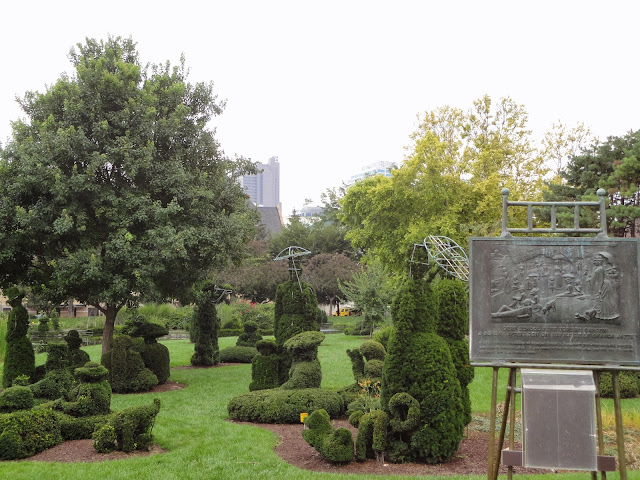 Sunday Afternoon on the Isle of La Grande Jatte

For lunch Kara and Josh took us to Katzinger’s Deli, which is a local favorite. We enjoyed their famous Rubens and pickles from the pickle bar. After lunch Josh took us on a driving tour of Columbus through German Village and the Ohio State Campus. By the time we got home to shower, we were exhausted (although somehow Kara had the energy to go to play paddle tennis that evening). For dinner Josh took us to Graeter’s for Ice Cream. The ice cream was really good and despite myself I had to order the Buckeye Blitz which I wish I could say was terrible but it was yummy. After ice cream we got pizza from Dewey’s and relaxed at home. 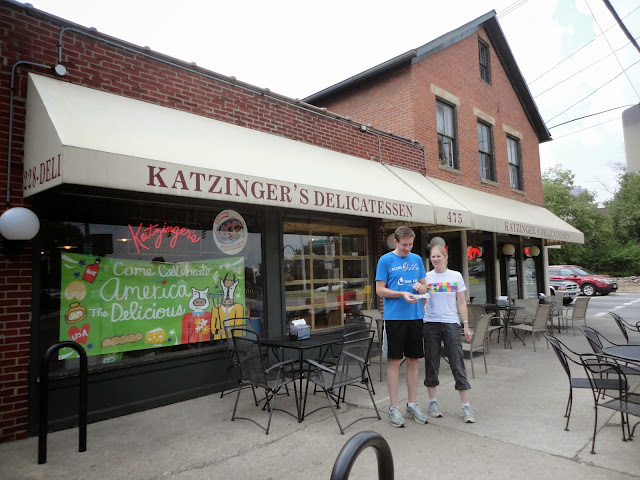 We left Columbus the next morning and decided to avoid the highway by driving north on route 42. The ride was pretty and went through several small towns. We stopped once to by fruit but mostly had decided Mansfield would be our destination. In Mansfield we visited the Ohio State Reformatory, an old jail which is now maintained by a preservation society. The jail was absolutely amazing; beautiful stone architecture to replicate Romanesque style castles, history, ghost sightings, and the filming location for several films including the Shawshank Redemption. It really had something for everyone. The one hour self-guided tour took us almost two hours to complete.  While it seemed that almost every room of the huge building was open to be explored, our only complaint is that some of the rooms could have been maintained better over the years. 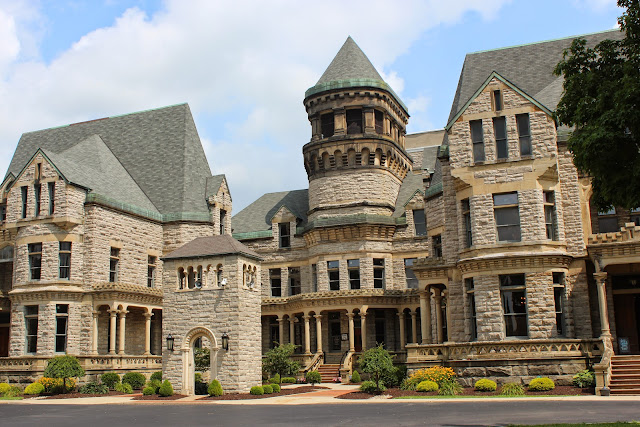 When we left the Reformatory we drove back into Mansfield and ate at Doc’s Deli which we found on Yelp. Doc’s may have been the friendliest deli ever and we enjoyed the food. We got back on the highway to finish the drive to Cleveland where we met up with my high school friend Annie. 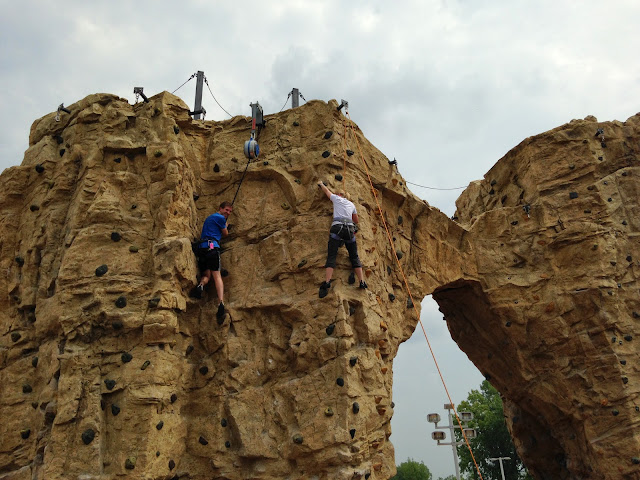 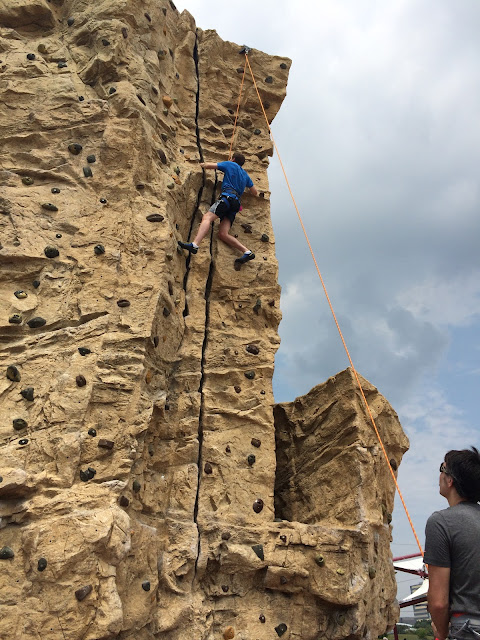 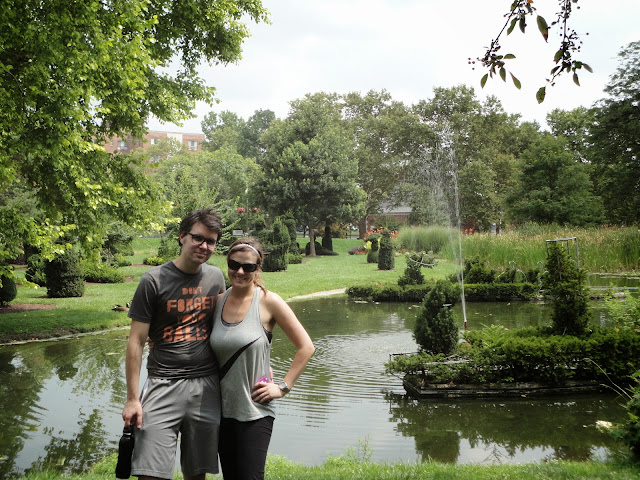 Thanks Kara and Josh! 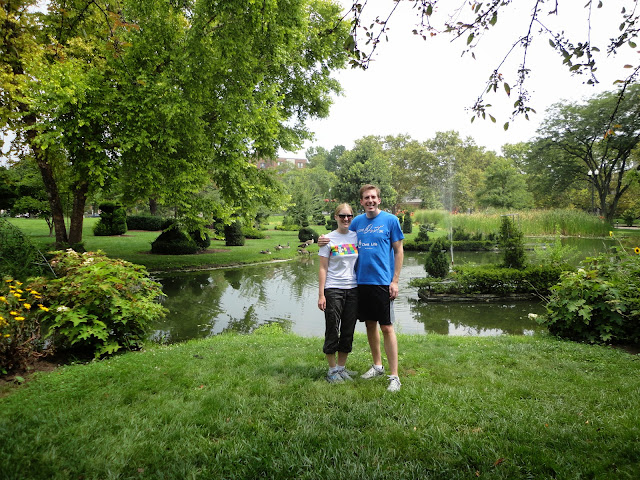 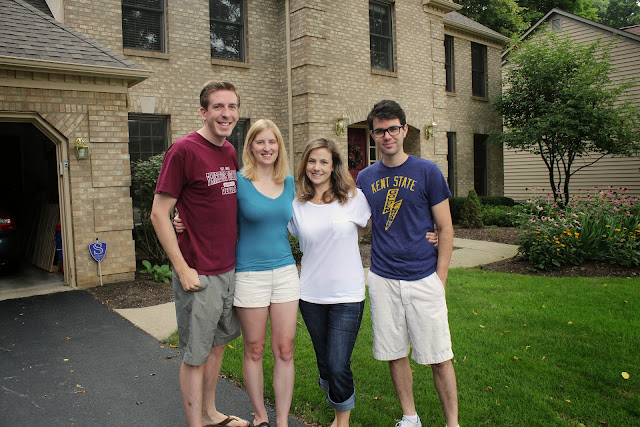 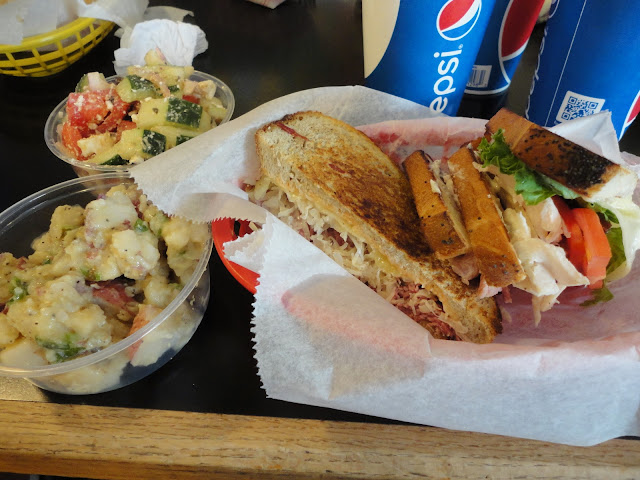 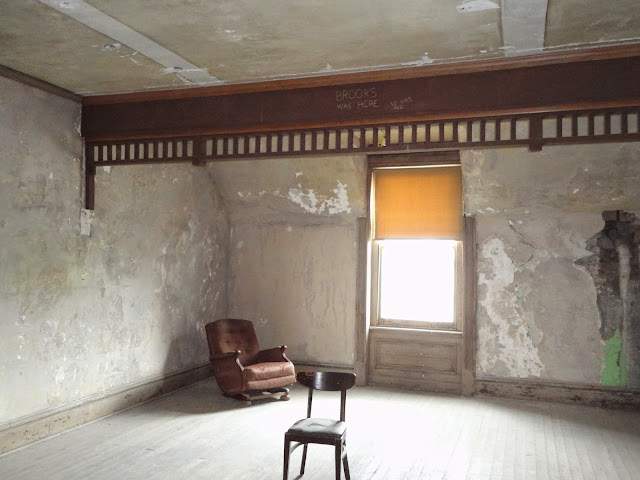 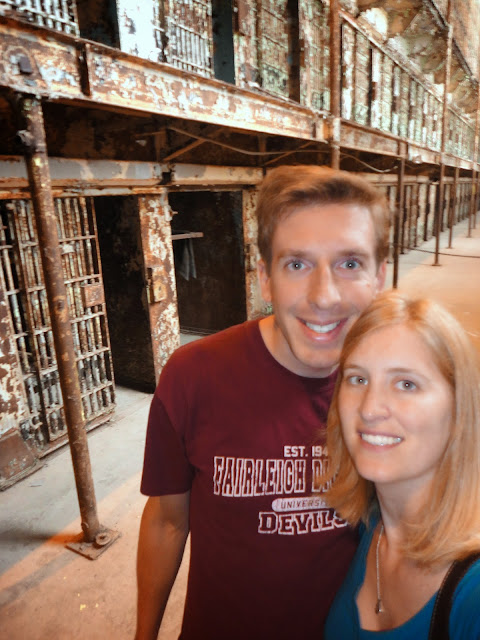 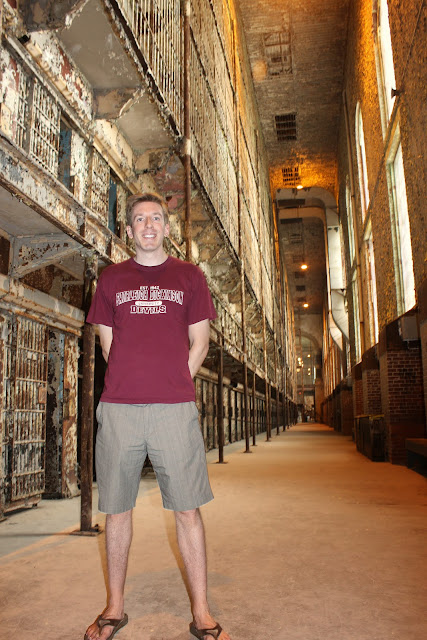 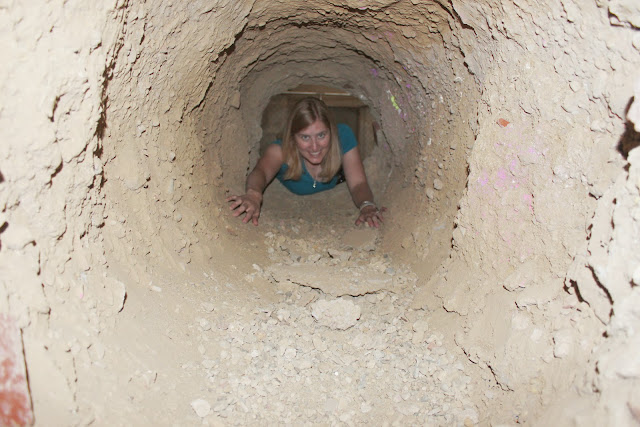 One thought on “Columbus, OH and Route 42”