Most people come to Himeji for one reason, and so did we, to see the Himeji Castle. It is typically a day trip from Kyoto or Osaka, but we made it a pit stop on our way to Hiroshima.

We journeyed to Himeji on our way from Nara to Hiroshima taking local trains. Since we didn’t have plans to spend the evening in Himeji, we put our bags in a locker at the train station. Finding a locker wasn’t easy. The first three banks of lockers were completely taken, and finally we found one small locker. Locker tetris commenced and after a lot of pushing we finally had our bags stored. I felt that the lack of locker availability was another indication that most of the tourists were simply spending a few hours at Himeji while passing through to other areas of Japan. 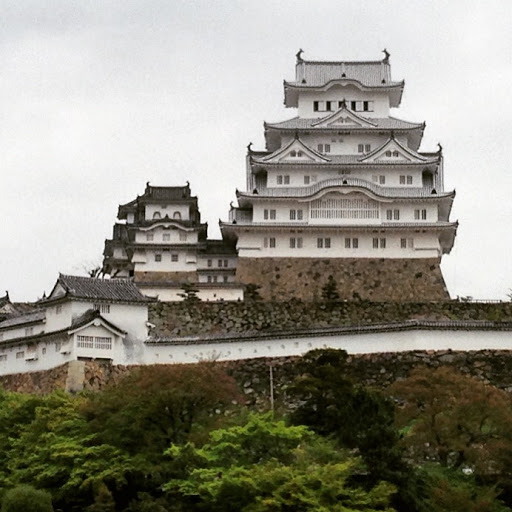 From the train station, the Himeji Castle is a 20 minute walk up the main road. The Edo period castle sits on a hill and is visible in front of you for the entirety of the walk which helps build anticipation. An area map pointed out several spots for photographs of the castle, including a few that looked like they were from the upper floors of city buildings although we didn’t try those. 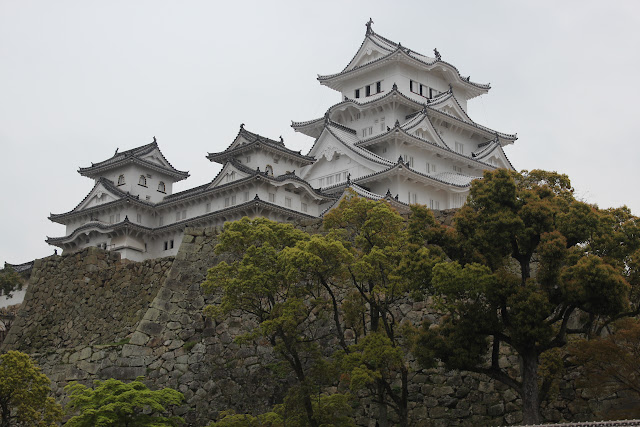 Admission tickets were 1000Y or 1040Y if you wanted to also view the Koko-en Garden. Inside the castle gate, we were handed tickets to the ‘Main Keep’ which were to accompany paid admission into the castle. Only a limited number of people are able to enter the Main Keep each day. The castle is stunning to approach and we arrived at a great time, shortly after restorations, which had the castled covered in scaffolding, were completed. Although the tour through the Main Keep is self-guided, the large crowd created lines to enter. At the entrance, you are asked to remove your shoes and carry them through the building. One surprise to us was the large amount of access we had throughout the building. The Main Keep is 7 stories. Each story is basically a single square room, of which we could see the entirety of. The building was unfurnished but signs pointed out features in the design used for defense of the castle. The tour route climbed up and down steep stairs leading us through each story of the building. The line continued the entire way through the keep, making the photo opportunities hard to find. The top floor offered nice views of the surrounding town though. 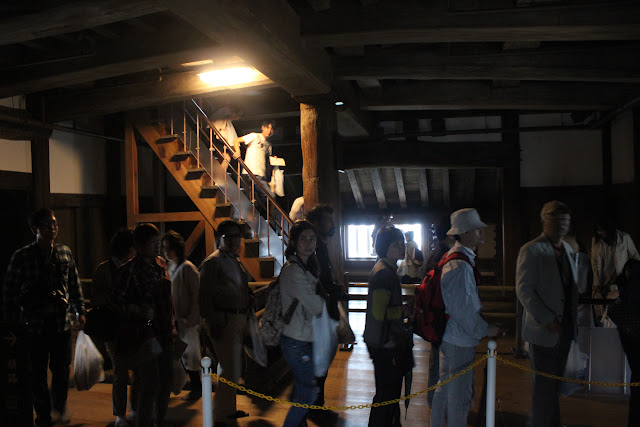 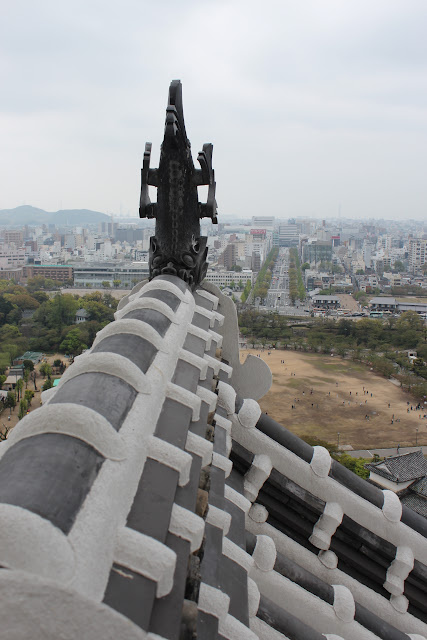 When we exited the castle, we strolled the grounds looking for more good photo locations. We came across the Hyakken Roka, a long barracks like corridor which was free to enter and walk through. When we emerged from the Kyakken Roka, the sky, which had been threatening rain all day, was darker and it was sprinkling. 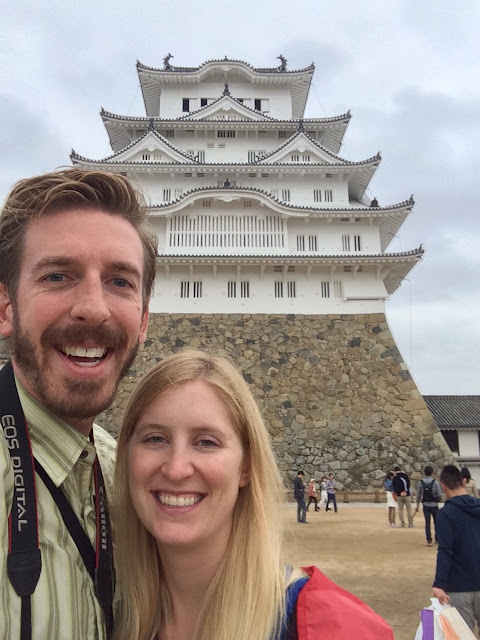 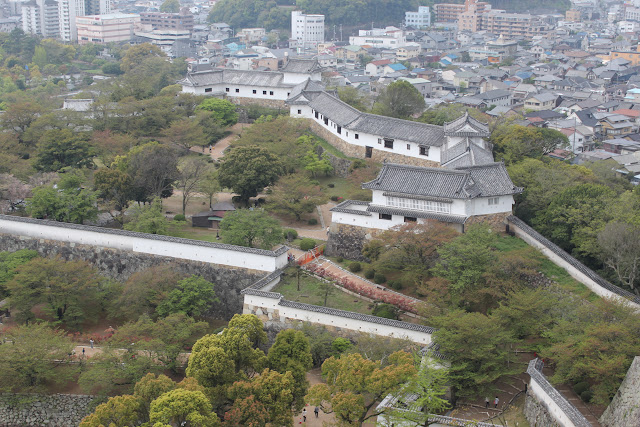 Since our tickets included admission to the Koko-en gardens, we made that our next stop. The gardens are an old estate which were converted after the castle became a world heritage site. There were 13 gardens in total, each one separated by a wall or fence from the others. The gardens included a bamboo garden, flower garden, tea garden, and more. By this time we had seen many gardens in Japan, but if you enjoy ponds and the sound of trickling water this one might be where I’d recommend you go. 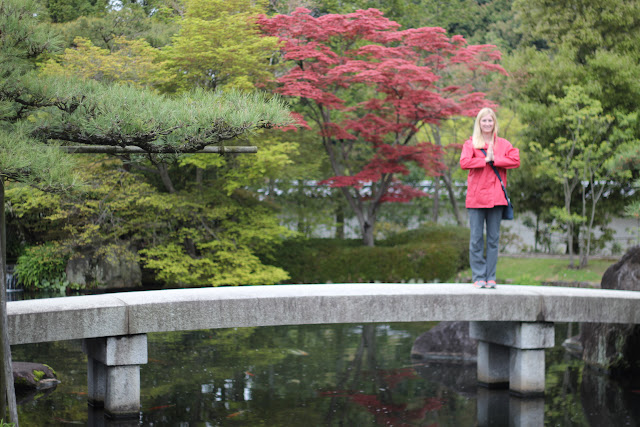 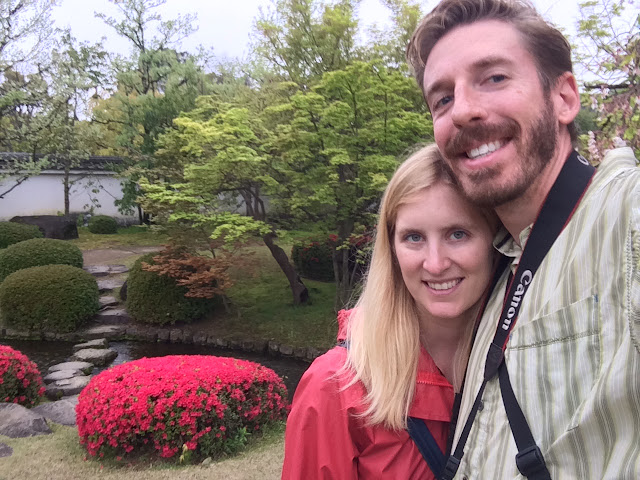 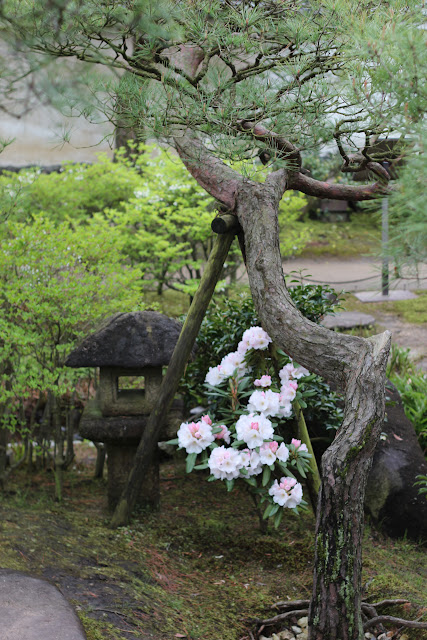 When we left the garden we walked back towards the train station to look for dinner. Finally we chose a restaurant close to the train station. I can’t tell you the name because I never saw it written in English. The restaurant specialized in free-range chicken and seemed to have an agreement with chicken farms cutting our the middle-man. We ordered a combination dish of the two most popular meals; one was grilled chicken and the other was sashimi chicken (we thought it was raw fish when we ordered, not raw chicken). We were able to eat the sashimi chicken, but raw chicken is one thing we don’t plan to order again if we can help it. We were worried about salmonella, but the waitress indicated the chicken was very fresh, so we ate it. 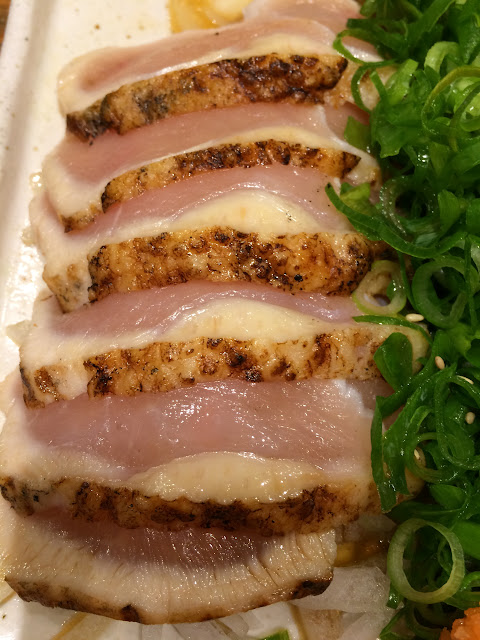 We also had a salad and soup dumplings which were the best part of the meal. The waitress was very nice and brought us several extras including fried rice in the shape of the Himeji Castle mascot, tea, and a jelly desert to welcome us to Japan. On the way out of the door she offered us small containers of miso paste to take with us. It was one of the best service experiences we had in Japan. 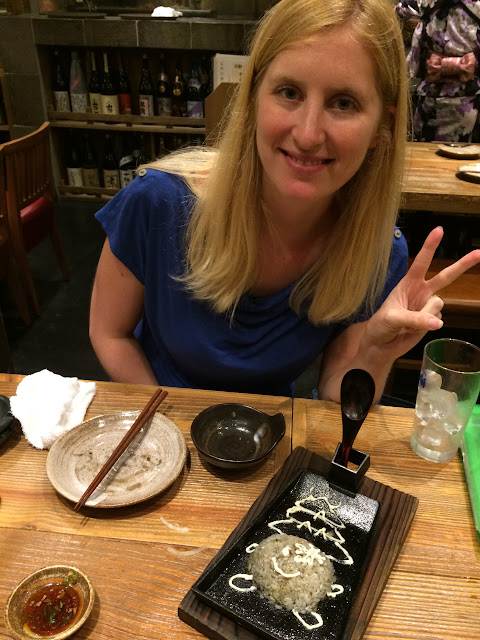 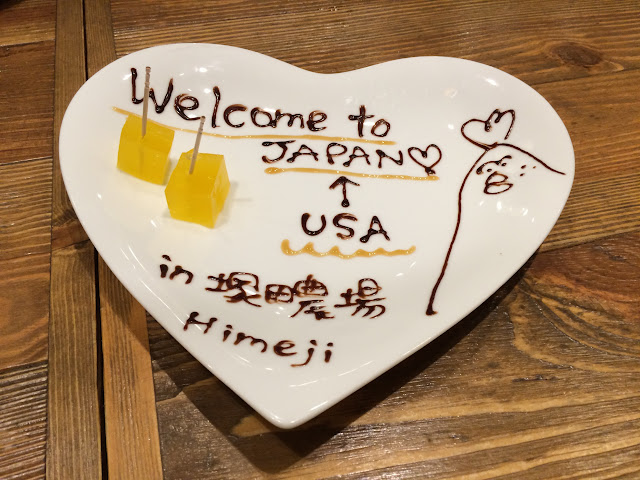 We headed back to the train station and caught a shinkansen (bullet train) to Hiroshima. 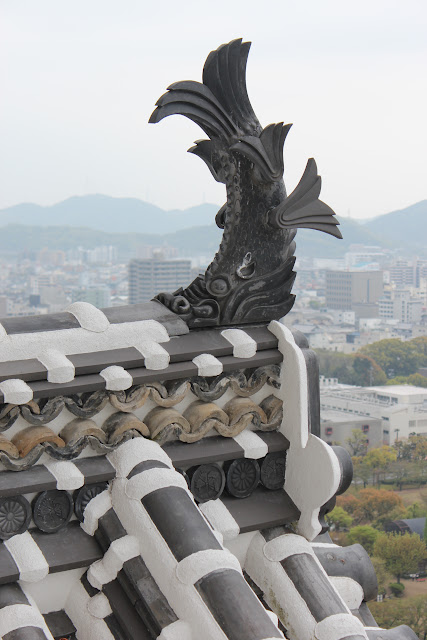 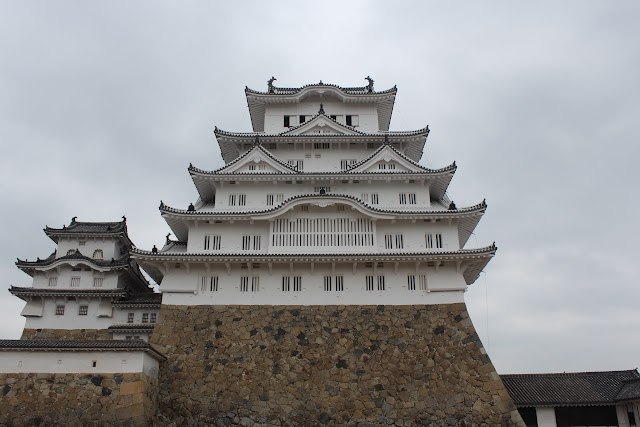 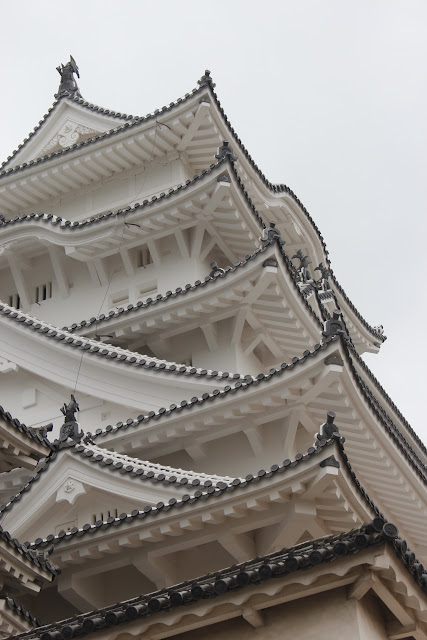 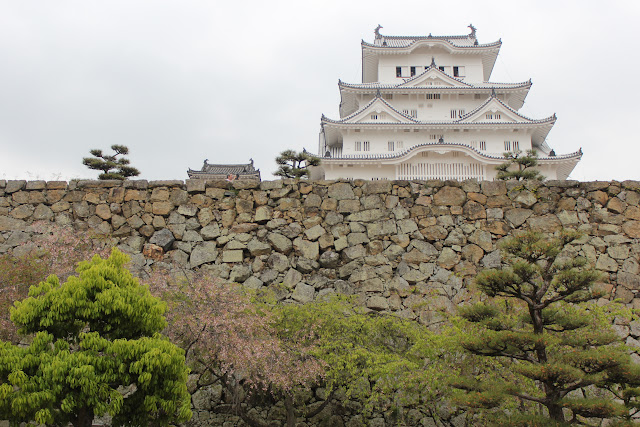 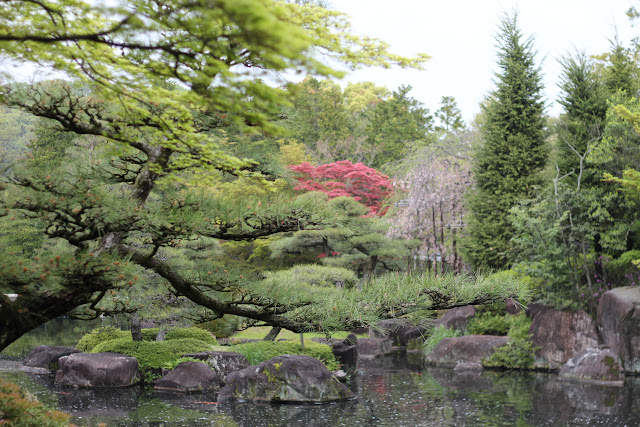 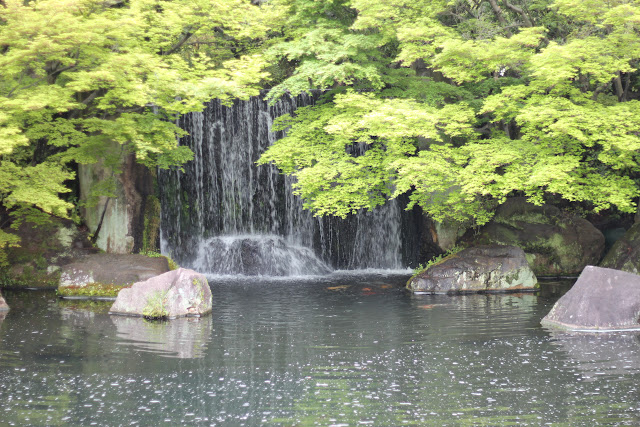 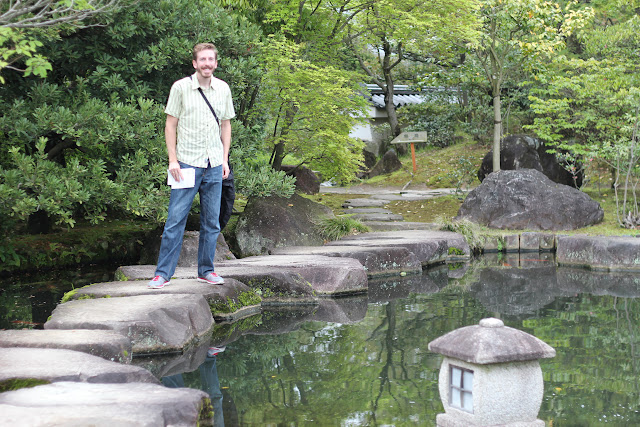 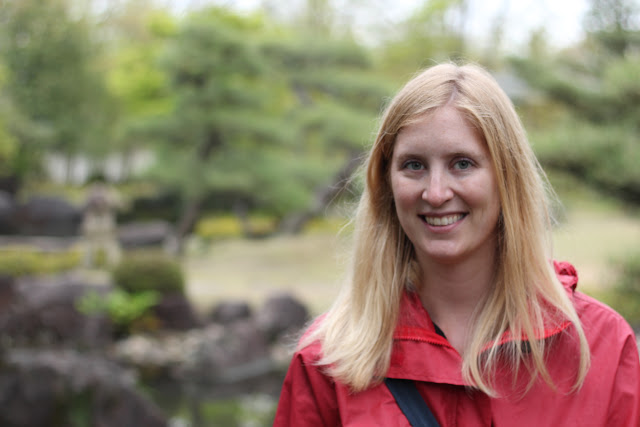 One thought on “Himeji, Japan (姫路)”