Waitomo is known for one thing; caves. Cave tours in Waitomo range from walk through tours to tubing and repeling, but all are under glowworm lit cavern roofs.

We arrived late afternoon in Waitomo and to our hotel, the Waitomo Cave Hotel. The hotel was very nice and cute, which was a delight after seeing the Auckland hotels of the same rate. The hotel is as close to the Waitomo caves as you can get and is in a large historic Victorian house. We had a standard room which was more than adequate for us. Plus, when we inquired about laundry, we were happy to find out that they have a free guest laundry room. We relaxed in our room, booked some future hotels, and did laundry which were big accomplishments. 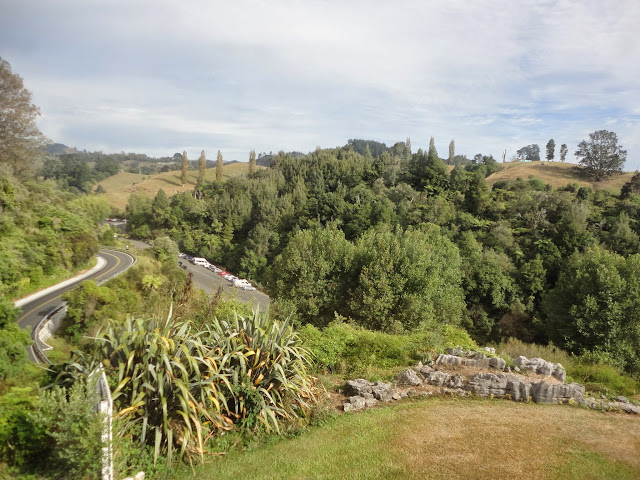 View towards the caves from our hotel

Late in the evening we headed out to dinner. The front desk had recommend Curly’s earlier to us, but we were disappointed to find that the kitchen was already closed (it was pushing 10pm at that time). The bartender at Curly’s told us we’d likely have to drive 8km to Otorhanga to find a restaurant still serving. We almost went back to our hotel for granola bars but its good that we didn’t because the very next restaurant on the street, The General Store, was still serving food. The place was crowded with a young, casual crowd enjoying the evening air.

Because we were still recovering from the time zone change, we did the unthinkable and slept through our free breakfast at the hotel. When we did wake up we had to check out and headed back to The General Store for breakfast.

There are many options of cave tours in Waitomo. We had picked up several travel brochures. For us, the most tempting would normally be one of the Blackwater tours. These are tours that have you innertube, swim, repel, climb, and zip-line along rivers through the caves while glowwarms hang above. Unfortunately, cold water activities were out because we wanted to stay healthy for our upcoming trek in one week’s time. Instead we looked at the regular, dry cave tours. Time also was a deciding factor for us because we knew we had to be in Rotorua by 3pm for a preplanned activity. The girl working at The Waitomo Caves Discovery Centre was very helpful and made all of the tours sound great, but she helped us decide that only the Waitomo Glowworm Cave tour fit our criteria.

The Waitomo Cave Tour ($48 NZD) departs every ½ hour and you don’t seem to need advance tickets. Before entering the cave, the guide took a few moments to point out plants of significance to the Maori people. The tour starts by taking you into the cave on the upper level where limestone stalactites and stalagmites are. The white limestone is pretty. Next we got to see the glowworms. The skeptic in me was a bit worried that glowworms wouldn’t be worth the money and that there was no way the worms would look like the advertised photographs. Luckily this was unfounded! We weren’t allowed to take pictures, but the worms do illuminate the ceiling in green lights with the same density as the photographs show. Our first look at the worms was from an elevated platform. The guide told us to crouch down and look at the ceiling next to us. It was amazing! Small bright green lights were everywhere. When the lights are on the worms are too small to see, but instead, their spider like silks hang in lines from the ceiling. 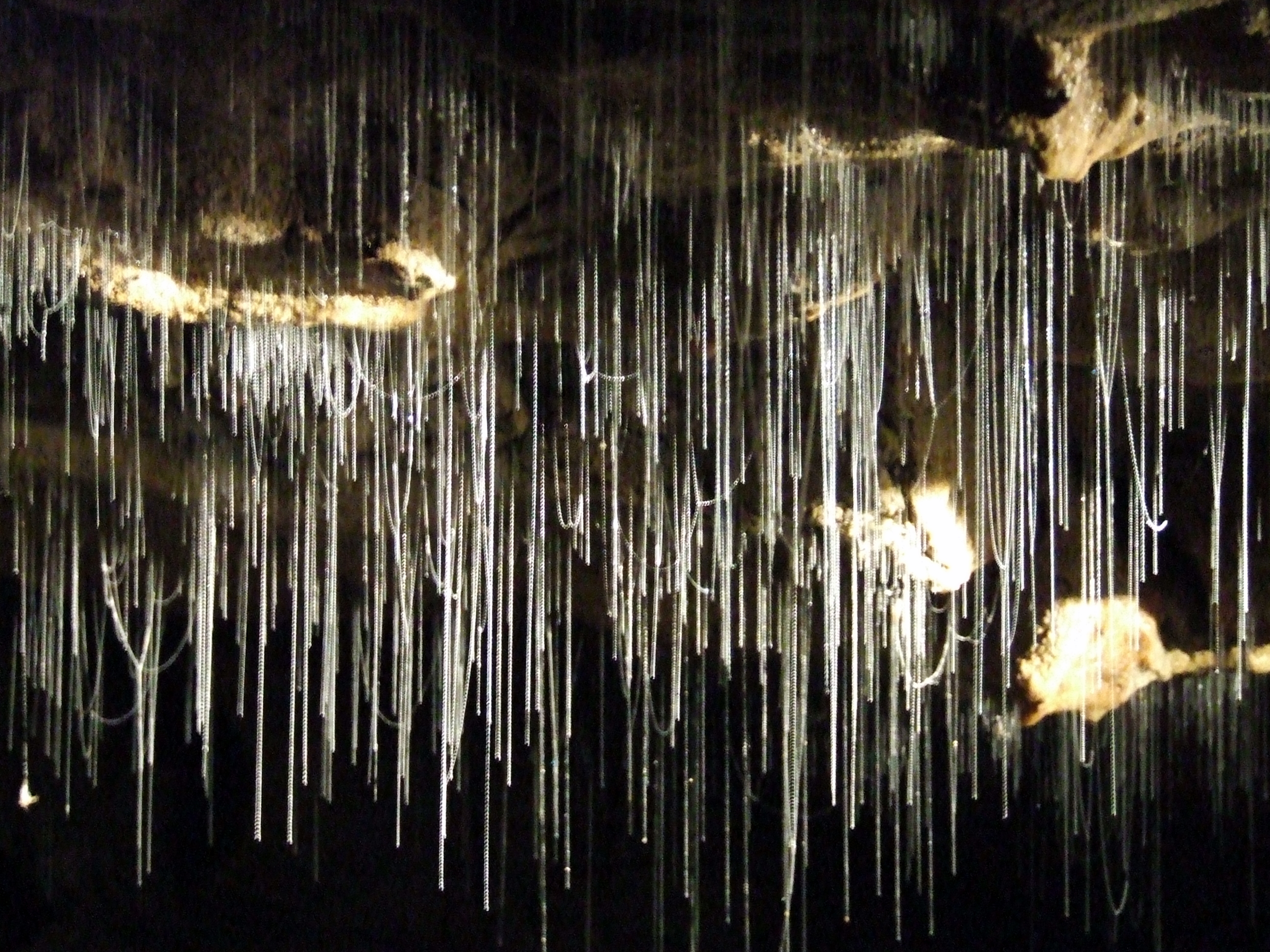 Stock photo of the hanging threads from glowworms

The next part of the tour was the real highlight, a boat ride through a glowworm cavern. We boarded a boat in silence and the guide, using ropes strung throughout the cavern, pulled the boat along. The ceiling above us was unreal. The huge quantity of worms looked like the starriest night sky, accented by the three dimensions of rocky cave features which the worms hung to. The boat emerged from the cave at a natural entrance through which the cave was originally discovered. 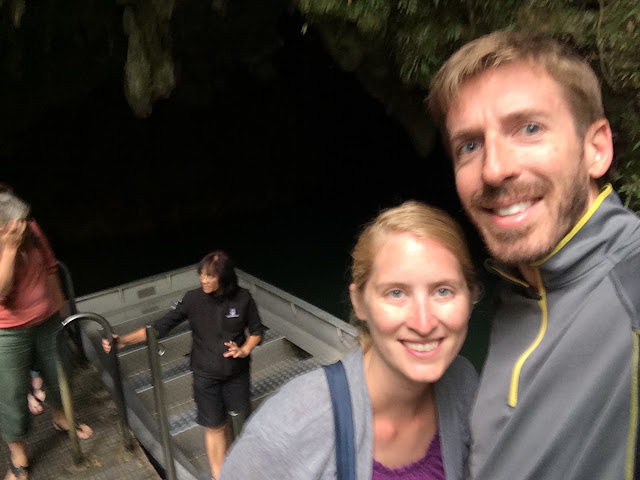 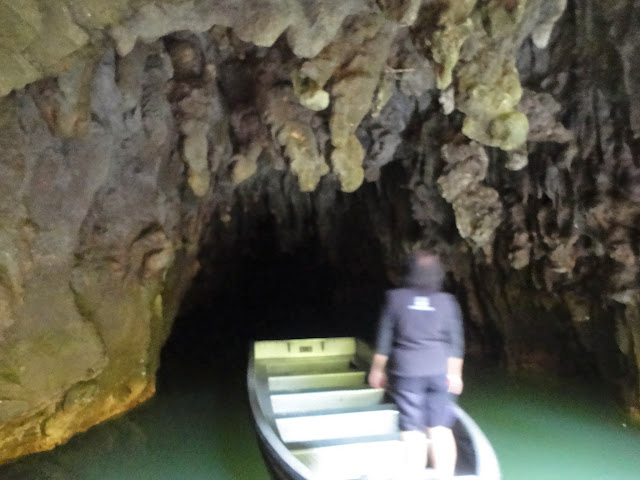 The guide returning the boat to the start point

While it was a bit disappointing at first not to be able to do a blackwater tour, I’m glad that we didn’t. The silence in which we got to view the glowworms made them more surreal than the splashing and chaos of a blackwater tour.

After the cave tour, we headed toward Rotorua, a two hour drive.

Black Water Tours – There are several companies offering different adventure tours of the caves. The most popular seems to be the Black Water Rafting Company. 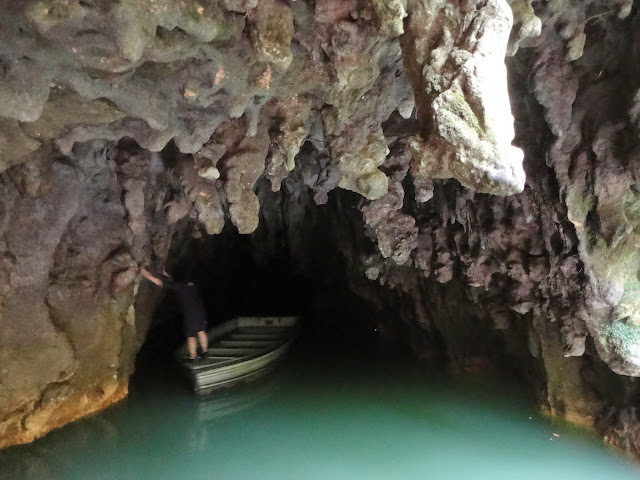 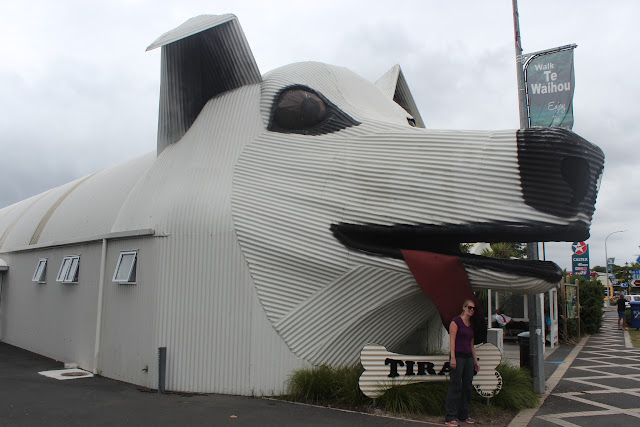 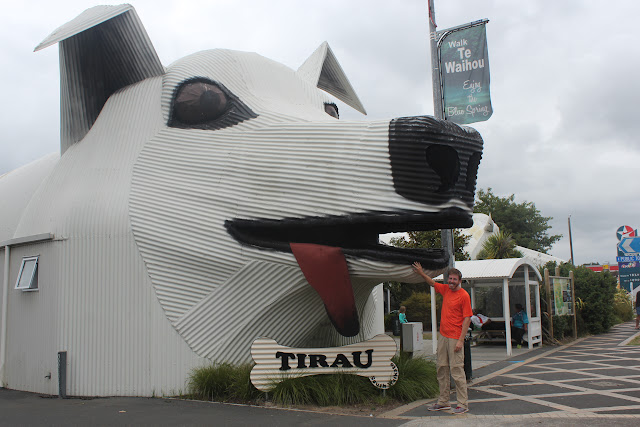 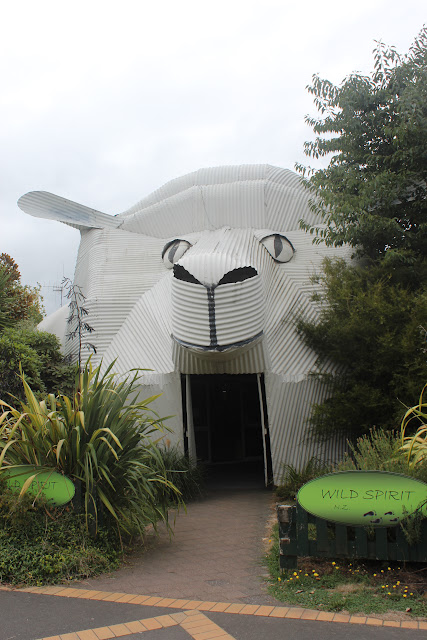