Auckland, New Zealand’s largest city, was even busier than normal during our visit because of the Cricket World Cup. Unfortunately this meant hotels were hard to come by and we had to cut our time in the city short. 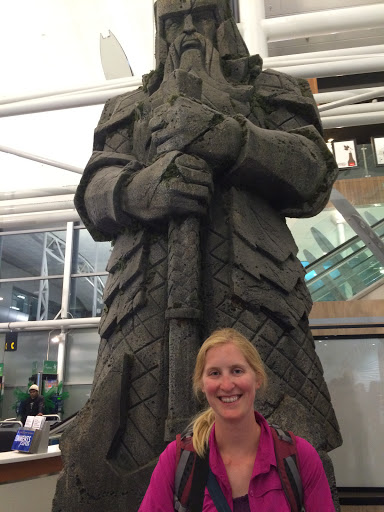 Our flight into Auckland arrived late, at almost 1am. It was luck that we were able to reach the rental car agency because they had asked we call a local number although we don’t have working phones as we travel. We hadn’t booked a hotel and found it to be incredibility difficult. The rental car company recommended some hotels, but warned us that due to the cricket world cup the hotels were busier than usual. We got our car and Jon needed to learn how to drive on the left side of the road. Luckily, since it was late, there wasn’t much traffic, and he was able to quickly get the hang of it. We drove around for over an hour stopping at almost a dozen hotels. We even drove out of the airport area and towards the city. In our travels we found one room, with no frills and a shared bathroom for $87 NZD. We ended up going back to that hotel when we couldn’t find anything else at all. We asked if we could have a late check out, but were only given until 11am which wasn’t much time considering we were checking in after 2am and were exhausted.

We took stock of what we wanted to do, and decided the best plan would be to get out of Auckland instead of trying to find a hotel for the next night. We found a Dunkin’ Donuts with wifi and booked a room in Waitomo. We decided to spend the day in Auckland and drive to Waitomo in the evening.

Our first stop in Auckland was to Mt Eden. Mt. Eden is a volcano, now dormant, which overlooks the city. You can drive to the top of the cone, but we parked at the bottom and hiked up. The view of Auckland is very nice but the stand out feature is the volcano’s crater. It was a cool day and Mt. Eden park was a nice way to start our visit to Auckland. 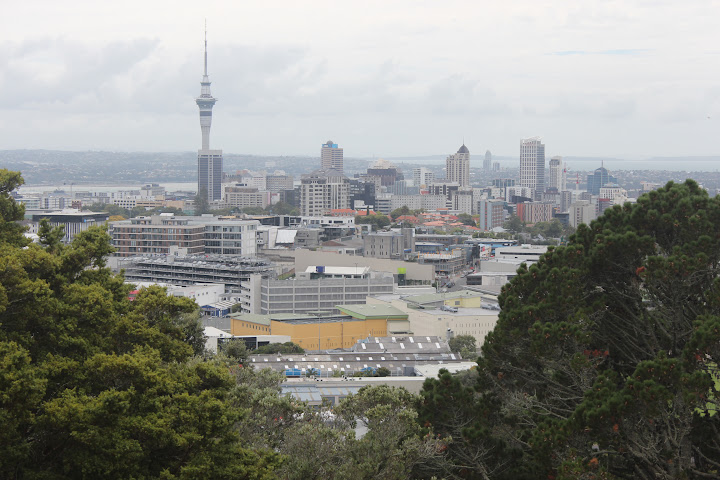 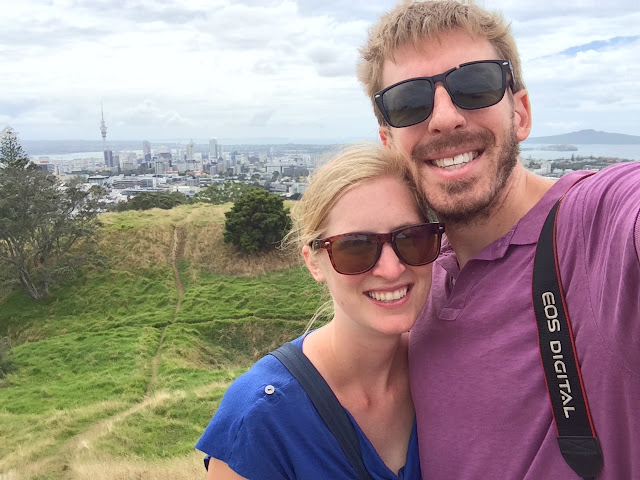 From Mt. Eden we had no other real ideas of what to do, so we drove into the city. We drove down Queen Street and towards the Wharfs where we parked to walk around. Auckland seemed to be populated with young professionals and students. It was definitely a busy metropolis and the streets were crowded with people.

The most popular things to do in Auckland seemed to be taking ferries to the nearby islands for relaxing, wine tasting, and enjoying nature. We didn’t have time to take a ferry. We also considered the Maritime Museum and even walked to it, but didn’t want to pay for the short amount of time we would have there. Other ideas were an escape room game we had seen, the free art museum, or to explore a tented square that might have been a festival. Instead we ended up walking around in search of lunch. It was our first day in New Zealand and we were having sticker shock. We had heard that New Zealand was expensive but I don’t think we expected it to be more than in America. The burgers we had seen near the Wharf looked great but we passed because of the prices. Finally we settled for street food of flatbread pizzas.

Visas: Americans visiting New Zealand for leisure do not need a visa provided the visit is for 3 months or less and they have proof on onward travel.

Customs: New Zealand customs is very strict. You are not allowed to bring in any type of food without declaring it, even food provided on the airplane. Additionally we had to declare our hiking boots as ‘sports equipment’ which might possibly have soil attached. However, once we mentioned our boots and the granola bars to the customs agents we had not problems entering with them. If we had not reported our food, we could have been fined $400 NZD.

Money: The currency in New Zealand is the New Zealand Dollar (NZD). Most places will accept major credit cards, however there may be a 1% – 3% processing fee. ATM’s are widely available. 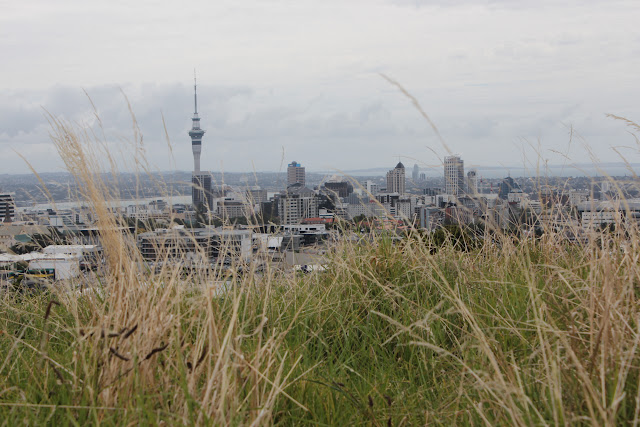 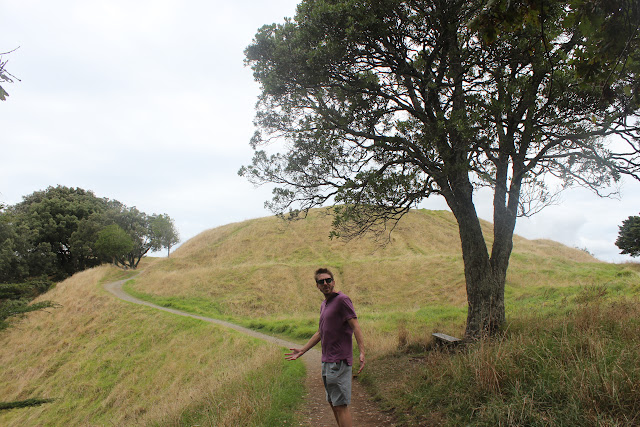 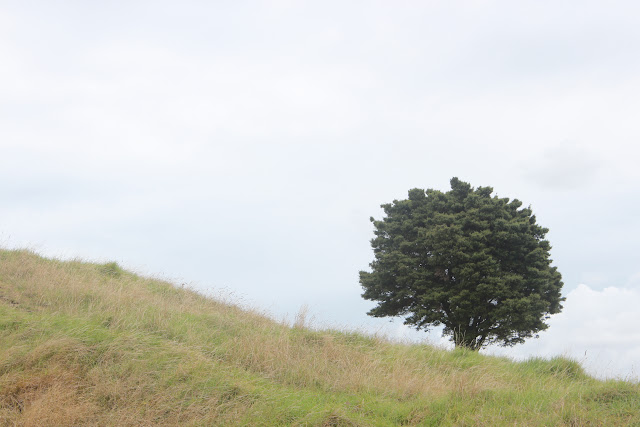 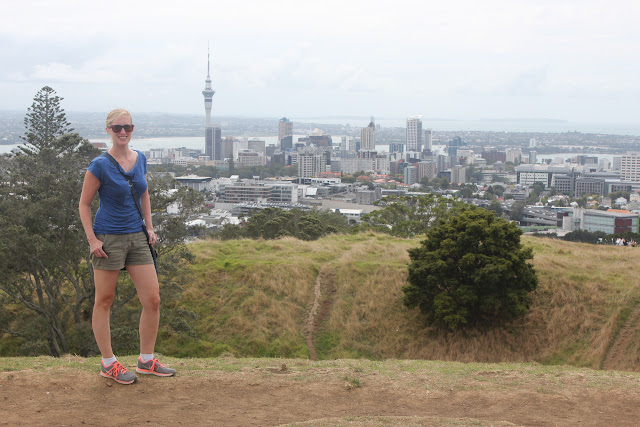 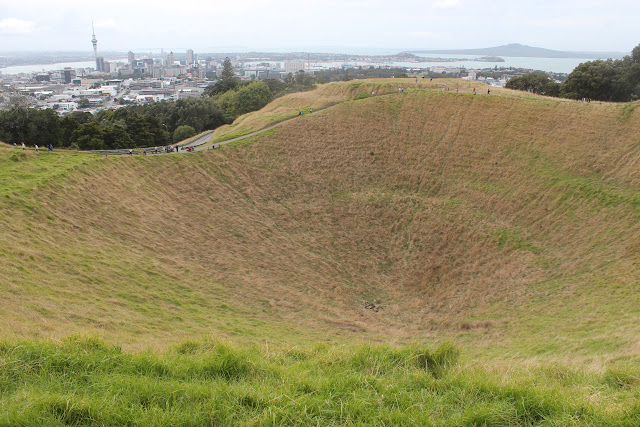 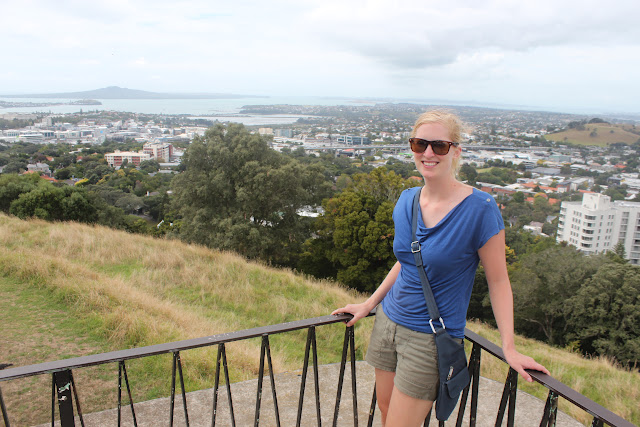 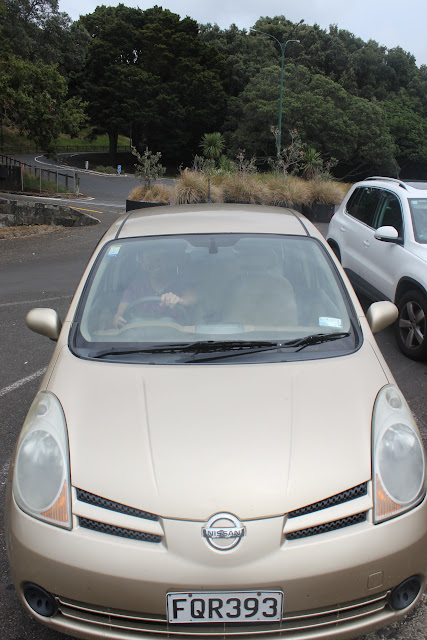 Jon is driving this car on the left

One thought on “Auckland, New Zealand”