Once I saw that Marisa was jumping in for a guest post, I of course, had to join her. Thanks so much to Alexis and Jon for opening up their lives, their trip and their blog to all the friends along the way and still to come.

It’s about a three and a half hour drive from my house in Tyler to the heart of Austin. Under most young adult circumstances, that’s a perfectly reasonable distance to drive for a fun weekend with friends. Fortunately, I am blessed with two wonderfully cooperative children who still allow to – for the most part – operate under those circumstances. My 5 year-old, Alexa, had only one condition: that she be allowed to jump on the hotel bed the second we arrived. Shrewd negotiator that she is, she added a request that we stop for a snack in Waco as well, but I feel like that was more capitalizing on the situation than manipulating her dad. The almost-two-year-old, Dean, is typically a car-sleeper and we timed the trip for his usual sleep schedule. 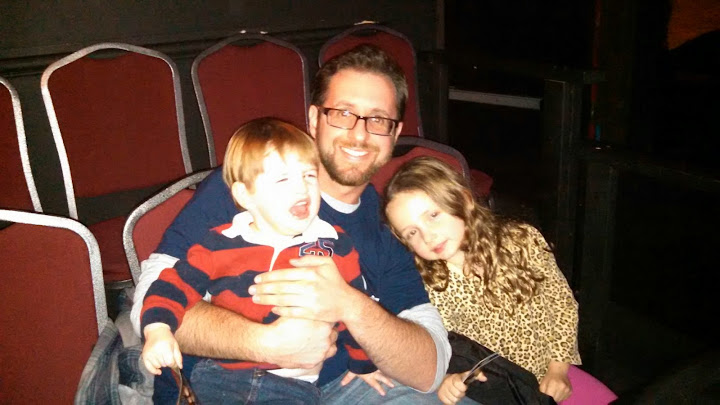 Our guest blogger, Dan, with his two wonderful kids, Alexa and Dean

So skip forward a couple hundred miles and Alexa gets paid up on her price. Dean joins in. Once Alexis, Jon and Miss Nina meet as at the hotel, the real fun begins. I’ll skip the details and itinerary since it was already beautifully covered in an earlier post and skip into the best analysis I can offer.

It was both impressive and beautiful to see how immediately the kids took to Jon and Alexis. I know they’d both met them before (Alexa sharing some Arlington courtyard time with Alexis before we left DC), but there was a great connection between the two of them again and Dean took very well to Jon. Typically Dean is both friendly and adventurous (I hope we can say like his dad), so I think there was a natural appreciation for Jon’s demeanor as well as the thrill of height anytime Jon picked him up. While I’m inclined to give the kids their fair share of the credit, Alexis and Jon (and Nina is a natural) were so great with the kids that, you know, you can’t help but wonder what they’d be like with kids around all the time. See what I did there? Now I’ve embarrassed them on their own blog. Someone back me up (here’s looking at you, Mary Lou)! 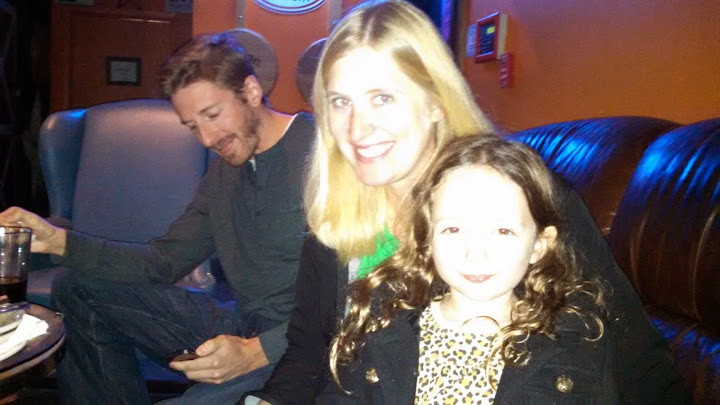 I also feel the need to sound off on Austin. It has, fairly, earned its reputation as the hipster/hippie hybrid, the blue island in the red see, the liberal-tarian oasis. It has previously been billed as the live music capital of the country, but probably gets a good fair fight from Nashville and New Orleans on that boast. Nevertheless, I contend that it’s one of the best 72-hour towns.

It has sprawling, lush, gorgeous public parks, a fabulous restaurant scene, a vibrant nightlife, a major college and plenty of bureaucrats: so why only 72 hours? Because it gets too laid back. It gets self-indulgent. It’s so concerned with keeping itself weird (check the bumper stickers) that it forgets to brush its teeth and change its shirt sometimes. There’s two definitions of funky, bro. 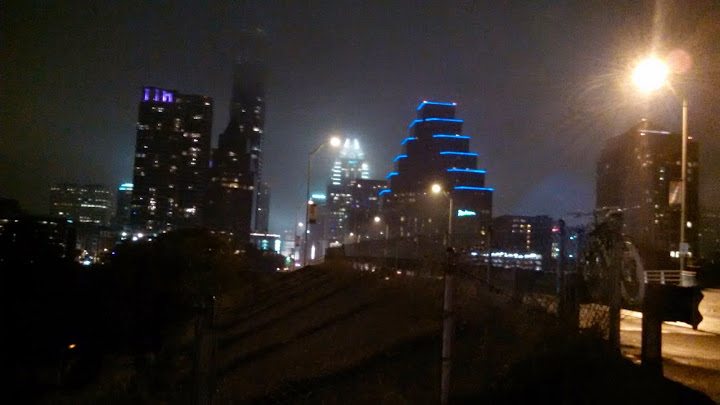 We were fortunate in our location. The Capitol area offers great access to some of the really likeable parts of downtown. In my college and young adult days I frequented West Campus, so that probably contributes to my disillusionment with the conspicuously chill. I think A&J did right by appreciating the graffiti wall and sense of public art, but also the grandeur of the state house. Threadgills is soul food heaven. Had I worked in another nap for the kids AND accounted for the chilly rain that fell on and off throughout the day, it would’ve been great to take in one more Shiner will listening to the live music on their patio. The yard was three times more packed than the restaurant interior, which leads me to believe that we might’ve been missing something. Dean’s highlight of the trip was undoubtedly the jalapeno cornbread – and the leftovers were great bait for his cooperation on the way home.

I was excited to see how the kids took to improvisational comedy.  On its surface, it seems like something everyone can indulge in:  grownups playing silly pretend.  I also thought that the scene-and-skit mentality would play well to the two year-old attention span.  I was mostly impressed with the players, but was thrilled that Alexa contributed to the show.  Sure, she had anxiety about being on stage with a crowd of strangers and insisted that her dad come sit by her, but what a huge step for a 5 year-old.  We talk about the importance of being brave (it’s one of the five key pillars I coach her on), but I’m so proud she got to practice it.  I think one of the greatest skills I learned was stage presence and public speaking, and with a loyal cheering section from Alexis, Jon and Nina and her dad and brother by her side, Alexa started down that runway as well.

That was a little less collected than I’d hoped, but I wanted to wade in and offer a different voice. Besides, I couldn’t let Marisa have all the fun of guesting to herself. I’ve been loving the notes from the road. Don’t doubt that some of this may likely form the reference guide for some of my own trips in the future (buffalo AND gators in the same park?) On behalf of Alexa and Dean, it was so great to see y’all and we had a wonderful time being a part of your adventure.

A Word from the Herrs:

We just wanted to thank Dan again for both going out of his way to come visit us in Austin and for writing this wonderful blog post. Alexa and Dean are both amazing kids who, do indeed, take after their parents and we had a delight seeing them. A few other highlights for us which Dan didn’t mention include Alexa boldly braving a counter twice her height to order more cheese dip on her own and later egging Dean on to yell out suggestions during a live improv show. The Anderson family always brings laughter and joy when we are lucky enough to spend time with them.

4 thoughts on “Guest Post: Jumping on the Bed With Cornbread on My Mind – Reflections on Austin”