Although the weather didn’t cooperate, we made the best of our time in the Great Smoky Mountains National Park. The tree covered mountains felt like the closed to our home terrain since starting our journey.

We arrived to the south of Smoky Mountains National Park just as the sun was setting and after the visitor center was closed. Instead of driving through the park we decided to stay in the small town of Cherokee, NC, just outside of the park. Cherokee seemed like a neat town and was filled with shops for tourists like gem mining stores, go carts, and old time photos. Even though it was evening, it seemed like half of the town had already closed for the winter season. The town did have Christmas lights set up in public parks and we drove past a Christmas festival with a ferry wheel and other carnival attractions. We ate dinner at the Sassy Sunflowers Bakery, which was similar to a Panera with small but interesting menu. 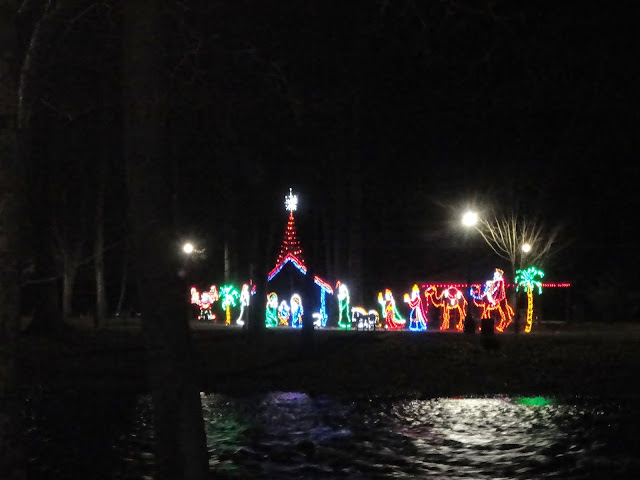 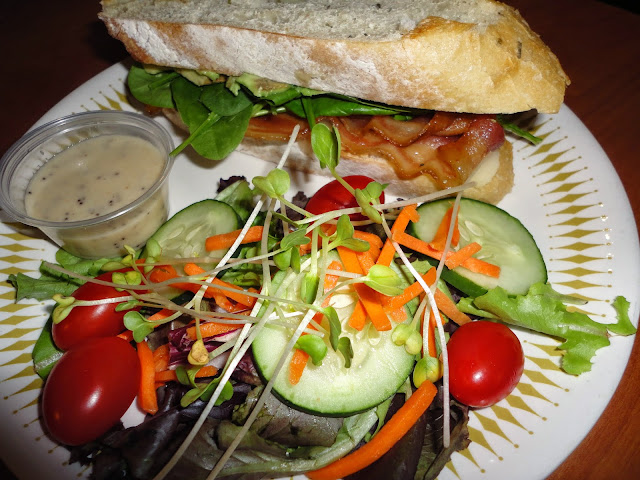 We tried to get on the road early the next morning to have more time in the park. The visitor’s center was our first stop to ask about hikes. It was a bit disappointing to find out that most of the hikes range from 4-9 miles and would be too long for us to walk given our evening plans. We were also disappointed to find out that the road to the Clingman’s Dome observatory had closed on December 1st for the season so we couldn’t do that. 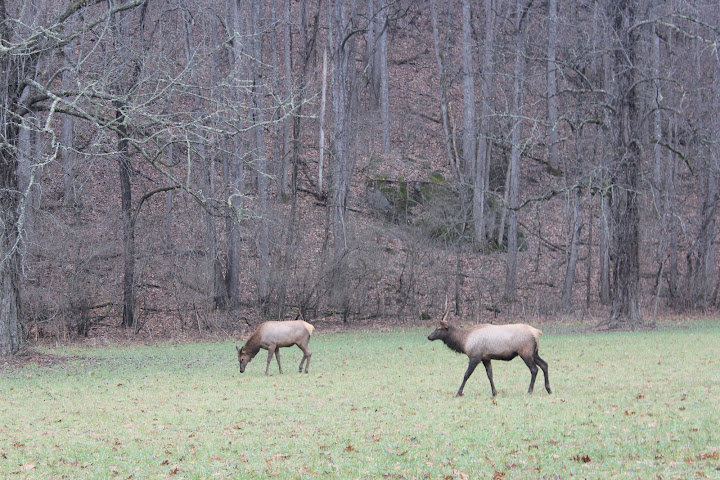 Driving into the park we were greeted by a herd of elk to the side of the road. A short while later 3 wild turkeys crossed our path. By the time we got to the Newfoundland Gap, the highest open viewpoint in the park, it was drizzling and foggy. There was no view to be seen. However, our luck finally changed when the clouds lifted after a short hike and we were able to drive back for the view. The view from Newfoundland Gap seemed to be the most iconic view of the park with ridges of mountains in hues of purple. 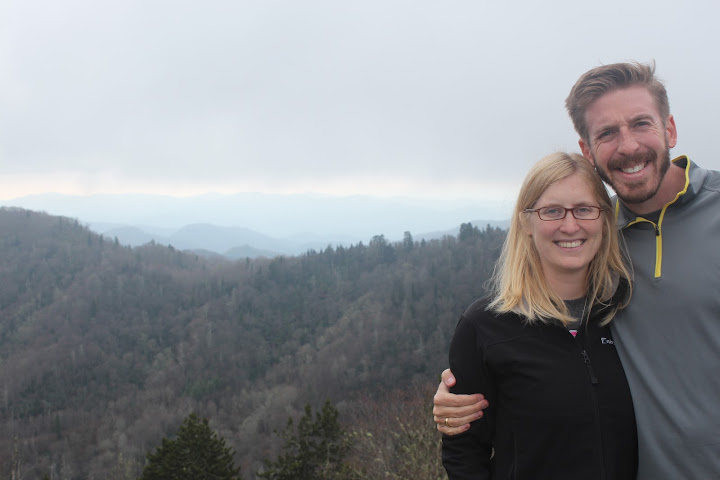 The hike we took was the 1.4 mile out and back (2.8 miles round trip) hike to Arch Rock. Arch Rock is a natural arch and tunnel on the Alum Mine Trail. The Alum Mine itself was further up the trail and a hike we didn’t have time to complete. The hike was nice, but very similar to the hiking we’ve done in Shenandoah and other parts of the Application trail. 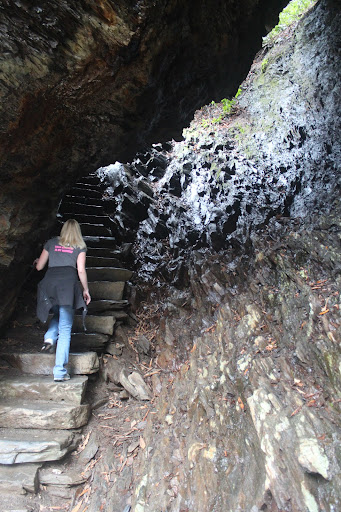 Now through the park at the north end we found ourselves in Gatlinburg, TN where I had been way back in 1996. In 1996, Gatlinburg had been a built up tourist trap lined with old time photo stores, arcades, and fun houses. Now it was even more built up and filled with chains like Ripleys’s Believe it or Not. For lunch we stopped at the Smoky Mountain Brewery. The food was typical bar fare and was just alright. Even their most popular menu items, like broccoli with beer cheese, weren’t very impressive. Leaving Gatlinburg, our route took us past Pigeon Forge, TN, which still isn’t as big as Gatlinburg, but is on its way to be. 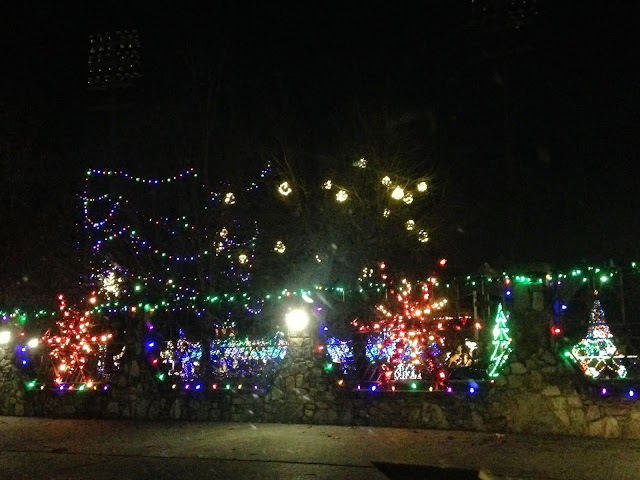 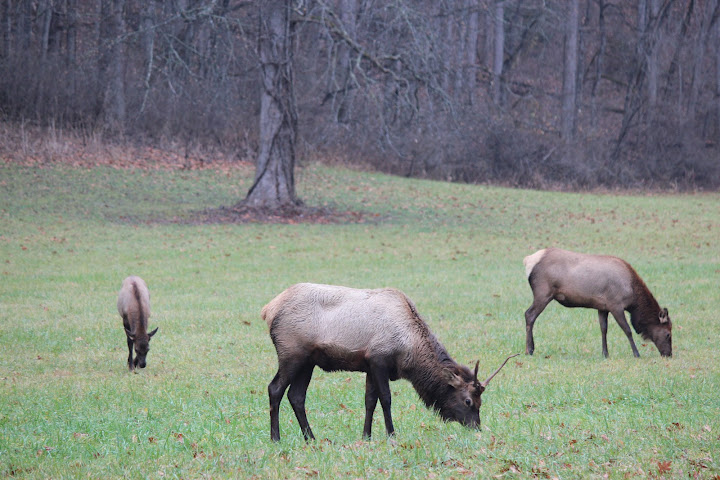 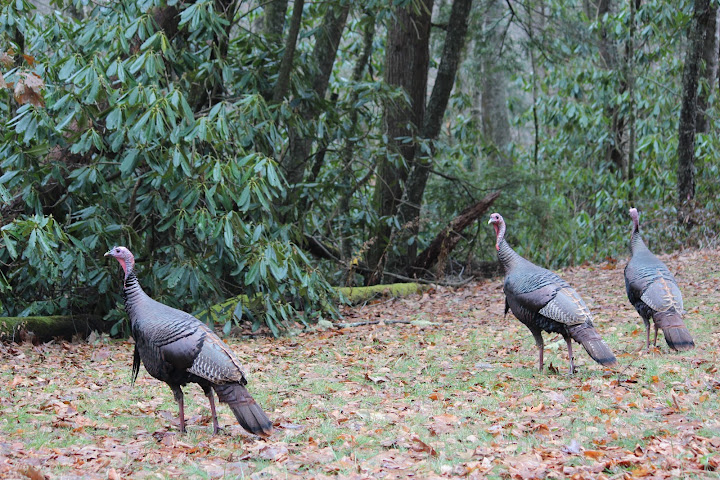 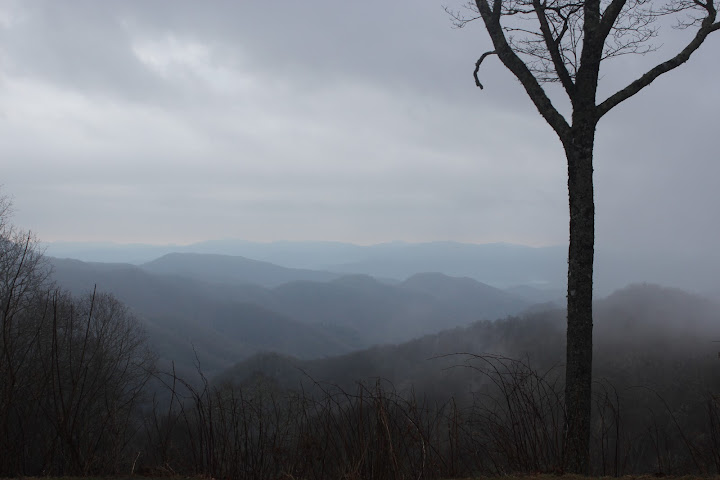 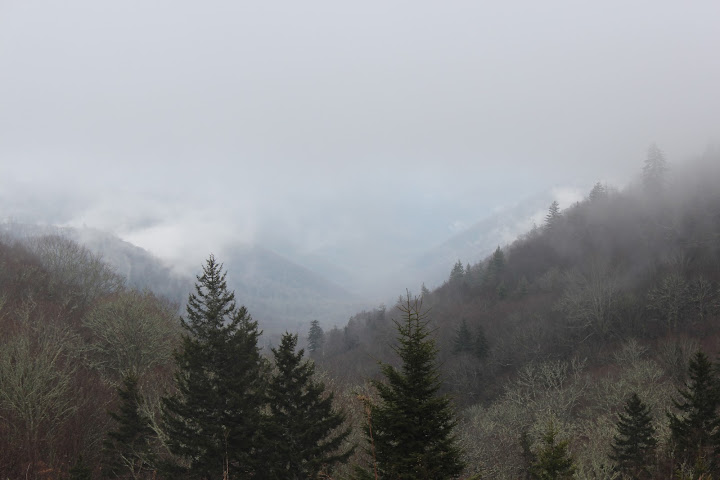 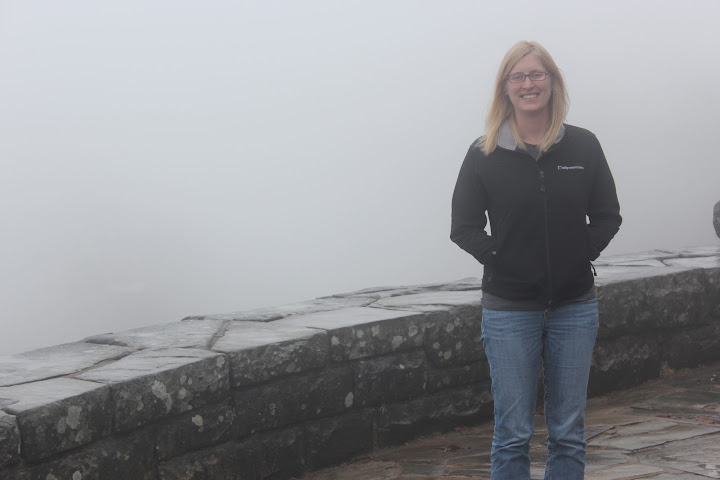 Our first trip to Newfoundland Gap, it was foggy 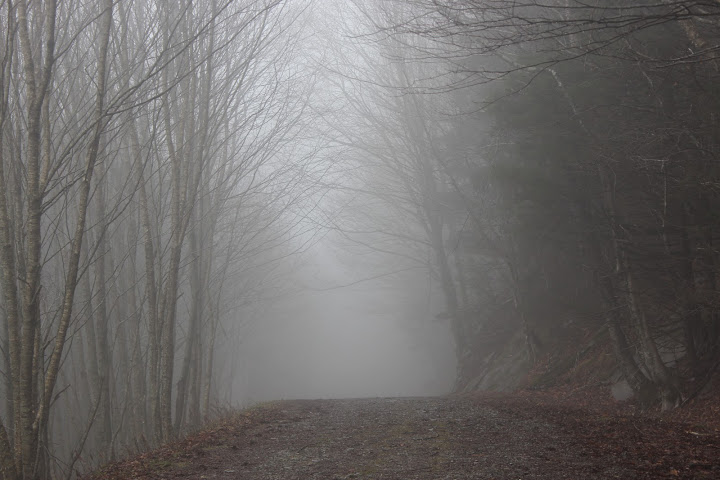 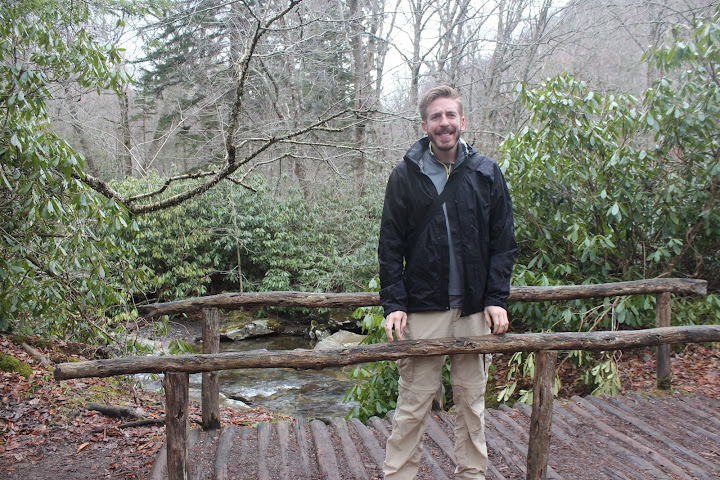 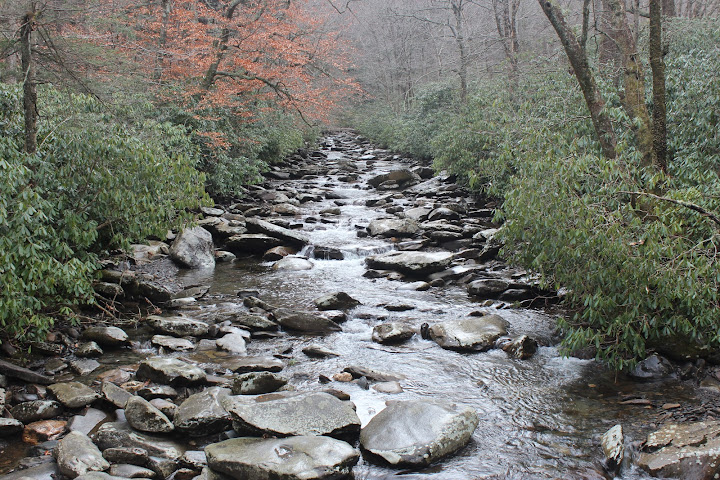 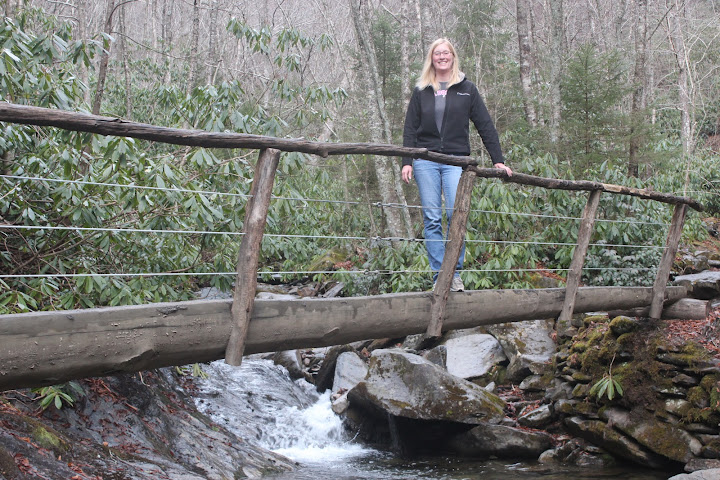 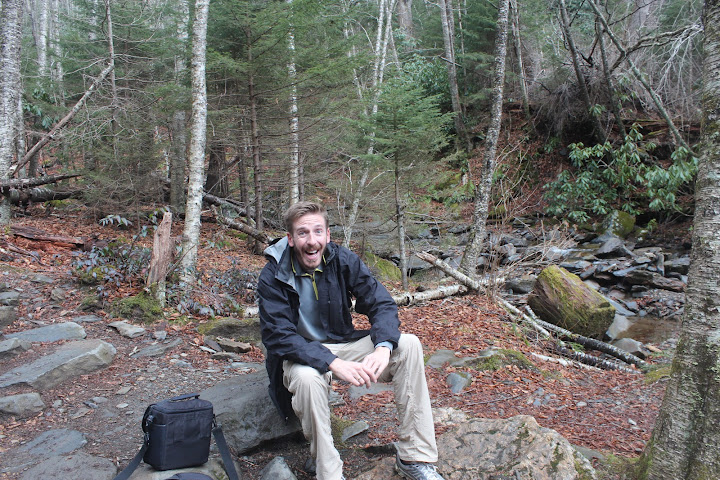 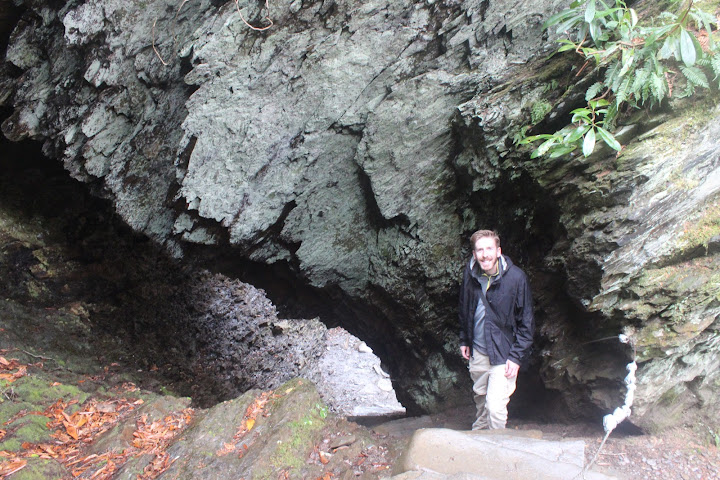 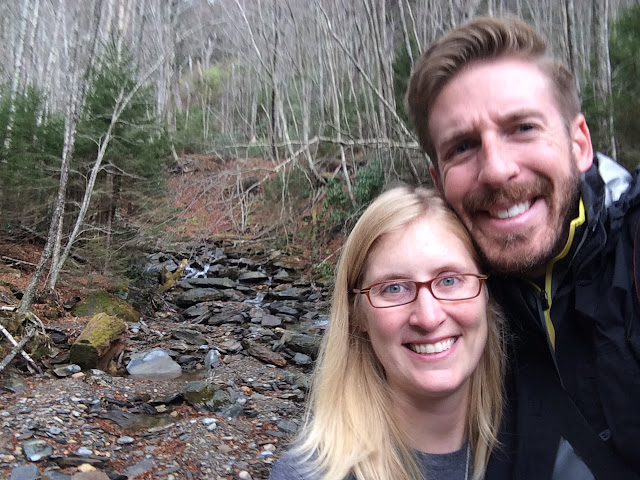 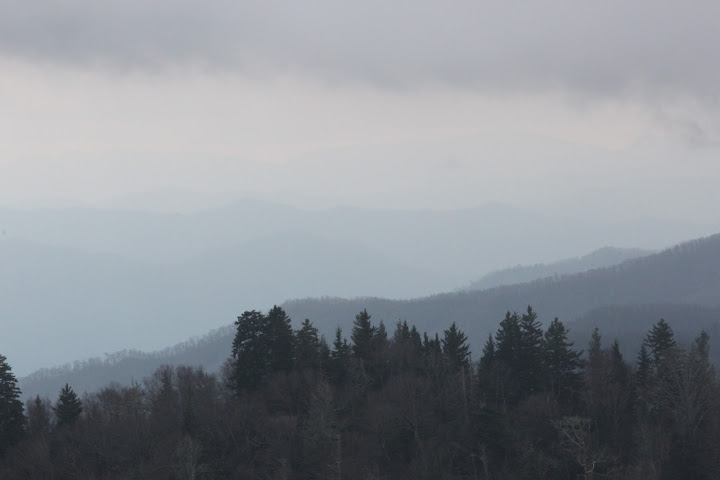