Not having seen something as awe inspiring as the Grand Canyon in our own home country is what inspired a large part of our trip around the United States. We finally made it there, and to make things even better, my parents were able to join us for this amazing National Park. 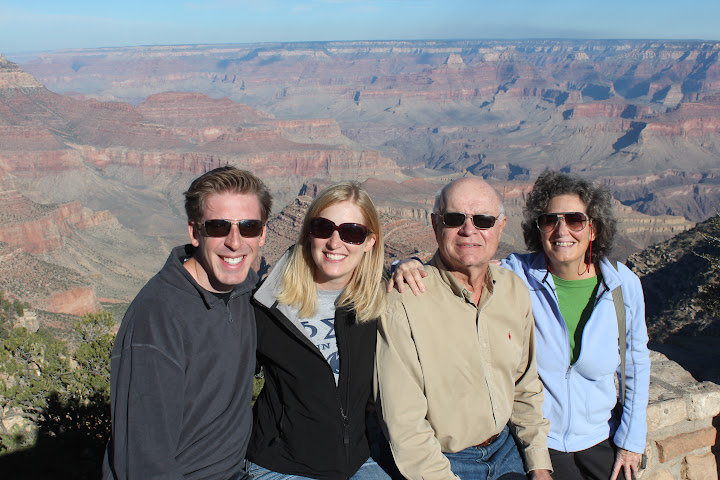 My mother and father joined us at the Grand Canyon. We planned to meet at our hotel, the Maswik Lodge in the park, late in the afternoon. On the drive into the park, the canyon peeked into view a few times, but we didn’t pull over to get a good look at it. We also saw several large elk and mull deer, which us and my parents would see a lot more of during our visit. After meeting my parents and settling into the hotel, we had about an hour of sunlight left. We walked from the hotel to the closest canyon viewpoint, the trailhead for Bright Angel. 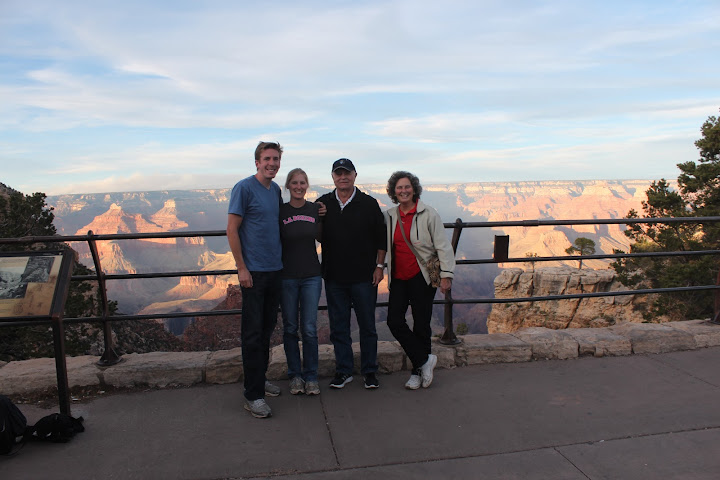 Rendezvous at the Grand Canyon 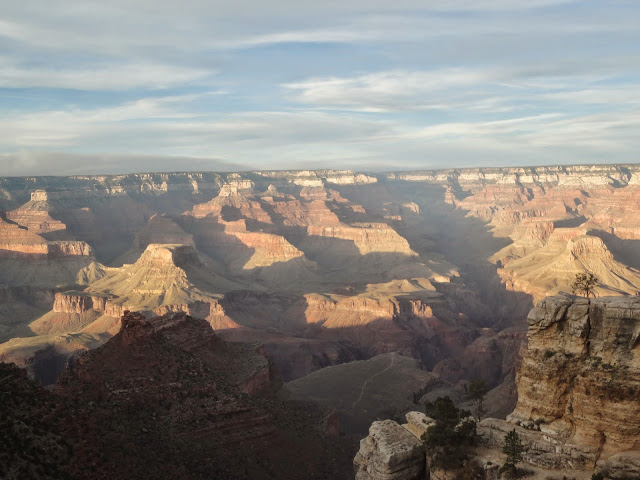 Our hotel, like most of the tourist accessible areas, was on the South Rim of the canyon. The North Rim side had already closed for the season. The grand canyon south rim offers free shuttle buses for visitors. There are three different shuttle lines; one which travels around the Grand Canyon Village, one which travels westward to Hermit’s Rest, and one traveling east to Yaki Point.

We loved our first real look at the canyon and it was really special to all be there together. After taking a ton of photographs we decided we had enough sunlight left to jump on the westbound shuttle bus and go to one of three ‘sunset spots’, Mohave, Hopi, or Powell. We decided to get off at Hopi Overlook to watch the sun go down.  The canyon morphed into a beautiful red color with artistic clouds above. 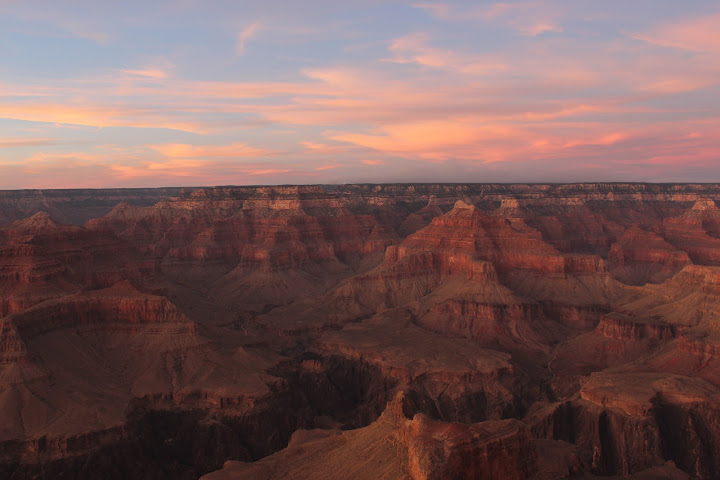 Sunset over the Canyon

For dinner we went to the Arizona Room located in the Grand Canyon Village. We had a 50 minute wait, but overall enjoyed the Arizona Room. While waiting we were able to have drinks and dad hit it off with the bartender. Once seated, we ordered steaks and one sandwich. Everyone seemed to enjoy their meals and the portions were large.

The next morning mom and dad were up first (of course they were still on east coast time). We ate fruit and cereal in our hotel room because the hotel was one of the few on our trip not to include breakfast. The first stop of the day was the visitor’s center via the shuttle bus.  We arrived with perfect timing to catch the start of the interpretive movie. From the visitor’s center, Mather Point is a short walk and was a nice view of the canyon. We spent some time walking from Mather Point to the Yavapai Geology Museum. By the time we shuttled back towards our hotel and the Hermit’s Rest Shuttle transfer, everyone was hungry, so we made a pit stop at the hotel to have our leftovers from the previous night. 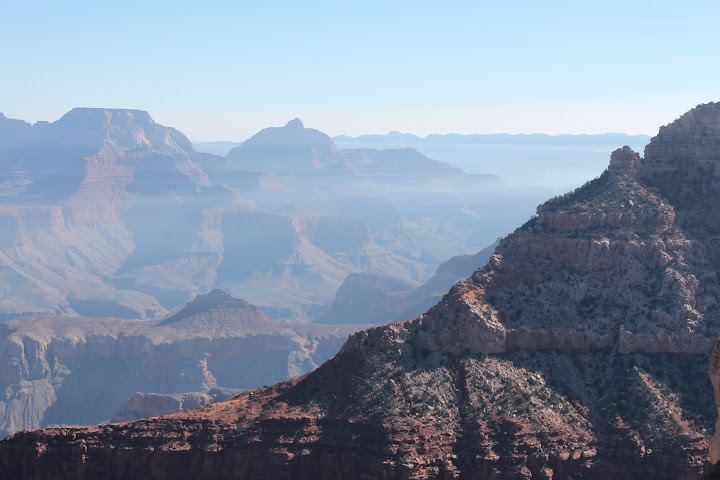 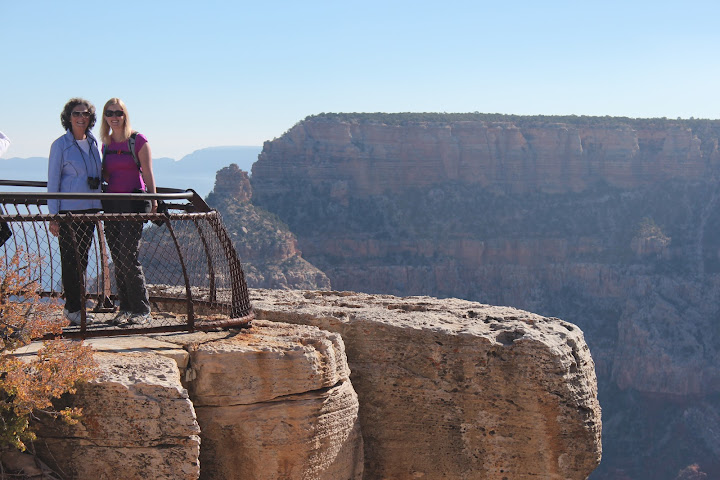 We boarded the Hermit’s Rest shuttle and took our time jumping on and off the shuttle and walking between stops. We first disembarked at Trailview Overlook. Trailview was one of my personal favorites because it overlooked the Bright Angel trail which zig-zagged down into the canyon. From Trailview we walked to Maricopa, which was also beautiful. From Maricopa we decided to board the bus and bypass Powell and Hopi because we had watched sunset from those the night before. We also stopped at Mohave, Pima Point, and Hermit’s Rest; none of which have a bad view. 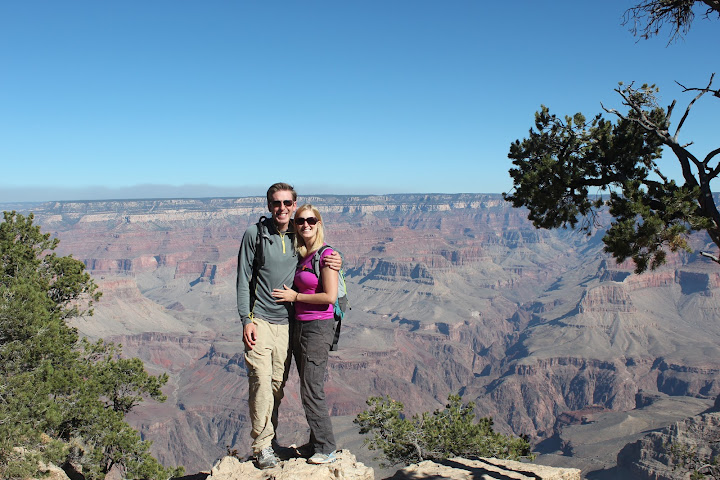 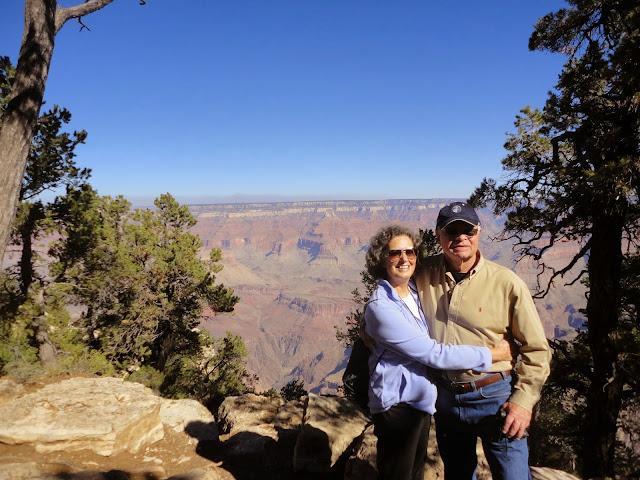 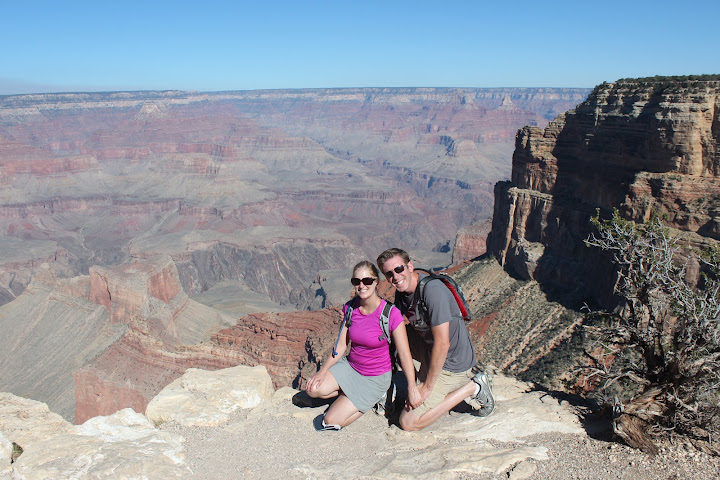 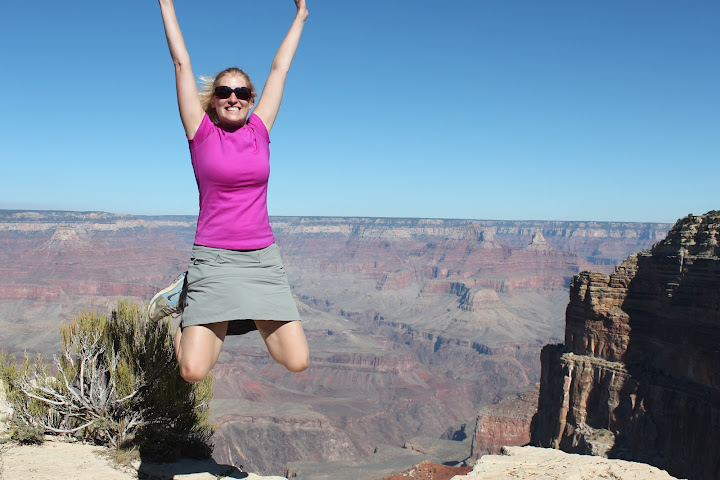 After our ride westward, we were ready to go east. This time we drove to the visitor’s center and boarded the eastbound shuttle. This ride was shorter and our plan was to ride to Yaki Point to watch the sunset again. Instead, when the bus driver mentioned a ¾ mile hike to Ooh Aah Point, Jon and I decided to jump off at the South Kaibab Trailhead and race the sun to Ooh Aah Point. We enjoyed the hike, and even though it was steep, we made it down into the canyon and back up fairly quickly. Mom and Dad continued on the bus to Yaki Point and told us later that it was one of their favorites. 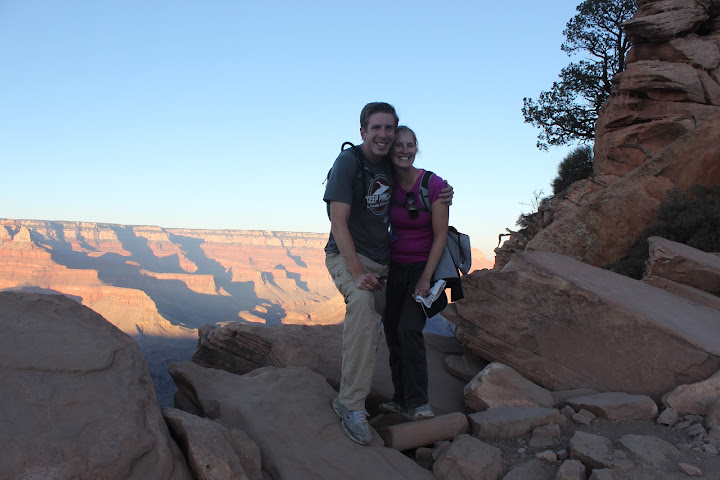 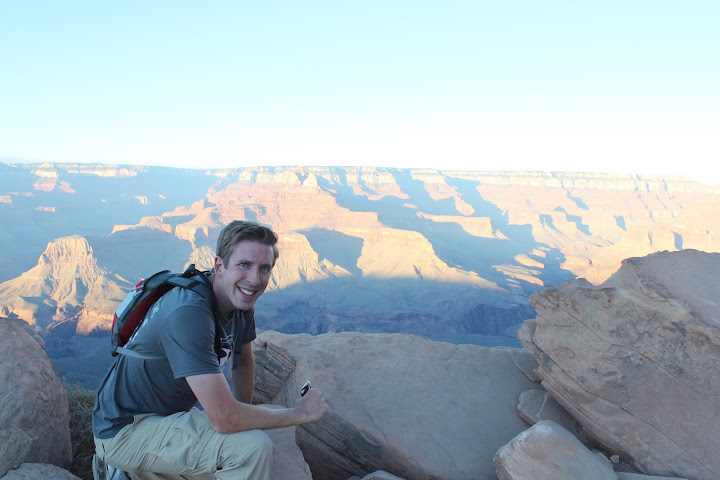 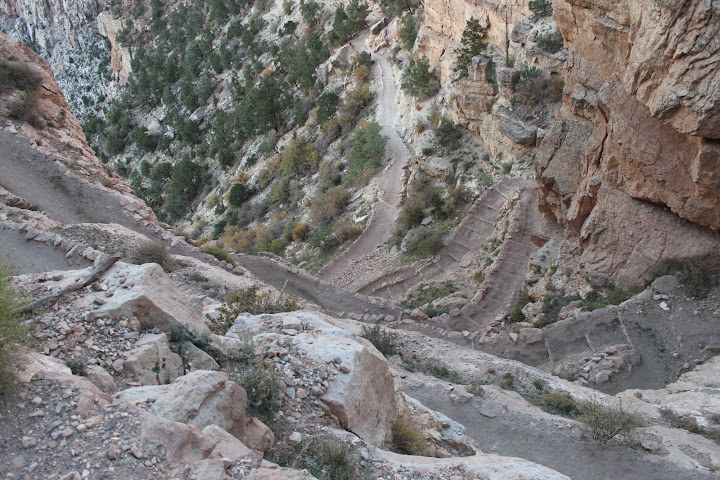 At 7pm we reconvened at the visitor’s center to watch a star talk. Although it was dark and cold by the time the talk started, about 50 people were there for it. A ranger handed out star charts and red light flashlights and led the way to Mather Point overlooking the canyon. At the rim of the canyon he answered questions and pointed out constellations, stars, Mars, and the Andromeda galaxy. We all enjoyed the program.

To warm up from the cold, we went to the Maswik Pizza Pub, which was next to our hotel. The food was good after our long day and we ate every bite.

On Saturday, we left the Grand Canyon. On the way out we drove east along the south rim to visit some overlooks the shuttle buses don’t reach. We stopped at Grandview Point and Moran Point for views of the east side of the canyon. We also made a quick stop at the Tusayan Museum and Ruin, which is a museum of Indian artifacts found in the canyon and the southwest region. The main attraction at the museum is the ruins of an Indian Pueblo.

Our last view of the Grand Canyon was from the Desert View overlook. Desert View features a stone tower, aptly named The Watchtower, which lets visitors climb 70 feet to view the canyon. 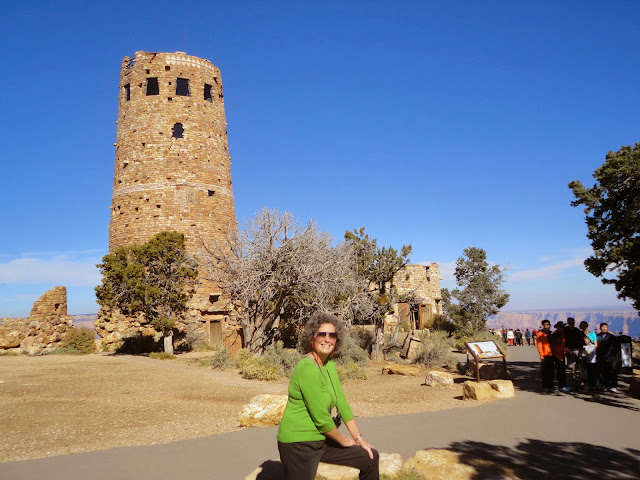 Hiking, camping, rafting, and mule rides are all very popular activities in the Grand Canyon but require advanced planning (up to two years in advance). We didn’t have time to plan in advance, however Jon and I thought the rafting trips and overnight hiking through the canyon sound exciting. 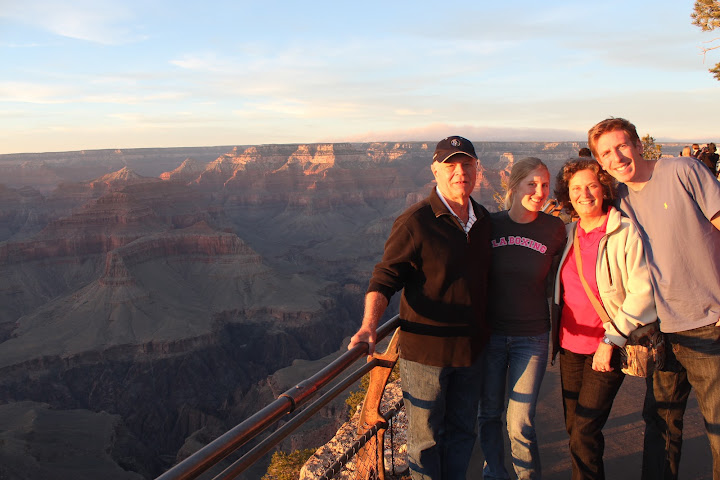 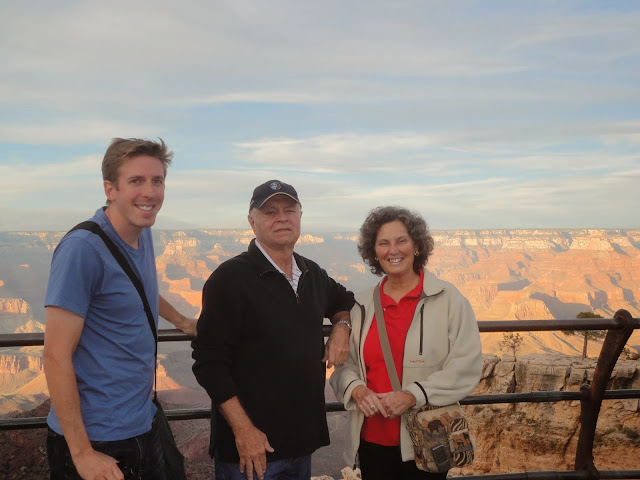 Three of my favorite people 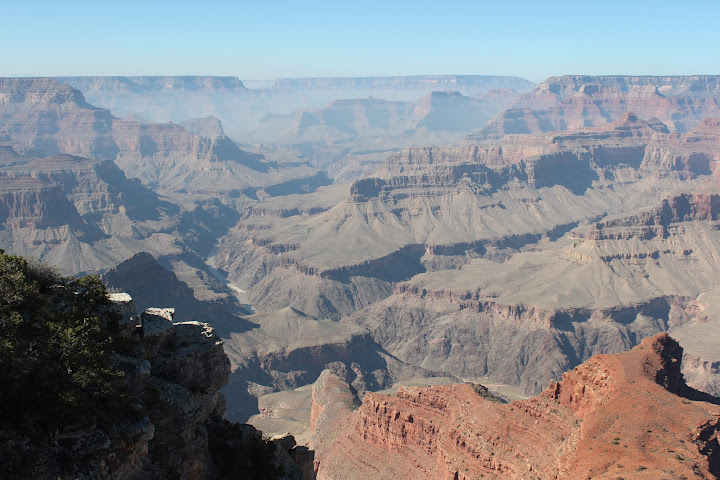 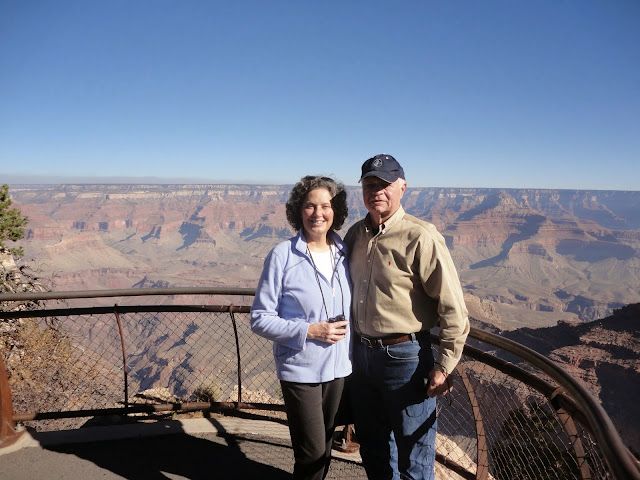 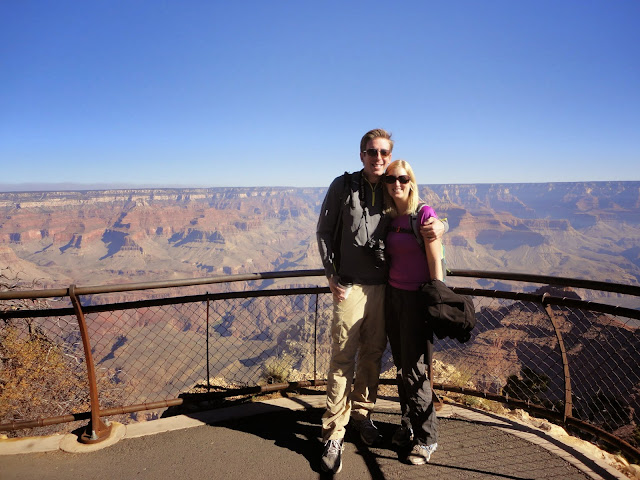 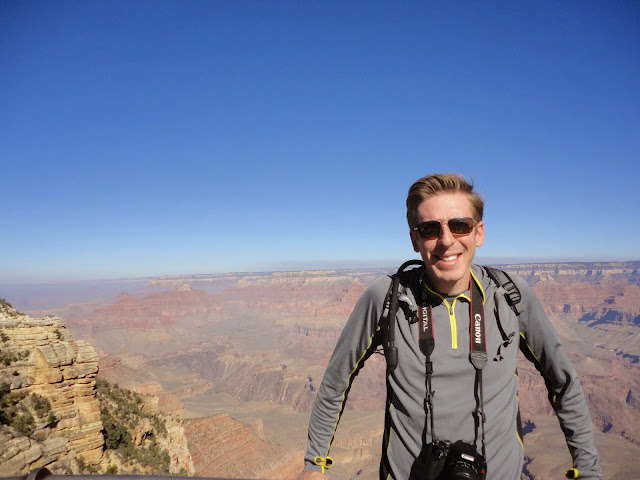 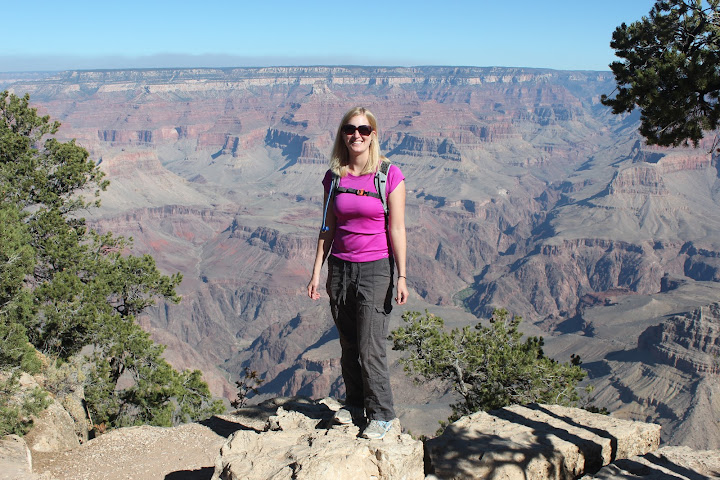 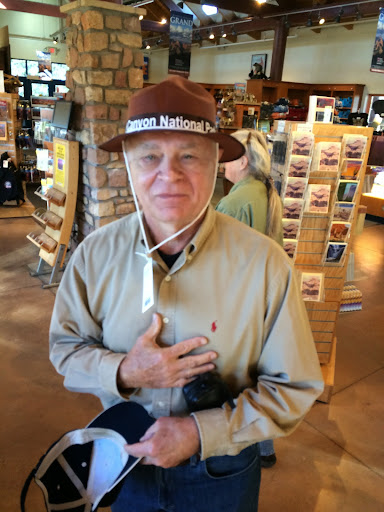 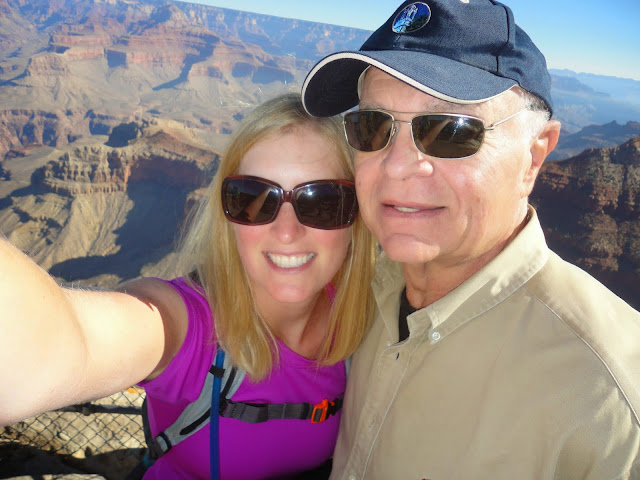 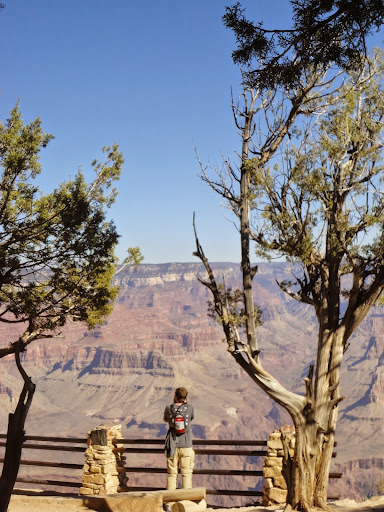 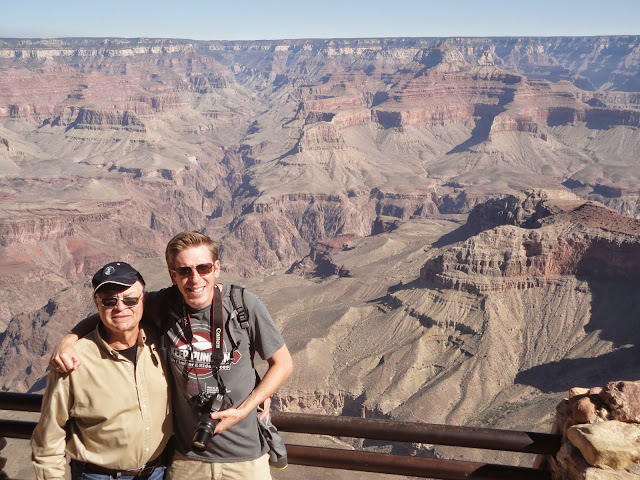 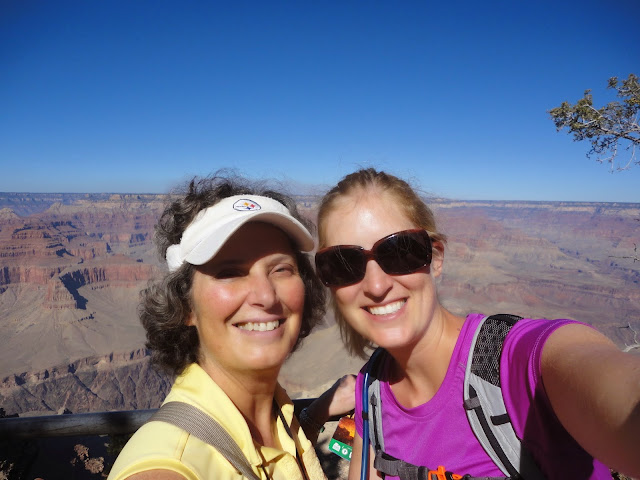 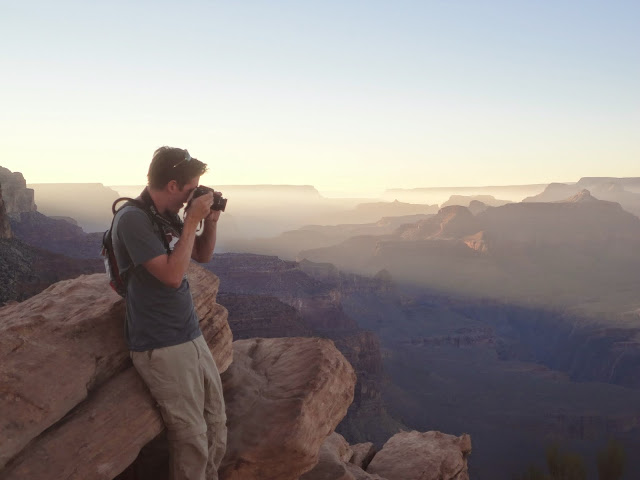 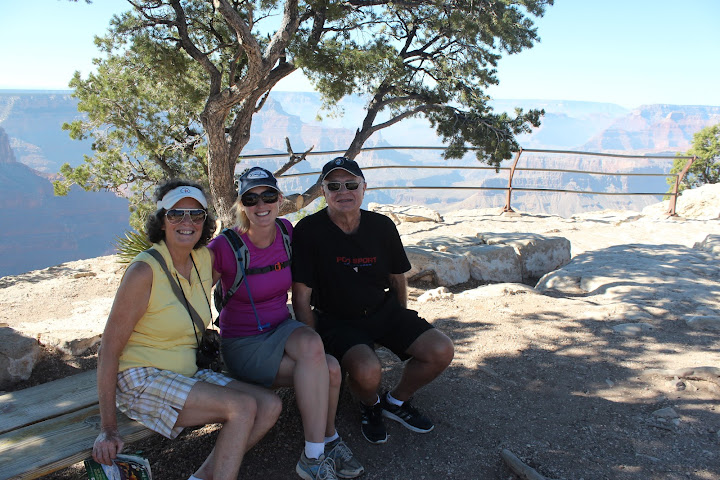