Spokane was more interesting than we expected. A cute town with some nice parks and lots of walkable trendy restaurants.

We headed out of St. Regis on route 90 to make our way towards Spokane. On the way we drove through Wallace, ID to see a spaceship we read about on roadsideamerica.com. (We later found out that Wallace has several historical tours and a mine tour we could have taken). 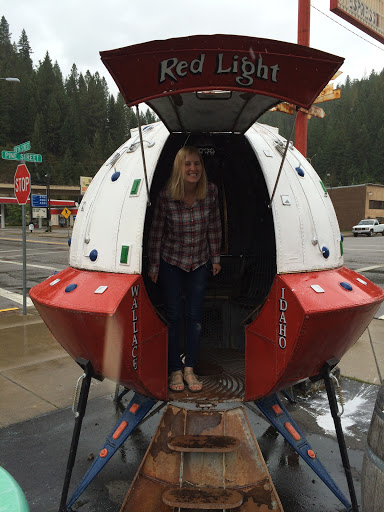 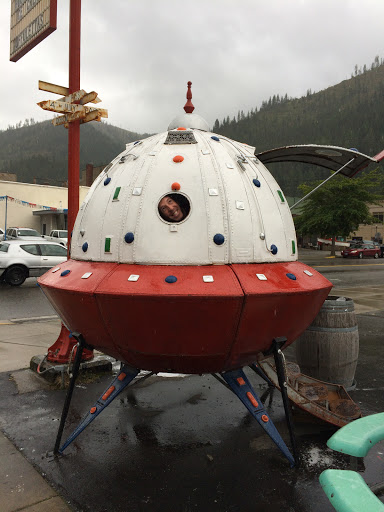 We continued down route 90 to Coeur d’Alene, ID which we had been hearing a lot of good things about. Unfortunately, like the past few weeks, it was cold and rainy so there wasn’t a way to enjoy Coeur d’Alene’s many lakeside activities which it is popular for. Instead we got lunch at Capone’s Pub and Grill, a restaurant we had seen on yelp and which was featured Diners, Drive-ins, and Dives. Capone’s was packed for a Wednesday and the food was really good. The word that comes to my mind is “garlic”! We ordered a roasted garlic chicken pizza, garlic fries and a salad with creamy garlic dressing, and we enjoyed every bite. Since the rain was still putting a damper on our visit to Coeur d’Alene we continued onto Spokane, WA. 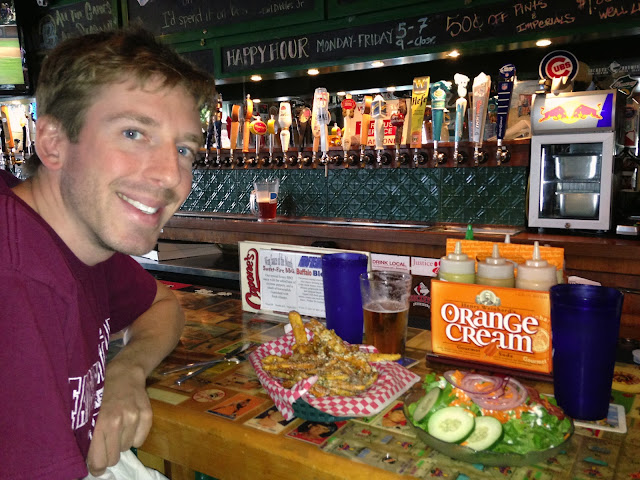 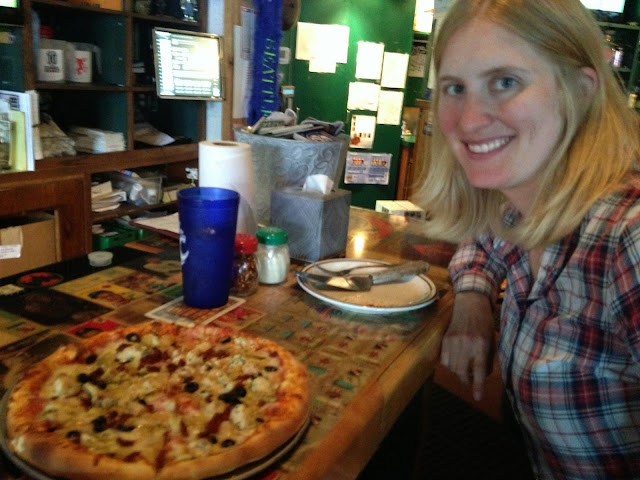 When we arrived in Spokane we checked into Hotel Ruby. A cool hotel with a modern jazz feel to it. We relaxed in the room for a while then decided to see the town, starting with Sapphire (the hotel bar). The owner of Sapphire was tending the bar and was great conversation. He directed us to Riverfront Park, a park on the Spokane River with some small waterfalls and a historic hydroelectric plant. The park also had a lot of nice areas to explore including a clock-tower, carousal, garbage goat, and giant red flyer wagon. 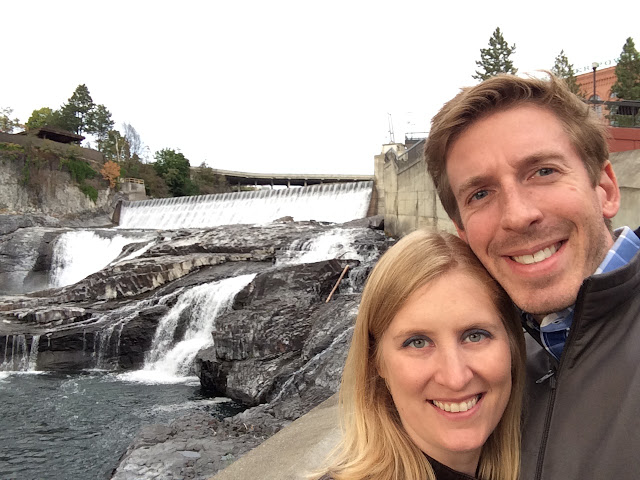 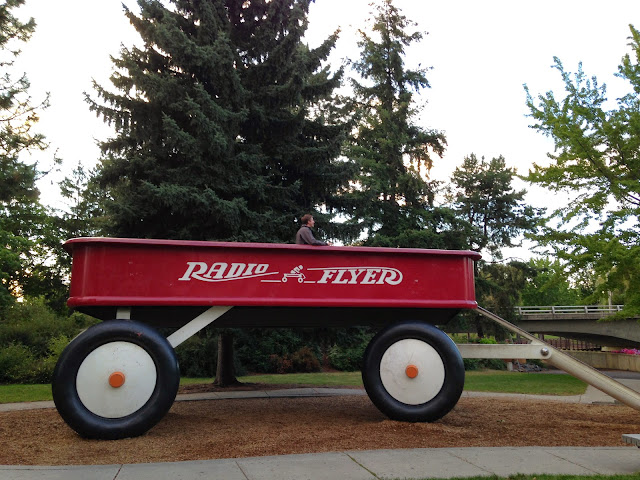 When we decided it was time to get out of the cold we went to check out Steam Plant Brewing, Co. a microbrewery in a refurbished steam plant. The building was very interesting and they let you walk into one of the two giant brick smoke stacks and look up to the sky. We tried a few beers including the Huckleberry and Ocktoberfest, but the big highlight was a double stout beer which Jon really really enjoyed and I swear tasted like cold hot chocolate. We decided to try a different restaurant for dinner and went to Soulful Soups for some very comforting and very filling beer cheese soup. We had wanted to stay out later, but the soup made us really for bed so we turned in for the night. 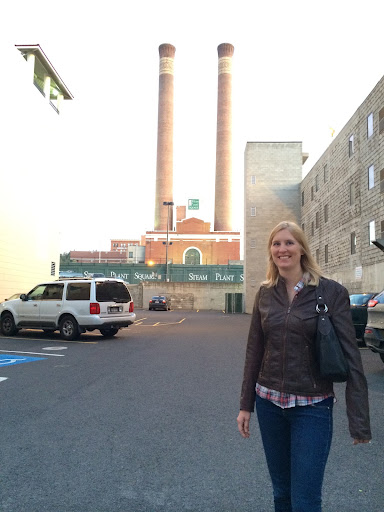 It felt like a luxury to be in one city for two nights, so we spent the morning relaxing, working, and blogging from the hotel room. For lunch we ended up at Neato Burrito, then we drove to Manito Park which was the #1 Spokane attraction on trip adviser. Manito Park was nice with a Japanese garden, beautiful rose garden and the Duncan garden which was my favorite. We even did a quick geocache while we were there. However, if you are only in Spokane for one day, I’d suggest exploring Riverfront Park and exploring downtown instead of driving to Manito. 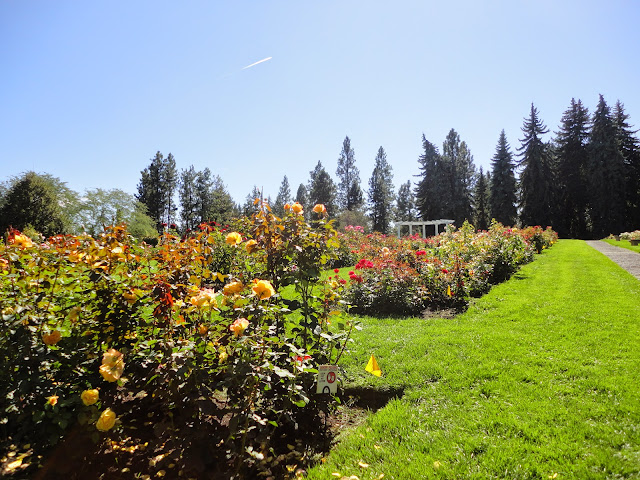 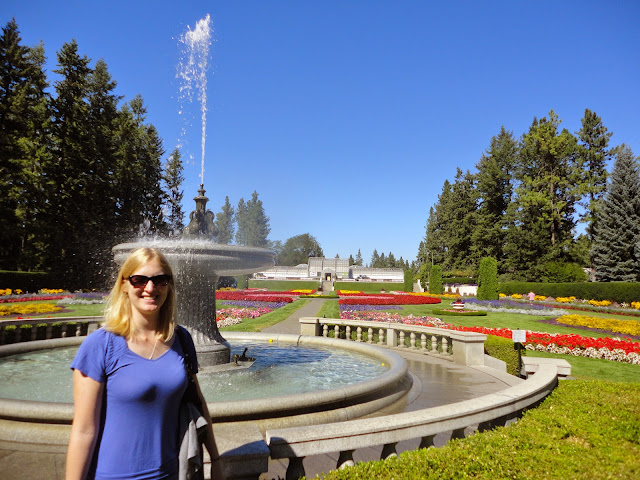 Back in town the Seattle Seahawks season opener was starting so we went to Steelhead Bar and Grill to watch part of the game and have a drink. We also had the smoked steelhead appetizer while we were there. For dinner we went to Nudo Ramon House. The noodle bowl portions there were huge and I couldn’t barely make a dent in my meal, however neither Jon nor I ordered their more unique Ramon burger (a burger served on a bun of formed ramon noodles). We ended the night back at Sapphire Lounge where we enjoyed another conversation with that night’s bartender. 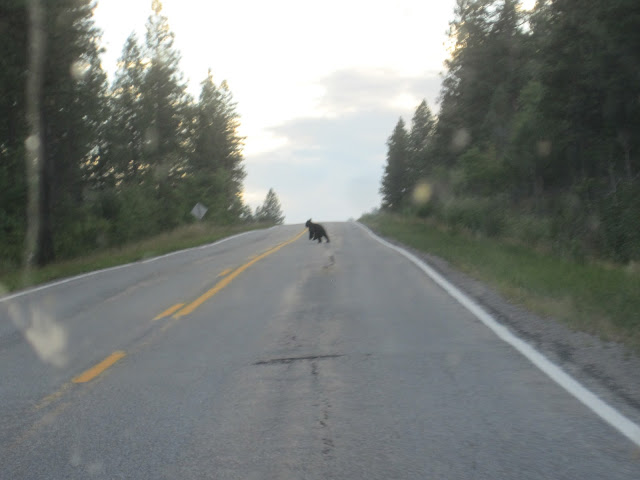 Bear in the road 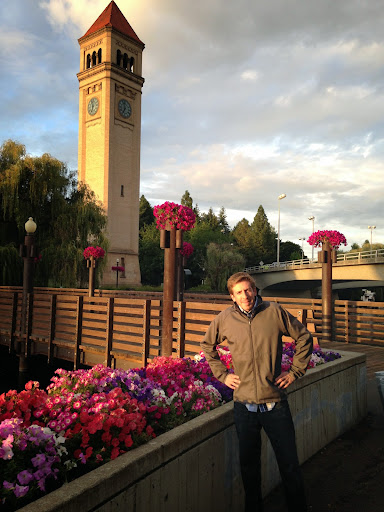 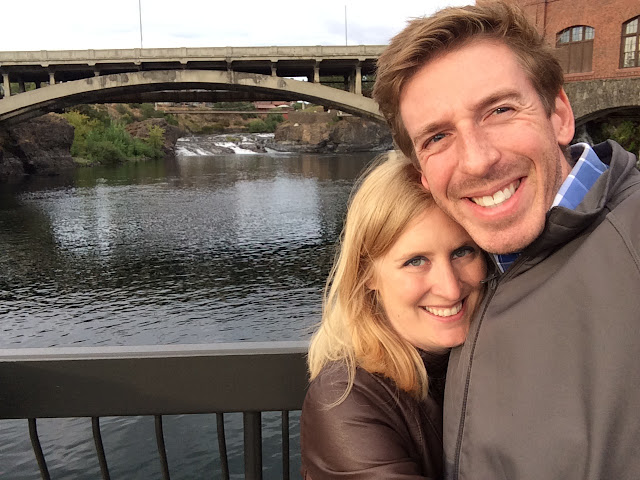 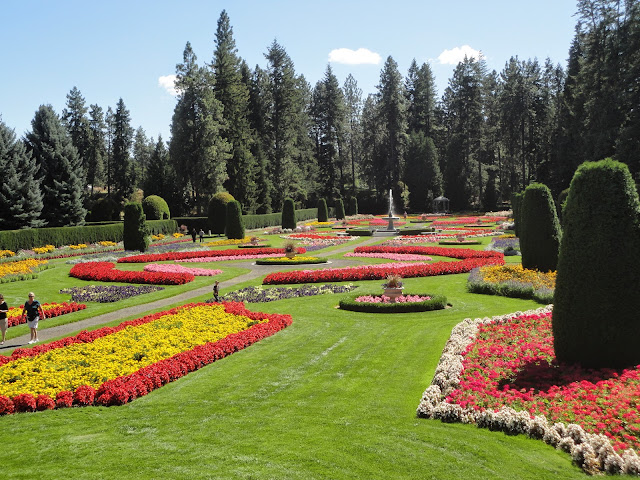 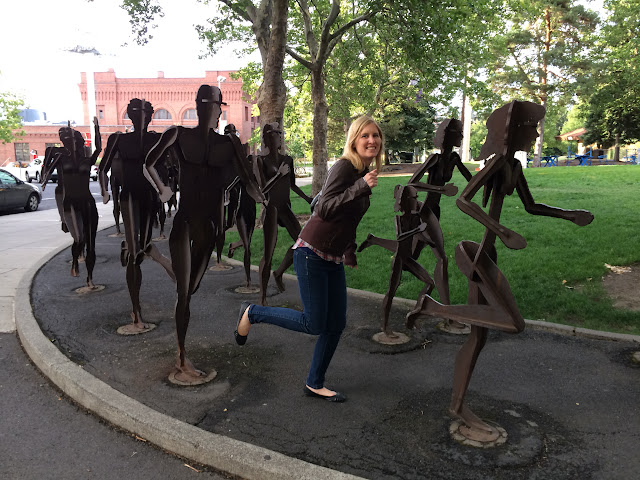 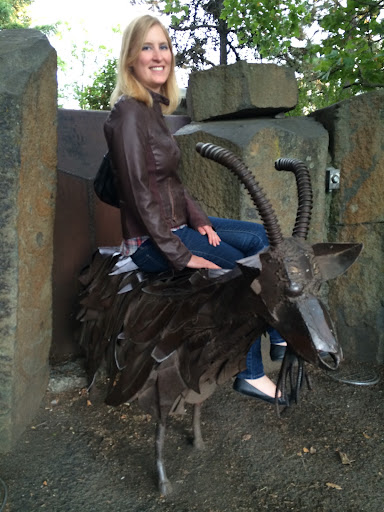 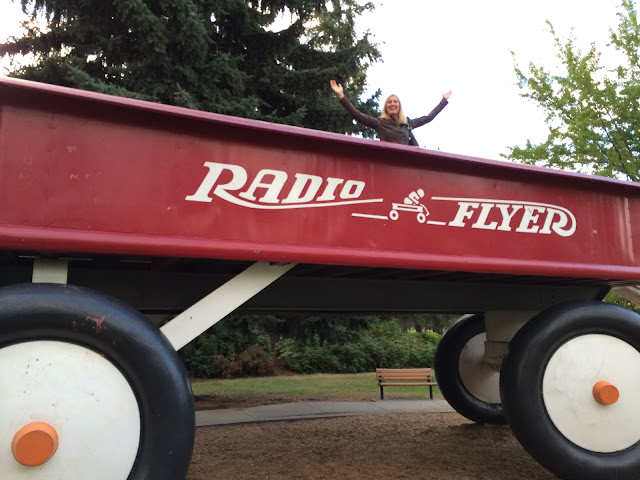 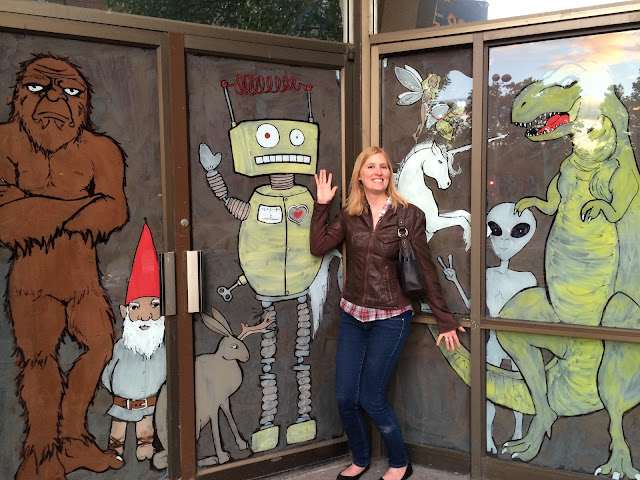