I should be writing about the Yellowstone backcounty hike we’d been planning for months, unfortunately my cold was still pretty bad so we cancelled and instead had some unplanned time in Bozeman, MT and Missoula, MT.

Having to cancel our backcounty trip was the biggest disappointment of our travels to date. Instead Jon and I drove to Bozeman, MT to check it out. We ended up staying in Bozeman for two nights so I could try and recover (and I spent a lot of time just napping at the hotel). We did make a point to get out and see the town though. The downtown of Bozeman was cute, and using yelp we ate some nice meals at Naked Noodle and Clark’s Fork. While in Bozeman we also visited the American Computer and Robotics Museum, which contained a detailed history on the rise of computers. The museum was small but surprisingly interesting. 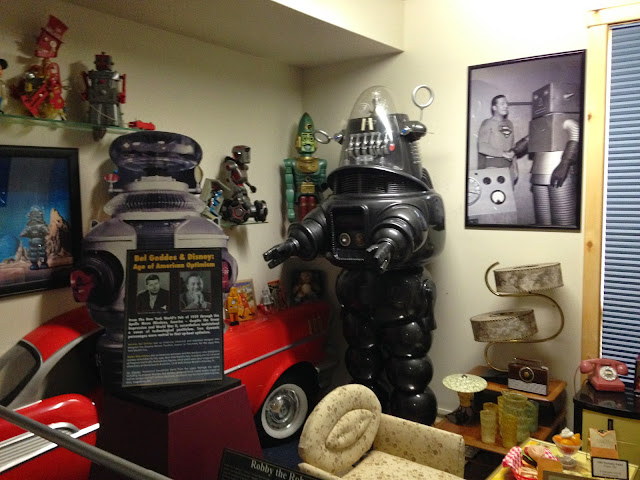 Robby the Robot at the American Computer and Robotics Museum 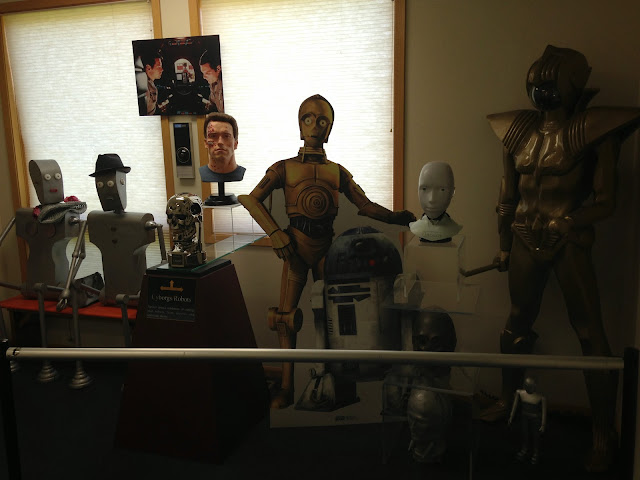 The Bozeman Chamber of Commerce provided a list of several local hikes, however a few yards into one we realized my cold wasn’t going to let us go on. Instead we spent the evening soaking in the hotel hot tub and watching a movie on TV (something we hadn’t done all trip).

When we had exhausted Bozeman we decided to move ourselves closer to out next destination, Glacier. We drove though Butte, MT where we got lunch at the Hummingbird Cafe (the service left a lot of to be desired) and continued to Missoula, MT. Missoula was a very nice surprise. We walked around downtown before grabbing a drink. That evening we stumbled onto Downtown Tonight Missoula, a free concert with many food stands run by local restaurants. We ate at the Taco Sano stand, which Jon described at the best taco of his life. For fun, we also tried tacos from another food stand but weren’t as impressed. 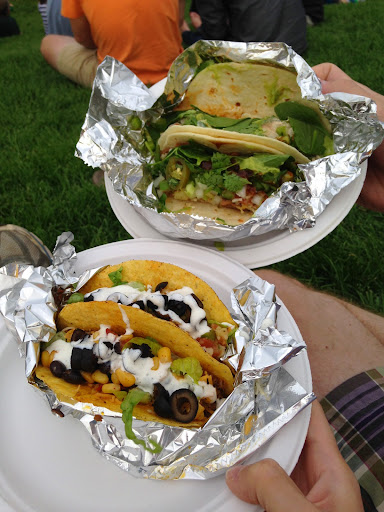 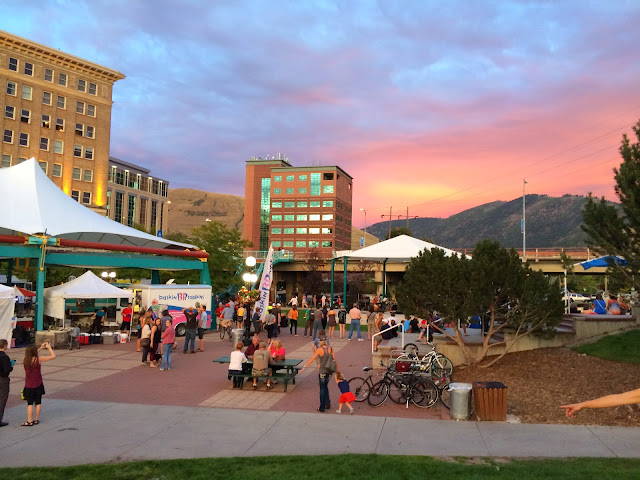 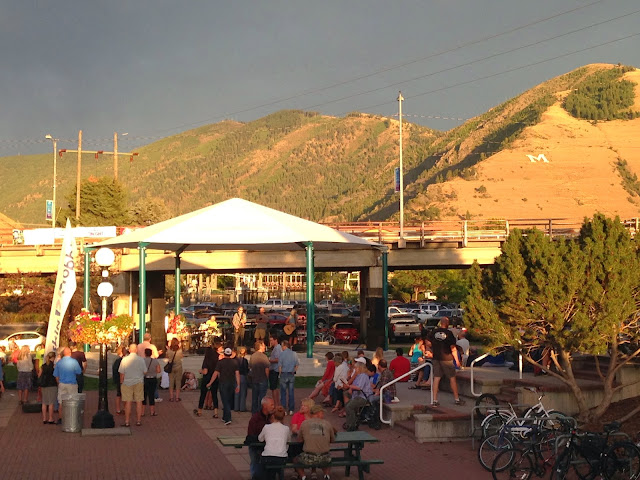 The band at Downtown Tonight, Missoula

From Missoula we decided not to let my cold delay another national park any longer so we drove to Glacier National Park.

One thought on “Montana; Bozeman and Missoula”