The Herr’s have a family tradition of spending one week a summer at a beach on the East Coast. Being from land-locked western Pennsylvania, beach vacations are relatively new to me. This year the destination was a beach house on the bayside of Fenwick Island (the northern tip of Ocean City Maryland ). 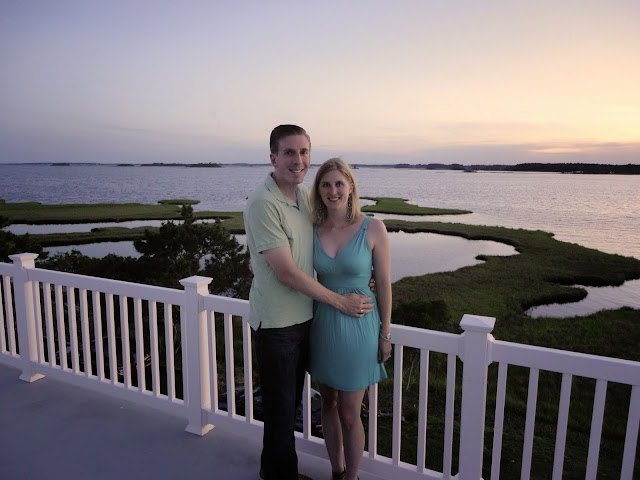 Traditionally beach vacations come with thoughts of sand and surf, miniature golf, boardwalks, and French fries. However our trip, which was 4 adult couples, was one of relaxation and enjoying nature without the crowds (which was a benefit of staying bayside instead on the beach).

Jon and I arrived on Tuesday night to the house on the bay. Most of the rest of the family arrived earlier in the week and were able to enjoy time on the sand and at the boardwalk when the crowds were smaller. Staying bayside had a lot of benefits which I think eager beach-goers overlook in lieu of wanting a location on the beach. The best benefit was space! We rented a four bedroom, three bath house which never felt too crowded. Another benefit was the amenities that came with the house; mainly ample parking, a nice large kitchen, two kayaks, two bikes, a community pool, and beautiful views of the bay. 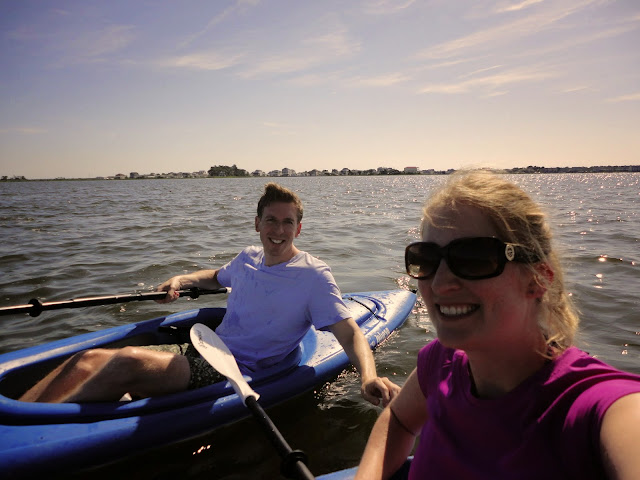 Wednesday morning our group split-up. Some people went to the beach to enjoy an early morning workout on the sand, while Jon and I took turns with his parents using the bikes and kayaks the vacation home provided. Although it was hot, the spray from the bay kept us cool while kayaking and it was nice to be outside. The entire family reconvened for a light lunch at the house before going to the beach for the afternoon. Wednesday was a sweltering day and may have been a little too hot to really enjoy laying on the beach. The bright side was that the heat got everyone into the freezing ocean at one time or another.

When we couldn’t take the heat anymore we went to a happy hour that was highly recommended by Jon’s brother at Papa Grande’s. It was actually too hot for the upstairs bar to open its sliding door creating an open air feel, but regardless Papa Grande’s cool margaritas hit the spot. Even better than the margaritas were the taco appetizers we ordered which were well worth the $2 happy hour price and probably best bar food on the beach.

After cleaning up at the beach house, we decided we wanted our first dinner in Fenwick to be seafood. We went to dinner late (8:50pm) and found out the hard way that most restaurants closed at 9pm on Wednesday. We ended up at The Crab Bag. The Crab Bag had an enjoyable beach atmosphere but our outdoor seating on the third level was uncomfortably hot with no moving air. A few fans in this space would greatly improve it. Our group ordered a large variety of food, and everyone enjoyed their meal. However, if you go to Crab Bag be prepared for fried seafood as very little on the menu was baked or broiled. 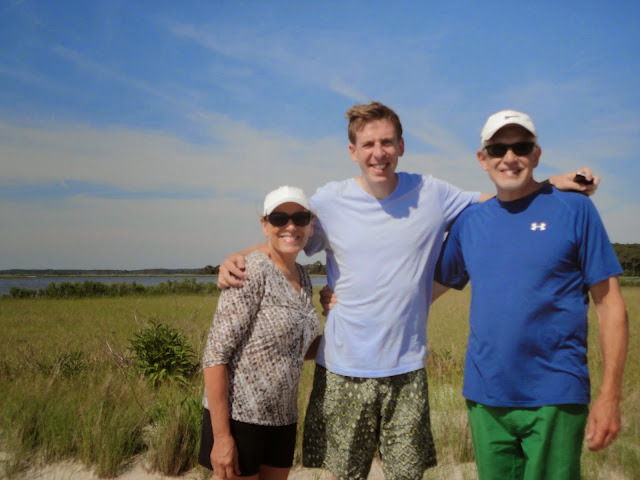 Thursday we started the day with more kayaking, which was just as enjoyable as our kayaking on the first day. We were also luck enough to have friends with a boat on the bay. They picked us up and we spent the afternoon riding around the bay. The boat traffic on the bay was usually quite, even for a weekday. Our friends took us to what I think (using a map and counting the bridges) was the mouth of the St. Martin River where we went tubing. We had a lot of fun and even with the mild weather the bay water was warm and nice to get in. Everyone in our group, including Jon’s parents, took a turn tubing. That evening the same friends had us over for a nice dinner with delightful company. 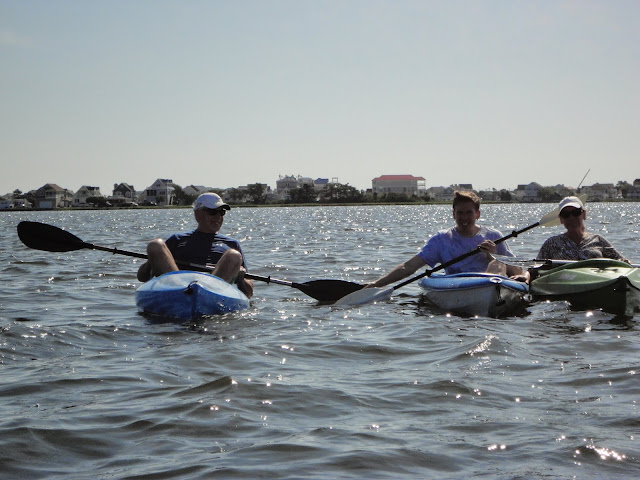 Friday was already our last full day! Keeping with our new tradition we started the day with a kayak ride across the bay. This time we borrowed two additional kayaks so that Jon’s parents could join us. To help pick a destination we looked at a Geocaching map and headed for two caches close by. Using a kayak to get caches was fun because the cache locations were more secluded. 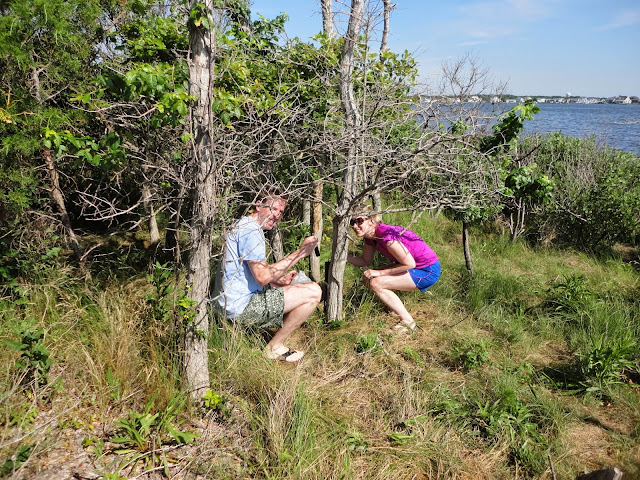 Jon and I wanted to do something special for the family, so we offered to cook lunch when we arrived back at the house. So here is our first ever “Herrwego Recipe”, Fried Fish Tacos. We made these at home earlier in the summer and couldn’t wait to share them with everyone. We got some recommendations for local seafood markets and went to Rippons. The people at Rippons where very helpful in picking fish which would work well for fish tacos, we also picked up a few softshell crabs to try in the tacos as well. The recipe takes a little time and can get messy (especially because we didn’t have a deep frier so we skillet fried the fish) but it’s worth it.

That evening we went to the beach one last time. The sun was lower in the sky which was nice. We played bocci and ladder-ball toss on the beach until the sun went down. For dinner we went to Nick’s Original House of Ribs, which is another beach tradition. Nick’s atmosphere is dimly lit with large leather booths and feels like a throwback to steakhouses of times past. Their onion loaf appetizer is a site to see and the food was as good as always. Normally at Nick’s we are prepared to wait a while, but like the rest of our trip, this week didn’t seem crowded.

Although not a part of our vacation this year, highway 1 through Fenwick Island and Ocean City is lined with miniature golf, go-carts, and taffy shops. You can also head to the boardwalk in Ocean City for carnal rides and boardwalk fries. Ice cream shops, hot-dog and pop-corn stands are also plentiful in the area. Lots of commercial companies also offer jet-ski rentals, parasailing, and other outdoor activities. 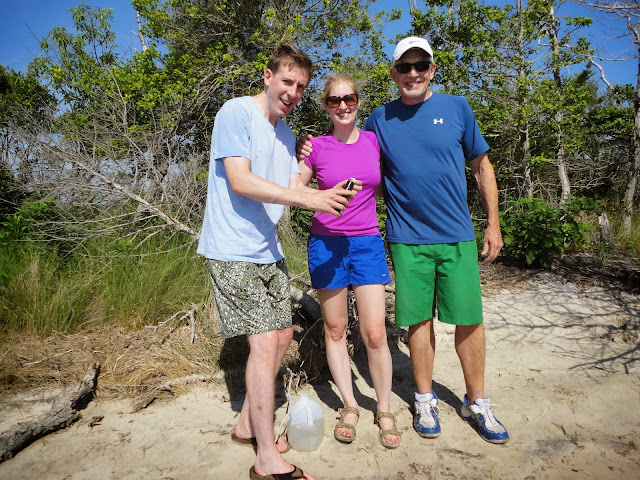 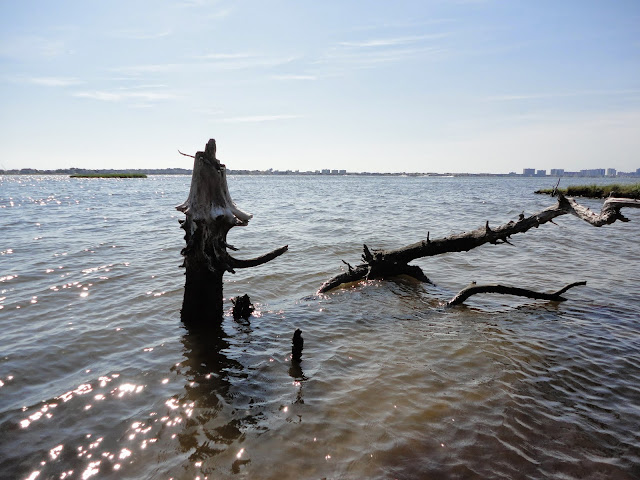 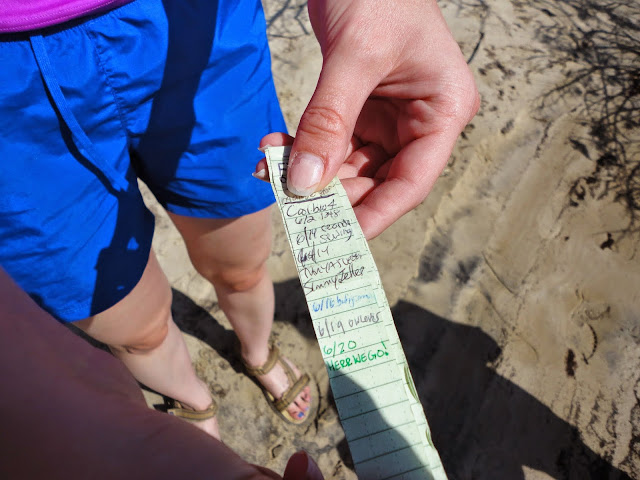 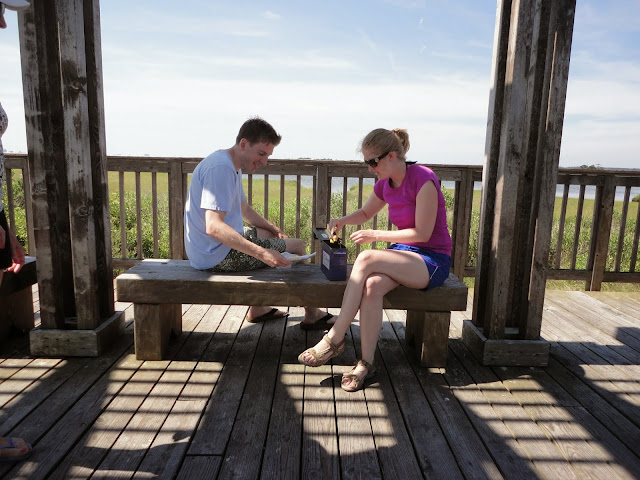 One thought on “Fenwick Island, DE”