Manuel Antonio is a national park and popular beach town on the west coast of Costa Rica. Manuel Antonio attracts wildlife enthusiasts with its abundant monkey population. Manuel Antonio was the portion of our were we got to relax and enjoy some drinks, the water, and amazing scenery.

This is post 3 of 3 about Costa Rica. Please also see our posts on the Arenal volcano region and the Monteverde Cloud Forest.

We arrived at our hotel, La Mansion Inn, mid-afternoon and were led to an amazing penthouse room. (Although I think all of their rooms are probably amazing). We think that we had the best view of the beach in the whole town. We spent the afternoon relaxing at the hotel the pool until an approaching thunderstorm scared us out of the water. La Mansion was also where we met the friendliest people. Another couple at the pool invited us to dinner at a BBQ restaurant they’d seen, La Cantina, that advertised live music. We joined them for dinner along with another hotel guest who was also sitting by the pool with us. The food at La Cantina was good but doesn’t stand out in my memory. However I do remember enjoying the open-air casual atmosphere. 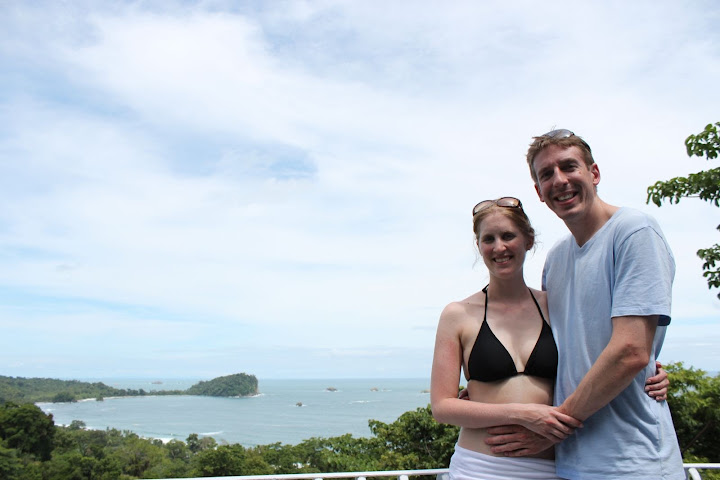 Sunday we decided to go to the Manuel Antonio National Park after having breakfast at the hotel (which like everything else at the hotel was amazing). It is popular to hire guides into the park that point out animals; but without a guide it was easy to spot other tourists pointing at animals, so that’s what we did. On the walk into the park we saw a lot of insects and some lizards, like we previously had in Monteverde; but after waiting all trip we finally saw monkeys too! When we got the beach in the park there was a sloth in a tree and lots of little monkeys running around very close to the walking path. We hiked along trail that followed the park’s peninsula and finally we decided to relax on the beach until we got hungry for lunch. 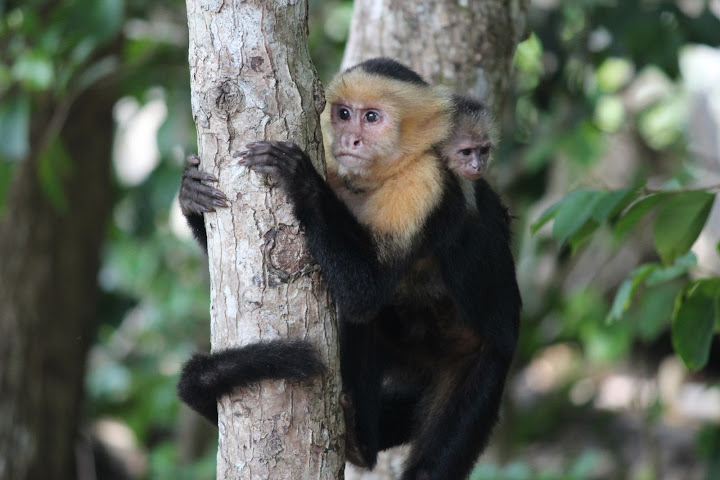 The park doesn’t have any restaurants, so we left and walked to the town just outside of the park’s entrance. The town wasn’t very impressive, but it did have a few casual dinning restaurants and souvenir shops. After lunch we spent more time relaxing at the hotel pool. For dinner we ate in the hotel’s Bat Cave Bar, a bar built in a natural cave on the hotel grounds. Our friends who we met rafting in Arenal were staying at the hotel too and joined us for a few drinks. 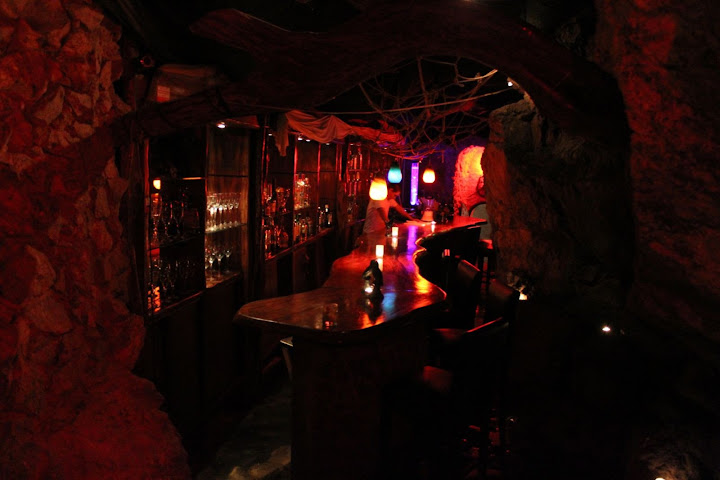 Sadly, Monday was our last full day in Costa Rica. We ate breakfast at the hotel again and then were picked up by a tour company for a catamaran/snorkeling tour (which we had booked through the hotel). We had perfect weather for it! We started with a rough ride up the coast (due to the waves) in the catamaran to the national park. Once in park waters, the boat pulled up by other boats and we watched for dolphins. The dolphins in this area must be abundant because we saw a bunch. After dolphin watching, the boat took us to a little bay to snorkel. The water was nice, but it wasn’t clear. Like the dolphins, the fish were abundant but they were all the same type and had to be within 6 inches of you to see in the murky water. After snorkeling we were allowed to use the water slide on the boat and jump off the boat’s roof. A lunch of kabobs and rum punches was served on the boat and we leisurely drifted back to the start point. For me, this was the most relaxing activity of our trip to Coast Rica. 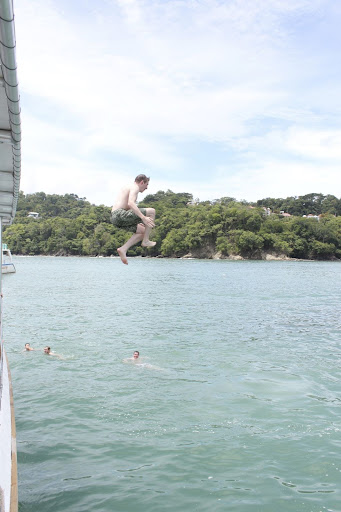 Jumping off the catamaran

Once we got back to the hotel, we decided to walk to a semi-private beach that others in the hotel had heard about. It was very nice; there were about 6 other people swimming and two locals who sit rent snorkeling gear. Tucked into a tiny inlet the water was calm and we enjoyed swimming around in it. We spent the rest of the day reading at the hotel pool again. Around dinner a torrential downpour started. The front desk made a dinner reservation for us at Kapi Kapi and we drove there through the rain. The short walk from the parking lot to the restaurant soaked us to the bone. The rain was so bad it kept most people away and we were the only people in the entire restaurant. This surprise private meal was one of the most enjoyable of the trip. The rain gave the air an energy that was infectious and we laughed a lot with each other. The food was good and we even splurged on a chocolate souffle. 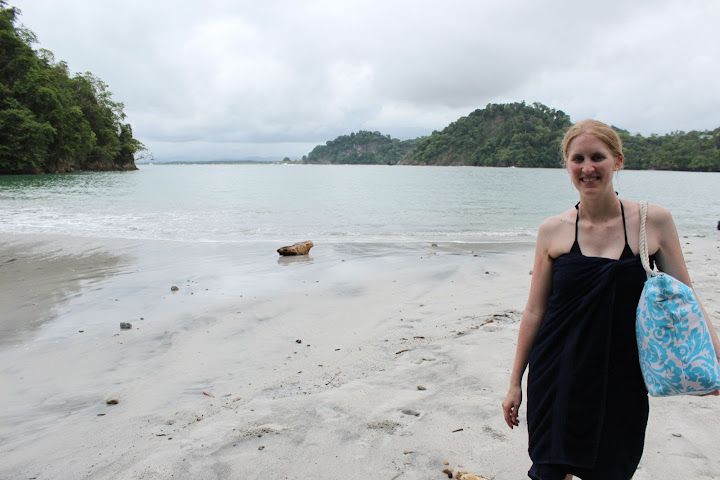 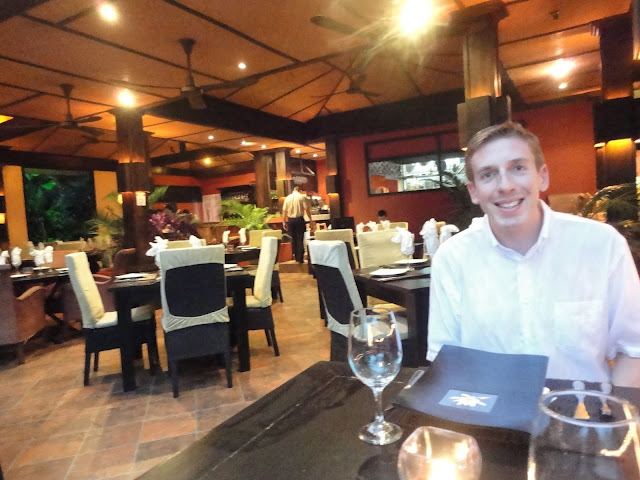 Tuesday we enjoyed our last breakfast in Costa Rica and the great view from our hotel. We drove to San Jose and returned the rental car. Once we reached the car rental building we found out that the shuttle to the airport was stuck in traffic. As the last surprise adventure of our trip a political demonstration was marching down the highway and had gridlocked the roads to the airport. Luckily our rental car company was only a mile from the airport and they literally walked us down the highway, through the demonstrators, and to the airport so we could leave. 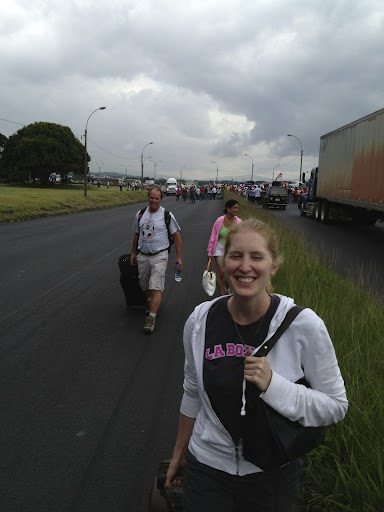 Walking to the airport, the protest is in the background 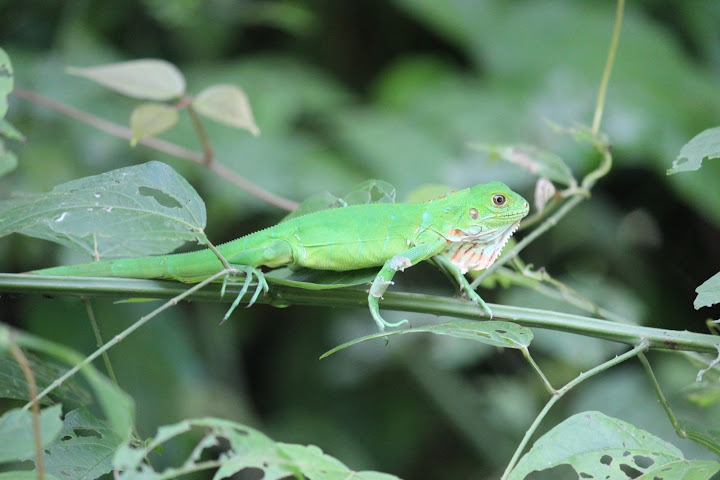 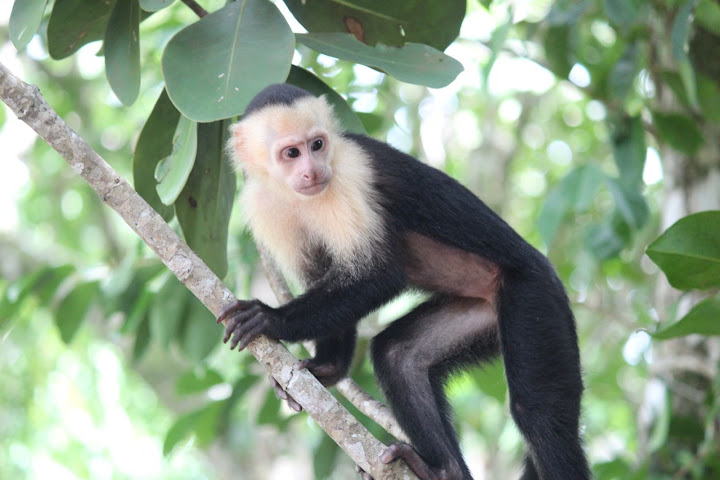 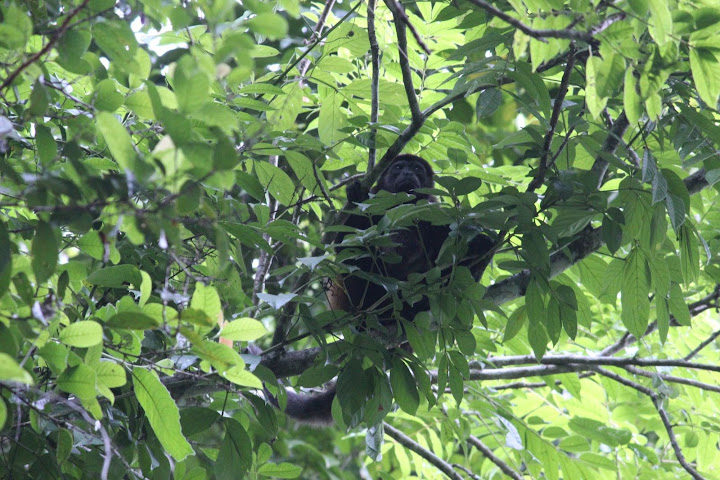 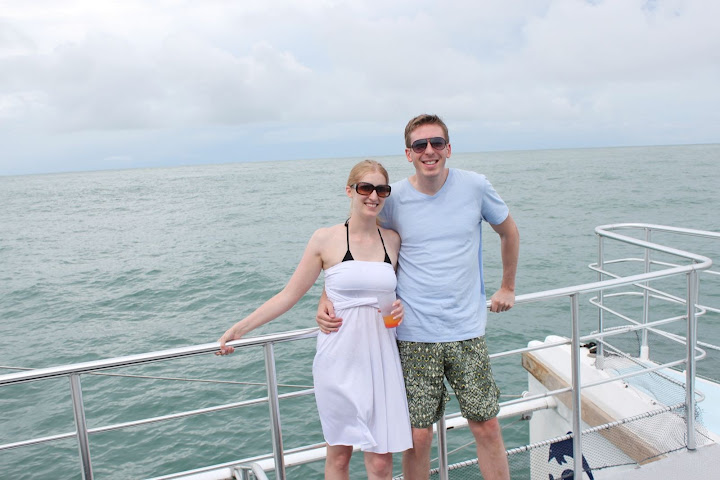