Our time in Death Valley was not like most experience the park. Wind storms and even rain changed our experience from the desert-like terrain we had expected.

We drove from Page, Arizona to Las Vegas, Nevada with the goal of arriving in time for a nice dinner out. We had booked hotel rooms in advance for Vegas, but due to extreme variations in availability and rates, we were staying in different hotels each night. The Signature at MGM Grand was our first hotel. We didn’t know much about this hotel, but it was actually very nice. Check-in was easy, the room was a surprisingly big suite, and we could walk to the MGM Grand whose amenities (like the pool) were included with our room.

We had no plans for dinner, so we strolled through the MGM reading the menus of restaurants owned by celebrity chefs.  Morimoto was a big contender for dinner, but we decided I should stay away from sushi for the time being. Instead we ended up walking almost the entire length of the strip until we got to the Venetian, whose restaurants all had good reviews on yelp. We read a few menus, but decided to try a different iron chef’s restaurant and ate at Otto by Maria Batali. The gemelli was good, but the stuffed gnudi was the true standout dish of the night. 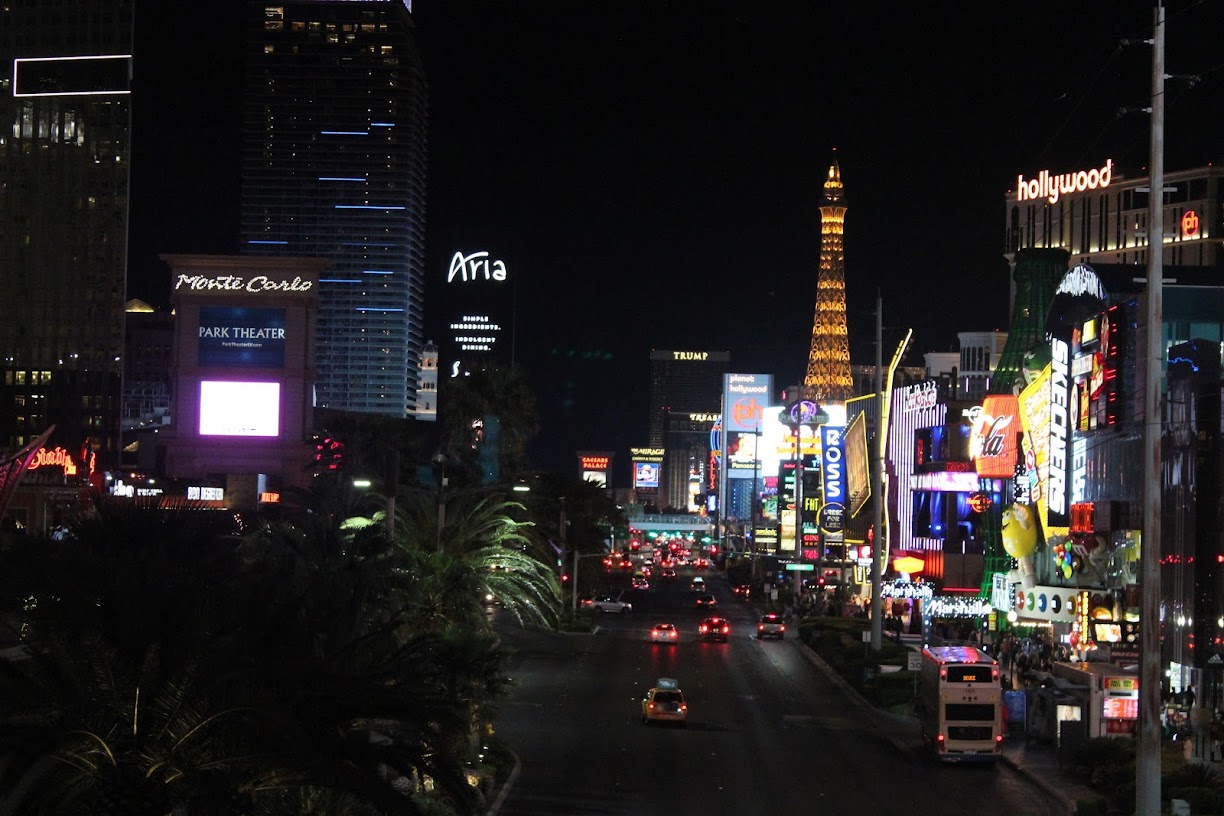 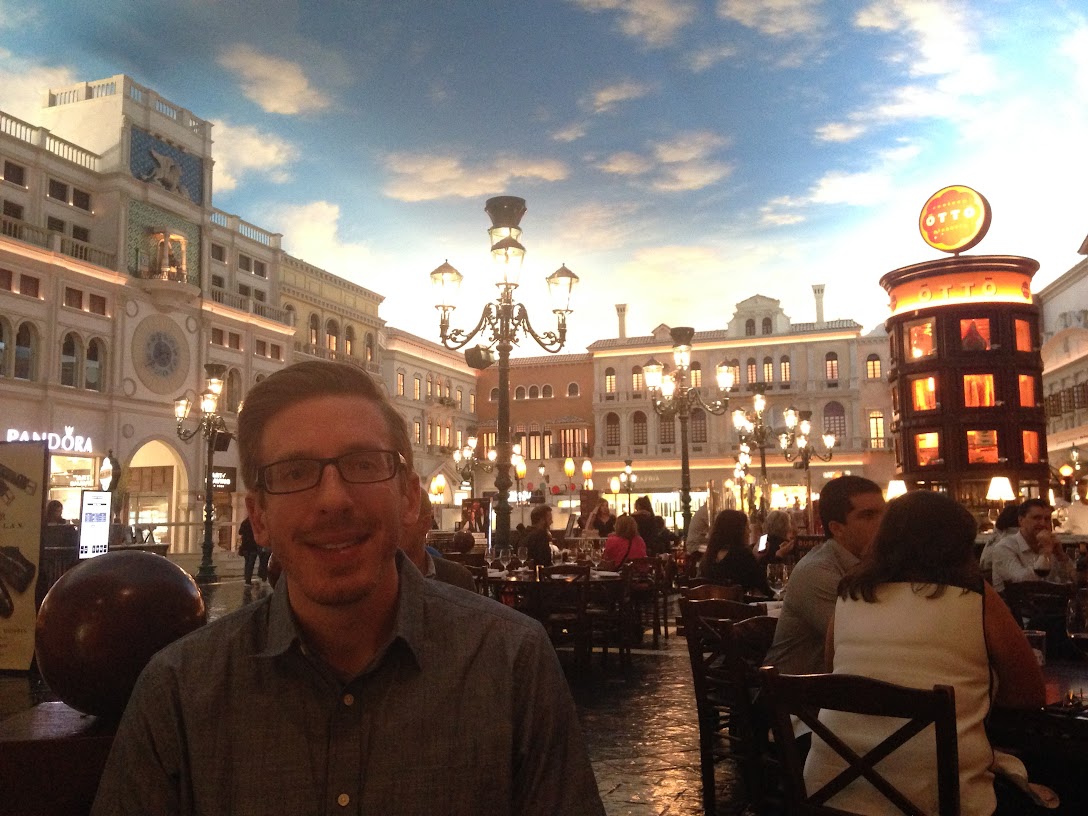 Wednesday was a rare day of relaxation for us amidst the otherwise hiking and travel heavy agenda we had set for ourselves. We slept in, and then walked down he strip to Bruxie for a breakfast of fried chicken and waffle sandwiches. 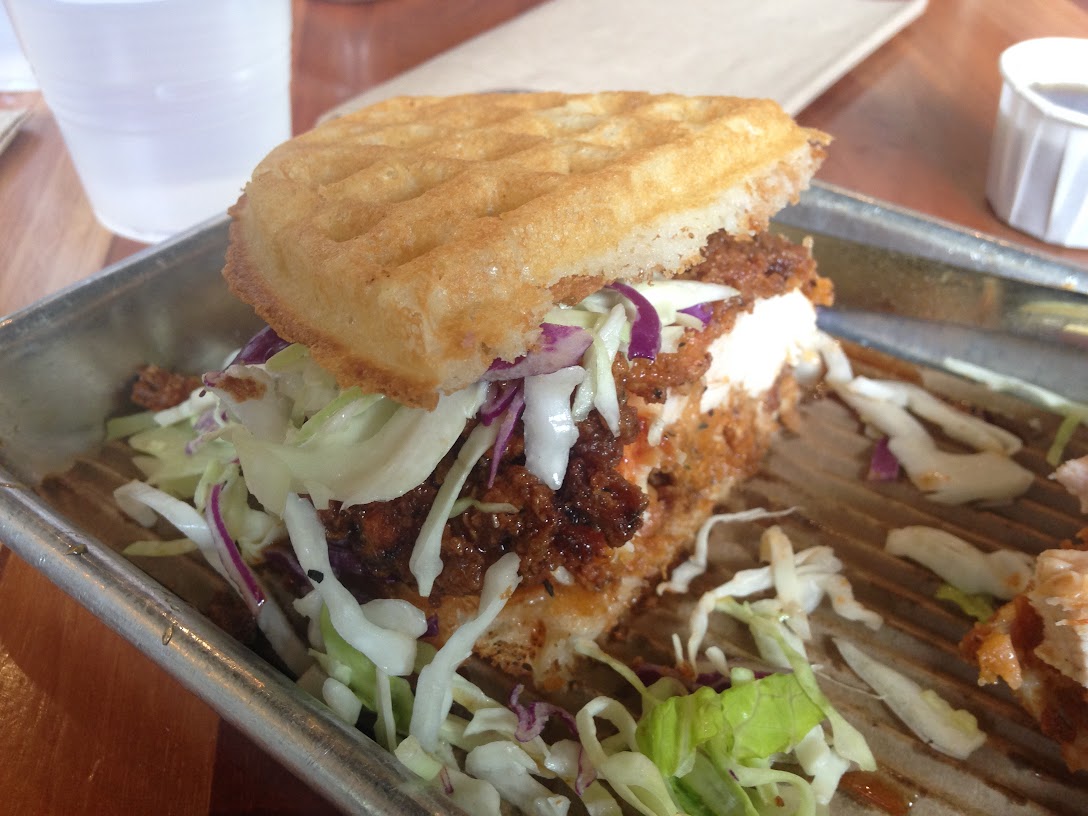 We checked out of our hotel, and into our next hotel, the Aria. The Aria is one of Vegas’s newest and most popular hotels right now. We were lucky enough to stay in a Tower Suite Room, their middle room class. The hotel was great, tower suites had their own check-in lounge and when you enter the room the curtains automatically opened to reveal a great view of Vegas.  We spent the afternoon relaxing at the pool. 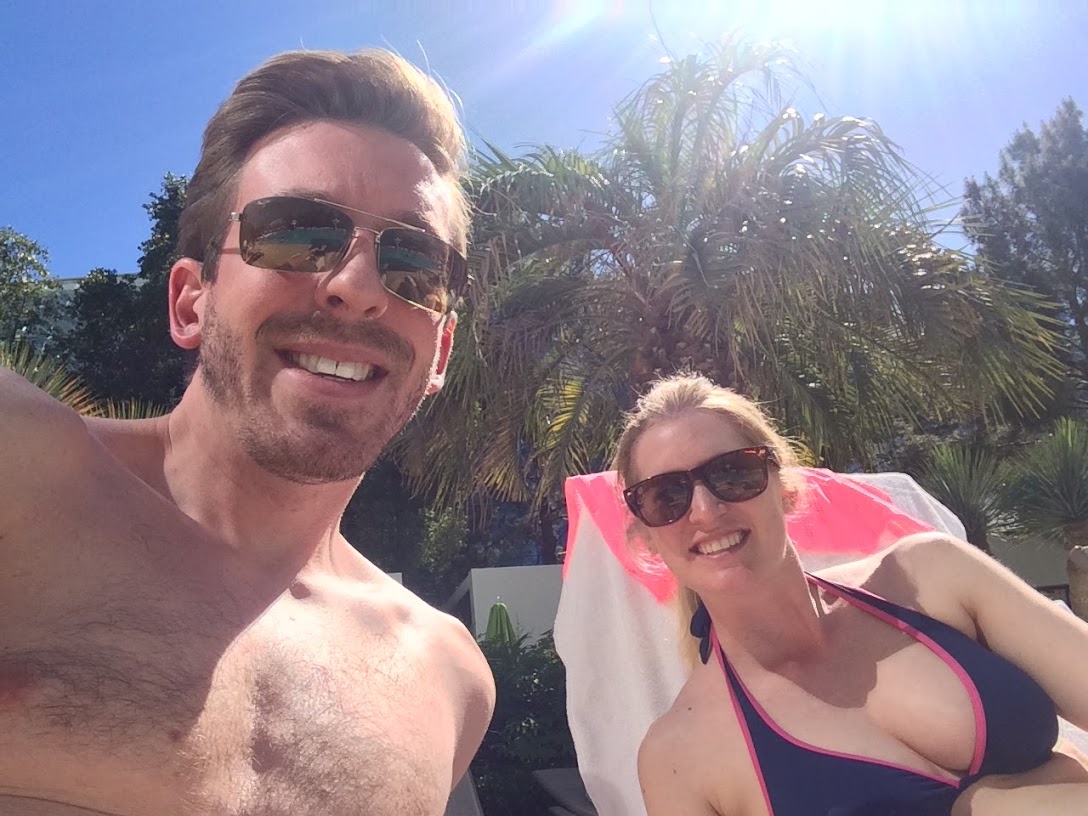 Using the MLife (MGM rewards) program, we snagged incredible tickets for Ka by Cirque du Soleil. I cannot say enough good things about Ka. This show was incredible from start to finish. The theater was custom built and an amazing space, the acrobatics were great, but the mechanical stage truly took the entire show to another level.

For dinner we ate in the Aria’s Blossom. At first we found the menu to be slightly confusing, the dish size is not quite tapas but also not entree size. We ordered a variety of items which were all enjoyable, but after our travels to Asia, it didn’t live up to our expectations.

Death Valley is 2 hours from Vegas, so we checked out and hit the road to maximize our time in the park. We entered the park from the south at Shoshone and drove north. We had heard that rain was making usually dormant wildflowers bloom, and we did see a few but not as many as we had hoped. The weather had predicted high winds, and we found that to be the case. At times the sands kicked up clouding the air. I assume the mountains on each side of the valley are visible on a clear day, but we could hardly see the closer valley wall from the road. 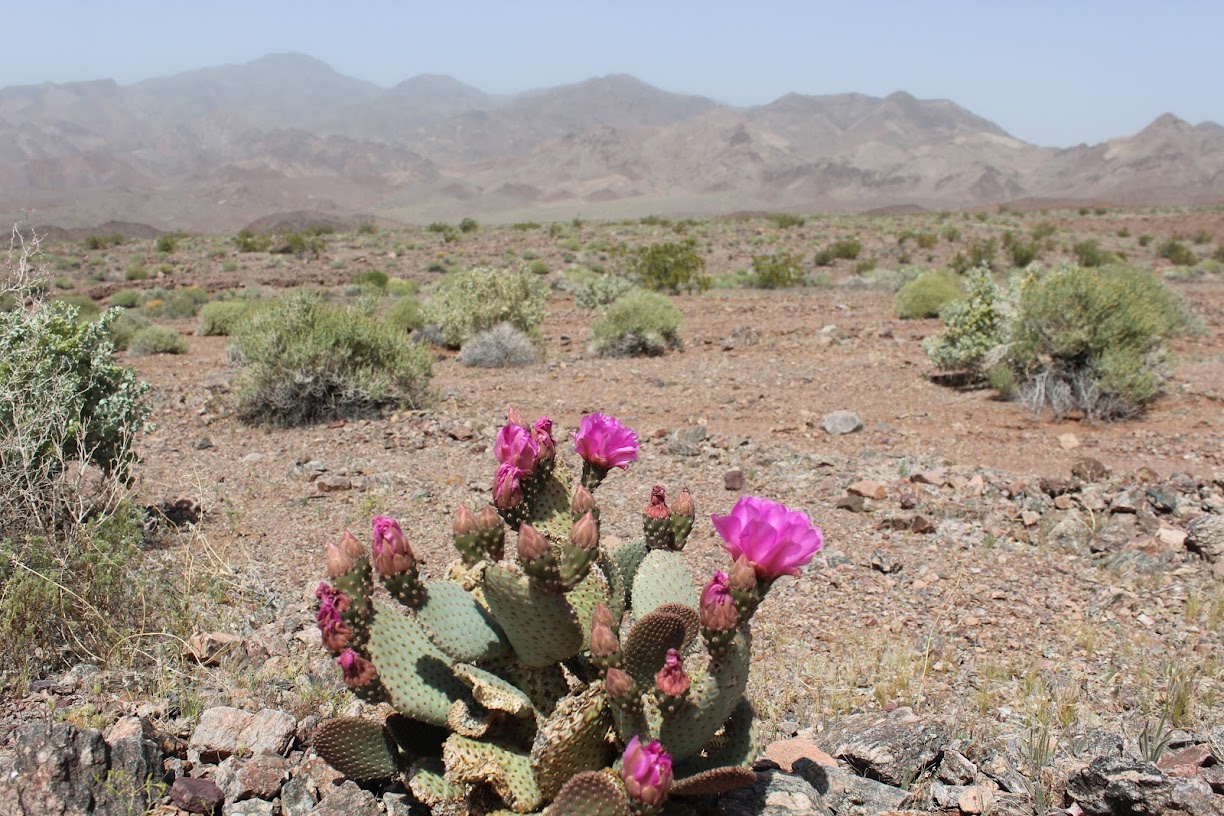 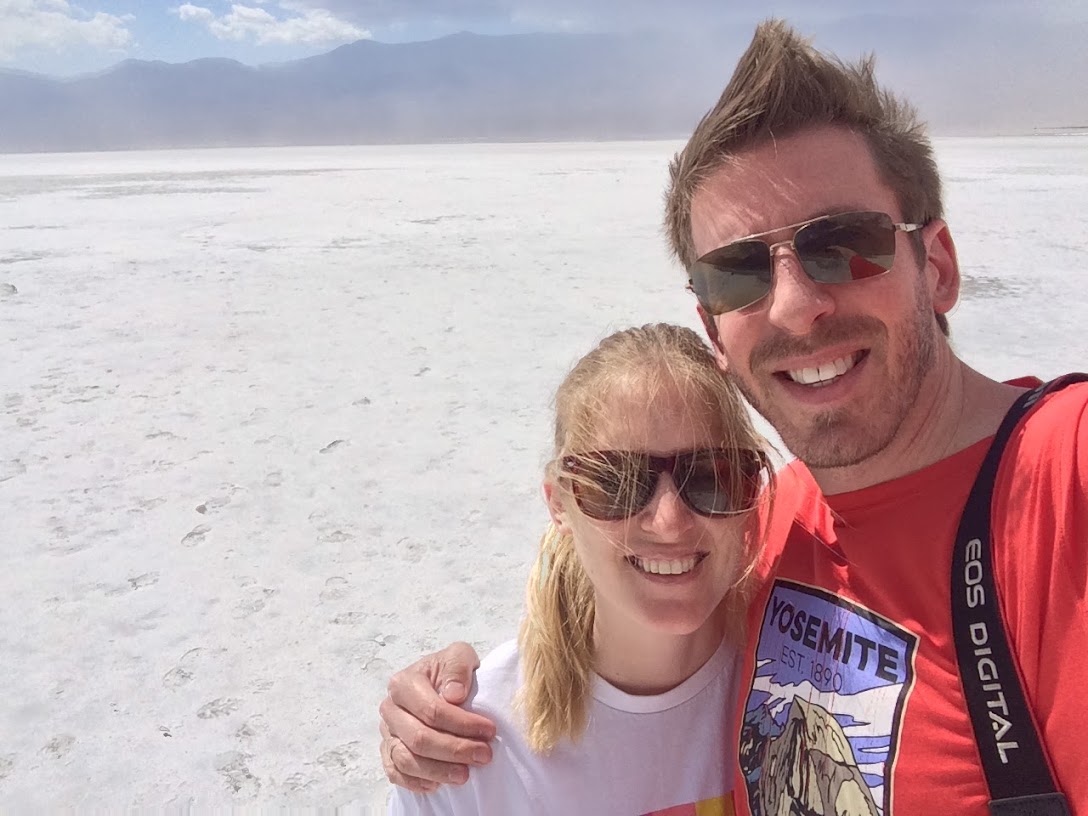 The first notable stop we made was at Badwater Basin, the famous salt flats located at almost 300 feet below see level. We left the car and joined the other tourists in walking out onto the flats. The sky was dark, the wind was blowing, and scattered rain hit us threatening of an even bigger storm. We weren’t sure where everyone was walking, it seems like no one knew but the goal was simply to outtalk the other tourists for photos with fewer people in them. Eventually we turned back to the car and continued the drive north. 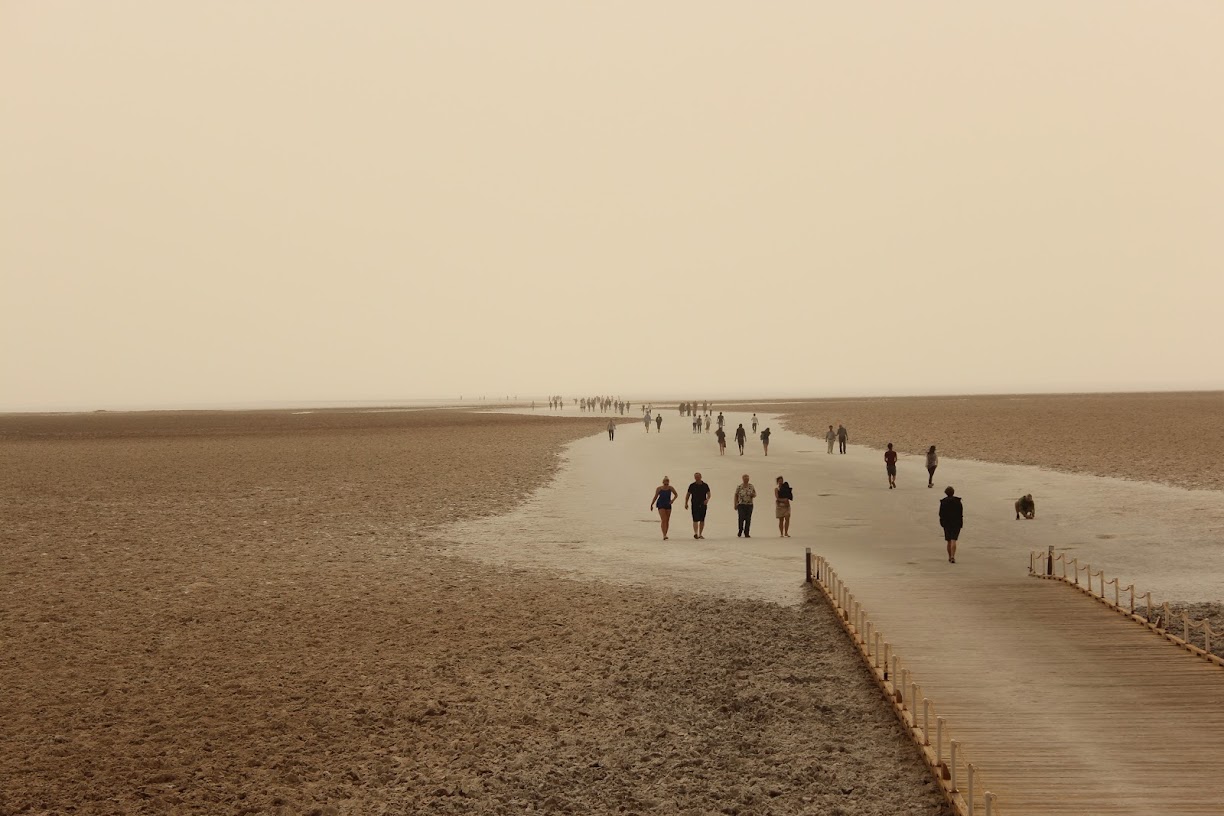 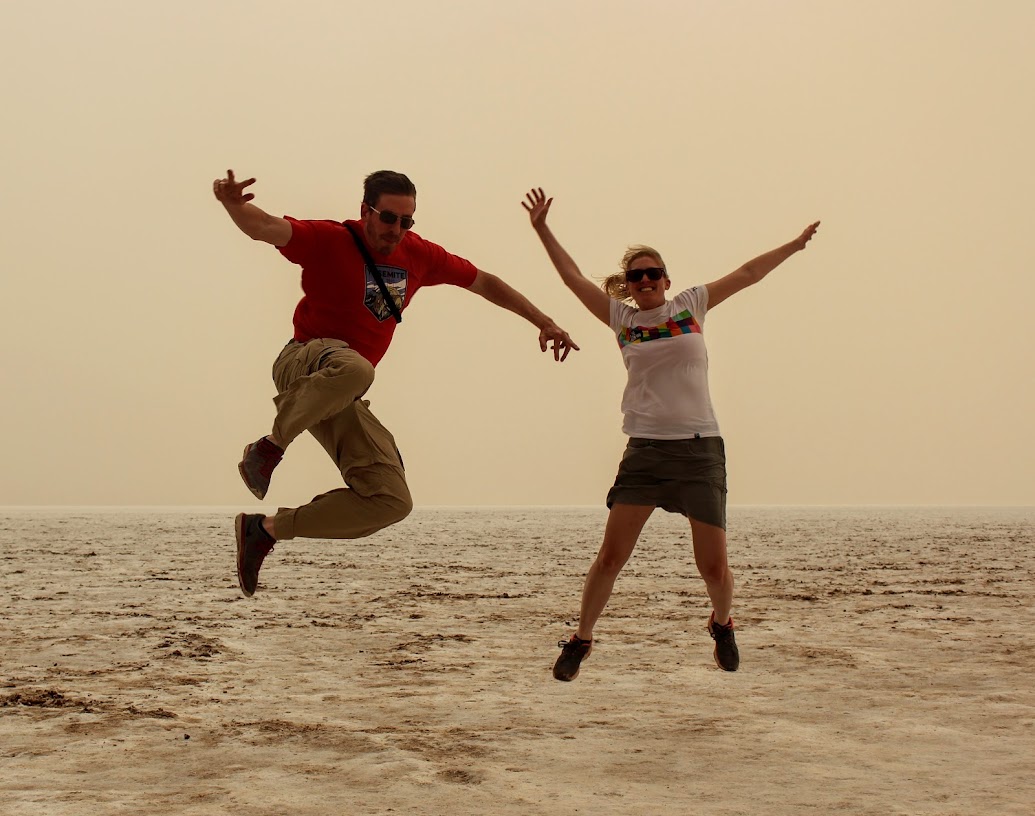 We took the unpaved road to Natural Bridge and made the short hike to view the bridge. I really liked this small hike through a canyon.  From Natural Bridge we made stops at Devil’s Golf Course and the extremely windy Artist’s Palette. By the time we reached the Furnace Creek Visitor Center, we found that the road continuing on had been closed for the remainder of the day due to the poor visibility and blowing sands.  We went the other way to see Zabriskie Point. 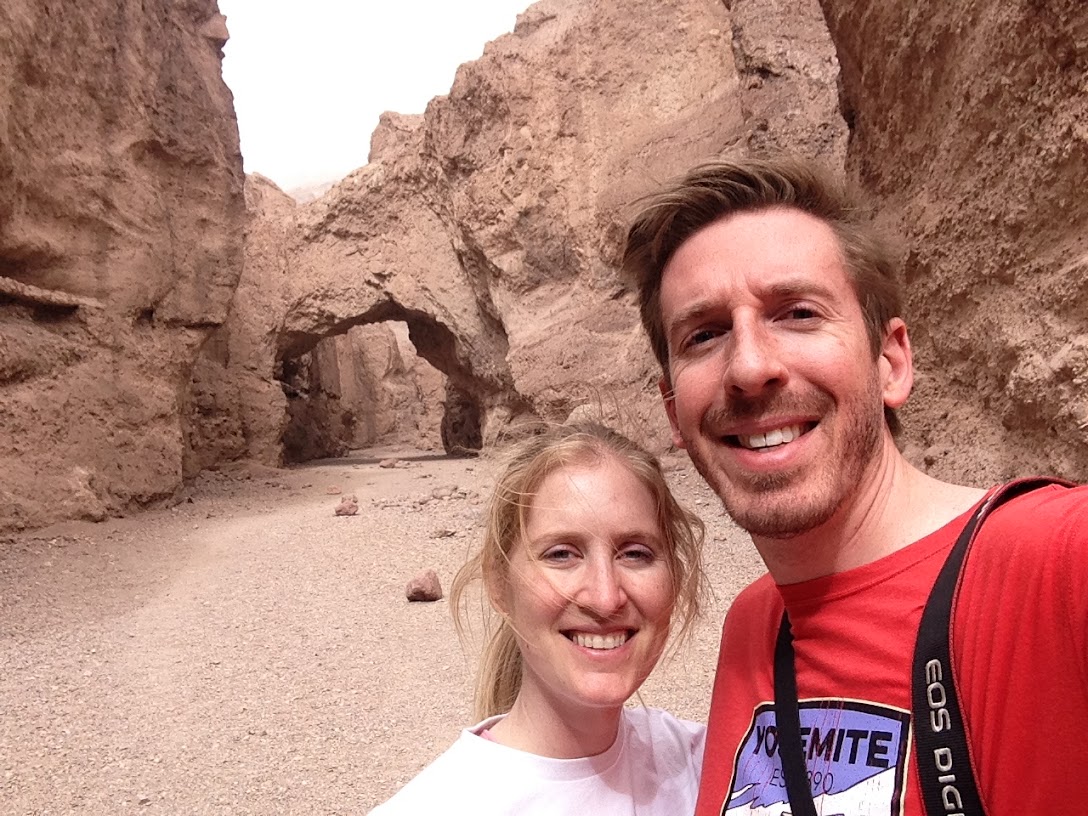 There aren’t too many lodging options in the park, and we had felt lucky to snag a cancellation the day before at the Furnace Creek Ranch. The price of the room must be based on location alone because the lodging was not impressive. Our stay turned into an even larger adventure when the windstorm knocked out the power throughout the ranch. Normally I think this type of inconvenience doesn’t bother us, however when the restaurants shut down and I was a hungry pregnant woman forced to eat cliff bars for dinner I was not happy. There was a general store with generator power, however they had turned off the microwaves to save energy preventing us from even buying microwavable meals. There was also a refrigerator of expensive pre made sandwiches, but at first glance they were all cold-cuts which I was told to avoid. Eventually Jon managed to find a tuna salad sandwich so we got to eat something. The power came on while we were in line to check out, but the restaurant next door told us they had no intents of starting back up the kitchen, so we continued with our dinner of convenience store sandwiches and trail mix.

In the morning the restaurants were open, so we ate at the ranch’s Forty-niner Cafe, who served tasty big portions. The road into the park was also open, so we continued north towards Stovepipe Wells. We stopped at the ruins of the Harmony Borax Works and the Salt Creek Trail, but the Mesquite Flat Sands Dunes were are destination. Once again, the wind was blowing and sand was everywhere making the Dunes less enjoyable than we had hoped. 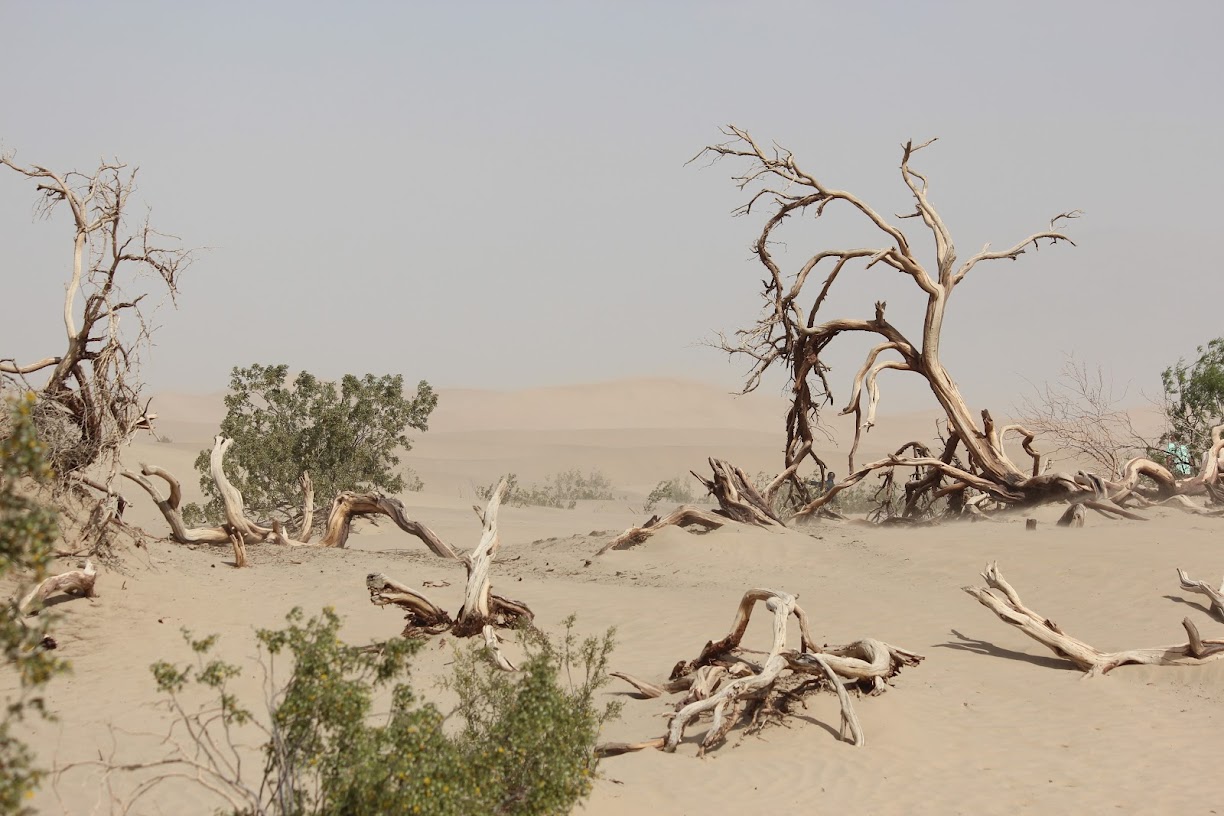 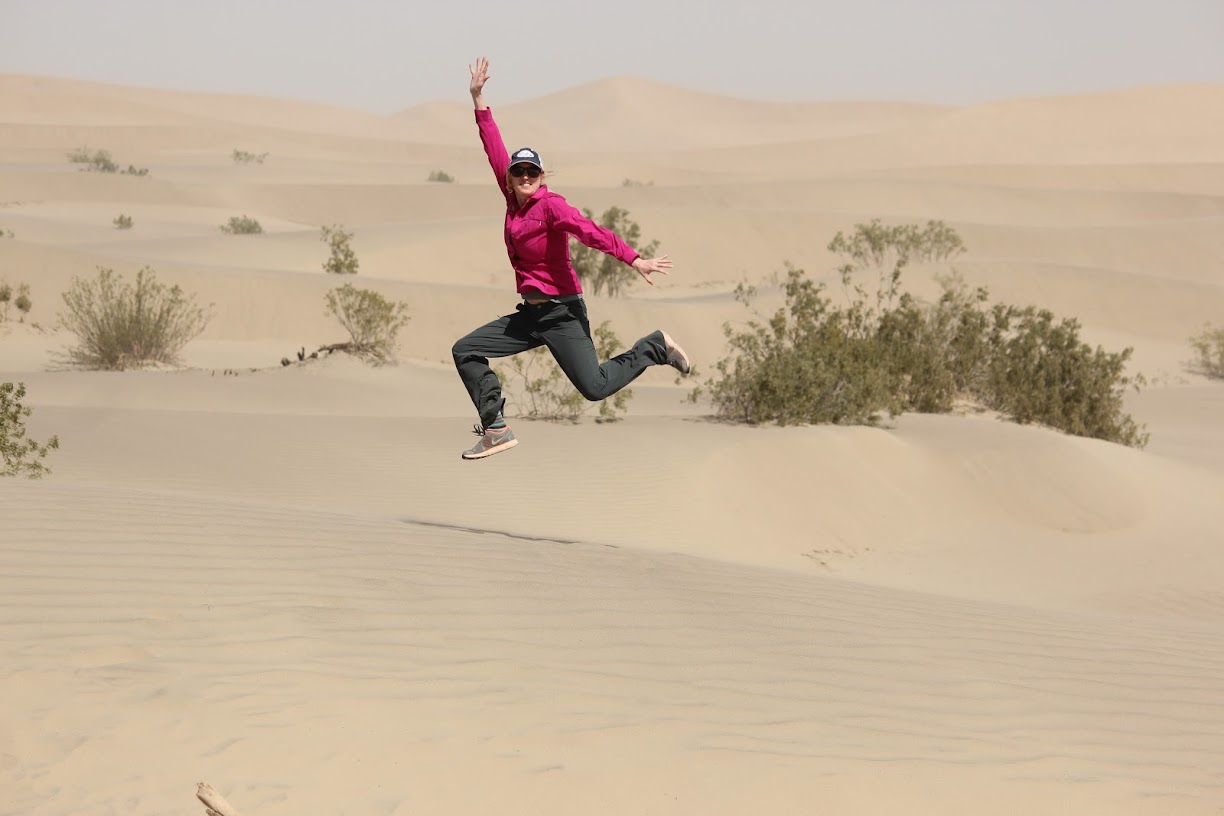 For our first hike of the day, we went to Mosaic Canyon. This was another surprisingly nice little hike. The earliest part of the hike is through polished canyon walls. The hike then opens up. We didn’t go until the very end, but had a nice time. 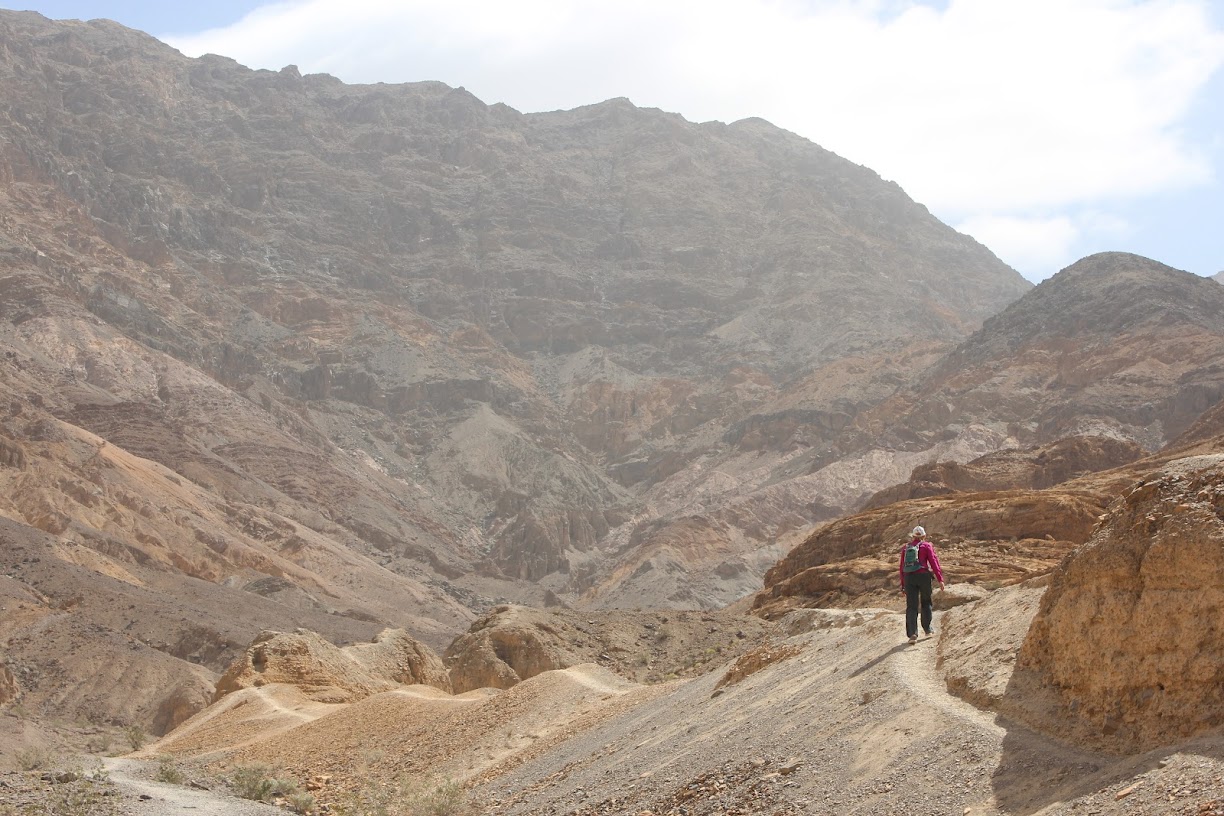 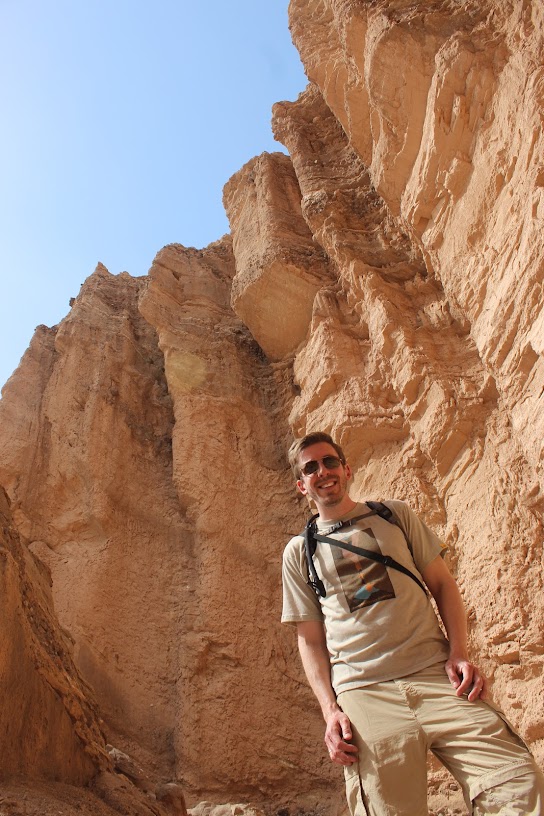 Our final evening in Vegas was spent at the Luxor. For dinner we went to Gordon Ramsay Burger in the Planet Hollywood Hotel. They were introducing a new menu and claimed this was the reason for the extremely long wait. We had our hearts set on burgers so we waited. The onion rings and burgers were both very good, although not enough to make up for the wait. 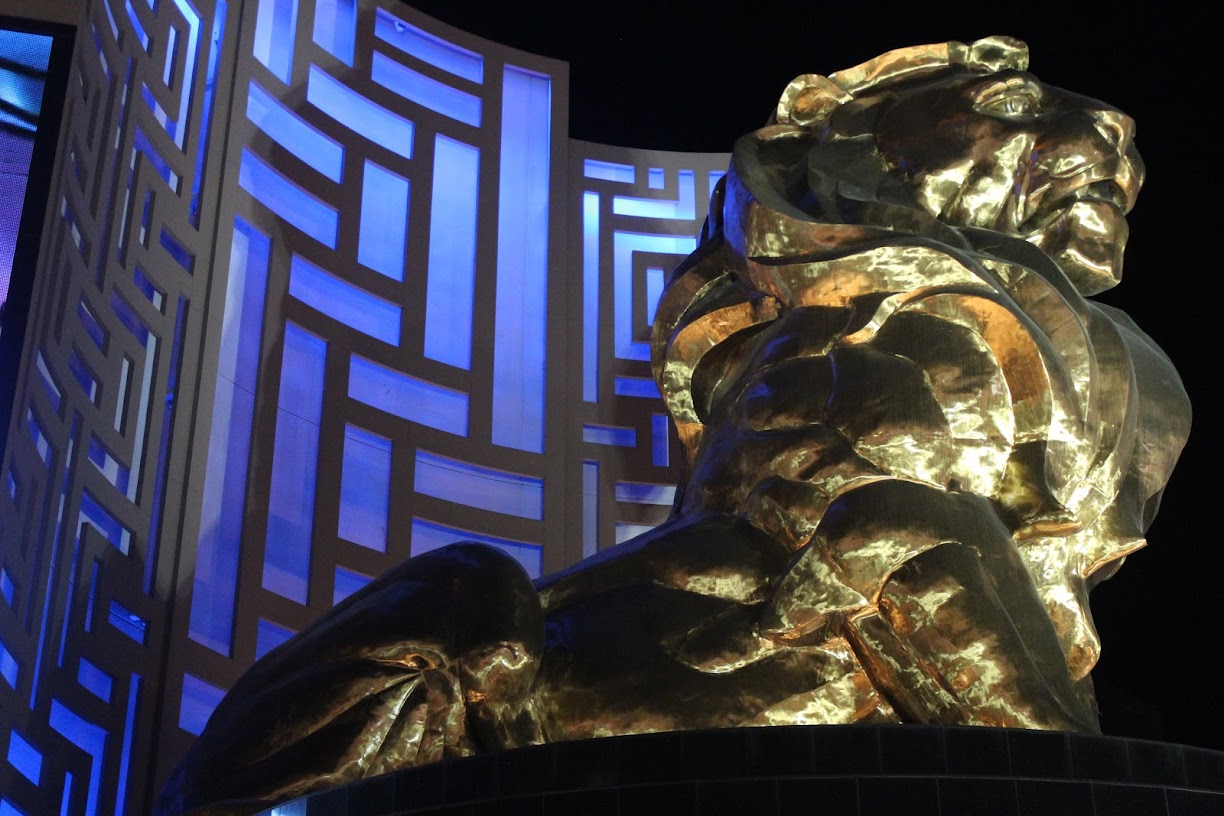 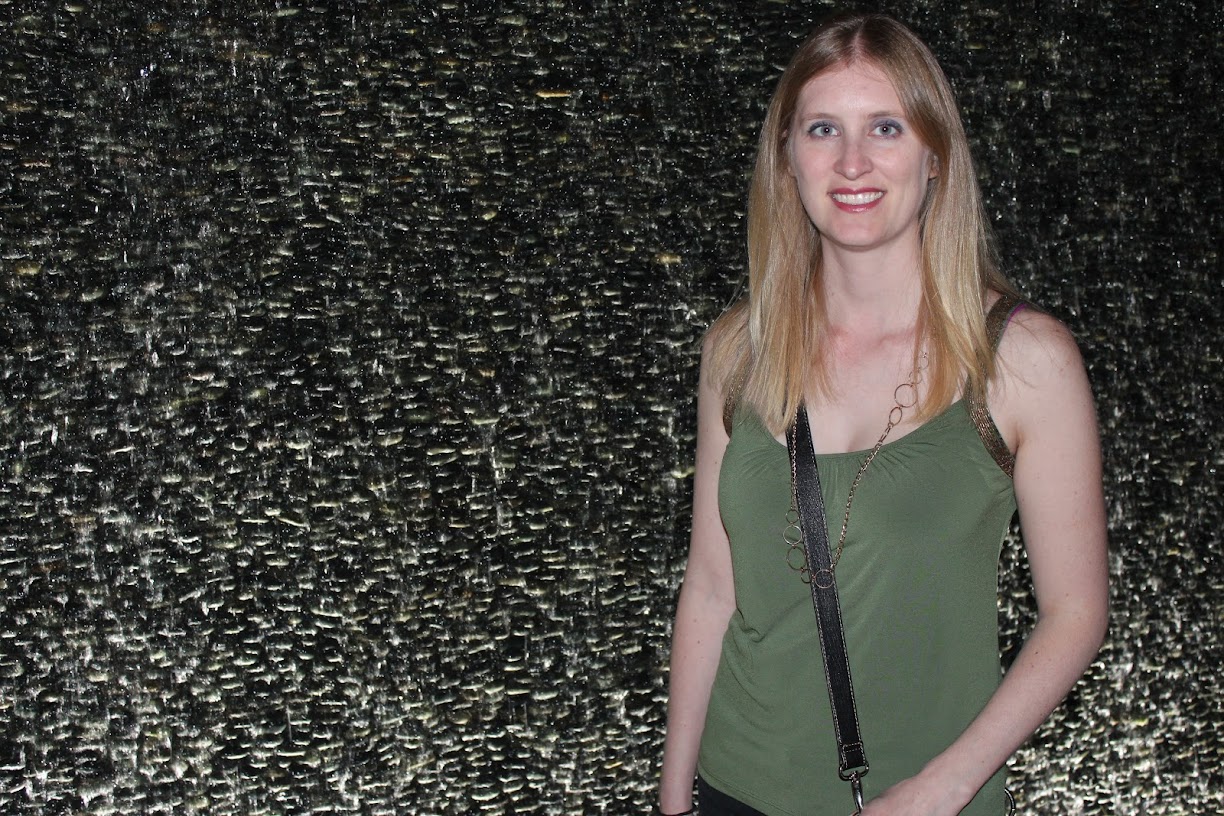 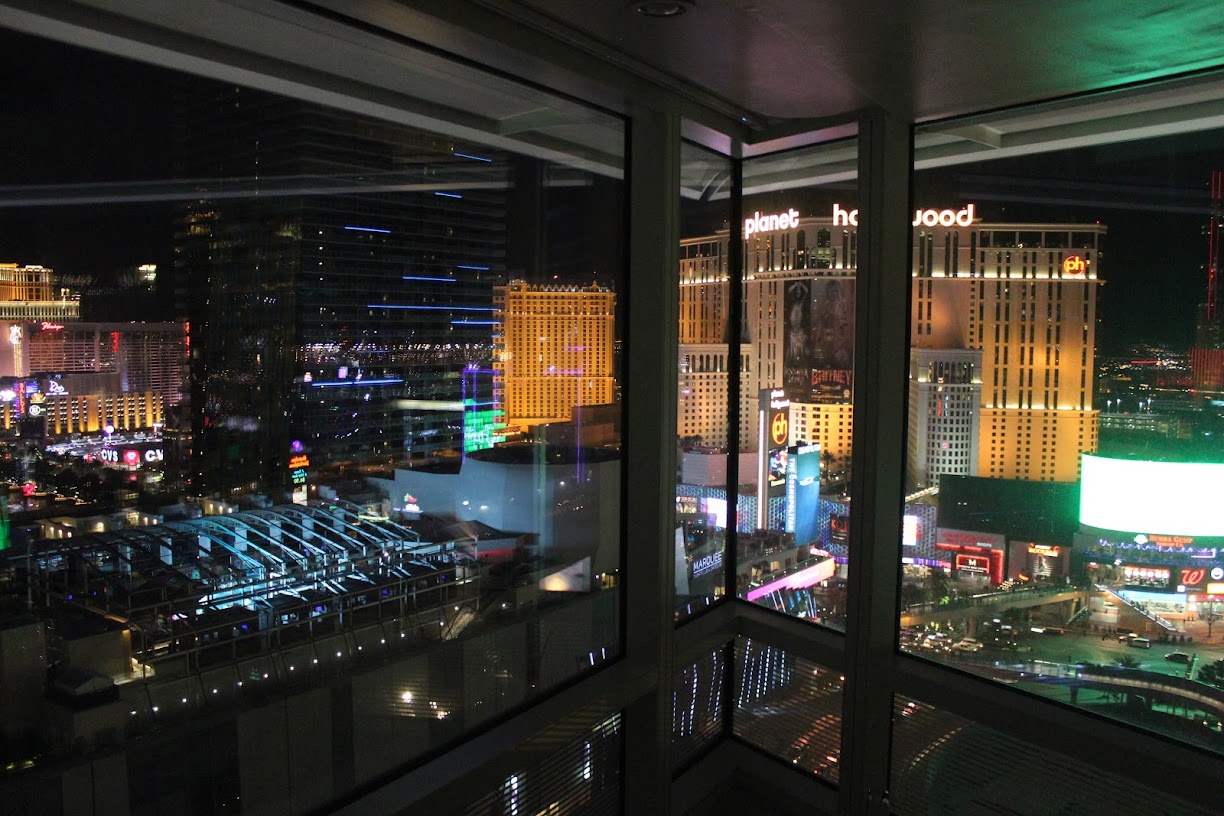 View from our room in Aria 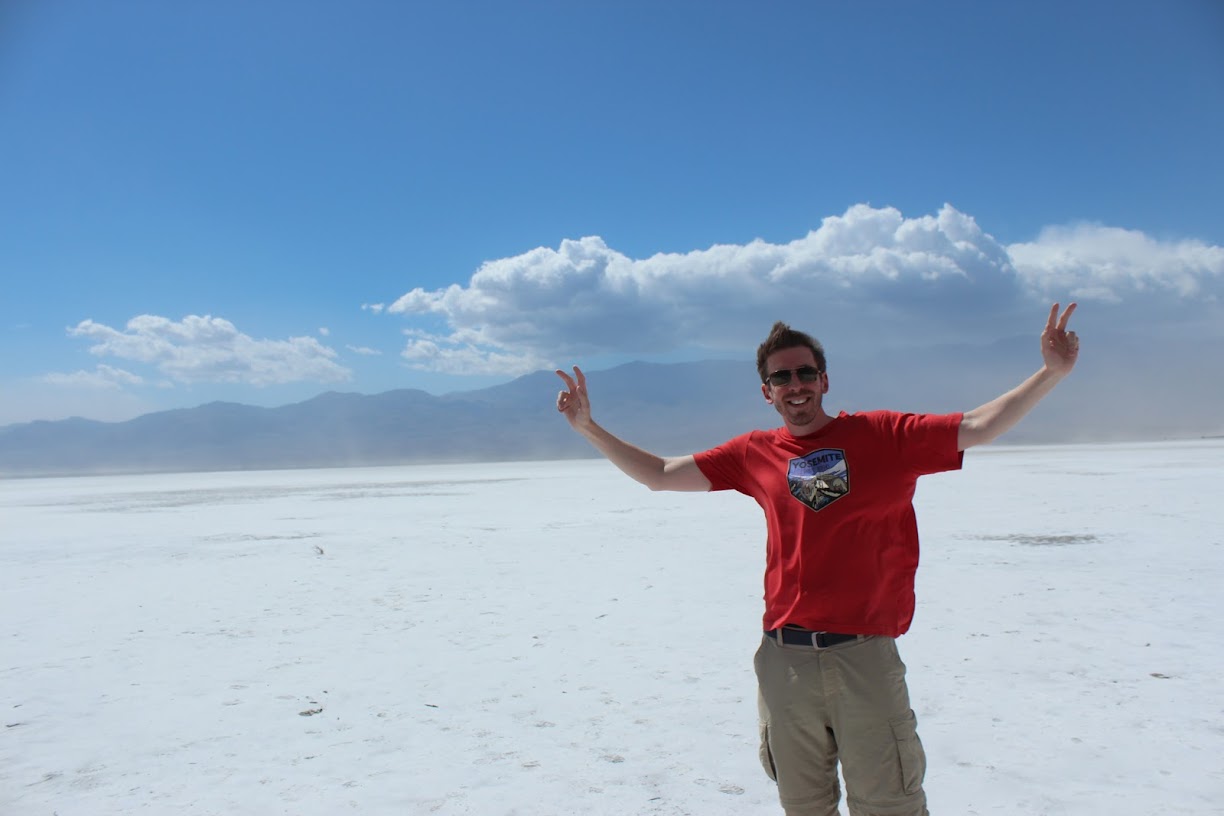 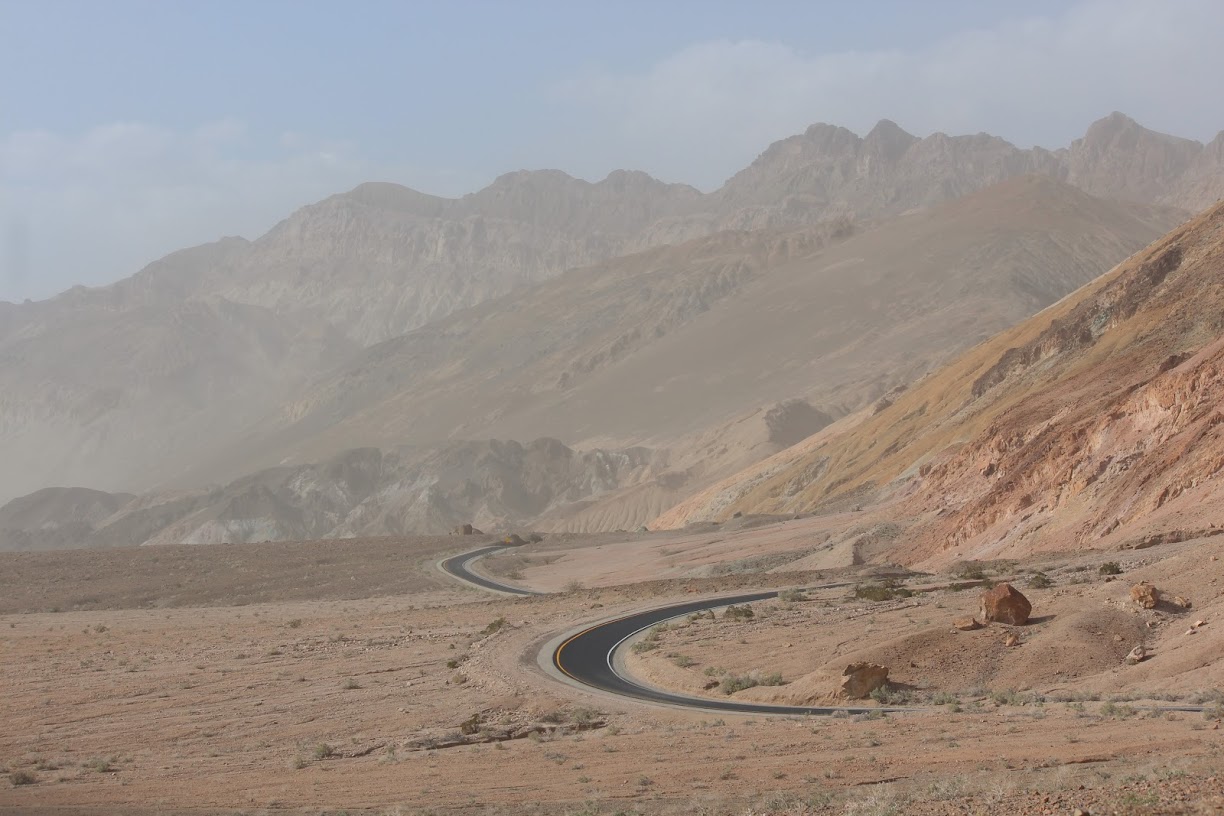 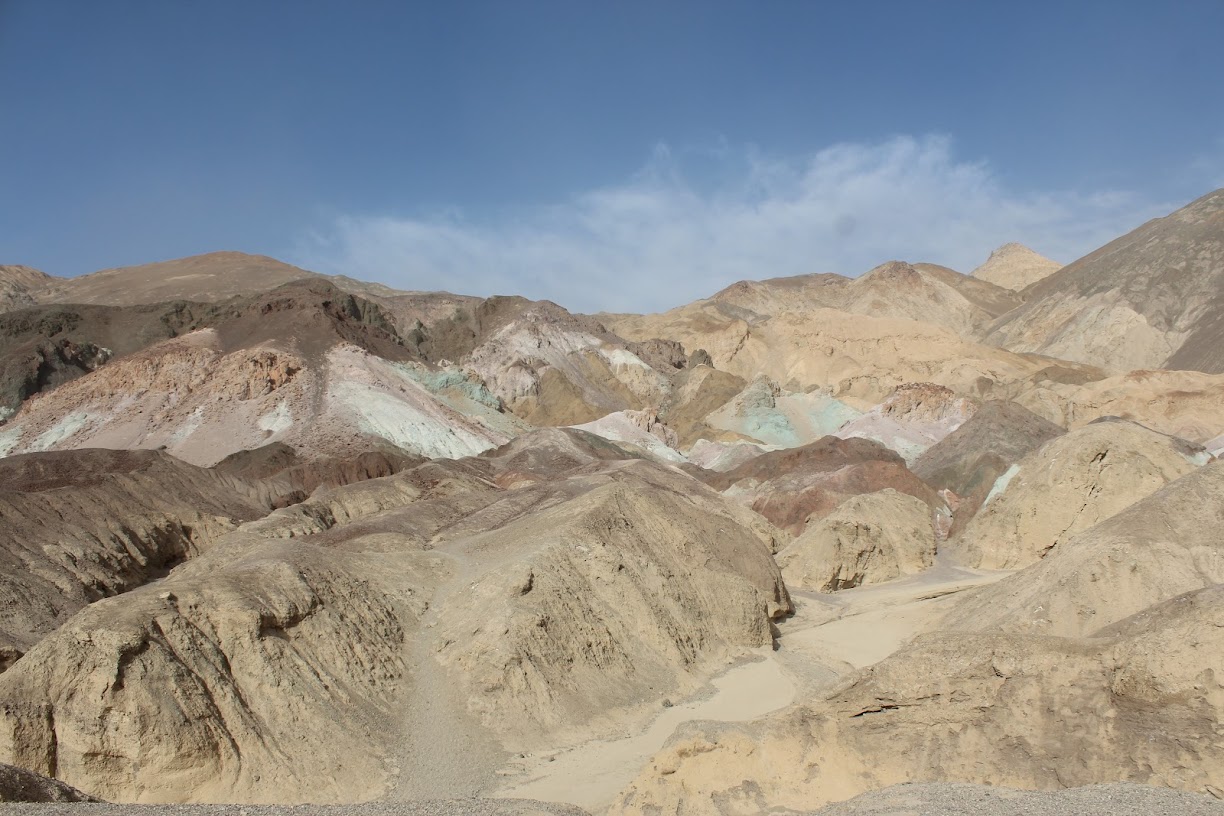