Although Herrwego has stopped traveling full time, we still aim to get out and explore each weekend. One of our early explorations this summer was a ride from Leesburg, VA to Purcellville, VA along the Washington and Old Dominion Trail.

The Washington and Old Dominion Trail (W&OD) is a 45-mile stretch of trail that crosses Loudoun, Fairfax, and Arlington counties. The trail follows the old Washington and Old Dominion railroad route. Being a rail trail means that the W&OD is relatively level and away from traffic. We have rode on portions of the trail in the past as parts of other local bike rides, but this was our first ride in Loudoun.

If you can’t access the W&OD Trail from your house, there are several parking lots.  We loaded our bikes into our car and drove to the Leesburg parking lot located behind the Douglass Community Center.

It didn’t take very long to leave the city of Leesburg behind. Soon we were in the countryside passing farms and old train stations. A few historic and educational markers were also along the trail. 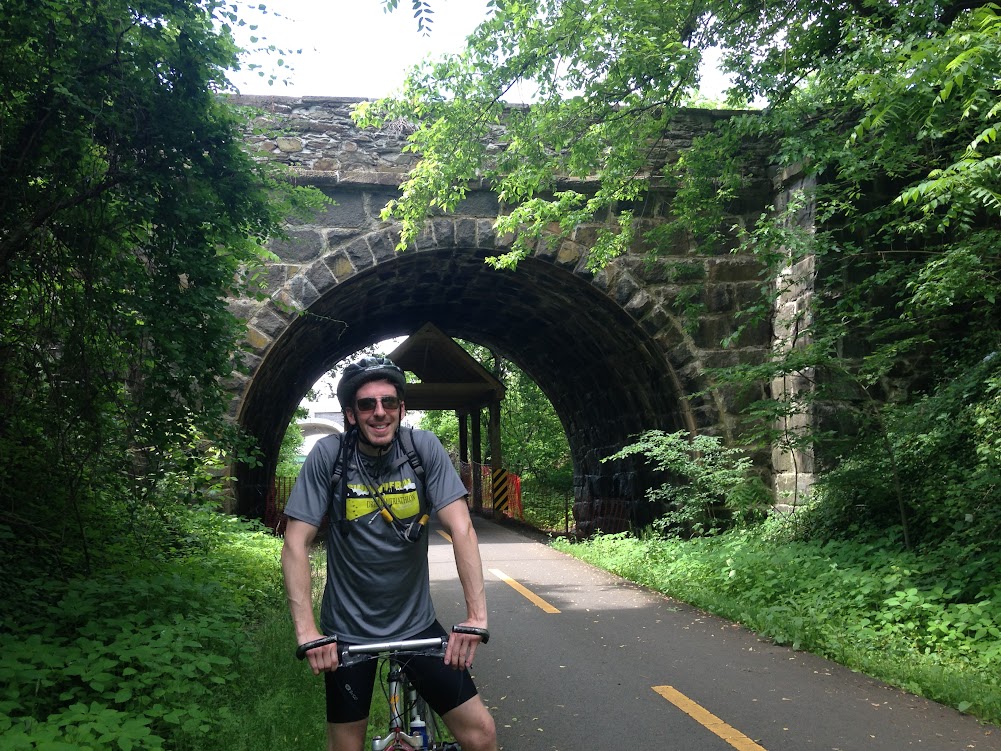 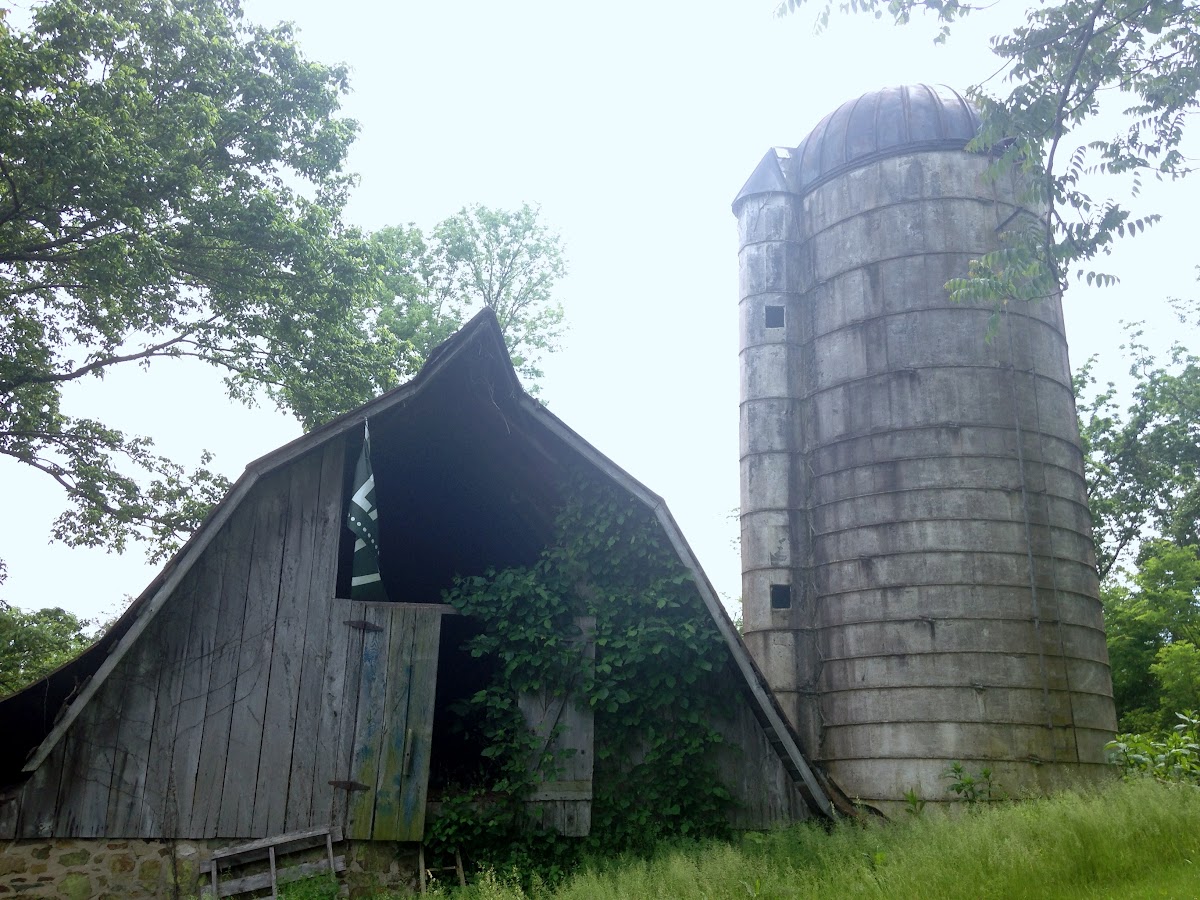 The ride was 10 miles to Purcellville. Purcellville has a nice downtown area feet from the W&OD. We stopped for lunch at Magnolias at the Mill located an old mill along the rail trail. Lunch was good, and although the restaurant was mostly serving smartly dressed bruchers, we weren’t the only sweaty bikers there. If you do want something more casual, you can head to Monk’s BBQ which is also not far from the trail. 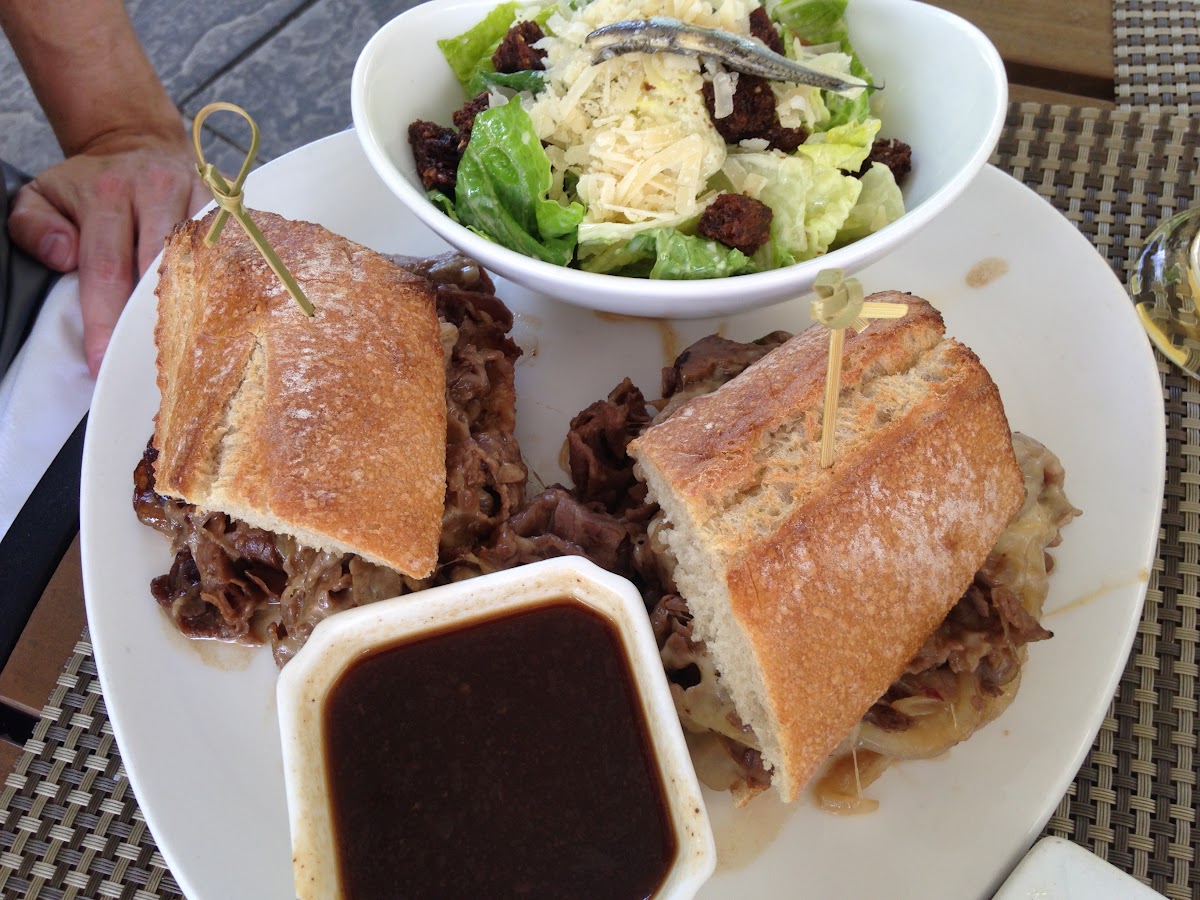 The return trip was even more pleasant because it was slightly downhill. For those who really want to take their time, several breweries are located not far from the W&OD. We passed signs for a few of them which also offered bike services such as water and air. Bikeable Brews provides a list of some of the possible stops. On other occasions we have visited Adroit Theory and Crooked Run. I highly recommend Adroit Theory, which has a large open tasting room, lots of beers on tap, and some of the most interesting and best brews we’ve had. Crooked Run Brewing is located at the Leesburg end of the trail, which makes it good for a post ride drink. The seating areas is small, but their peach habanero was great. 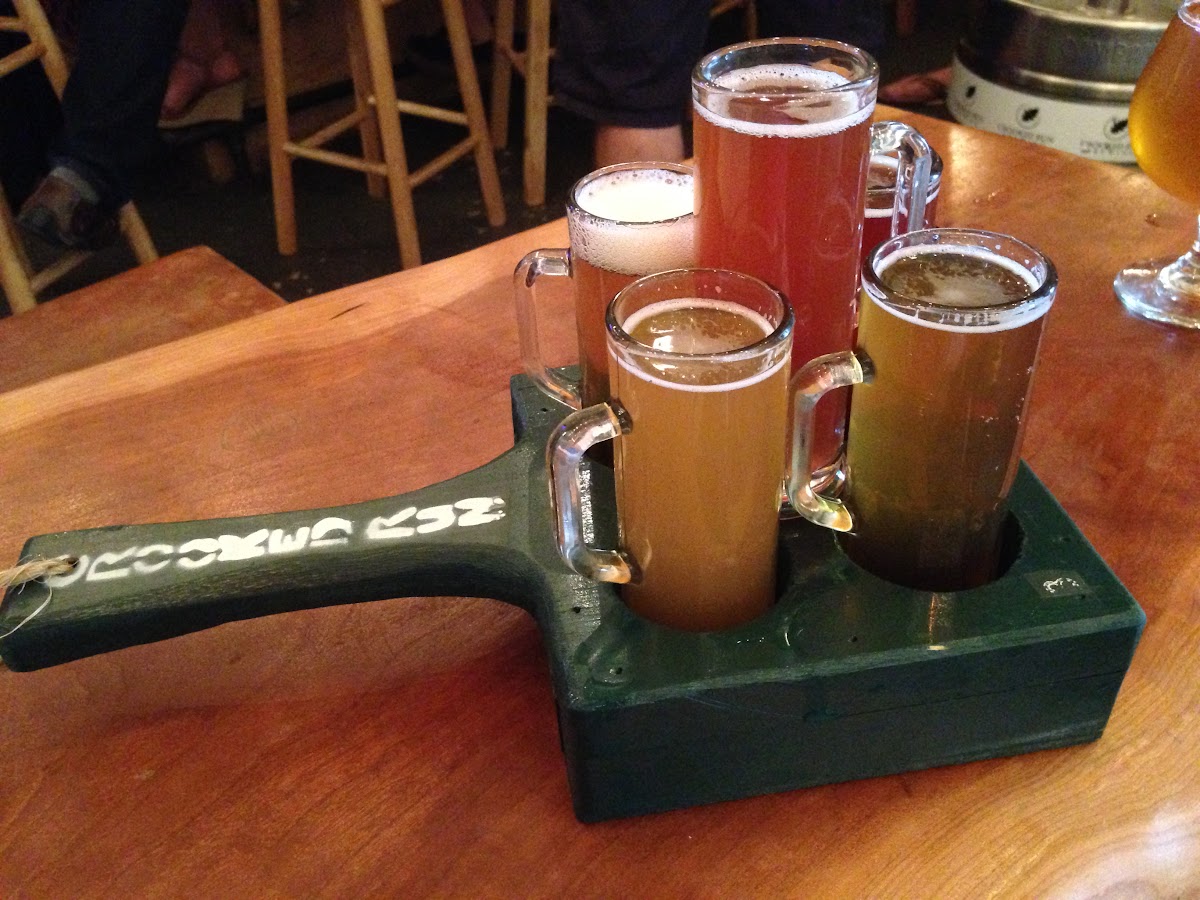 A flight of beers from Crooked Run Brewing 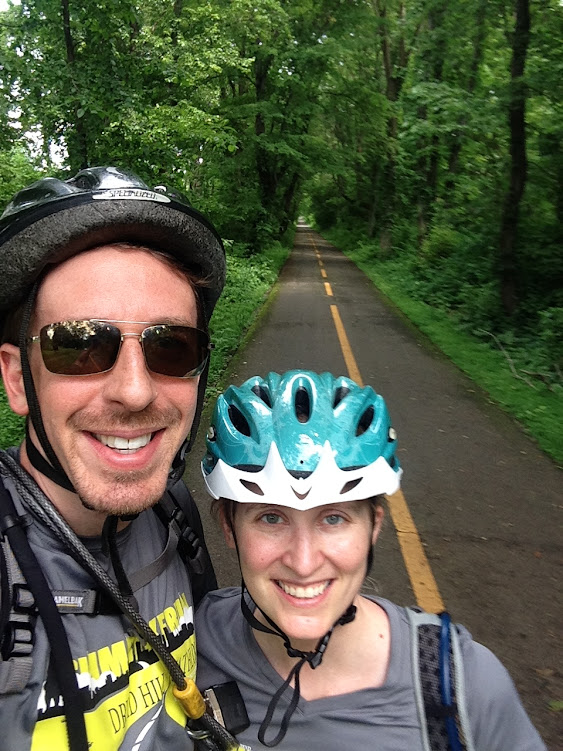 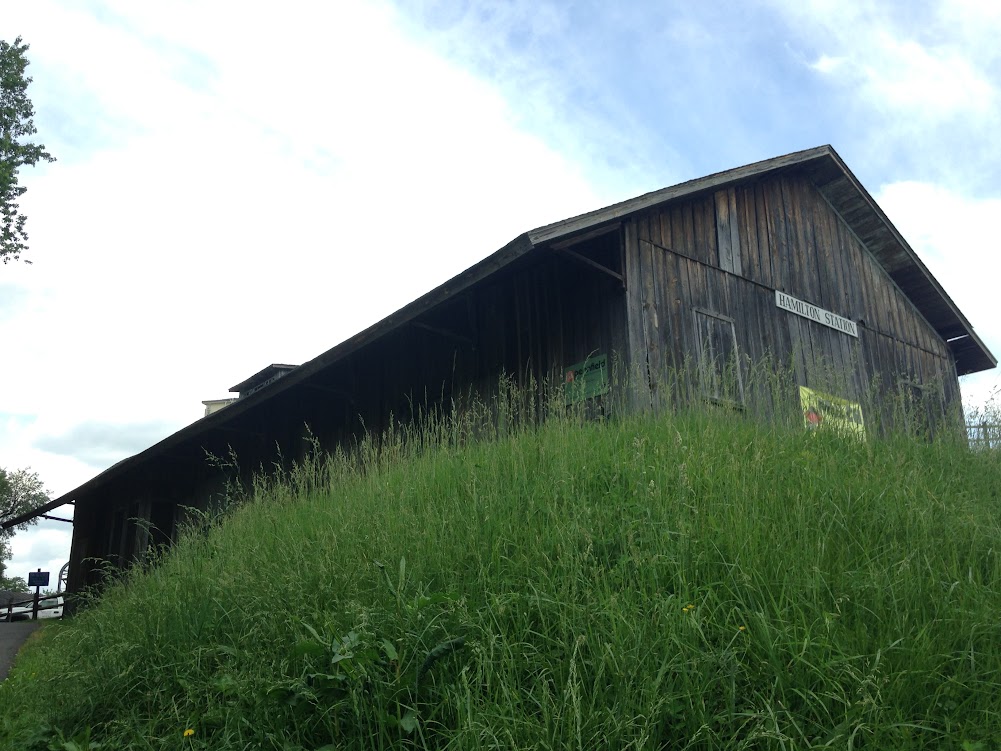 An old train station along the trail 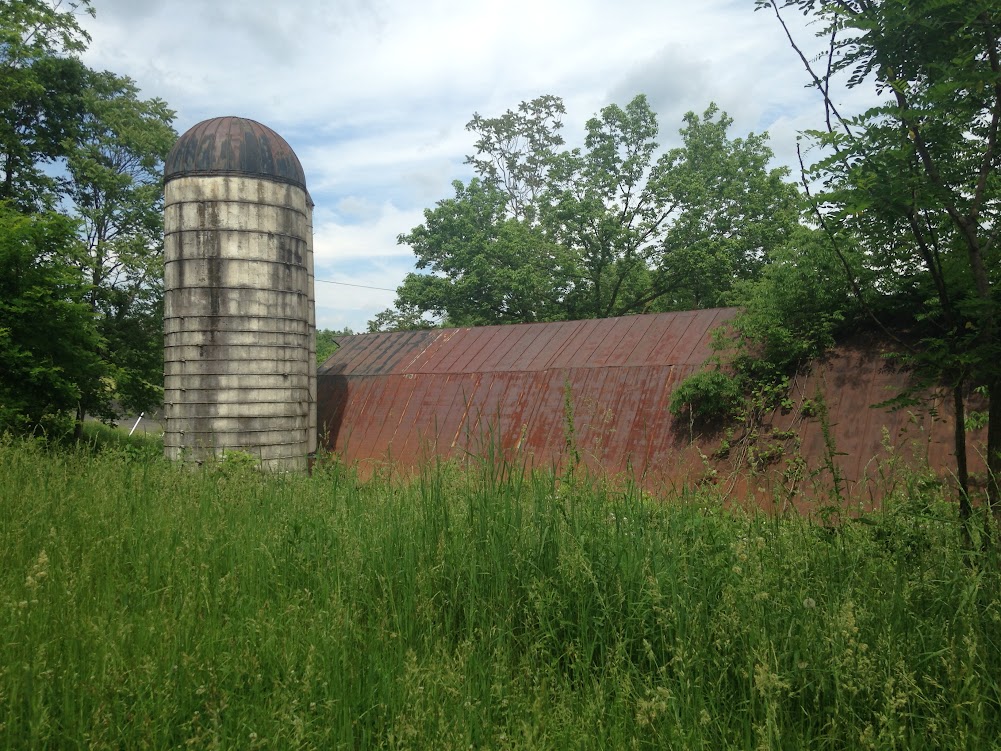 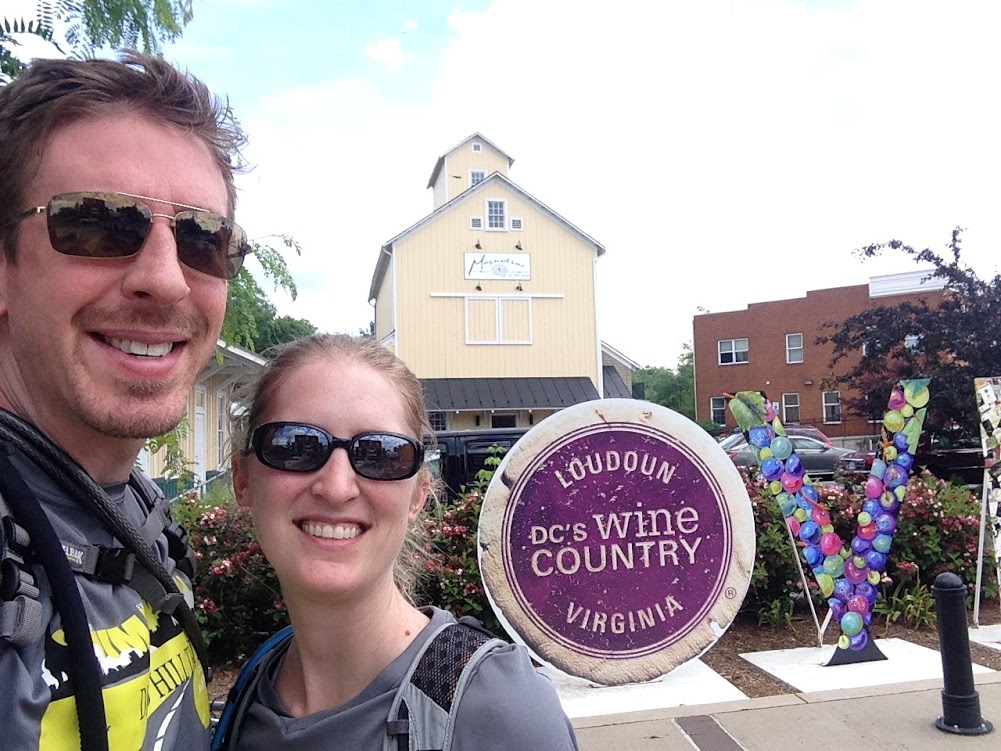