Alexis and Jon kindly worked my top 2 need-to-see cities into the same week, and while Paris was love at first sight, Amsterdam took longer to grow on me.

Our train ride from Paris was smooth. Despite the scenic countryside, I used the time to catch up on the last few days of Paris for the blog, and, like A & J, listen to some podcasts until we made it into Amsterdam Central station. 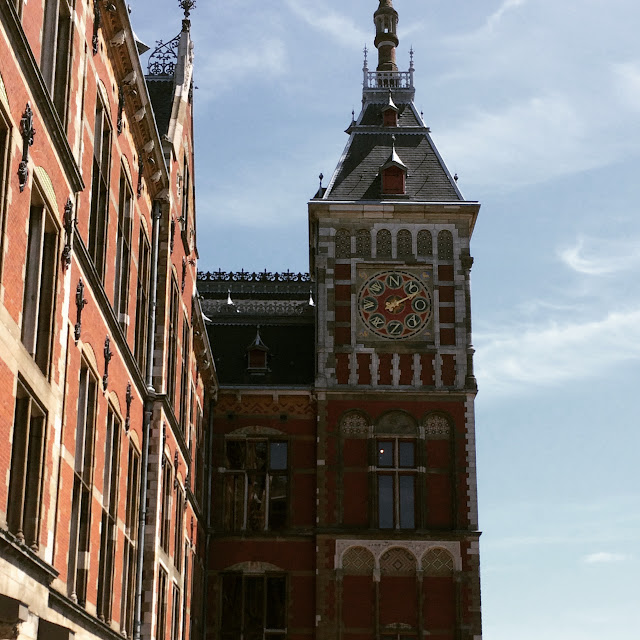 Central is an appropriate name because we would stop at it many times over the next few days as we either caught a bus to the new Airbnb apartment or jumped on a tram toward a desired section of town. This saved our tired feet because the apartment was within walking distance to downtown, and we did make the walk at least once a day to our studio apartment, with its simple Asian-inspired décor.

It was on this first walk from the apartment into town that we discovered the danger of touring a bicycle-heavy town. We took turns alerting each other just in the nick of time to jump out of the way of them! After about a day, the hyper-vigilance for bicyclists and motorcyclists from any direction and on any walkway became habit. 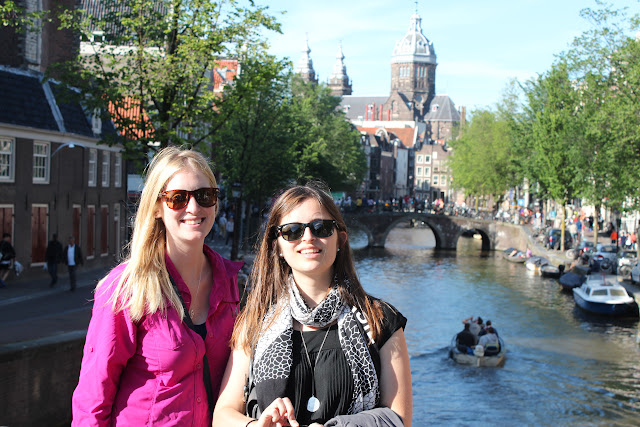 Having no definite plans except for an evening canal cruise, we popped into the first pretty church we saw, St. Nicholas’, and then turned down Warmoesstraat, a popular and highly-commercial road. Here we had our first chocolate covered waffle.

Warmoesstraat comes out to the Dam, which is the large, open square in Amsterdam. The Dam has a monument, cafés, street performers, Madame Tussaud’s, a museum, another church, and a lot of people. We turned down a few streets, again at random, looking for a restaurant, and eventually doubled back and settled on one. Jon ordered Heineken and a traditional hutspot (Dutch potato mash). Alexis and I enjoyed white beers and the view from the open-window table. Since we still had plenty of time, we walked all the way to where the canal cruise was to start and sat for a bit, watching private boats go by. How do I make friends with someone with a boat in Amsterdam? That looks to be a favorite pastime in Amsterdam, cruising the canals with friends.

Although our canal cruise left the dock at 8:20pm, it was still light out. See recommendations below regarding what we have learned about canal cruises. We listened to the English-Audio tour track as they motored us around the canals, out to the bay, and back. My favorite part of the canal cruise was seeing the variety of boathouses; many of them aren’t actual boats but rather 1-story homes atop a dock whose insides look like any other house! How much do those go for on Airbnb? 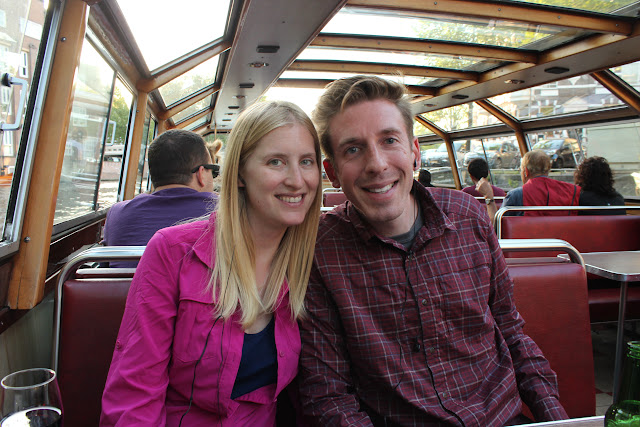 Finally dark by the end of the cruise and excited to be in Amsterdam, we continued to explore the city on foot. I’m sure you all know that Amsterdam is notorious for its after dark transformation. The Skinny and the Fat (alleyways) were packed with curious onlookers like ourselves.

Friday was Jon’s birthday! It was also the day that I started to warm up to Amsterdam. All thanks to the most lovely café: Gartine. We lucked out and got the best seat in the restaurant, a loft table overlooking the rest of the establishment. Chic designs and nice food presentation, Gartine serves a foamy latte and yummy sourdough with Leidse cheese, cumin, asparagus, and lettuce. For dessert, we split slices of their banana/rose petal special and their raspberry cheesecake.

To get to the Van Gogh museum, we had to first walk by the Rijksmuseum and the “I AMsterdam” sign. Being the hottest day of the trip, I had no hesitation in getting right in the public fountain and walk across it rather than go around. We passed a few more statues and made our way to the Van Gogh. 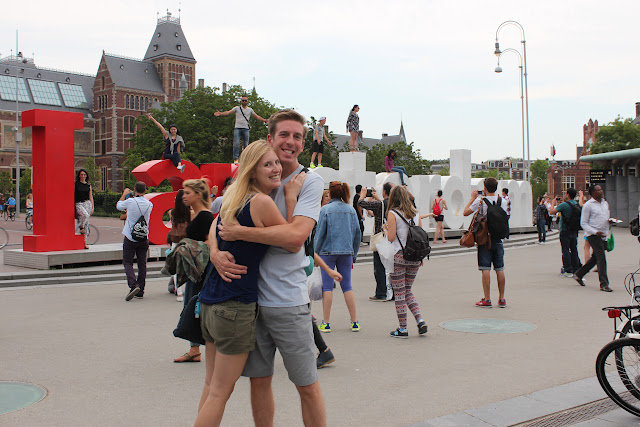 Unlike the other museums we visited, for this one, we splurged and bought the audioguide. The audioguide talks a lot about his life and what was going in it as he painted many of the pieces on display. I especially liked the little extras – like one of his actual palettes and one of the vases he used for a stilllife right next to that same stilllife – plus I appreciated whenever they mentioned his technique (it baffles me as I try to imitate his works on my own!). 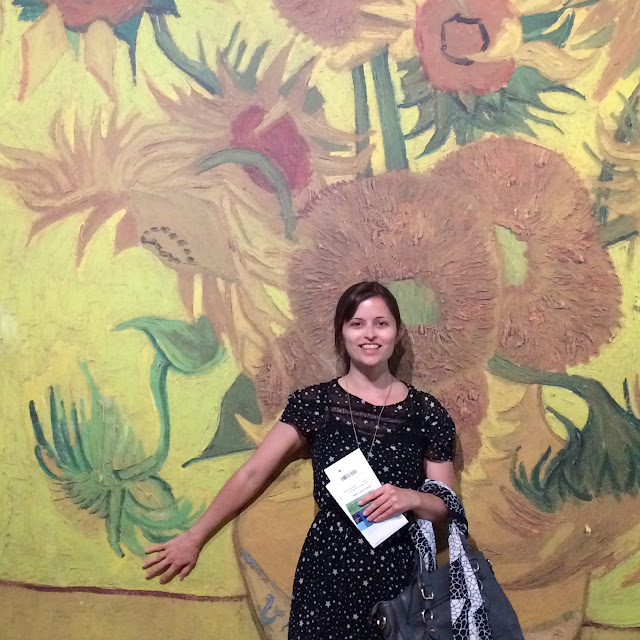 Outside again, we sat on the public fountain and watched as a few dogs entertained everyone. The first because he was so timid about going in or near the water. The second because he was so tiny but fearless about jumping right in and up to his snout to retrieve a ball. Unfortunately, the good weather did not last. We popped into a bar to escape the drizzle and sample Dutch bar food (aka fried cheese balls).

For Jon’s birthday dinner, we were seated at Haesje Claes. It is considered a historic restaurant in the city, and also is large enough to cater to the big tourist groups that come through Amsterdam. I selected Kir Vin Blanc and their vegetarian potato mash. When one of the waitresses overheard Alexis mention something about Jon’s birthday, we gladly took her up on her offer of a free dessert and singing. Who doesn’t love an embarrassing public display (other than the one being embarrassed)?! 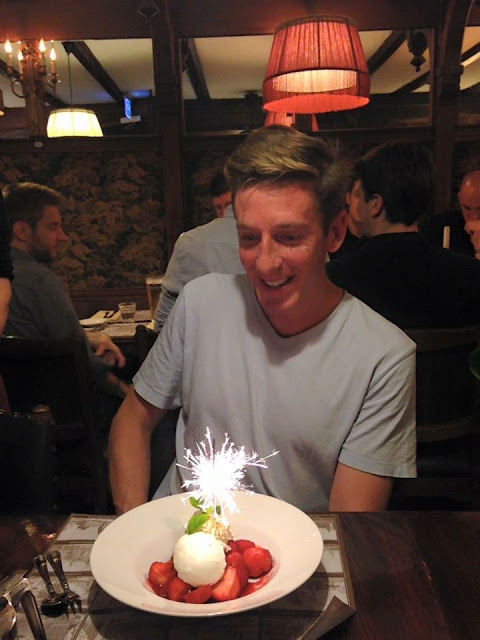 I’m not going to lie: I casually suggested we spend the night in, and luckily A & J were okay with that. We watched a movie on Netflix and then hit the hay.

Today, we had one goal: to rent bicycles and see the windmills. This plan was thwarted, however. First, we traveled all the way across the city only for our breakfast spot to be closed! (The random alternative we chose turned out to be okay though.) Second, when we finally got to Naandam, there were no bike rental places like all the online websites said there were. Sadly, when we stopped in a hotel to ask a concierge, she said bike rentals (wherever they were – if indeed they really did exist) were closed, and that we should have just taken the train a few stops farther to Koog-Zaandijk. From Koog-Zaandijk station, you can walk to several windmills.

We were well into the afternoon when we finally got to Koog-Zaandijk, but then luck did us a solid! A tiny pop-up bike rental place had literally parked itself (it being the back of a truck) outside the train station. Even though time was limited, I am so very glad we went for it and rented the bikes!

It was hard not to stop every few yards to take photos, but once across the bridge, we rode past the first several windmills. They’re beautiful, but there are too many tourists milling about the mills! We rode on! We biked a combination of bike trail and busy road to get to the next town. We kept pushing farther, not 100% sure, but then, yes, finally, we came to another windmill! 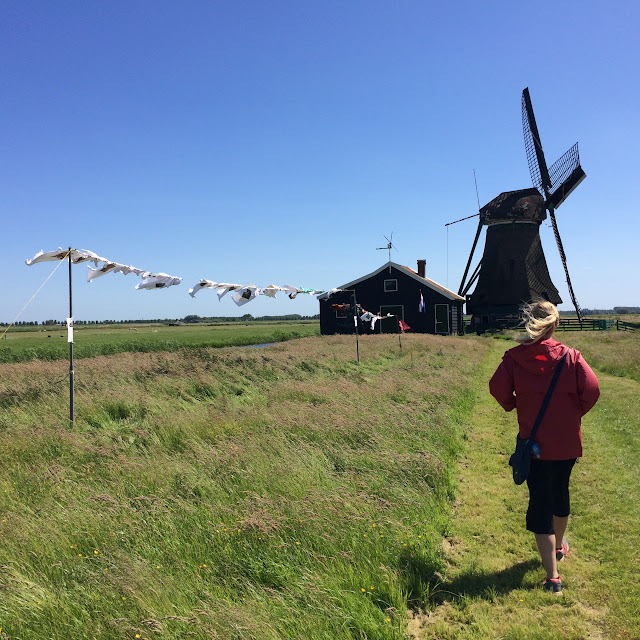 This windmill was called De Koker. We parked our bikes and approached. The closer you get, the larger and scarier those big blades become. Against all logic, you would swear that they would come down and crush you! They didn’t, but it was mighty close for comfort. With almost no one else there, I climbed up in the windmill (hey, I didn’t see any signs in English saying otherwise). 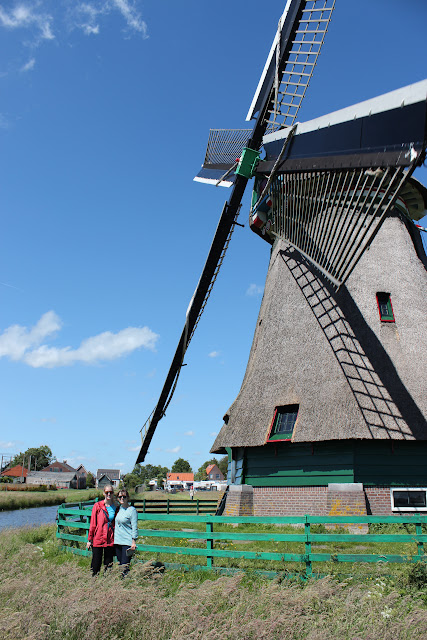 On the bike ride back, we took a little more time for photos. The fields themselves are beautiful – Dutch residents had Van Gogh cypress trees and Monet canal bridges right in the backyards of their cute little houses! Plus, the countryside smells just like chocolate beer. You heard me right, chocolate beer. 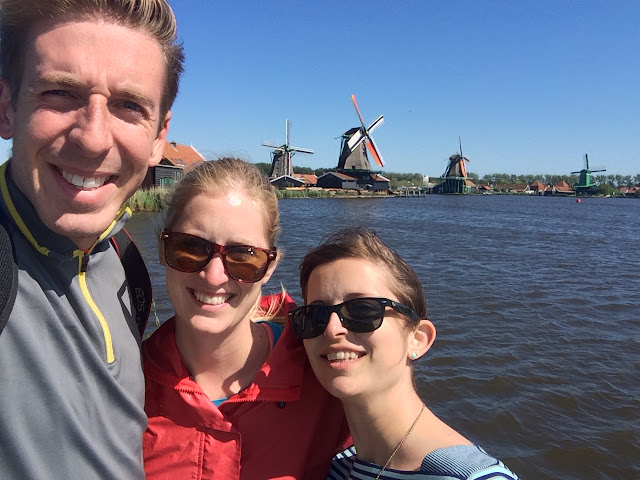 We also had just enough time to pop into the Cheese shop. The three of us partook in a number of cheese samples with flavors such as red pesto, green pesto, and lavender.

We stopped back at the apartment to shower and change out of our riding clothes. Well, with my limited cold-weather wardrobe, I put on the same clothes plus a cardigan, plus a shawl. The sunglasses made the outfit work, I think(?).

We were all pretty hangry by the time we got to dinner. But dinner helped raise our spirits as it was an Ethiopian/Eritrean restaurant, Azmarino. We loved our fruity ‘exotic’ beers, coconut (me), mango (A), banana (J) (Mongozo is the brand, FYI). A and J each ordered a meat dish, naturally, and I chose a combo vegetarian option in order to try both Yaterwot and Doeba. 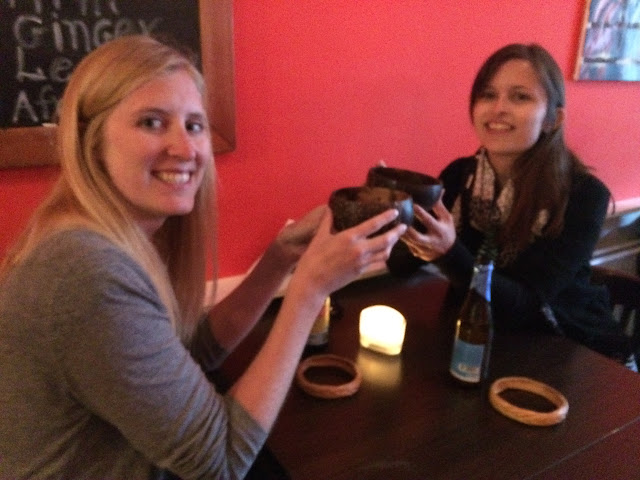 We enjoyed every last morsel and left in search of traditional dutch apple pie and waffle. Not so easy to find at night it turns out. As Alexis pointed out, whenever you don’t want a certain place, you’ll pass a ton of them, and whenever you do want that place, they are no where to be found. We sidetracked briefly to walk past the Anne Frank House. At long last, we got our pie and waffle, which were only adequate in comparison to that first chocolaty piece of heaven we ate on the first day. Like the previous night, we settled in for another comedy on Netflix.

This was also my last day in Europe. Although A and J were spending a few more days in Amsterdam, they too had to pack their bags (in order to change apartments). So the three of us lugged our luggage onto bus and tram in order to seek out a pancake breakfast. The place that had been closed the day before was now packed. As we were short on time, it was super lucky to find not only another pancake place but also one with quick service! Jon ate an apple cinnamon, Alexis had Hawaiian, and I chose spinach goat-cheese. 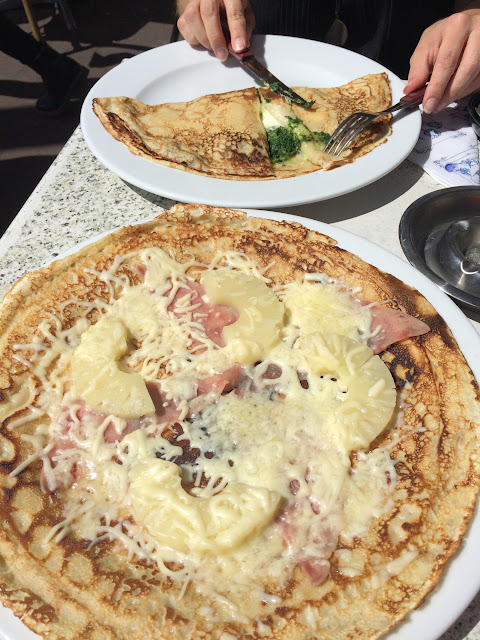 After breakfast, it was rush rush rush to get to the airport. Won’t bore you all with the details – save one: France did not stamp my passport on my way into Europe, and Netherlands was none too pleased! Haha! 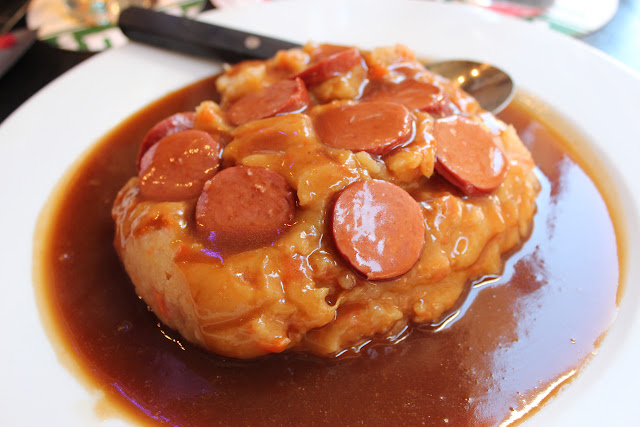 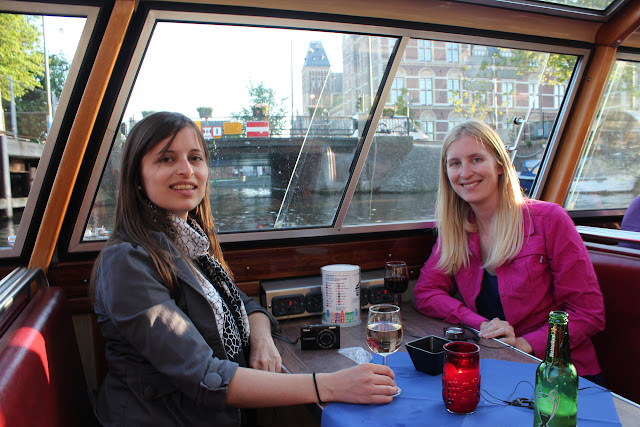 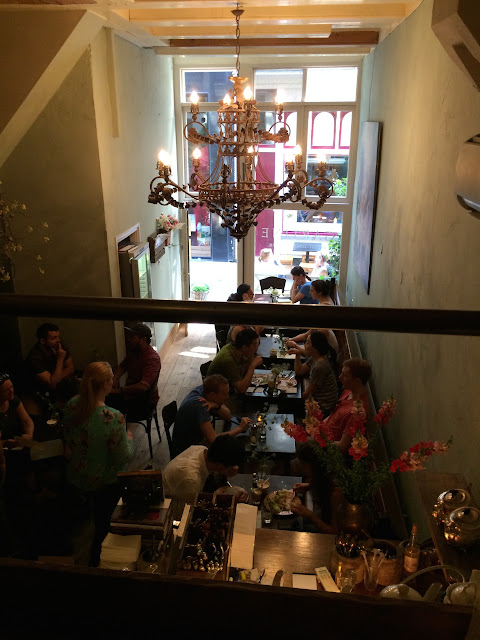 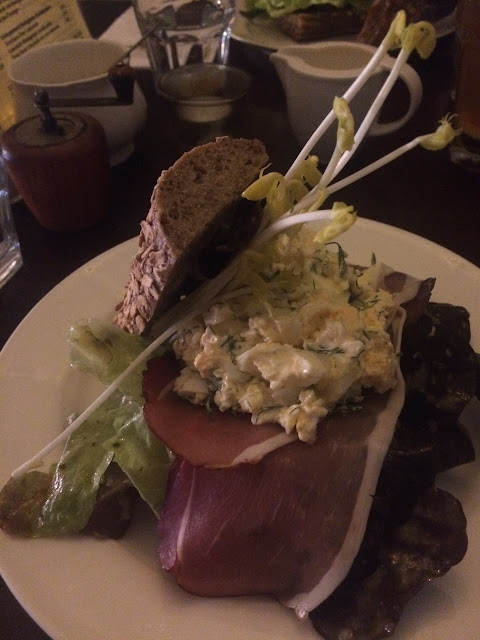 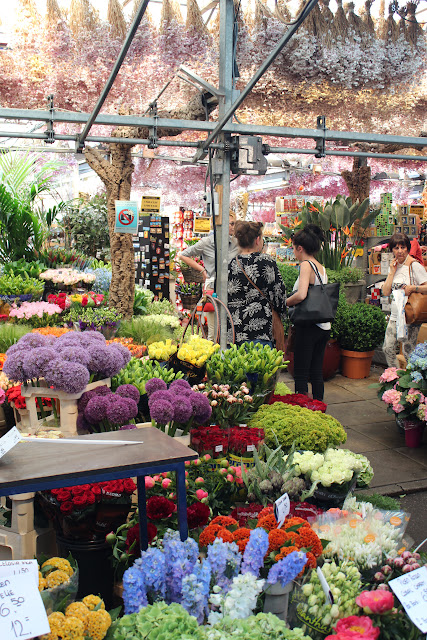 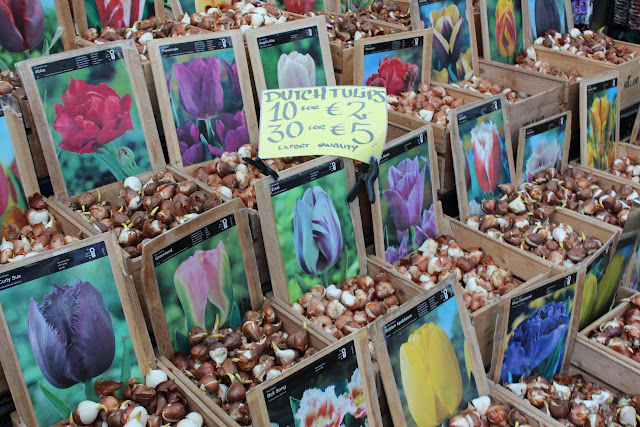 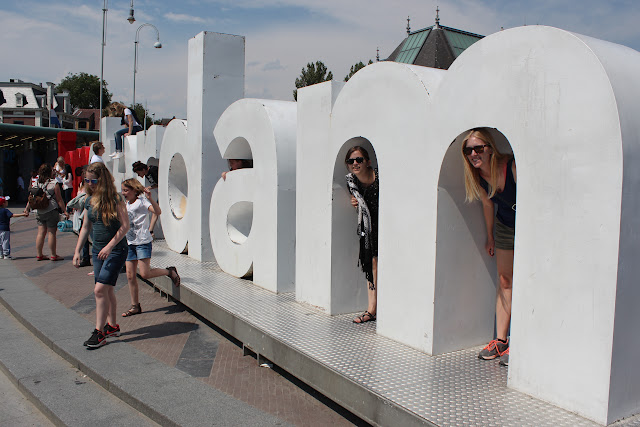 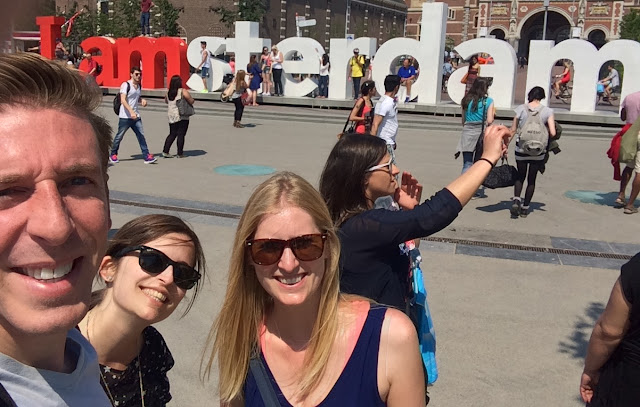 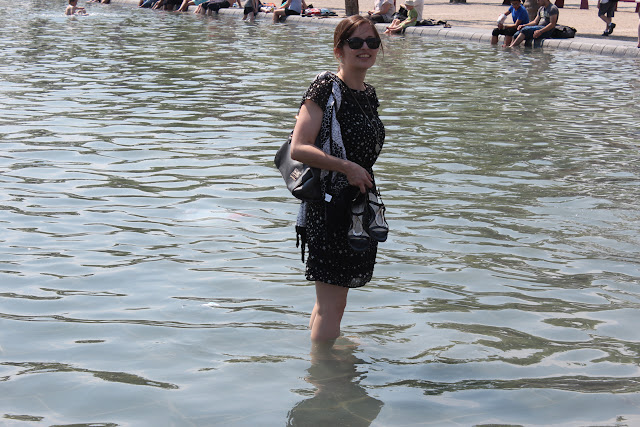 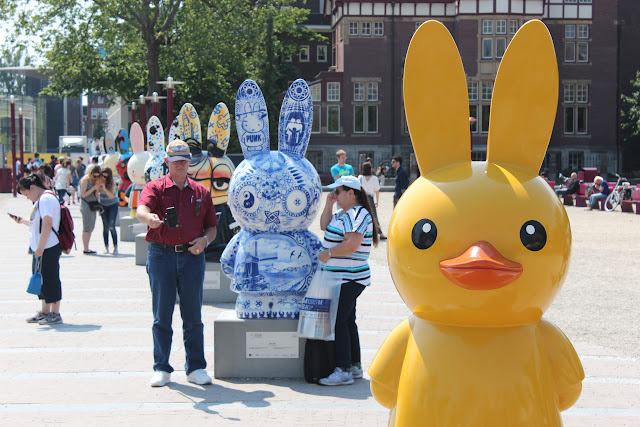 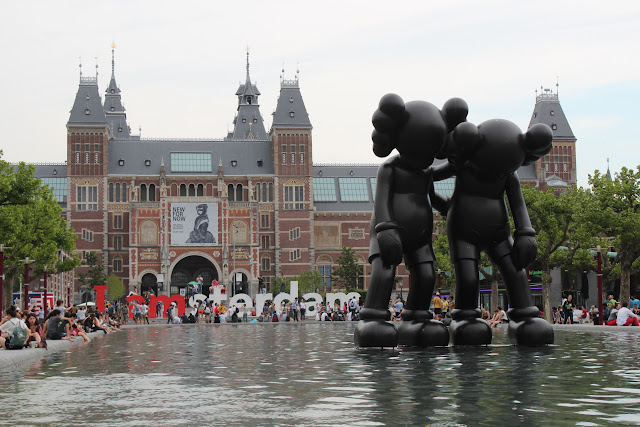 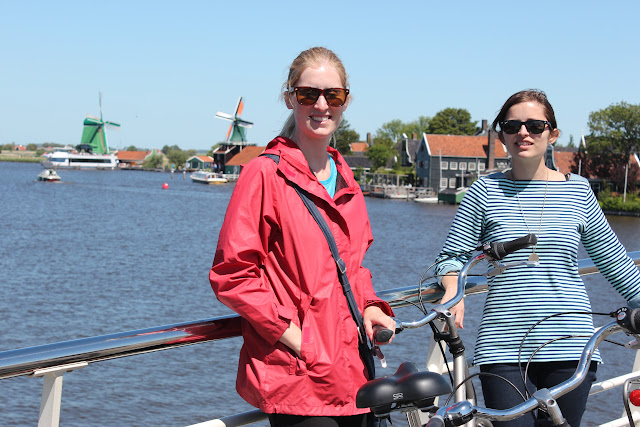 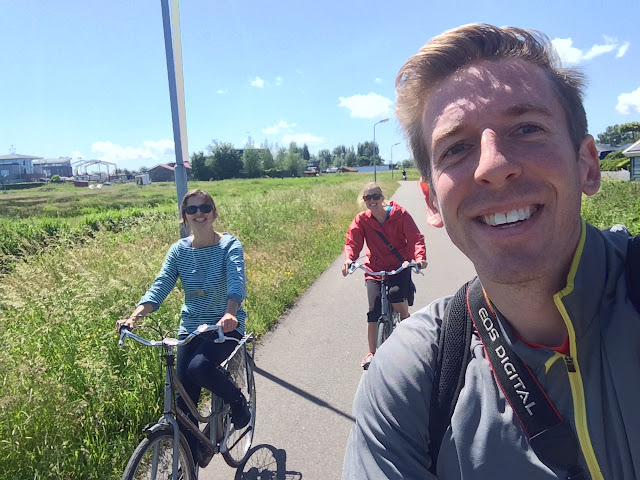 Selfie on the GO 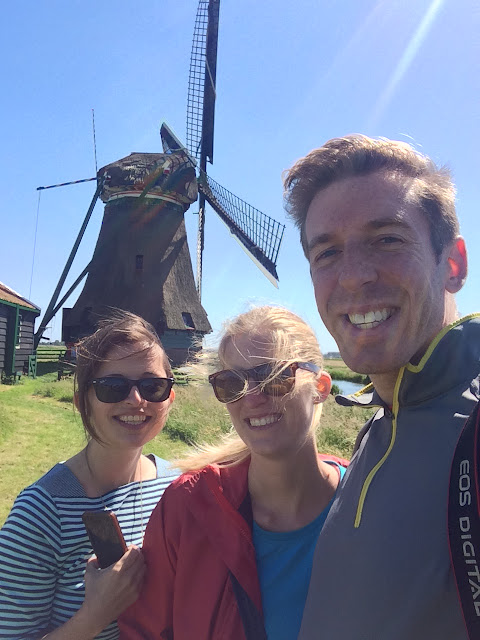 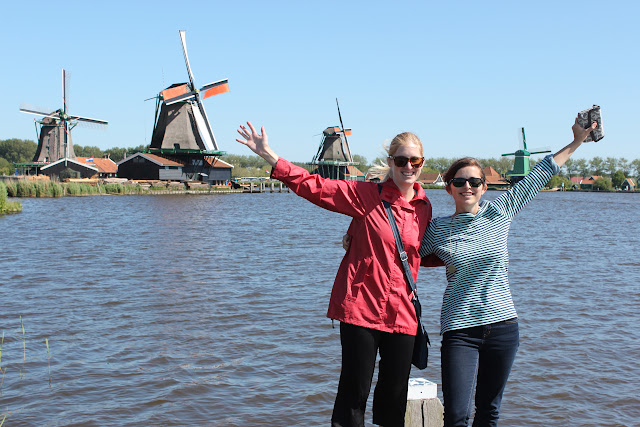 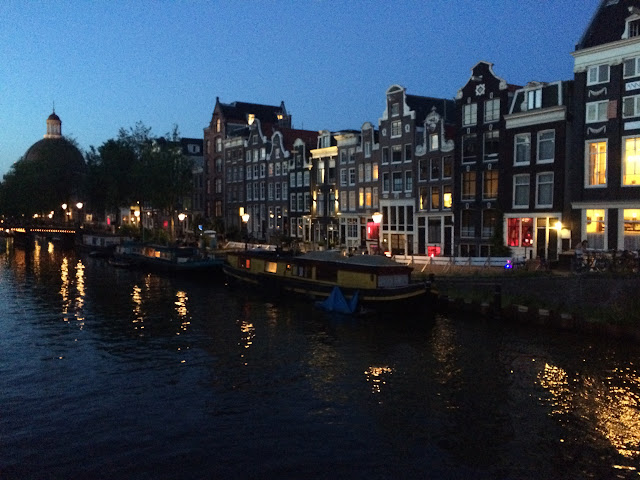 One thought on “Amsterdam, Netherlands – Part 1”