We had been looking forward to the drive through New Zealand a lot because New Zealand is known for its great landscapes. Unfortunately, it was overcast at the best times of the day, and rainy with bad visibility at the worst times. In March it is New Zealand’s autumn and early in the drive we could see some rolling yellow hills with green trees on them.

We left Rotorua for Wellington, which is about a 6 hour drive. We passed Lake Taupo, the largest lake in New Zealand, stopping for a picture at a viewpoint. 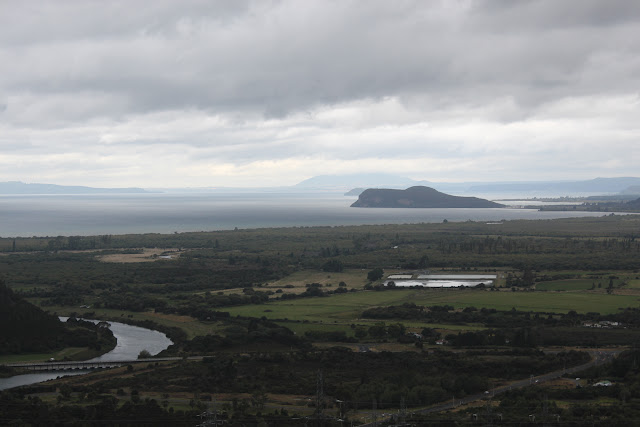 Halfway to Wellington is Tongariro National Park. Tongariro is home to several notable hikes including the Great Walk’s Northern Circuit hike and the Alpine Crossing hike. Tongariro is also home to Mount Ruapehu volcano, which was used as Mt. Doom in the Lord of the Rings movies and areas of the park are considered Mordor. We knew we didn’t have time for the large hikes, but we had been hoping to be able to do a small hike though Mordor. A few which we had read about included the Skyline View (2 hours) and the Meads Wall Walk (0.5 hours). Both of these hikes start at the Whakapapa ski area and use the chairlift to get the hiker to the starting point. When we got close to the park it was raining heavier than it had all day. There were very low clouds and no visibility of the park’s famous volcanoes. We stopped in the visitors center and the ranger there confirmed that the chairlift wasn’t running and that there was zero visibility of the volcanoes from the ski area with the current weather. She did suggest one short hike at the bottom of the park in ‘the bush’ so there might be some shelter from the rain. We thanked her, but decided that it wasn’t worth risking our health in the rain. It was very disappointing not to even see Mt. Doom from the road as we left.

A few hours later, as we got closer to Wellington, the rain cleared up. At one point about 2 hours from Wellington we saw a sign for a scenic highway and took a detour to enjoy the bit of landscape that we could. We saw a map and realized that the scenic highway would add too much time to our journey, but we did enjoy the first 8km. If we had more time, the scenic highway seemed much more interesting than the main roads. 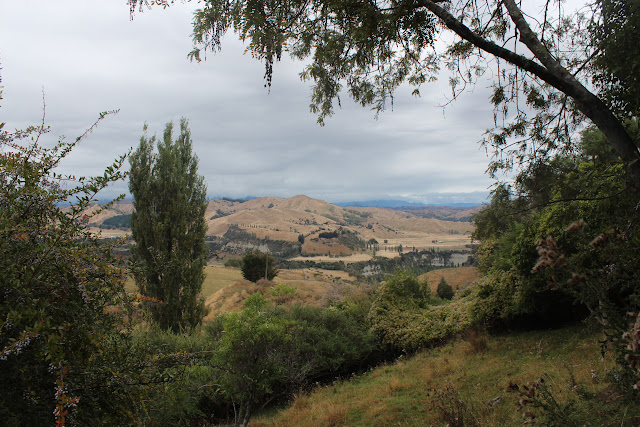 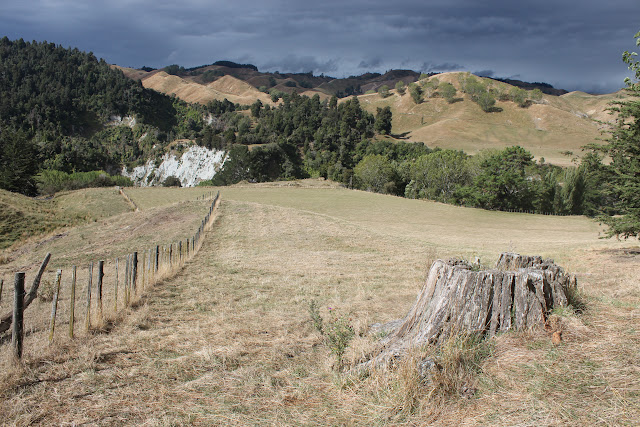 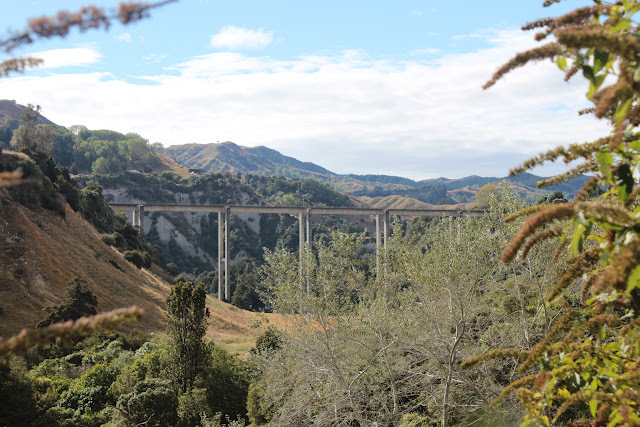 Around 7pm we arrived in Wellington. We found our hotel easily. The front desk recommended that we walk to Courtney Place for dinner. Courtney Place definitely seemed like the popular place to be in Wellington on a Friday night. The restaurants, bars, and streets were crowded with a young energetic crowd. We enjoyed strolling to the end of the street, but came back to eat at Chow, an Asian fusion restaurant that serves small tapas-like plates. (Yes, we were also surprised that after 2 months in Asia we chose an Asian restaurant). The meal was good. Our favorites were the 5 spice chicken curry and the blue cheese filled dumplings. When we left the restaurant, Courtney Place was still crowded and vibrant, but we went to the hotel and indulged in some American television. 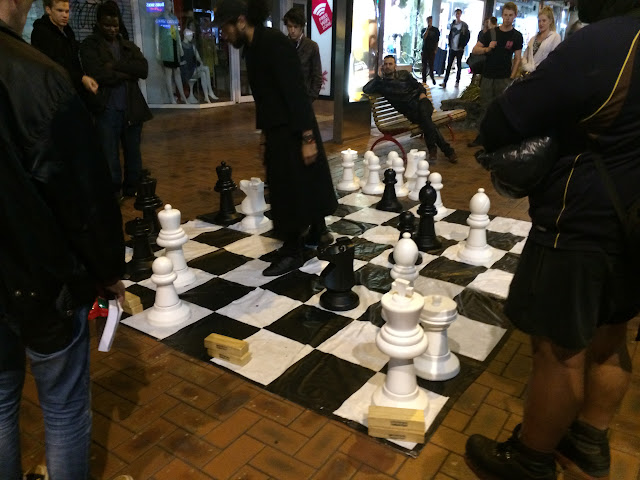 We continued indulging ourselves by sleeping in in the morning. For breakfast we headed back to Courtney Place. The population of Wellington still seemed mostly youthful and energetic. Not as many restaurants were open for breakfast, but we passed a few with a crowd. We finally settled on Sweet Mother’s Kitchen, which was Cajan and offered items like beignets.

Before leaving for the airport, we wanted to do at least one activity in Wellington, so we drove to the Mt. Victoria lookout. The view of the city was pretty, but seeing the water peaking in and out between mountains on all sides of the city was really beautiful. 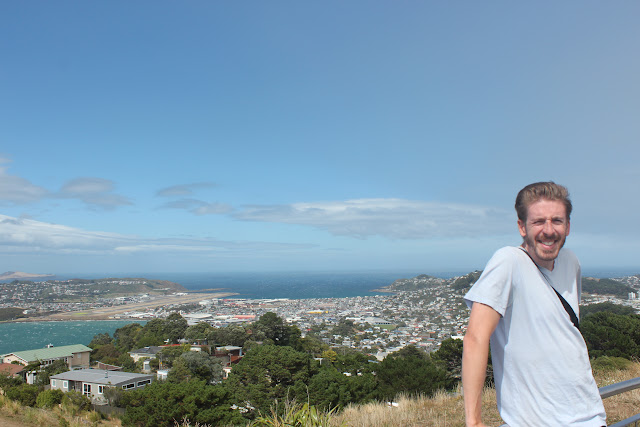 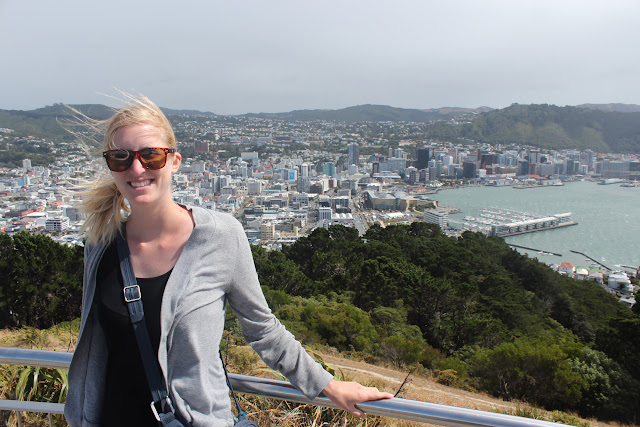 We had a flight at 2:45pm to Queenstown, which is on the south island. Getting to the Wellington airport was easy. As we entered the airport we were greeted by a life-sized Smaug who opened and closed his eyes. The rest of the airport had other Lord of the Rings themed displays that were very impressive considering the small size of the airport. By 2pm clouds had rolled in and the airport was engulfed by rain, Luckily the rain didn’t cause any flight delays and we left on schedule. 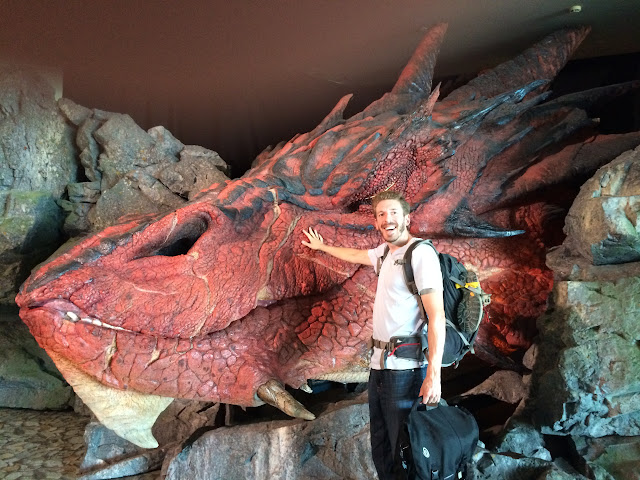 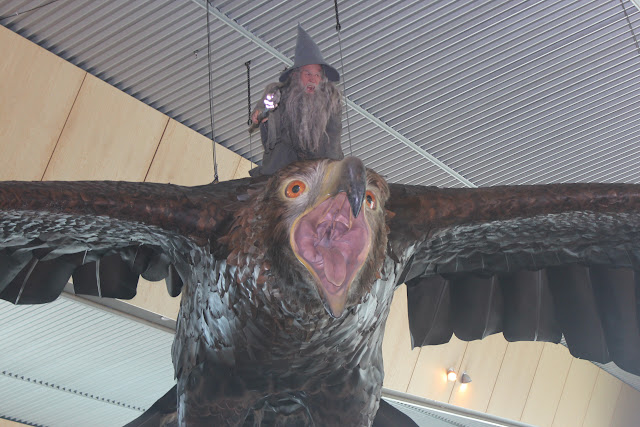 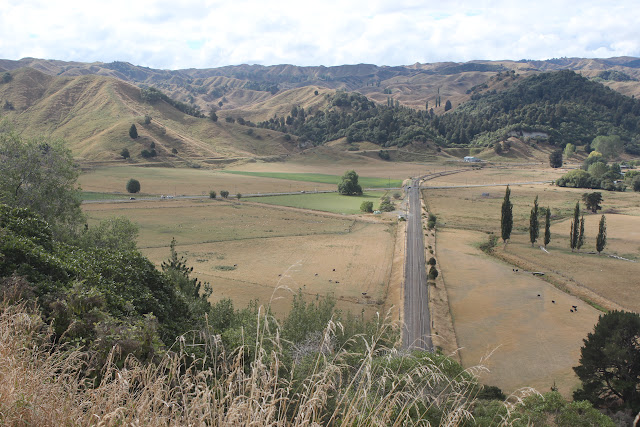 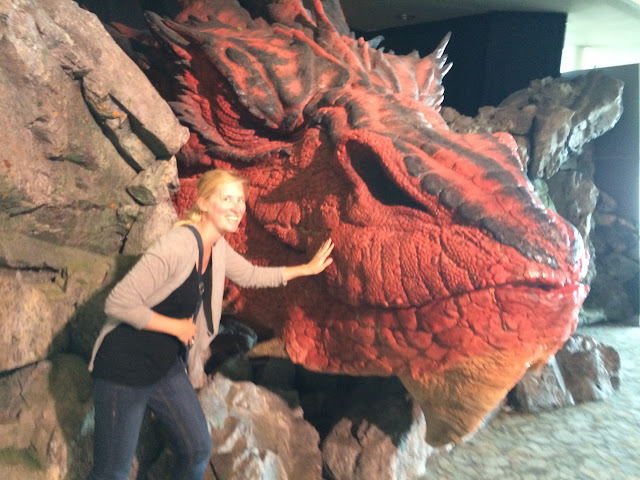 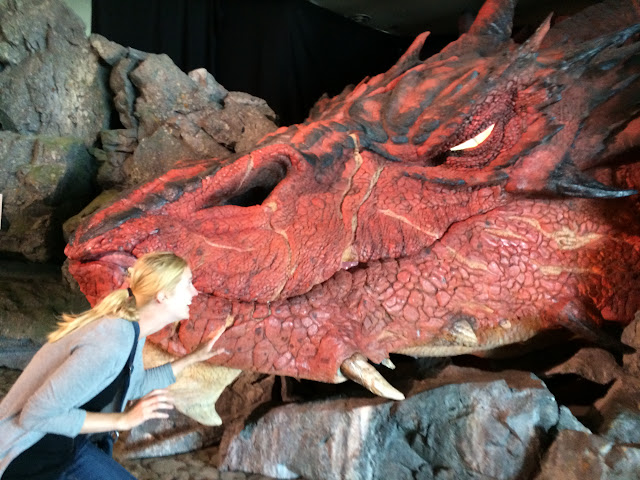 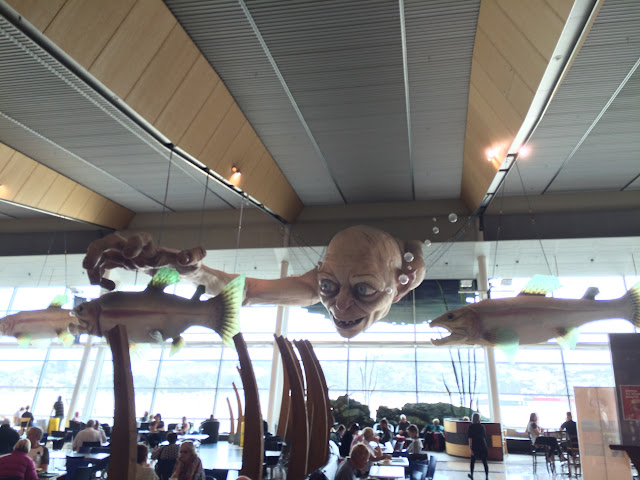