For us, Charleston was only a quick stop; however, we got to experience the beautiful southern charm of the city and some absolutely delicious soul food.

Jon and I arrived in Charleston after sunset on Sunday evening. Using Trip Adviser and Yelp, we decided to drive to the King Charles Inn and ask for a room. Unfortunately we arrived 20 minutes too late for the hotel’s complementary manager’s wine hour. The hotel was very nice; one of the nicest of the trip. The front desk was extremely helpful and gave us lots of suggestions for dinner restaurants and walking routes around town.

Even though it was dark, we decided to stroll through the historic area of Charleston. Likely because it was a Sunday night following a holiday weekend, the city was mostly deserted (a waitress later confirmed that even for a Sunday business was slow). We walked down Market Street and to Waterfront Park. Waterfront Park overlooks the Charleston Harbor off of the Atlantic Ocean and has several splash fountains in it. The park also has pavilions with porch swings and chess tables. 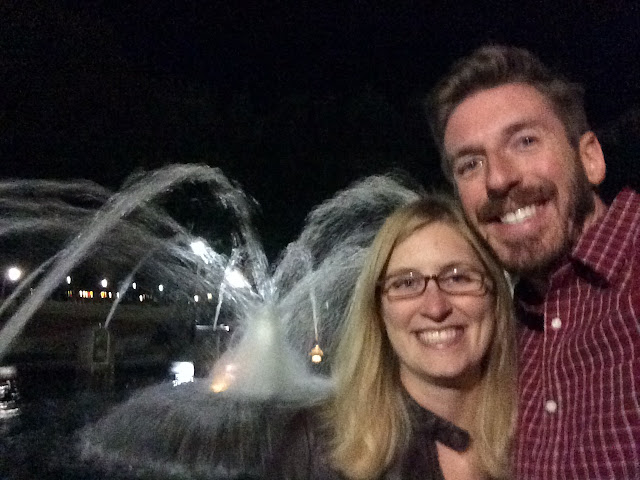 After walking around the city more and looking at a lot of restaurant menus, we decided to go to Jestine’s Kitchen which the hotel had recommended. Charleston had lots of really great looking food options, but some places were pricey. A lot of other places seemed more beer-centric or barbecue, which we didn’t feel like even though it is a ‘must try’ in Charleston. Once we were at Jestine’s, it was a pleasant surprise to read that it had been featured on the television show No Reservations. The story of Jestine was also interesting, as she lived to be 112. I ordered the Sunday night pot roast with potatoes and carrots and two sides, green beans and mac’n cheese. Jon had fried chicken with stewed okra and collared greens. Before ordering, I told Jon I wasn’t hungry and was only going to eat half of my meal. The food was amazing homecooked, soul food and I lost all self control not to eat the entire meal right away. 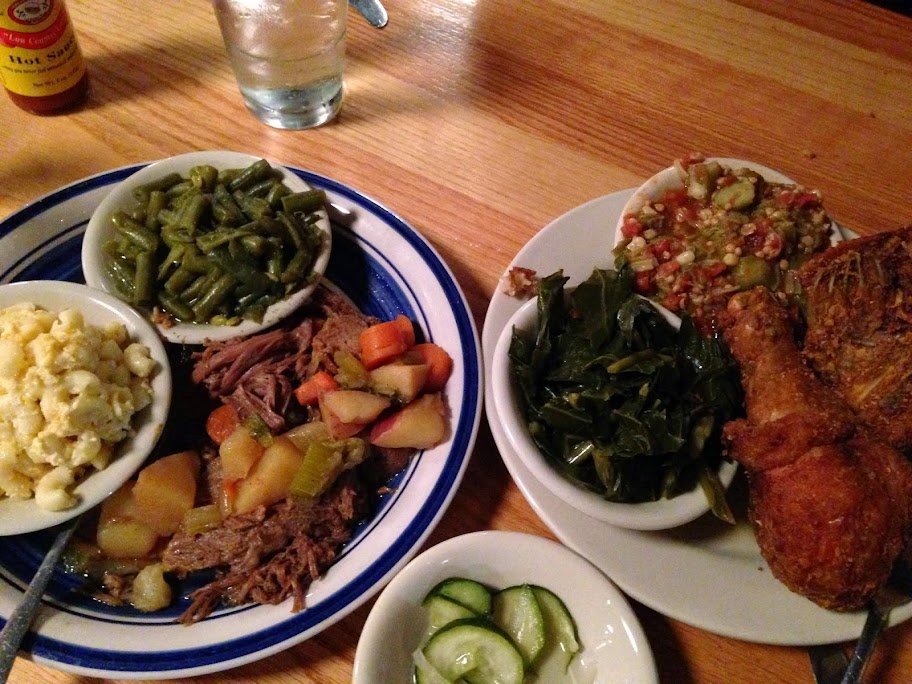 The next morning we hit the streets of Charleston. Our first stop was the Historic City Market. We expected the market to be a food market full of produce and baked goods, but we were wrong. The market is mostly an open air building with big wooden tables that craft venders use to sell handwoven baskets, jewelry, and other goods. Since our plan to eat breakfast in the market was ruined, we walked back to Waterfront Park. We then decided to work our way towards Battery Park and stop for brunch on the way. Using Yelp we found the brunch restaurant Eli’s Table, where we sat outside on a nice patio. By ‘checking-in’ on Yelp we were able to get a free appetizer of fried green tomatoes served with pimiento cheese. The appetizer was amazing, but it also was the high point of our meal. Jon had Low-country Eggs Benedict, which was served with fried oysters, and I had chicken and biscuits. Both were very good, but didn’t live up to the deliciousness of the appetizer or our meal the previous night. 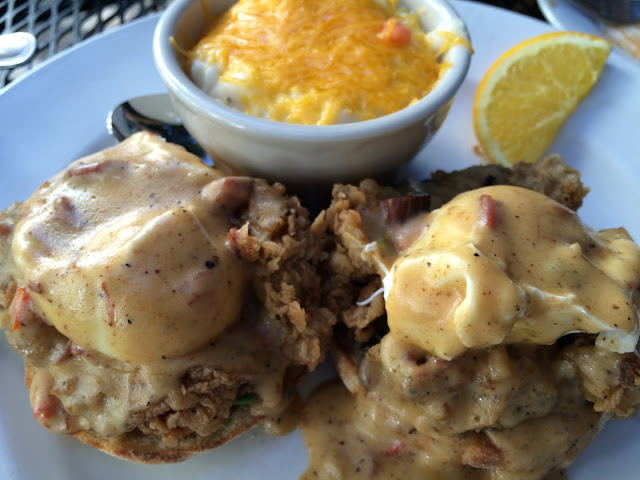 We finished our walk to Battery Park where we found a small but nice green park with a harbor view. In the distance we could see Fort Sumter. The streets around Battery Park (Meeting Street and King Street) were full of beautiful Victorian houses and stoked in southern charm. Most houses had ivy covered walls with iron gates enclosing shady manicured lawns adored with fountains and statues. If I return to Charleston, I’d love to find a garden tour to take. 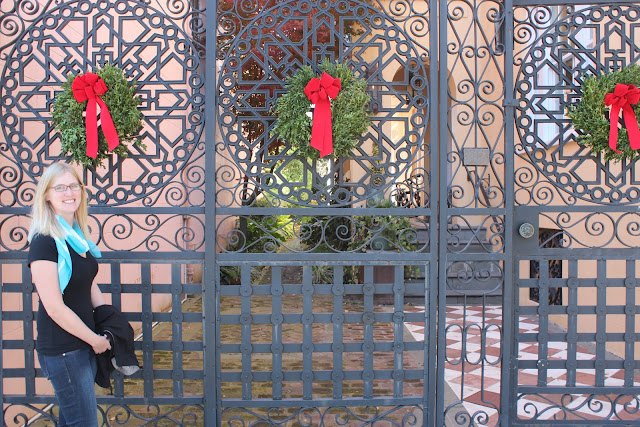 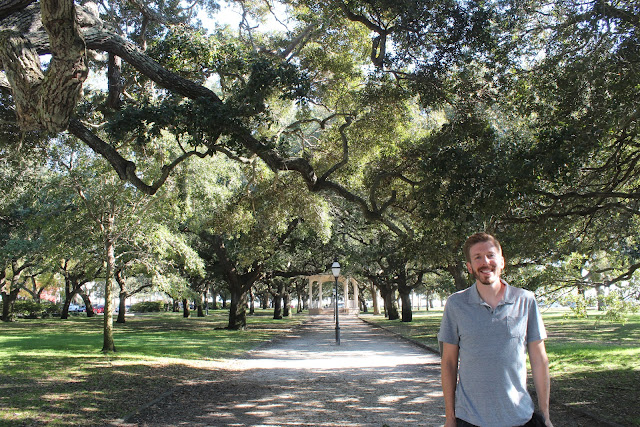 We left Charleston and started towards our next destination: North Carolina. 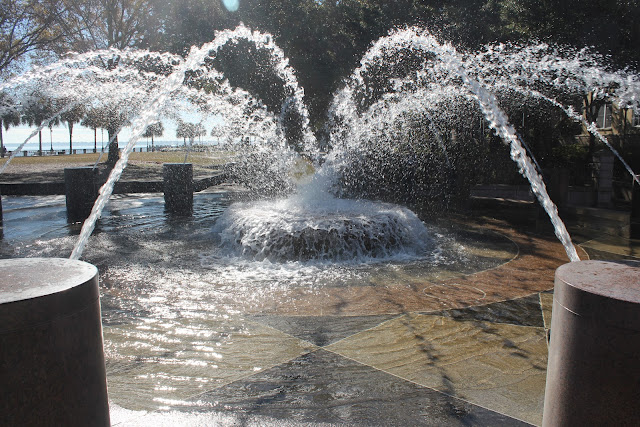 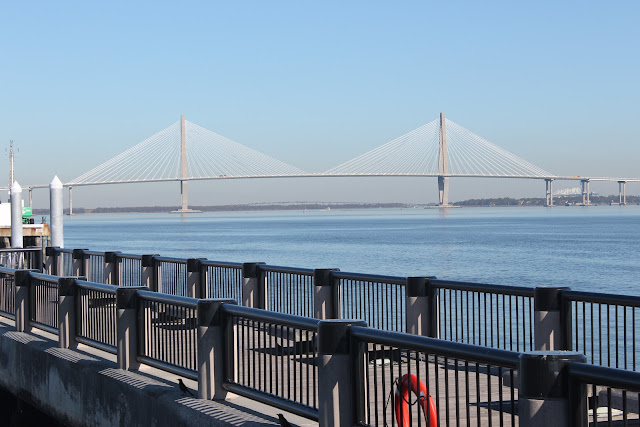 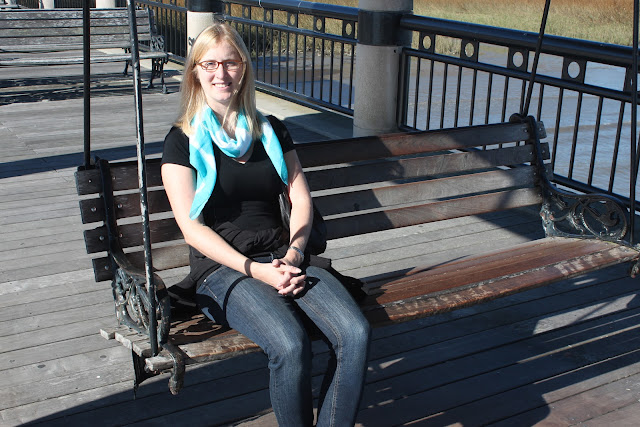 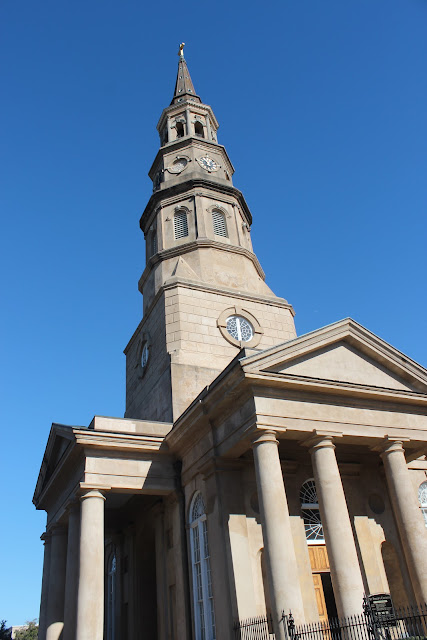 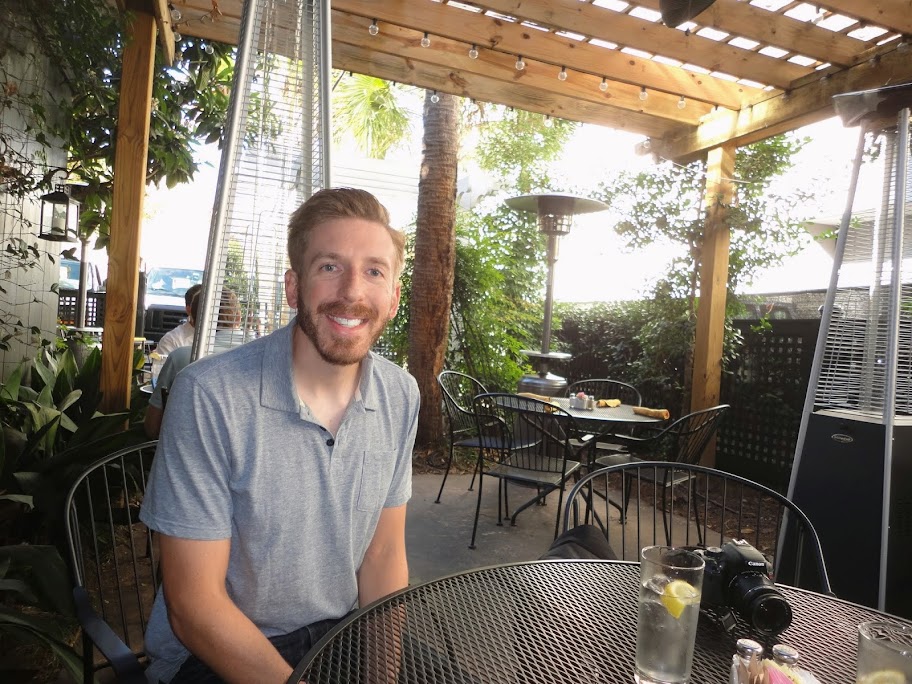 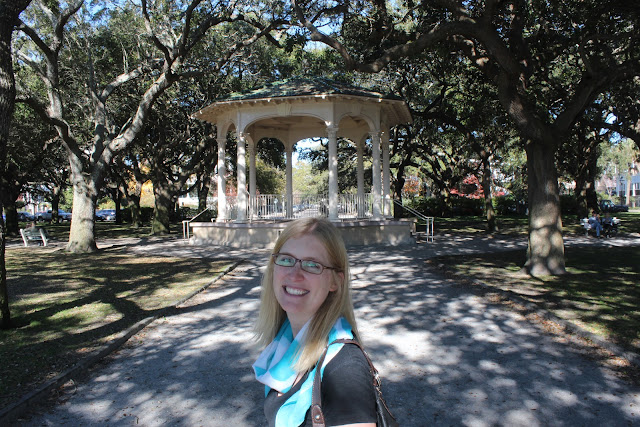 One thought on “Charleston, SC”