With Jon on the east coast, I had a weekend to myself to explore. I invited a few friends to meet me, but they were unable to so I decided to check out the Monterey Bay area as one of them suggested.

I stayed in Seaside, just outside of the popular Monterey, with a lovely family who were very friendly and accommodating and who I met on Airbnb. On Friday when I woke up, they had homemade granola on yogurt for me. After a while I headed out to Monterey. My host told me where to go for free parking, so I went just beyond the town and parked right off of the Pacific Coast Trail. I walked the trail for a while enjoying the view and looking for sea otters. 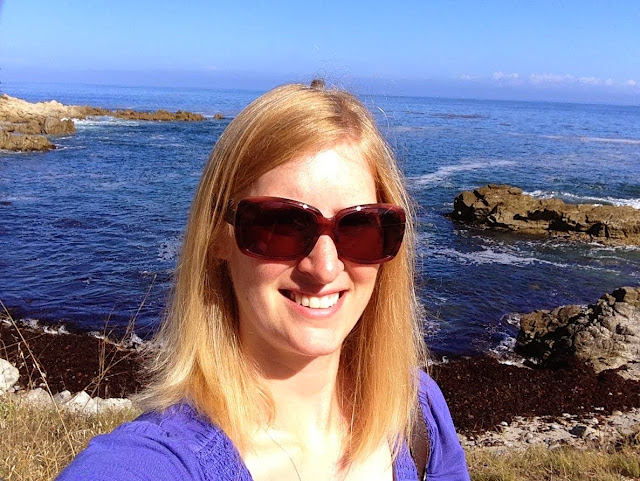 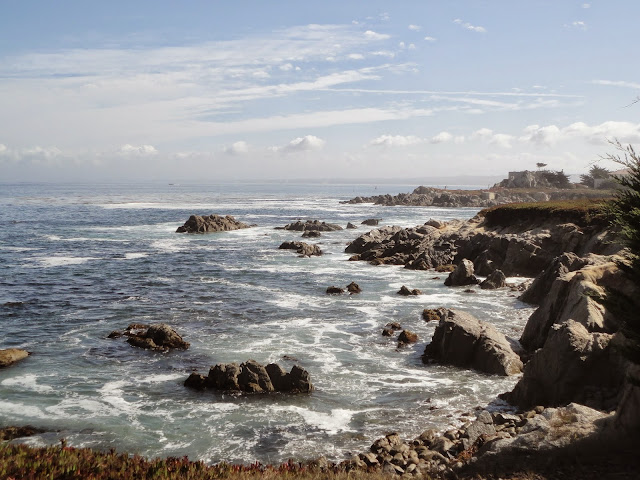 At noon I grabbed a bite to eat from Happy Girl Kitchen. Happy Girl Kitchen was a vegetarian coffee shop. They served one sandwich of the day which was good, but I would have been a happier girl if it came with a side dish. They also sell local honey’s and jams. 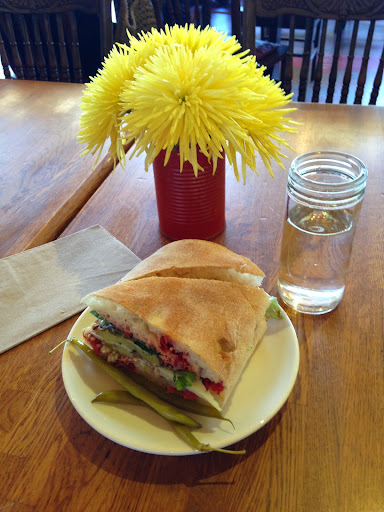 After eating I went to the Monterey Aquarium. My host family had guest passes so I was lucky and able to go at a fraction of the cost of a normal ticket. The aquarium was fun and I was able to spend a lot of time there. The exhibits focus on local sealife including the Wharf, Deep Sea, and Kelp Forest. To me the most interesting part was learning that the Monterey Bay has a deep below water canyon that makes deep sea exploration possible without traveling far from the shore. 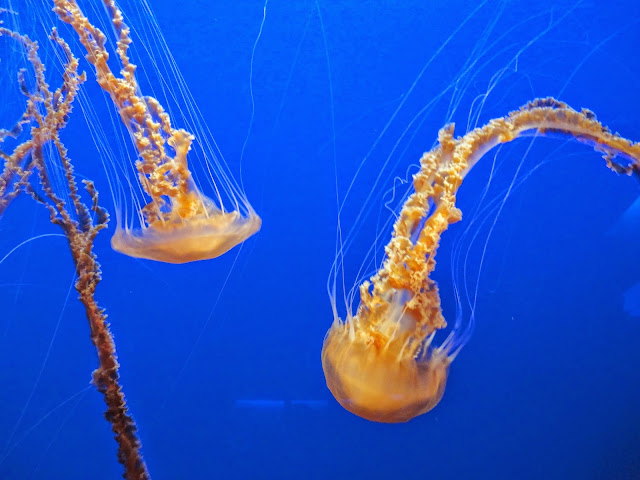 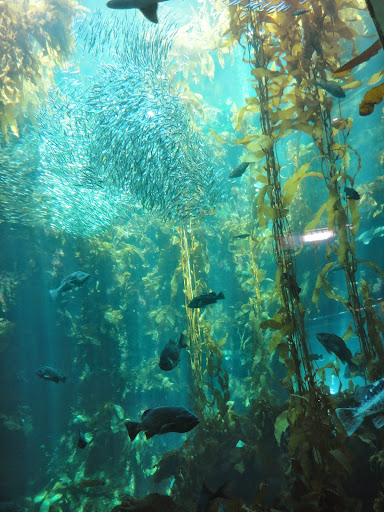 Afterwards I walked around Cannery Row, which was a nicer part of town aimed at tourists. It was mainly restaurants and souvenir shops. Exhausted but not yet hungry for dinner I went to the house to relax. 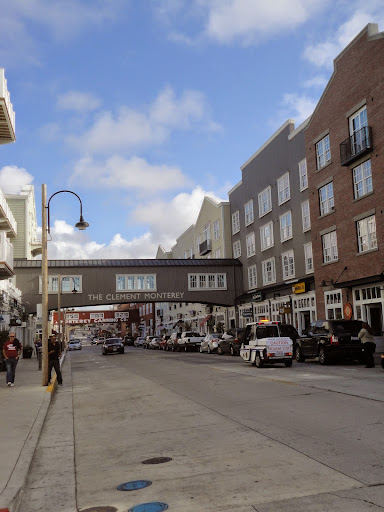 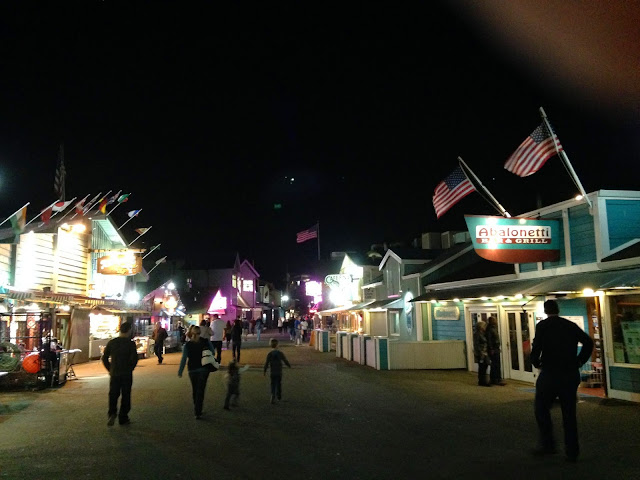 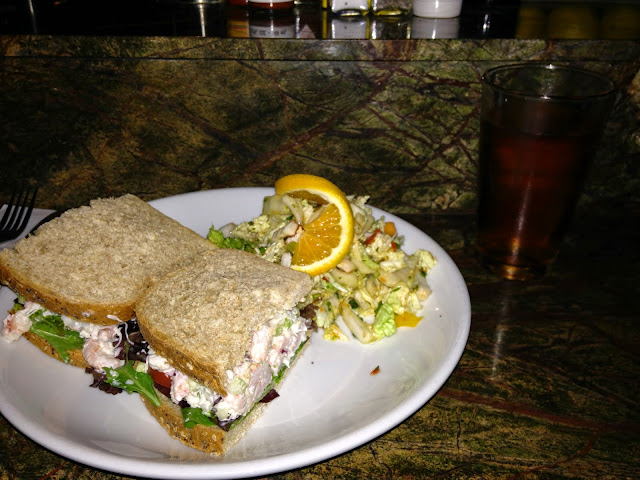 Dinner at the Grotto Market Place

Saturday, after a great breakfast of pancakes, my host was nice enough to offer me her bike. I rode towards the coastal bike trail which Monterey has to keep bikers and walkers separated from the cars. Since the previous day I had visited Monterey, I decided to turn north and I rode to Fort Ord Dunes State Park. Fort Ord had a few signs explaining ruins of the Fort. About half way into the park there is a path between dunes for beach access. I walked down to the beach. It was a chilly day and the beach was deserted, although the air above the dunes was filled with hang-gliders and parasailers. 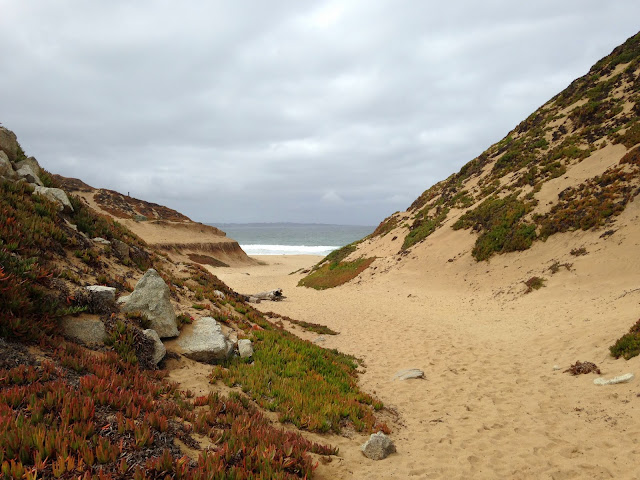 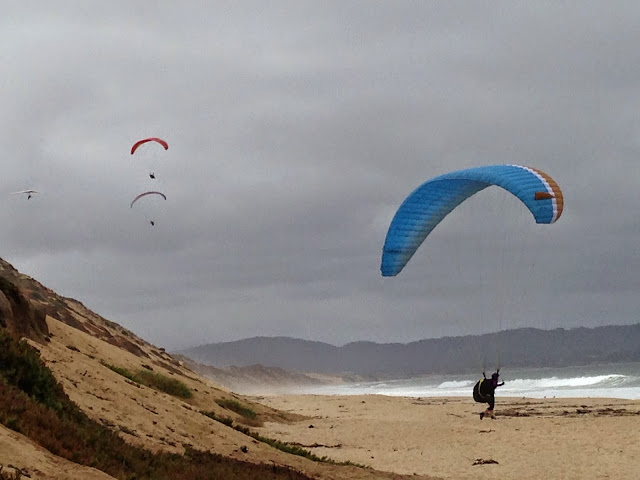 I rode back and stopped for lunch at Noodle Bar. I found Noodle Bar on Yelp, but was excited to see that there was a line so I knew it must be pretty good. I got a 5 spice chicken bowl (which was the most popular dish on yelp) even though everyone around me had pho. It was good and hit the spot. I spent the rest of the afternoon recovering from my bike ride. For dinner I walked to Sushi Time. Sushi Time had a nice dinner platter with salad, miso soup, rice, and a choice of two basic rolls. They food was good but didn’t stand out much. What I really wanted to try were the special rolls which looked amazing, but since I was by myself I thought that was too much food. 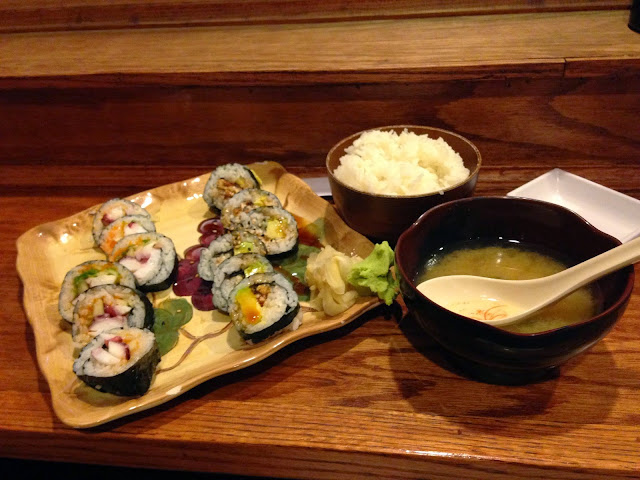 Sunday I decided to check out Carmel by the Sea. It was cloudy and a bit rainy when I set out. Never the less, I liked Carmel. It was finally the type of beach town I was hoping to visit this trip. The shops were expensive, but I enjoyed walking up and down the nicely kept streets and window shopping. After two hours I moved my car towards the water, which was several blocks away and not seen from town. I also grabbed brunch at Katy’s Place, a recommendation from my host. Breakfast was good and their country potatoes were fantastic. Also Katy’s was definitely popular. 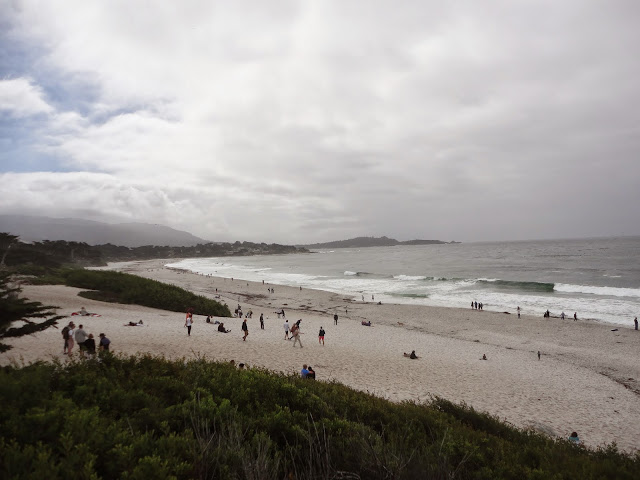 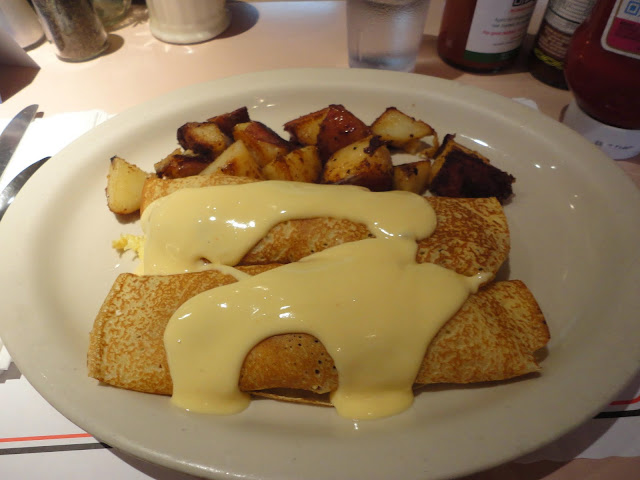 When I finished eating Shela (my host) had sent me a text inviting me to go tomato picking, so I did. I arrived at Serendipity Farms just as Shela and her friend were finishing up picking not just tomatoes, but also basil, raspberries, and strawberries. 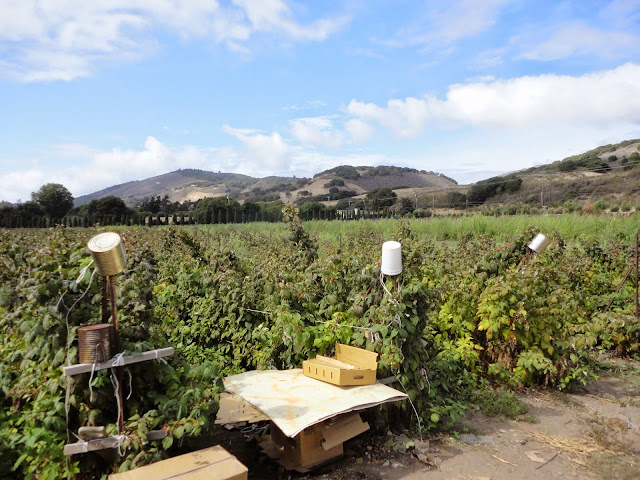 They invited me to join them for the rest of the day. First we went with some of their friends to Corkscrew, which is their favorite hangout spot. Corkscrew had a lovely shaded garden to sit in among flowers, grape vines, and even a lemon tree. We also ordered several pizzas including unique flavors like Meyer Lemon which was surprising good and refreshing. While eating I mentioned I had drove by the Mission Fiesta (a church fair like event) which they wanted to go check out. Before that however, we stopped by Los Laureles Pool Bar (another of their favorite haunts) for a last cocktail of the summer as Los Laureles was shutting down for the winter that evening. By the time we got to the Mission the Fiesta had wound down and clean up had started. Still, I enjoyed seeing the historic mission and we were able to get some balloons for Shela’s daughter. Shela and her friend’s generosity extended even more when they invited me to Tran’s Noodle House. I really wasn’t hungry at that point but enjoyed a Boba tea while they got pho.

Later in October when Jon and I traveled down Route 1 we drove back through Monterey. This time our path took us few a more more nice areas of Monterey filled with boutique type stores that I had missed exploring alone. 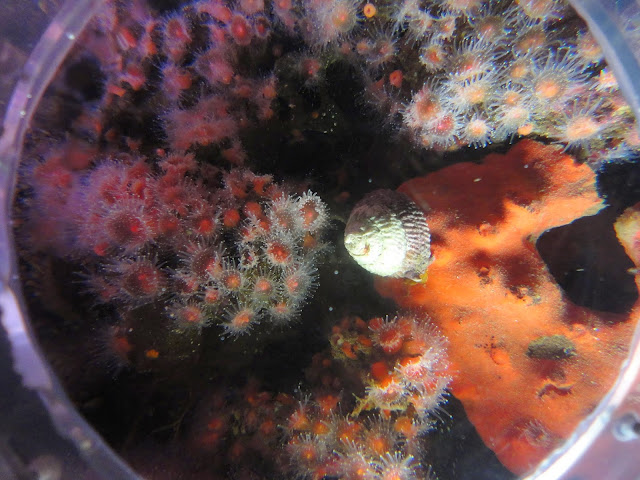 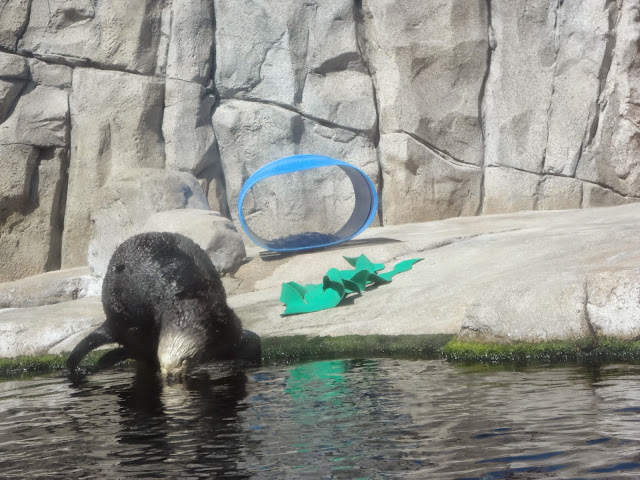 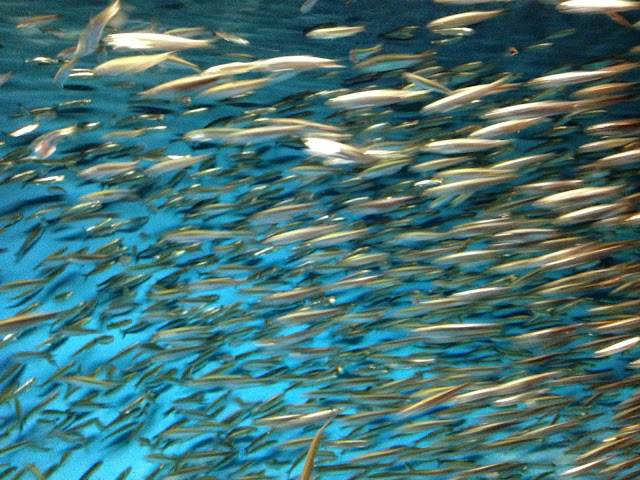 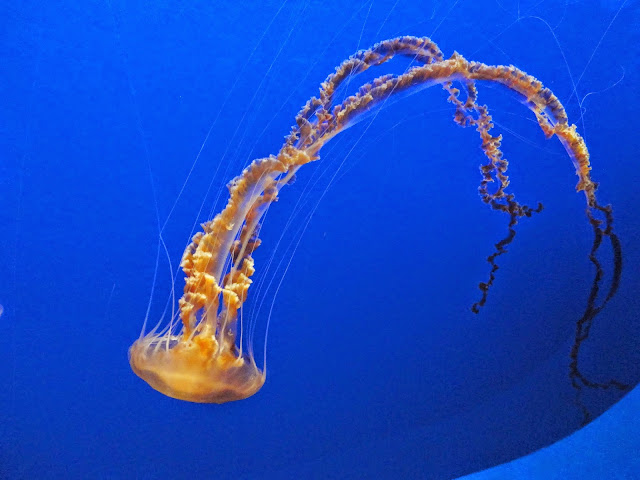 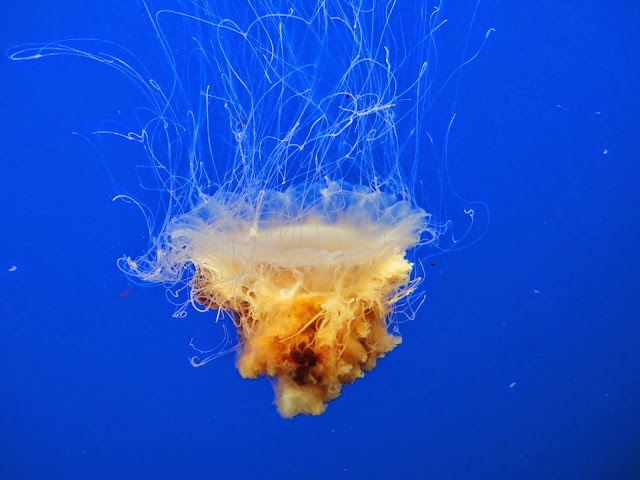 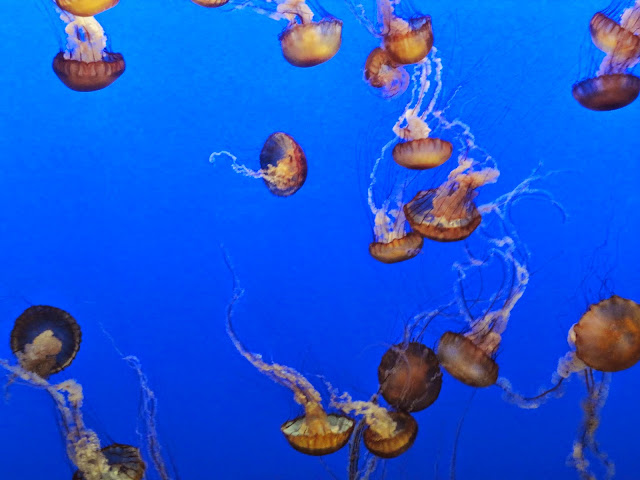 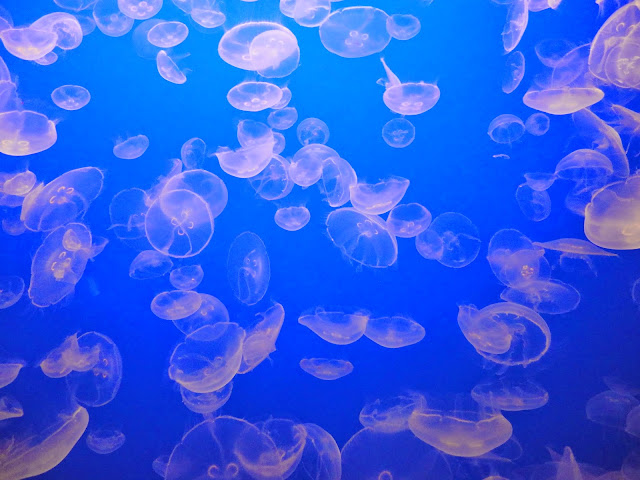 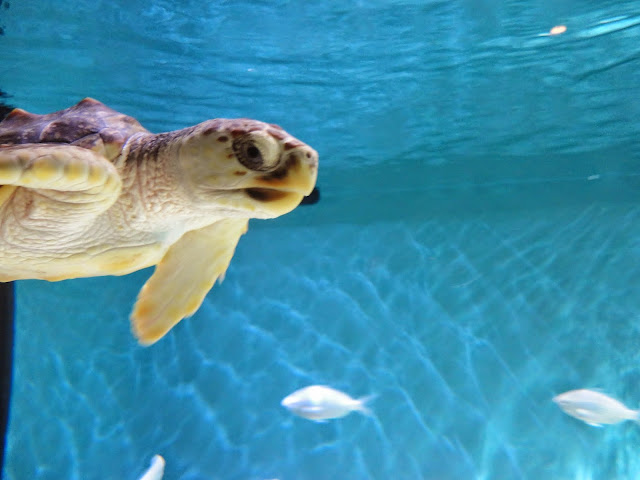 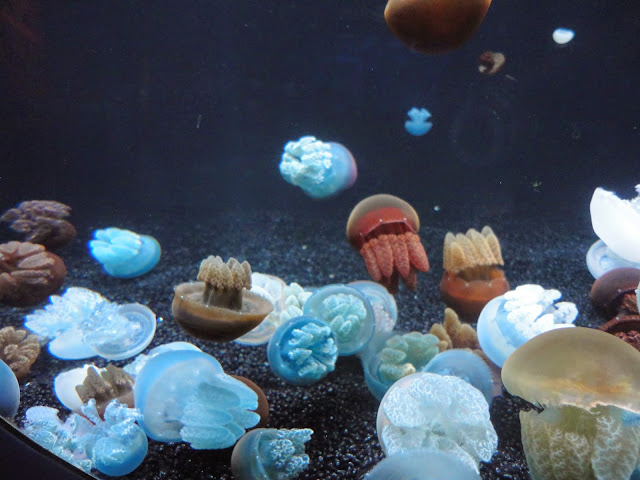 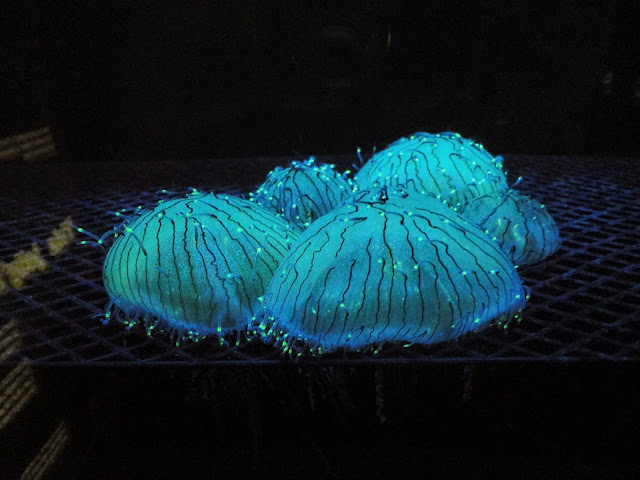 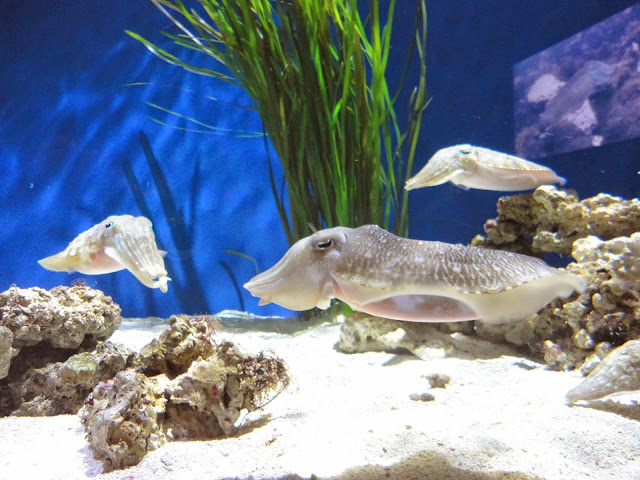 One thought on “Monterey Bay, CA”