It’s no secret that Old Rag is our favorite hike in Northern Virginia, but it requires a day-long commitment. The Billy Goat Trail in Great Falls Park is an excellent half-day trek for when we want a little challenge close to home. 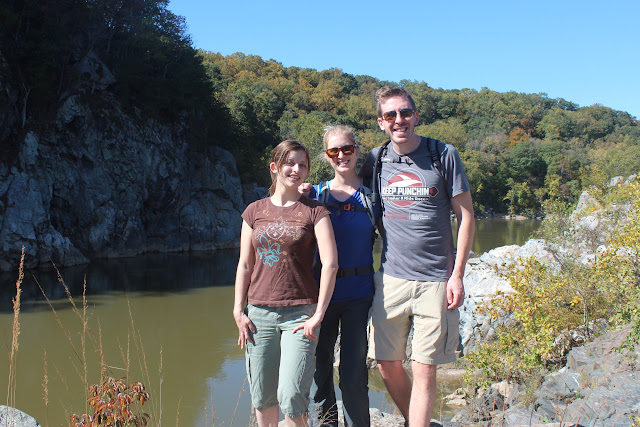 Best known for its rock scrambles and river views, The Billy Goat Trail is one of the most popular hikes in the DC area. For those unfamiliar with Great Falls Park, it is located in Fairfax Virginia, less than 20 miles from Washington, DC. The park spans the Potomac River and the Virginia-Maryland state line, but choose which side you visit wisely because there is no way to cross the Potomac River within the park.

Both sides of the park have picnic areas, hiking trails, and rock climbing. The Virginia side is usually more popular with out-of-town visitors because of its view of the Great Falls waterfall.

However, if you want to enjoy a hike or jog I would recommend visiting the Maryland Side of the River with the park’s other two main attractions, the C&O Canal and the Billy Goat Trail. There are several parking lots on the Maryland side of Great Falls; The Great Falls Tavern, Anglers’ Inn, and Carter Rock.

Section A is located between the Great Falls Tavern and Anglers’ parking lots. For our visits, we park at Anglers where there is free parking, bathrooms, and water fountains. However, Anglers also has a kayak launch point which can makes it crowded and difficult to find open parking spots. 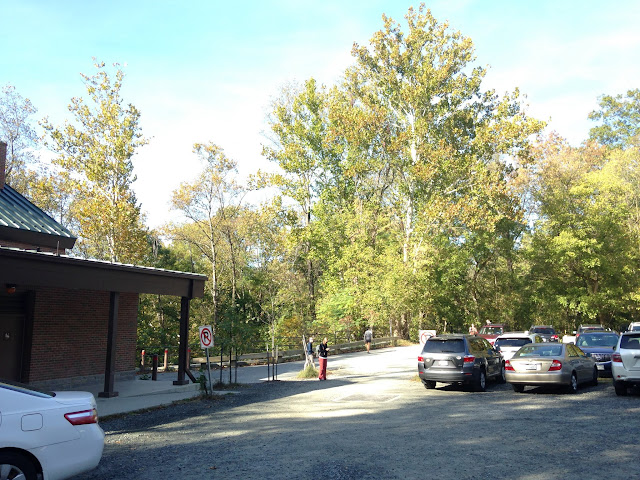 The parking area at Angler’s Inn

From Anglers, the C&O Canal is only steps away. The Canal runs parallels to the Potomac River. The towpath itself is wide, smooth, and beautifully maintained – ideal for a leisurely jog or walk. It is especially incredible in the fall as the leaves are changing or during the summer months when ducks and turtles are visible in the water. 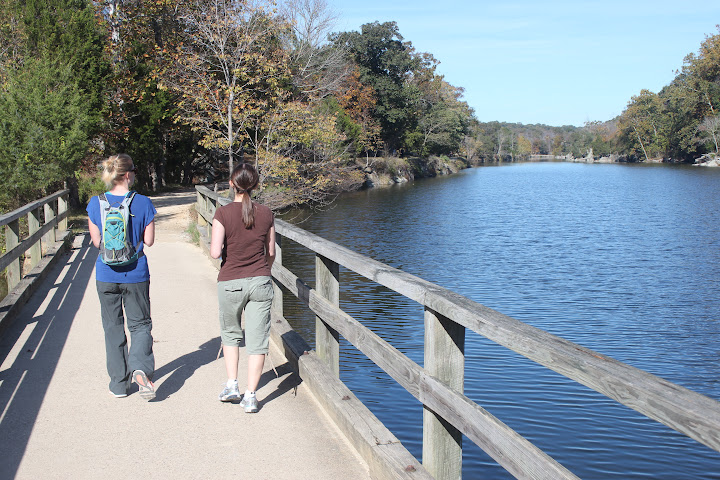 Heading north on the towpath takes you to section A of the Billy Goat Trail. It also takes you past some charming, historic canal locks. I strongly recommend passing the first entrance to the Billy Goat Trail and continuing to its northern most point to start the hike (approximately 1.5 miles). 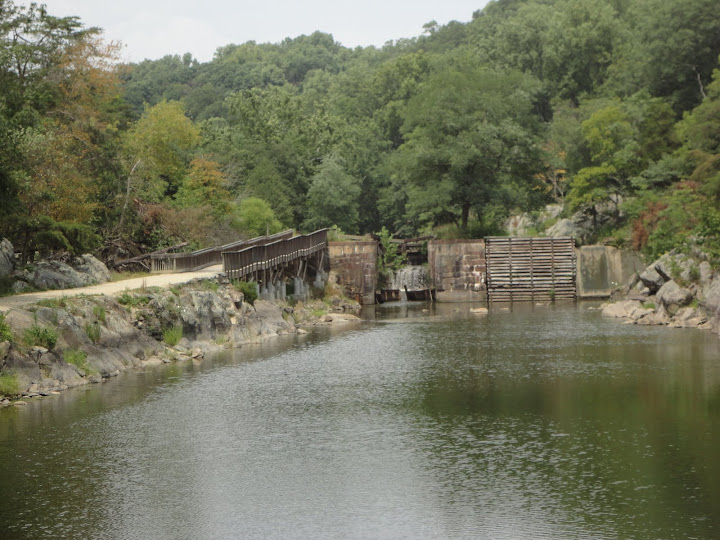 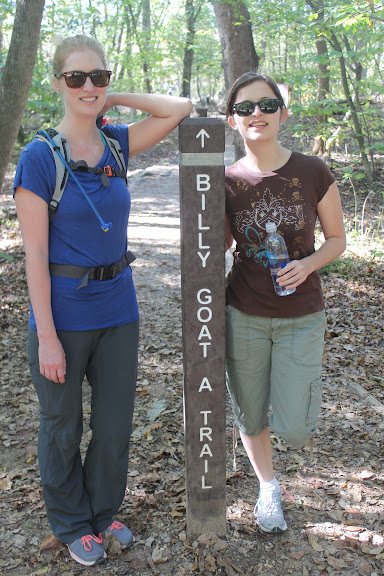 The start of section A has some nice views of the river but is relatively easy. Eventually, the trail continues over exposed rock marked with blue blazes. The rocks can make the trail a bit strenuous, but it isn’t too difficult. The terrain continues to get rougher, and you can cut your own path over the rocks choosing easier or tougher routes. (In some locations simply walking behind the rocks is an option instead of climbing over them.) 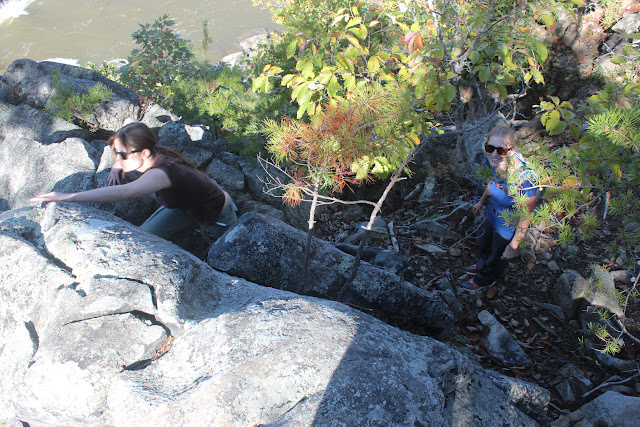 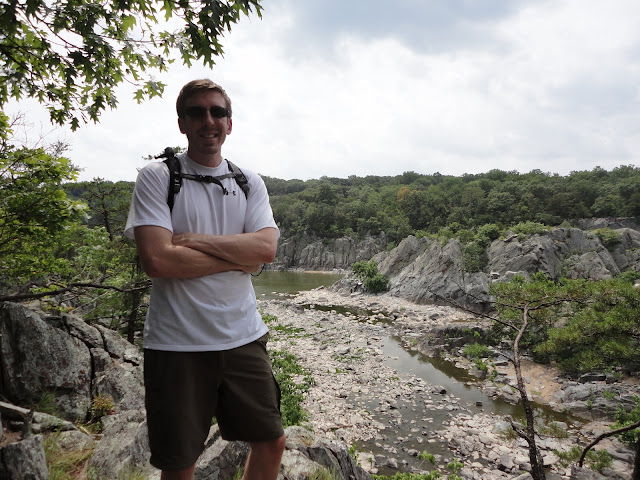 Although we knew there was a rock scramble ahead, we took some of the tougher routes. Along the trail (and across the river on the VA side) are several areas where rock climbers like to tie off and climb down to the river below and back up. About one mile into the trail, there is a relatively tall rock formation. Rather than backtracking a few yards, we decided to free climb it which was doable but a bit harrowing. The groups around us divided themselves between those willing to climb it and those who walked around another way. 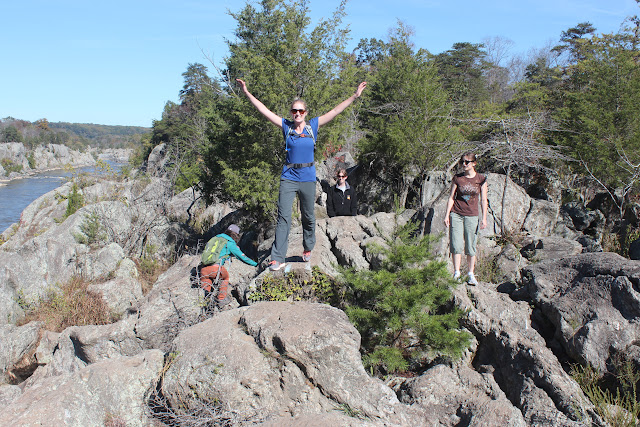 There are several fun areas where rock scrambles are required of those hiking the trail. The trail culminates in a vertical climb of approximately 50 feet along a steep, cracked slope. The main reason I recommend walking the trail from the top down is to avoid a traffic jam at this location. Section A may not be the right choice for hikers bringing younger kids because of this steep climb. When we arrived, there was a line of people waiting to climb up while two timid hikers were making their way down. Once they were down, several groups started up before the next group needed to come down. When we finally got to climb up, we did okay although there were a few tricky parts and a few scratches before we were through. 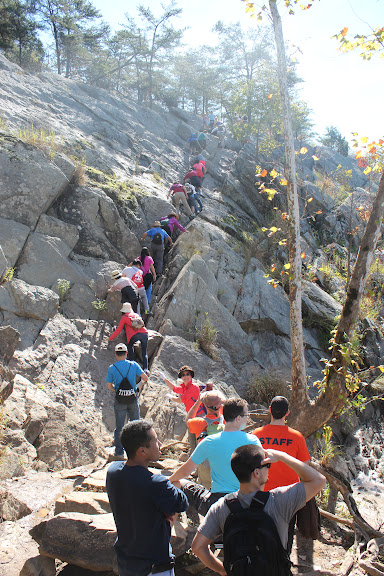 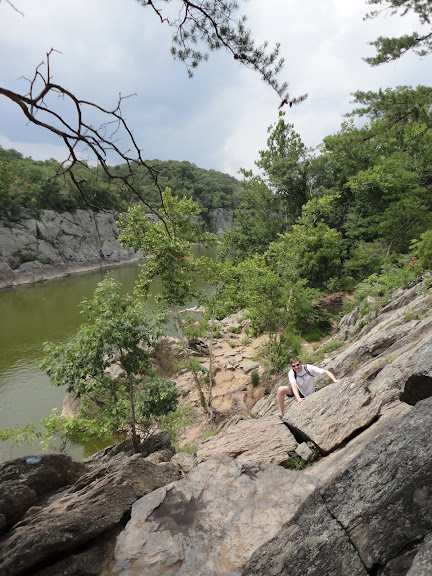 The rest of the trail contains rocky ground and may slow you down, but isn’t as difficult as the slope preceding it.  Section A (1.75 miles) ends back on the towpath which took us to Anglers. Sections B (1.4 miles) and C (1.6 miles) are also accessed off of the towpath, but we’ll save those for another day. 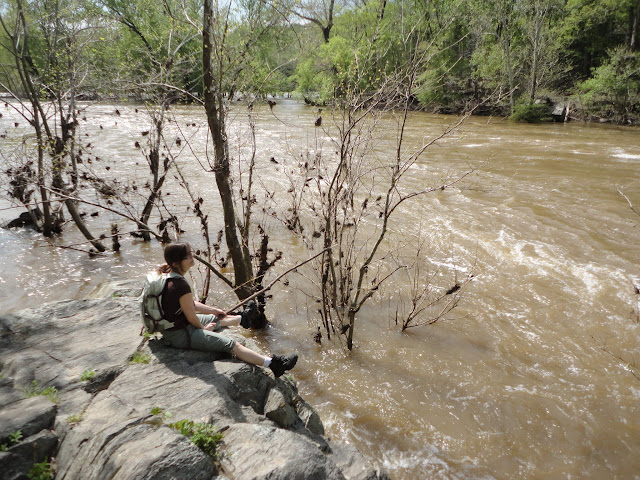 High spring waters had parts of the trail closed – May 2014 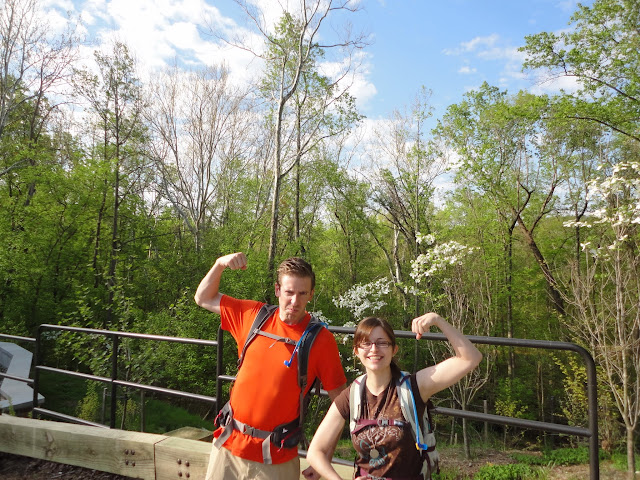 Yes, Marisa is wearing the same outfit on multiple visits. 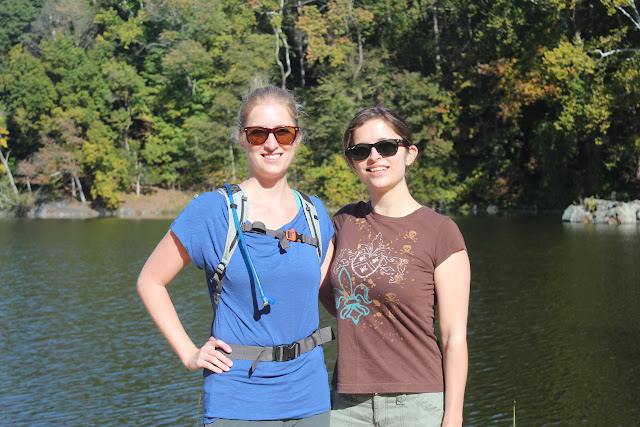 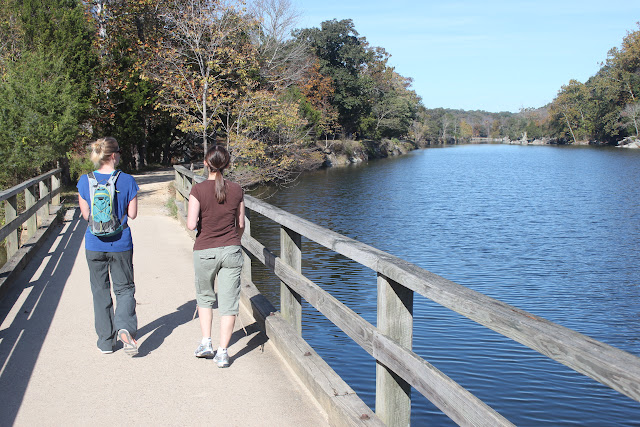 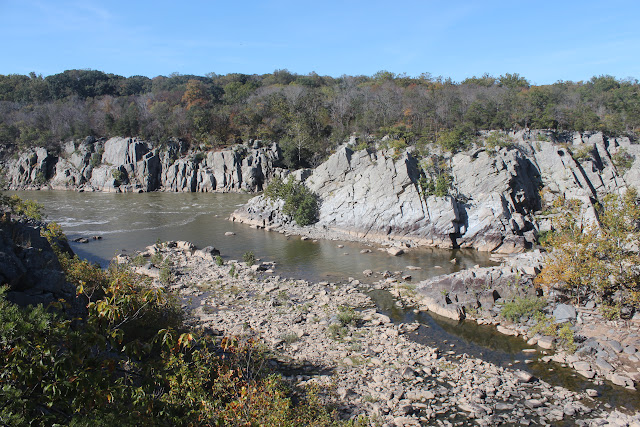 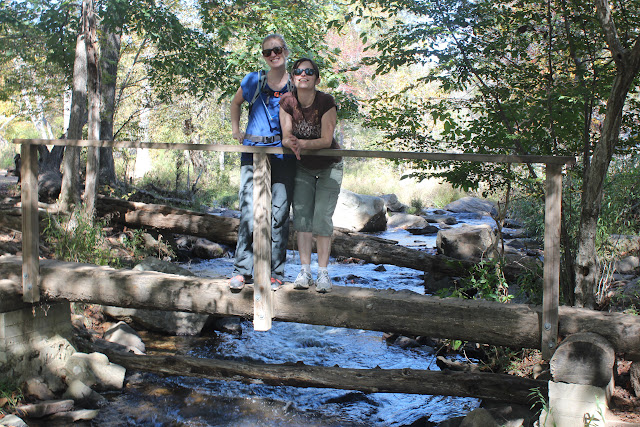