There is something special about Inle Lake. The flat water reflects the white sky as fisherman float by delicately balanced on the stern of their boat. We were lucky to be able to join our new hiking friends to explore this beautiful region and some of its villages. 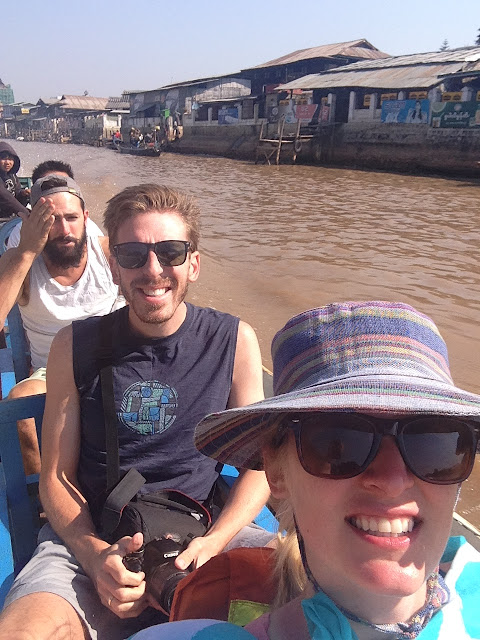 We made it to Inle Lake by trekking overnight, and although our first impressions from the boat ride across the lake were good, we were ready to take a hot shower and relax. We walked from the end of the trek to the Queen Inn guesthouse which had been recommended to us by the trekking company. The bags which we had sent ahead of us were waiting in a luggage room for us. The Queen Inn must accommodate many trekkers because when the lady at the front desk saw us she told us to relax and take a hot shower and come back when we were ready with our passports to finish checking in. We were shown to a large room which had a private bathroom and given glasses of juice.

At 7pm we walked to the corner of the town market to meet 4 other travelers from our trek. Nyanug Shwe was surprisingly big and although the walk to the market was far, we hardly scratched the surface of the city. The main road Yone Gyi Street had several small restaurants and bars along it and a few were advertising happy hour, which the trekkers were excited to see. We looked at a few happy hours and finally went to the Inle Palace where we sat on a second level patio. The drinks were good, although several drinks normally made with lime juice were made with lemon juice instead.

For dinner all six of us went to Live Dim Sum. Live Dim Sum was highly rated on Trip Advisor and mentioned on other travel websites. Unlike Dim Sum in America, the food was ordered from the menu and not taken from carts pushed through the restaurant. We ordered a lot of food and it was all very good. We had a Peking duck and tons of steamed buns and dumplings. We also had a bottle of whiskey brought to the table. By the time we had eaten and drank our fill it was late and we were tired. We said goodnight but made plans for the following day to tour the lake. 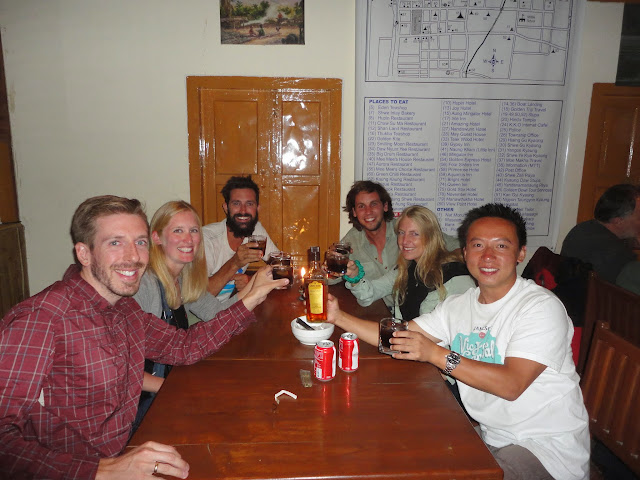 Our day started with breakfast at the hotel. We had a choice of a banana pancake or fried eggs. Both meals came with toast and fruit. From the hotel we walked to the boat dock to meet our friends from trekking. At the boat dock we were easily able to hire a boat to take us on a tour of the lake ($15.00/boat). 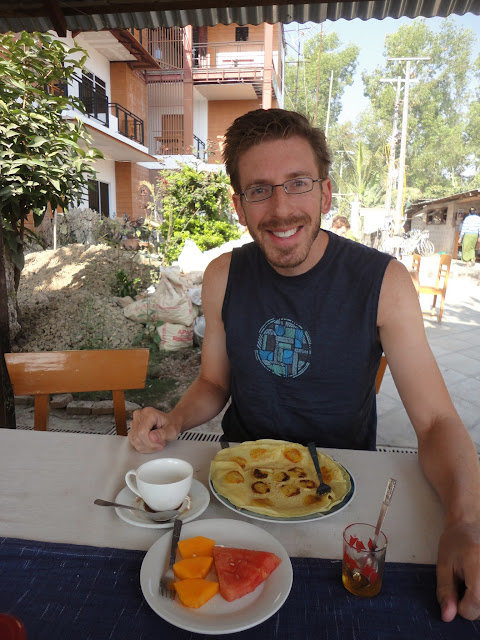 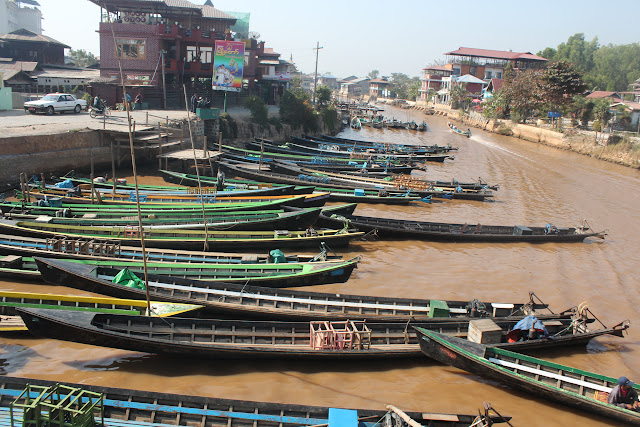 As the boat left Nyaung Shwe for the lake, we passed traditional fisherman. Fishermen on Inle Lake are famous for their unique style of rowing their boats using one leg to control the oar while they balance standing on the stern of the boat. This style of rowing frees their hands to throw the fishing nets, however we were told that the rowing style actually came from the need to stand in order to see over the reeds in the lake while navigating the boat. 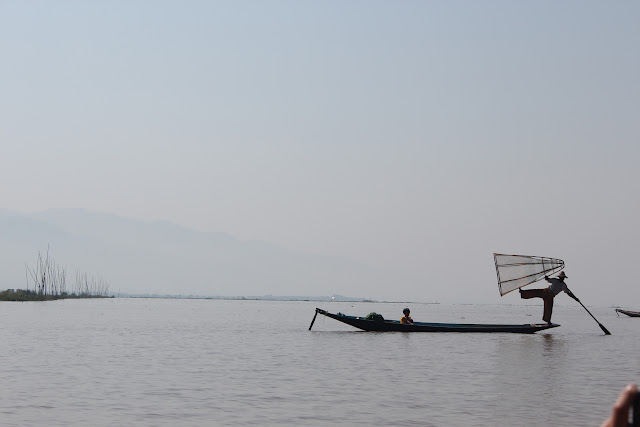 The first few fishermen we saw paddled out as our tour came by and went through the movements posing with the paddles in their legs. They seemed to be planted there to ensure that all of the tourists saw an iconic fisherman and were able to get the photographs they want. Luckily, later on the tour we passed many more genuine fishermen who were still rowing while standing but where more occupied with casting their nets than posing for us. 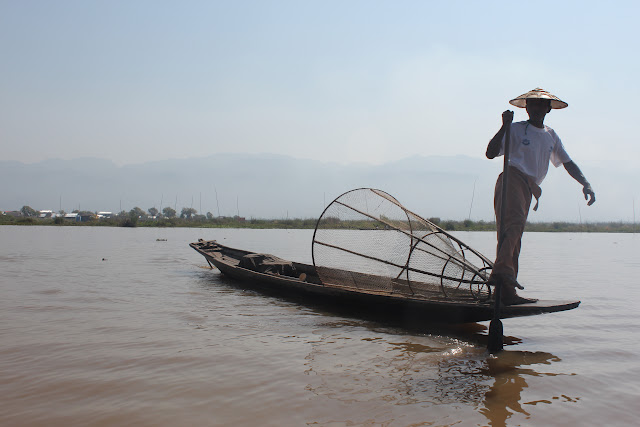 Outside of the Nyaung Shwe canal the lake widens greatly. Early in the morning the water of the lake was calm and mirror like. In the distance the overcast clouds (or possibly smoke) reflected white off of the water, while close up we could see straight through the water to beds of lake weed. Seagulls were the most prominent animal life on the lake and, like the day before, we often saw them trailing boats. 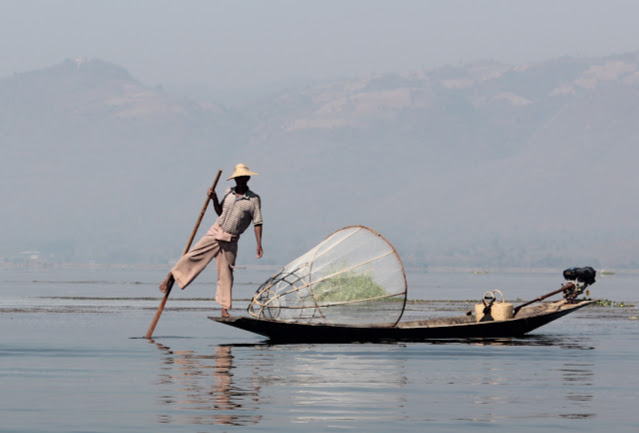 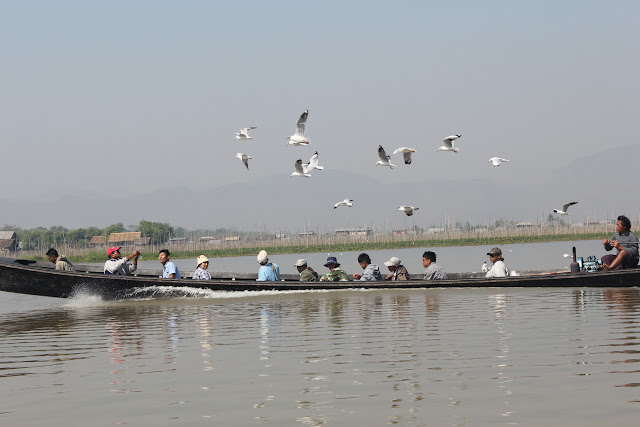 The first village we stopped at on the lake was Heyar Yawrma. Some engine trouble by lake weed caused our guide to paddle us to a silver shop where we browsed while he untangled the engine. When the engine was working again, we were taken a few stores further into Heyar Yawrma to Win Yadanar. Win Yadanar was a weaving and handcraft market run by the Kayan (Padaung) Tribe. This was probably my favorite stop of the day. The Kayan Tribe is known around the world for elongating their necks as a sign of beauty. The women achieve this by wearing heavy metal coils around their necks starting at a young age. While we were there, there was one Kayan lady who was wearing the traditional coils. She was very welcoming and allowed tourists to take pictures with her. Behind her, three younger girls, wearing less neck coils, sat and demonstrated the traditional weaving. 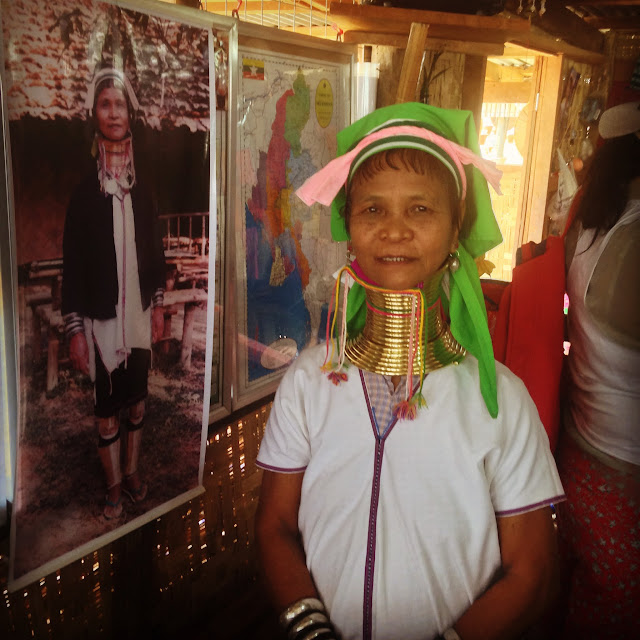 Traveling through the lake we went past the floating village, built on stilts over the water. 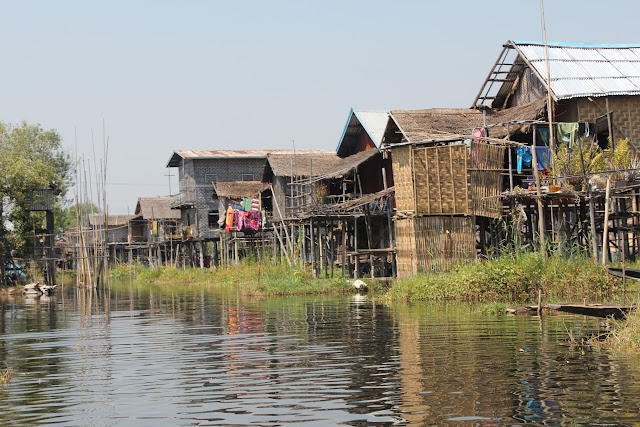 The next village we stopped at along Inle Lake was Inn Paw Khone where the Khit Sunn Yin lotus, silk, and cotton hand weaving centre was located. The weaving center was another very interesting stop. First they showed us how fibers from lotus plants are used to create a string of lotus silk which can be weaved with. Most of the rest of the factory was comprised of looms where silk, lotus, and cotton were being turned into fabrics. The looms were more modern, but were memorizing to watch as the weavers controlled up to 4 pedals with their feet while pushing the shuttle between the threads. 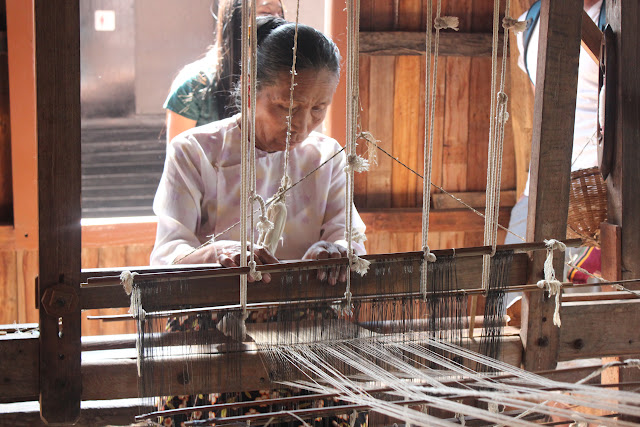 By the time we left the weaving center we were getting hungry and asked the boat driver to take us to lunch. There were many similar looking restaurants on stilts and full of tourists around the lake, and it was to one of these he took us. He said was was cheap, but it wasn’t as cheap as a place in town. The meal was fine, but some of the group was unnerved when the building swayed as boats passed in the water. 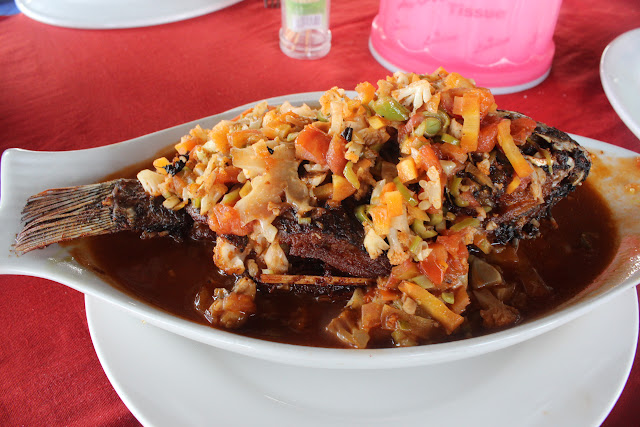 Besides for the unique fishing style, Inle Lake is also known for its floating gardens. From the water the floating gardens look like little islands. In reality they are gardens planted on mats of lake weed and staked into the bottom of the lake so they don’t float away, although they do float up and down with the water level of the lake. We pasted through a large floating garden area on our way to the next stop. While in the gardens two small girls in a boat floated over and handed everyone flowers. The guys in our trekking group offered them pins of New Zealand, but soon we realized they wouldn’t leave without some money. 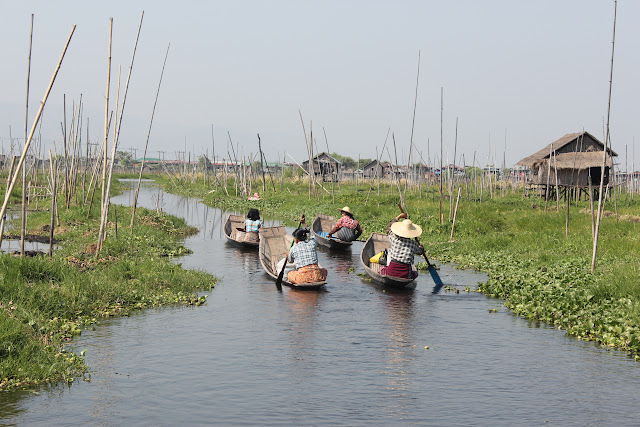 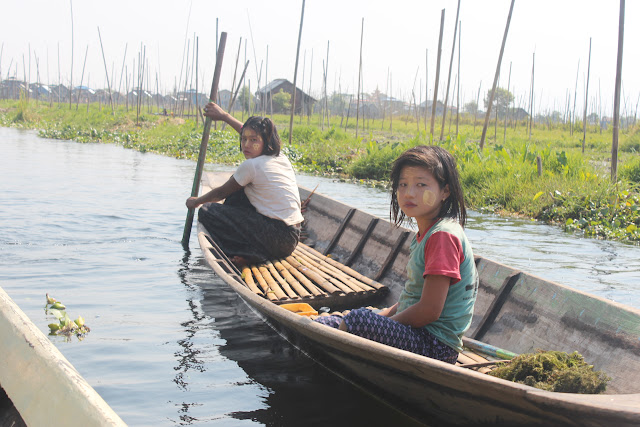 Our last stop on the tour was to the Nga Phe Kyaung Monastery. The monastery was the only stop on the lake where spaghetti straps and shorts were not allowed. There were some Buddha statues in the monastery, but the most unique feature was that it was on stilts and not solid land. 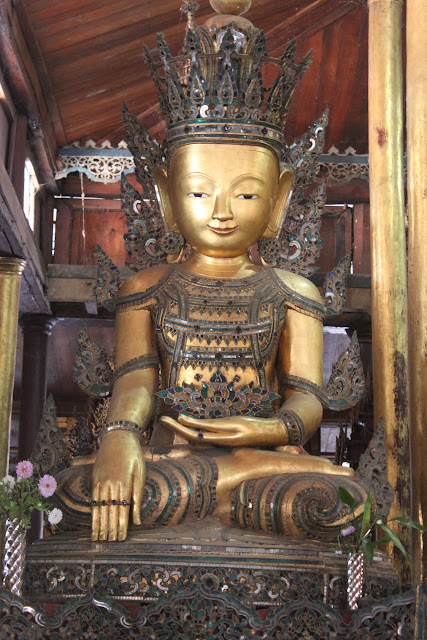 On the way back to Nyaung Shwe we convinced the boat driver to stop at a floating garden so some of the guys could walk on it. It moved under their weight and after several minutes they were up to their ankles in muddy water. When we reached the dock in Nyaung Shwe, we bid the other trekkers goodbye. It was great to find some friends for a few days to enjoy the sights of Inle Lake with. 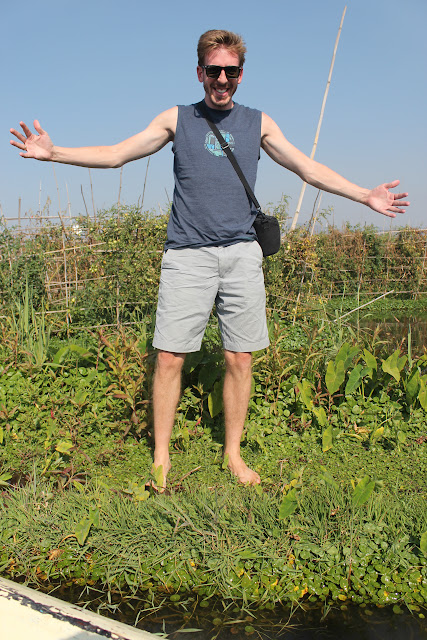 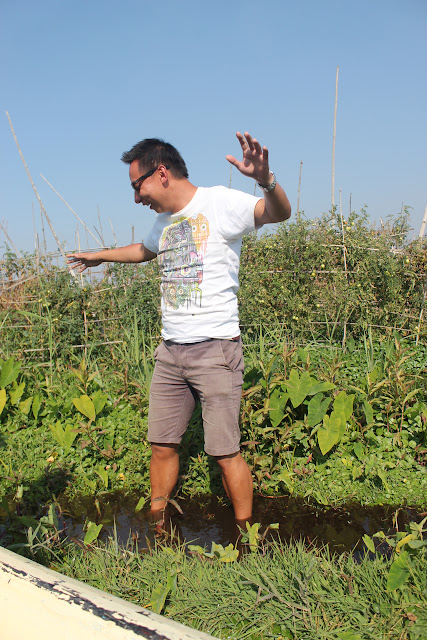 That night for dinner, Jon and I ended up at Min Min’s where we decided to order Burmese curry because we knew it would be our last meal in Myanmar.

We woke up early because we had a plane to catch, yet we still had time for breakfast at the hotel. We had decided that we did not want to suffer through more land travel in Myanmar and had booked a short flight to Mandalay. Around 8am a taxi, which we had prearranged through the hotel front desk, picked us up to take us to the Heho airport ($18). The taxi was a nice SUV and the estimated hour long ride only took 30 minutes. The Heho airport was small. Our flight on Air KBZ was delayed for an unknown reason. Luckily, we had plenty of time before our next flight and weren’t affected. Our transfer in Mandalay also went smoothly, although we weren’t allowed into the gate until an hour before our flight was to board. We were flying out of Myanmar on Bangkok Airways, one of our favorites, and would have preferred to wait in their lounge. Once we were able to get into the main terminal, we were pleasantly surprised to see that, while Bangkok Airways didn’t have a private lounge, they did have a voucher for free drinks and snacks at an airport restaurant. Having booked 3 individual flights for the day, we were concerned about delays and making our subsequent flights, but the flight out of Myanmar and through Thailand went smoothly, and we continued on to Singapore. 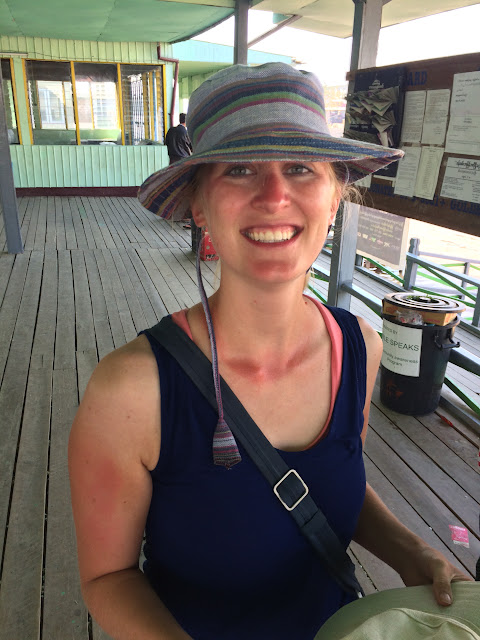 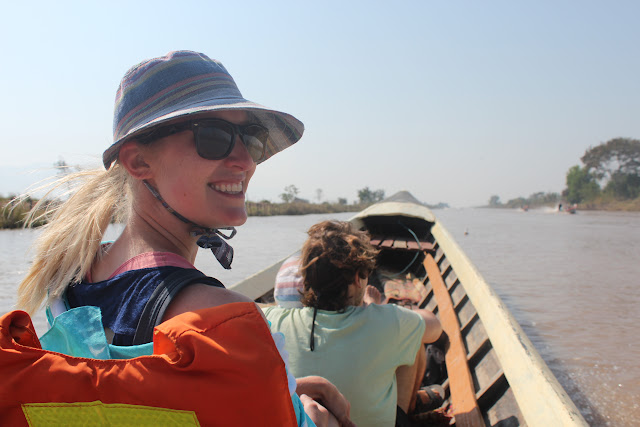 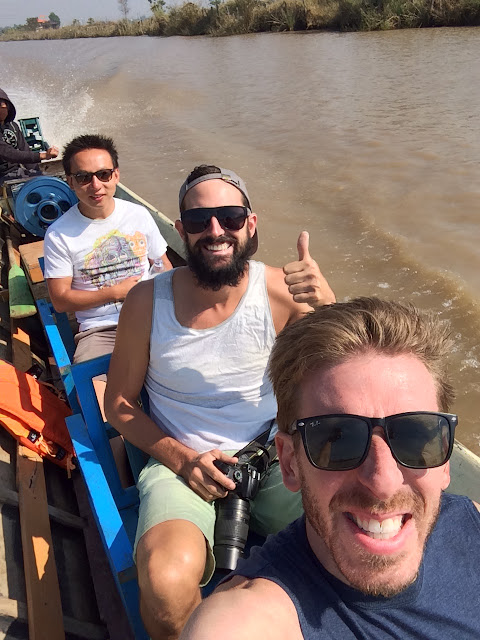 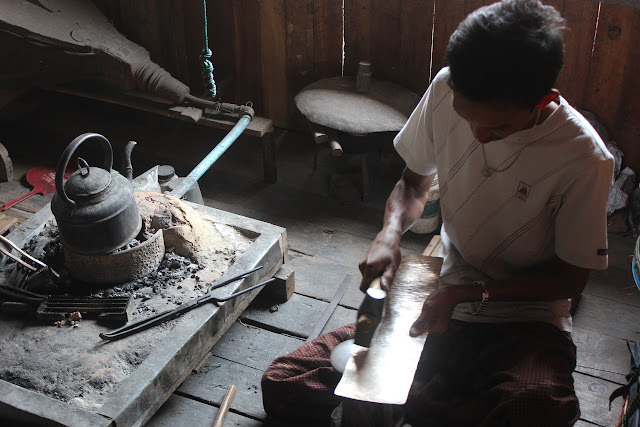 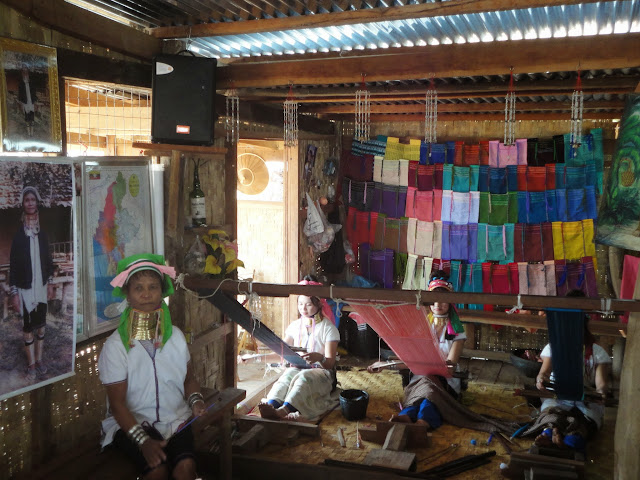 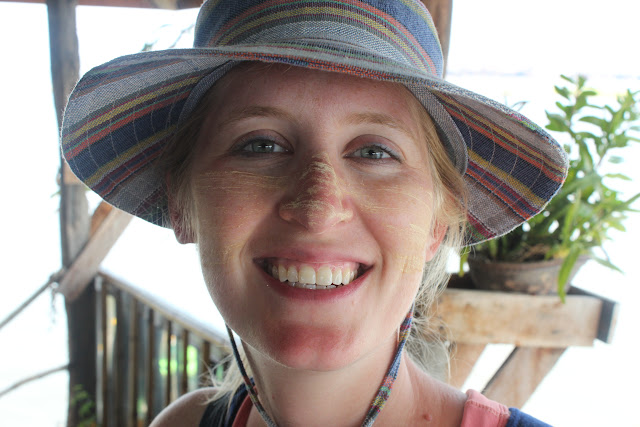 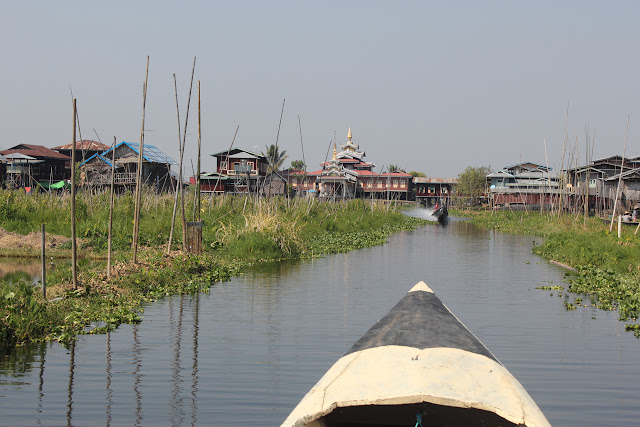 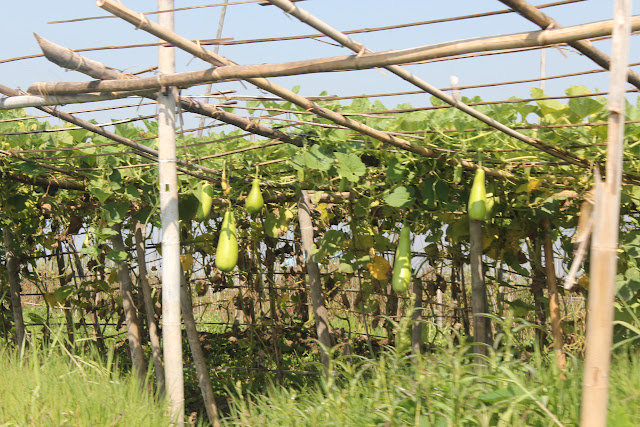 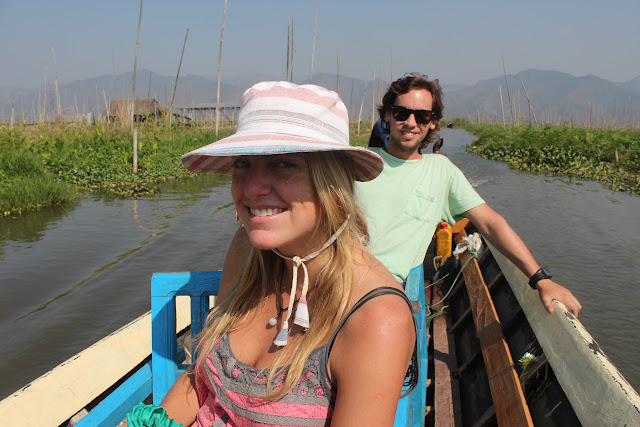 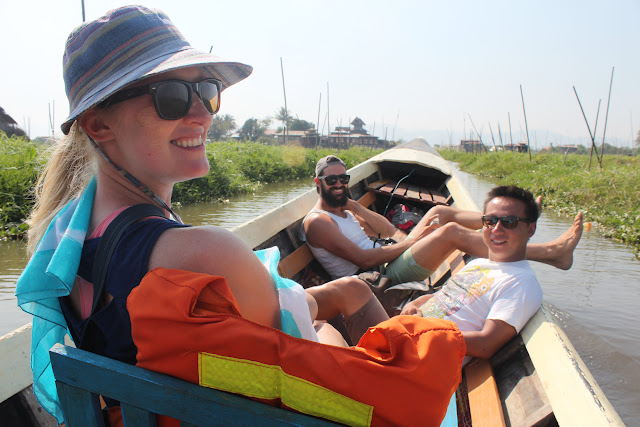 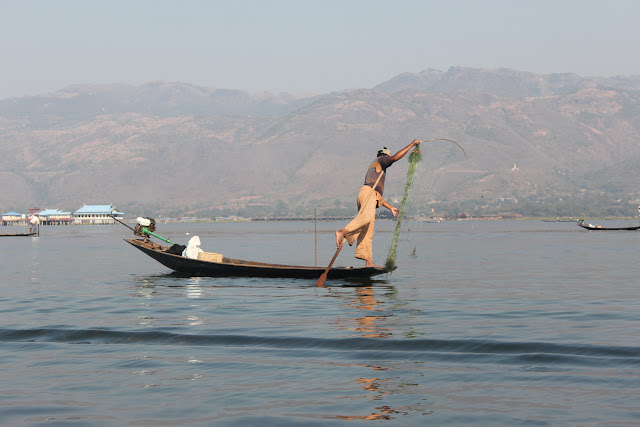